At a media day prior to Super Bowl 55 in Tampa Bay, Kansas City Chiefs safety Tyrann Mathieu spoke about what kind of challenges playing against Tampa Bay Buccaneers quarterback Tom Brady presents and what he thinks keeps no. 12 playing at an elite level. (Heidi Fang/Las Vegas Review-Journal) 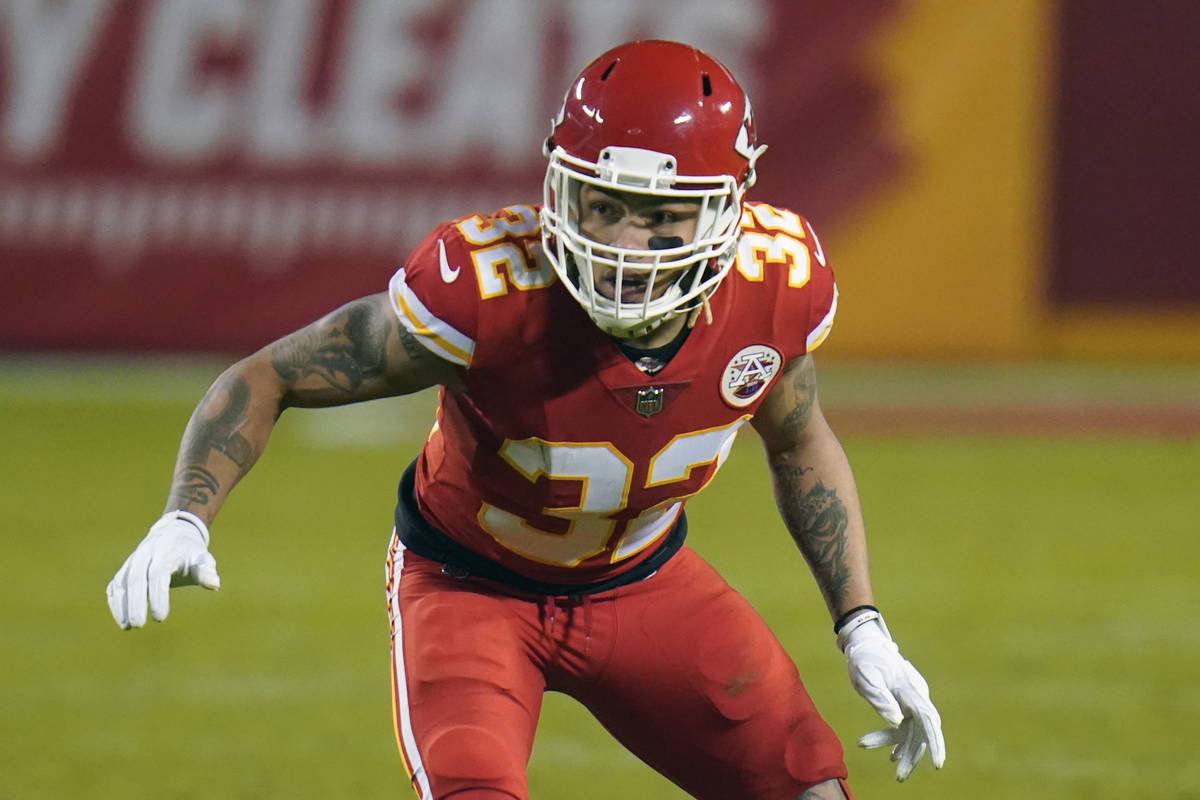 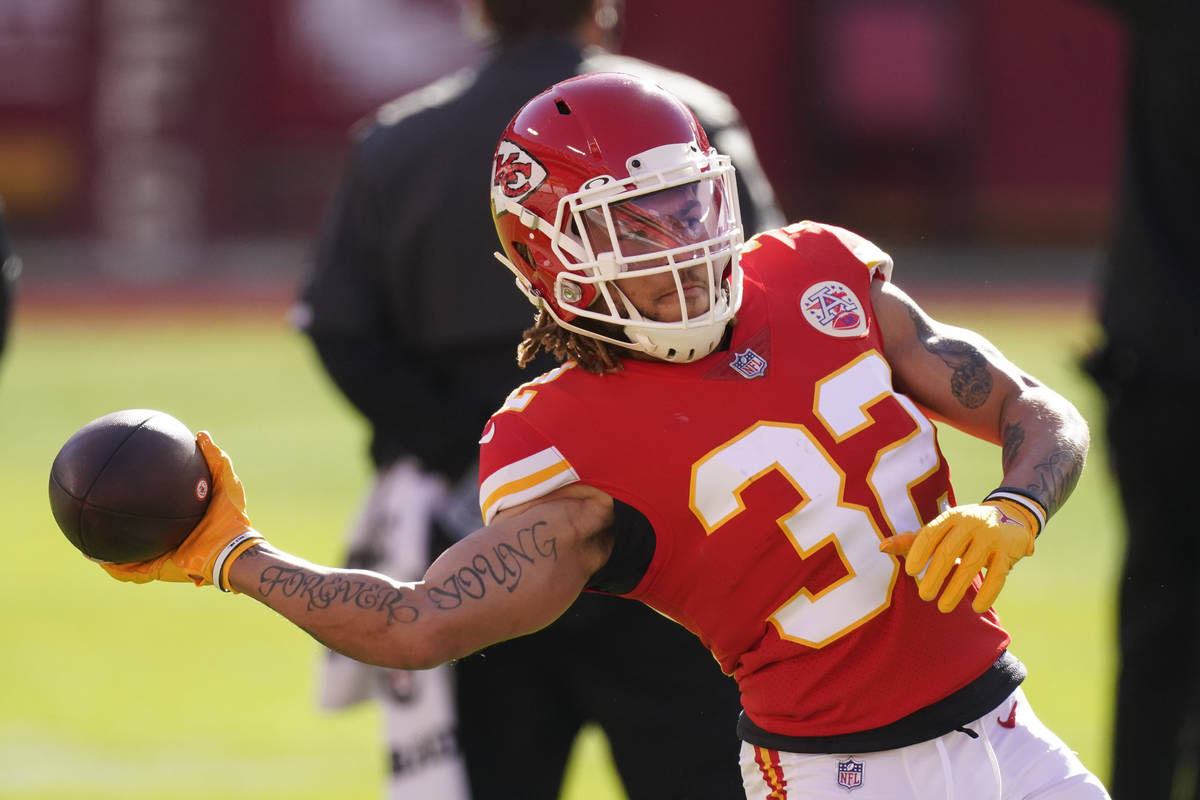 This is how far Tyrann Mathieu has come as a football player: He’s actually outgrown a nickname that describes a mammal that is built like an oversized weasel but attacks pythons, leopards and lions. And more than holds its own.

For some time now, Mathieu has looked in the mirror and seen far more than the “Honey Badger,” a label assigned him as a star at Louisiana State. A different player. A different man.

What the Buccaneers and quarterback Tom Brady will see in Super Bowl LV on Sunday is one of the NFL’s exceptional defensive talents, a 28-year-old safety who is arguably the most valuable player on Kansas City’s roster not named Mahomes.

“I can tell (Mathieu) watches a lot of film,” Brady said. “He can cover tight ends. He can cover receivers. He can blitz, has great ball-hawking ability. As a quarterback, you better be aware where he’s at or he will change the game.

“He seems like he always comes up with the biggest plays in the biggest moments. You better believe I will have an idea where he is on every play. Hopefully, I can keep the ball out of his hands.”

Mathieu has been described as a mix between Hall of Famers Ed Reed and Troy Polamalu, and, well, good luck topping those comparisons. But if he was more about flashy plays when at LSU, he has in eight NFL seasons become as complete and hybrid a defensive back as football knows.

You have, on any given play, no clue where he might line up and who he might be covering.

The Chiefs’ decision to sign Mathieu to a three-year contract last year for $42 million ($28 million of which is guaranteed) was a master stroke. He bolstered a defense that better supported the team’s high-powered offense and quarterback Patrick Mahomes.

It resulted in Kansas City winning its first Super Bowl in 50 years and Mathieu now being an All-Pro in consecutive seasons, at the top of his game in 2020 with 62 tackles (48 solo) and a career-high six interceptions. This is it. His best NFL season.

Nobody denied his talent in college, a time cut short when Mathieu was dismissed from the LSU program in 2012 for repeatedly failing drug tests. But five seasons with the Arizona Cardinals — while playing under now Buccaneers head coach Bruce Arians — saw Mathieu mold himself into an an elite all-around player, even while battling two ACL injuries and a bum shoulder.

“I’ve always been a guy who relied on his fundamentals,” Mathieu said. “Even after injuries, when you might not run as fast or jump as high. You can always go to another level mentally. That’s what I’ve always tried my best to maximize and fall back on. You get older in this league, and it’s hard to stay healthy. But I can still rely on my instincts.”

He moved on from embracing the “Honey Badger” nickname after college, saying he first needed to prove himself at the highest level. Six years into his pro career, Mathieu was again ready to accept it.

But several months after signing with the Chiefs, another moniker was born: “The Landlord,” a nod to being the leader of a championship-caliber defense.

“I think Sunday you might get a combination of both,” said Chiefs defensive end Frank Clark. “I’m going to break it down for you without talking too much, because we keep that confidential, too.

“Honey Badger will make plays, sacrifice his body, make extreme, crazy interceptions. His mindset is always stuck on to kill the predator. Very territorial. ‘The Landlord’ demands his rank, O.K.? Just like any other landlord, you come on his field, you must leave it clean. He doesn’t want to be dirty. Landlord has to make plays and you have to pay for it.”

The latter doesn’t sound as cool as attacking and eating a python, but you get the idea.