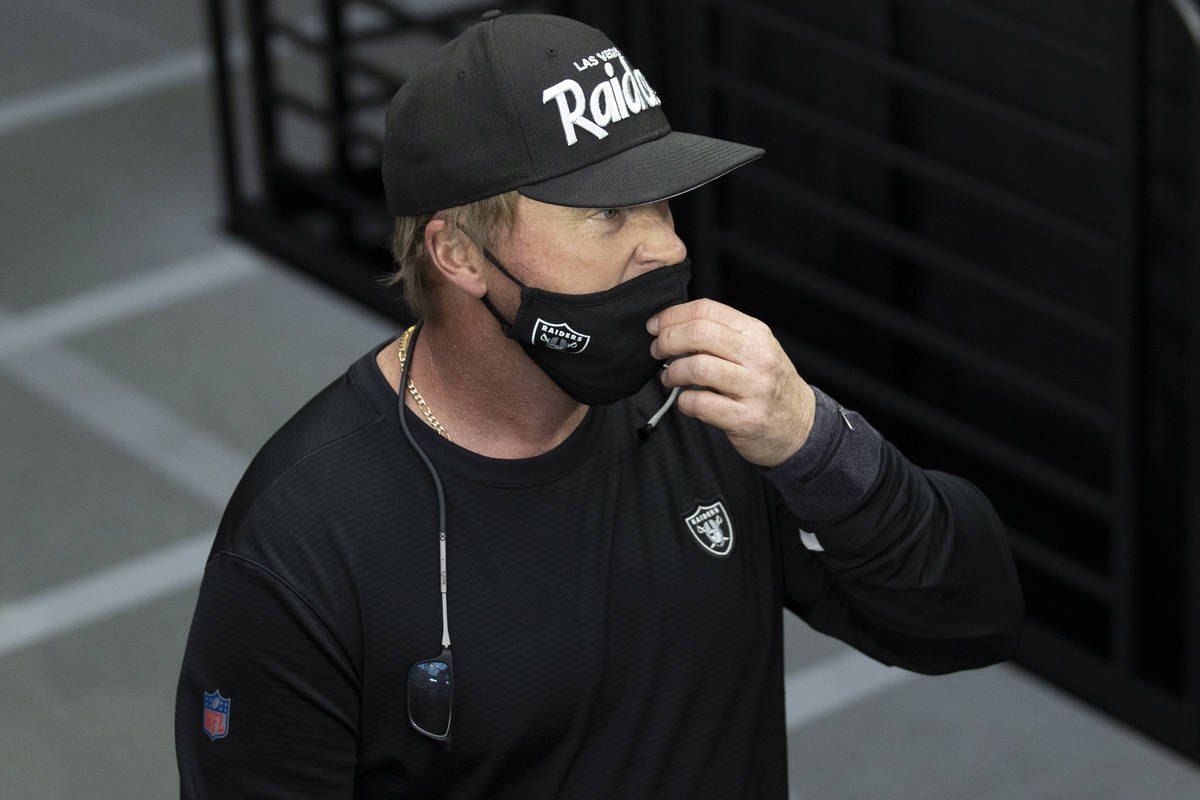 The saying goes like this: Sometimes an alien stands with a moose, not because of solidarity, but by accident.

It’s not by accident NFL players are choosing to sit out in-person voluntary offseason workouts. They’re standing behind — and not unanimously — a union that is driving the bus.

Just not for the primary reason being stated.

Players from the Raiders on Thursday joined those from several other teams — with more assuredly to come — in voting for a repeat of virtual OTAs. That’s how things were held last year, when COVID-19 changed the sports world overnight.

But that’s not what this current swell of union support is about. As much as the Raiders and hopefully any team that chooses to skip the in-person side of things care about issues such as health and safety, this isn’t at its core a COVID-19 narrative.

It goes much deeper.

The union recommended all players not show up for workouts, citing the lingering concerns about the pandemic. But this is instead the art of negotiation, with really no certainty of success.

Maybe. But in this country, no one really knows what a majority is at this point.

But not all players agree with the decision, and I can imagine how some on the other side feel. Take, for instance, Raiders head coach Jon Gruden.

Tell you what — if Gruden has to do another full offseason via Zoom, he just might beat the snot out of that computer with those new Skechers Arch Fit shoes he’s now pushing.

It’s true the union wasn’t happy that a 17th regular-season game, despite being collectively bargained, will commence with the 2021 season. But it agreed, with the tradeoff being a larger slice of the financial pie.

Even if a large number derived health benefits from holding a virtual offseason last year, it’s not as if we’re talking about having avoided the days of George Halas and brutal two-a-day practices. The workload for any OTA is hardly overly cumbersome.

If the pandemic really is the union’s reason for having players stay away, why are they showing up to lift weights with conditioning coaches and performing agility drills on the field during normal business hours while adhering to protocols?

I know Raiders players are expected to make concessions for those with bonus money tied to attending in-person OTAs. You would like to believe similar breaks would be given to rookies and undrafted free agents should things come to that.

Nobody needs in-person instruction more — the NFL has made no changes to its rookie minicamp and rookie football development program — but I would think it difficult for such players to go against the union and veteran teammates unless otherwise supported.

Fear of being replaced?

Tampa Bay coach Bruce Arians offered an opinion that veterans don’t want standard OTAs for fear younger and cheaper players would threaten their jobs. This comes at a time when the pandemic cut the proposed salary cap by some $25 million. Tretter denied such a view.

Bottom line: The league has scheduled a nine-week offseason program that contains both a virtual and in-person element, but things likely won’t get interesting until the mandatory portion arrives with a June minicamp.

Then we will see how much push and shove occurs.

Until then, there appear to be several potential reasons why this step was taken.

Just know that COVID-19 wasn’t the main one.

4
Could a Raiders rookie push for time at slot cornerback?