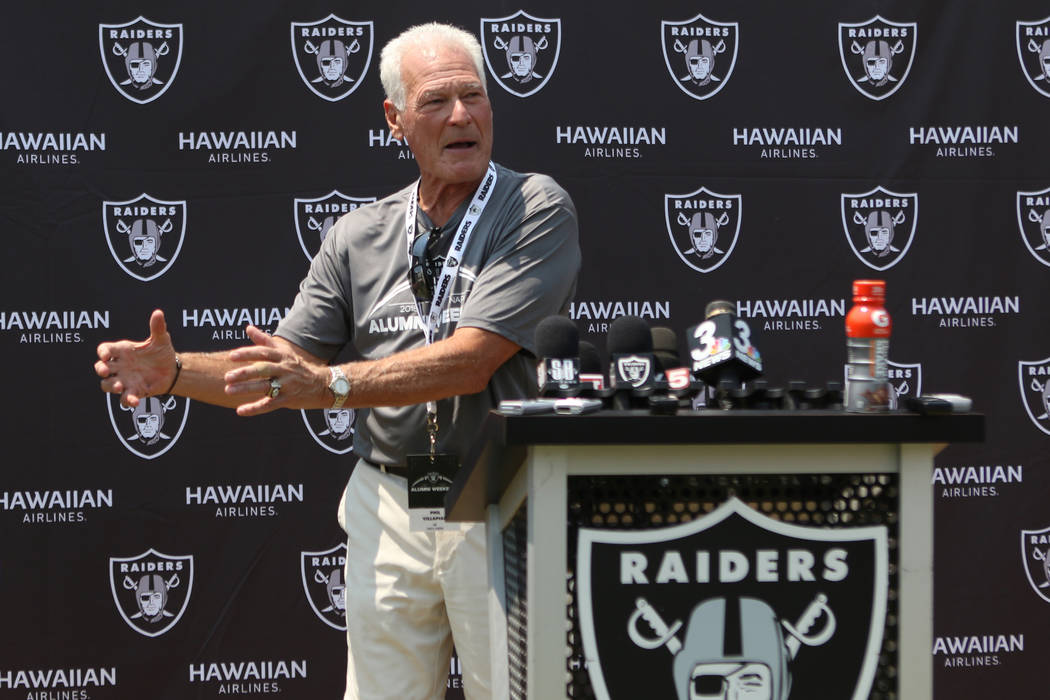 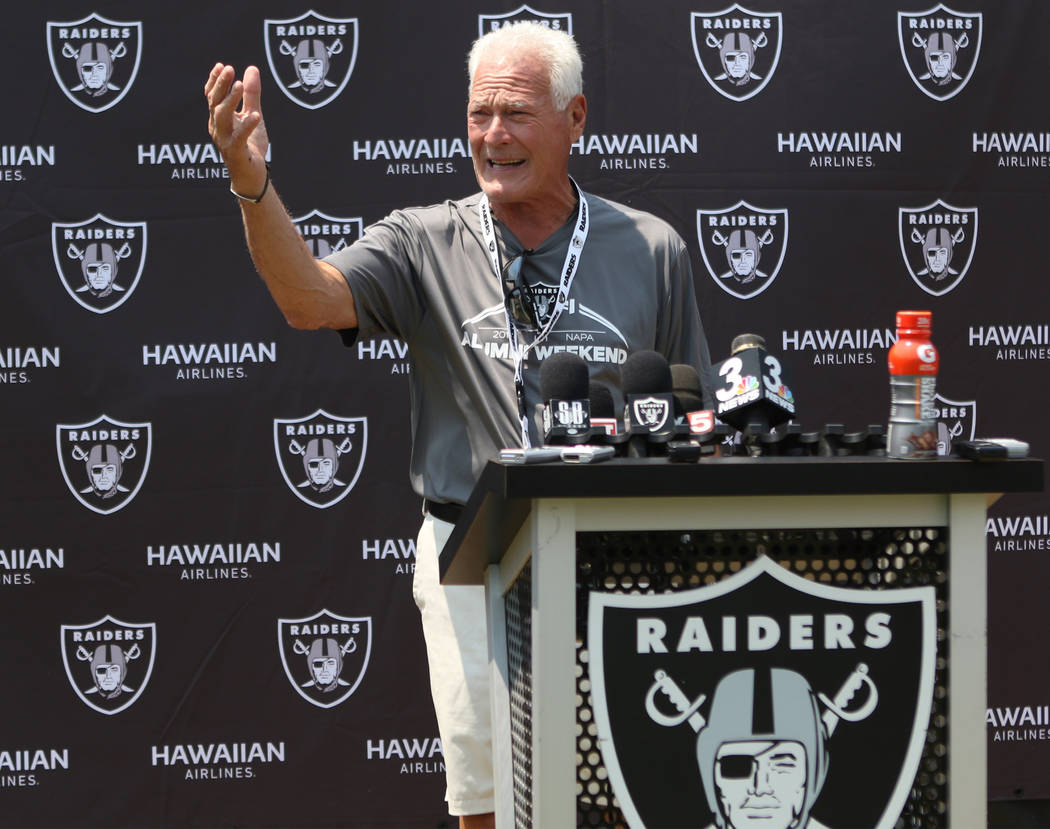 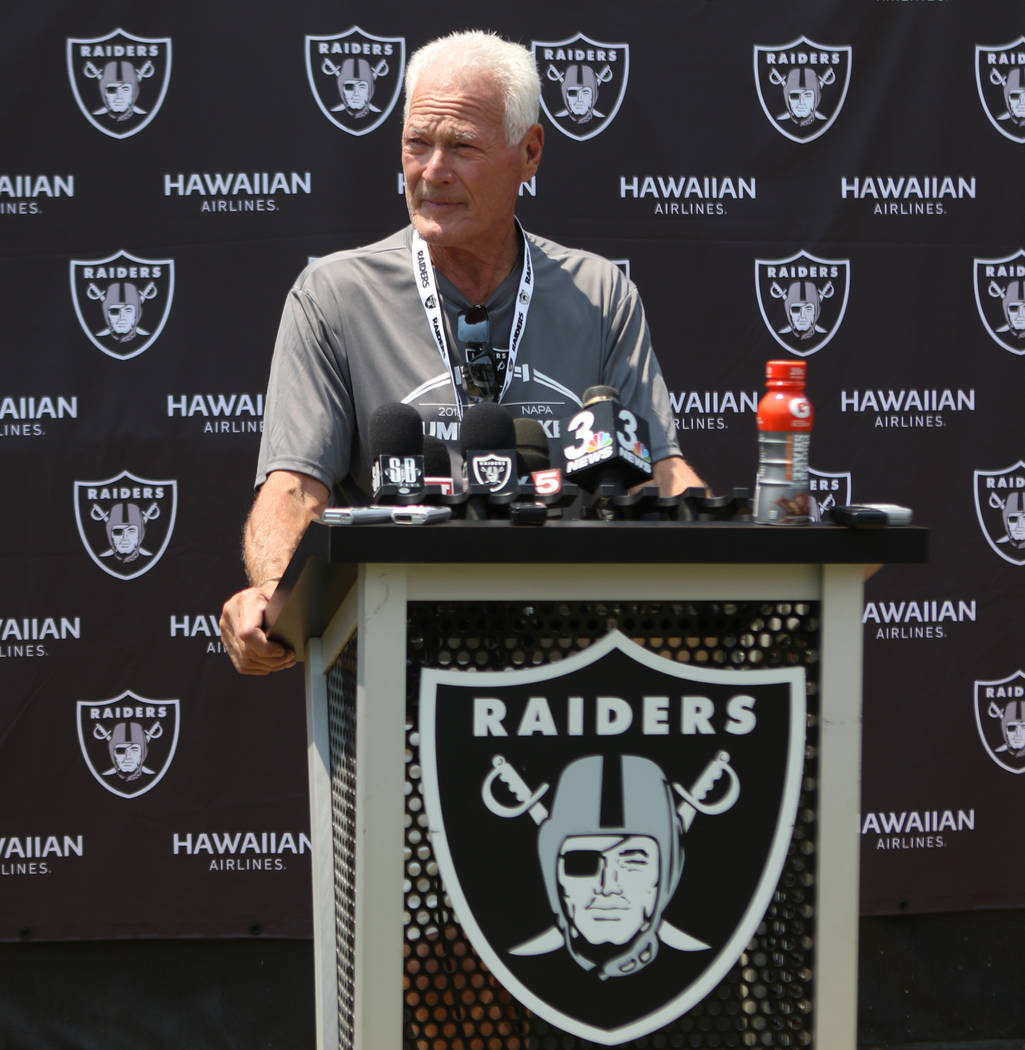 A group of Oakland Raiders players had just finished a round of golf in January 1980, meaning a beer or two or 10 had been consumed, when the news broke.

Al Davis was on TV telling the world that his franchise would be relocating to Los Angeles.

Nobody at the course believed it.

So they made their way to a barbecue at the home of center Dave Dalby, at which a beer or two or 10 was consumed, and eventually a reporter from the Oakland Tribune called for comment regarding the Davis announcement.

“I was the last one on (the phone),” former Raiders linebacker Phil Villapiano said. “I don’t know what I said, but the next day’s headline was, ‘Villapiano Won’t Go.’ Mr. Davis never said a word, but he made sure Villapiano didn’t go. In those days, the worst teams to be traded to were Green Bay and Buffalo.”

He was shipped to the Bills before the next season.

“l live in New Jersey, but already have four season tickets in Vegas and paid the personal seat license. My son told me, ‘Dad, you’re in the fourth quarter (of life). Come on. Send them the money.’ ”

There isn’t an NFL club close to treating its alumni with the love and respect as the Raiders, an organization that actually employs a team historian and for the fourth time has gathered former players at training camp to honor them and allow those who came before to watch those now in uniform.

They cherish every ounce of it.

That means more than 100 alumni have descended upon the Napa Valley Marriott, men as young as 30 and as old as 83, included in the gathering three Hall of Famers and players from each of the organization’s three Super Bowl-winning teams.

They know more than anyone else the hurt and betrayal Oakland fans felt when the Raiders departed a first time and understand how such resentfulness resurfaced with an impending move to Las Vegas for the 2020 season.

They know how deep the pain burns.

But if anger among fans about the move was a central theme at last year’s training camp — just months after NFL owners voted to approve the relocation — such a sentiment has now seemed to move toward more of an acceptance.

The Raiders on Saturday practiced in front of about 6,000 cheering silver and black souls at a local high school, their first look at Jon Gruden as coach since his return to the franchise.

The gathering in no way suggested such passion for those on the field would waver a few years from now.

“Growing up in the (Bay Area), being a Raiders fan, I knew how bad it got with the move to Los Angeles,” said former linebacker Jerry Robinson, who played for the team from 1985 to 1991. “Now with another move … there is a lot of emotional attachment. It’s like the breakup of a relationship. The initial shock first has to wear off before you can start getting over it.

“I think that’s what is happening now with the fans in terms of Las Vegas. They know it’s happening, and they will follow. Once a Raider, always a Raider goes for the fans, too. Business is business, but this is their team and there are fans of it all around the world.

“Who wouldn’t want to come to Vegas for a game in an awesome new stadium? Vegas is going to be the spot, and the fans here will support it because it’s the Raiders.”

They will be back Sunday, the alumni, when training camp really gets going with the first day of pads, back meeting any fans in attendance, back helping a franchise progress toward its eventual move.

I’m thinking Villapiano will enjoy it more than he did Saturday’s noncontact practice.

“I didn’t hear a thud,” the 69-year-old said. “One guy ran into another and they both fell over. That’s the only hitting I saw. This is the way things are now — you can move to Vegas and not hit anybody and play football.

“We don’t get concussions anymore. Go get a concussion every once in a while. It’s fun. Go around not knowing where you’re at for a few hours. That’s kind of cool.”

I’m just not sure it’s ready for him.