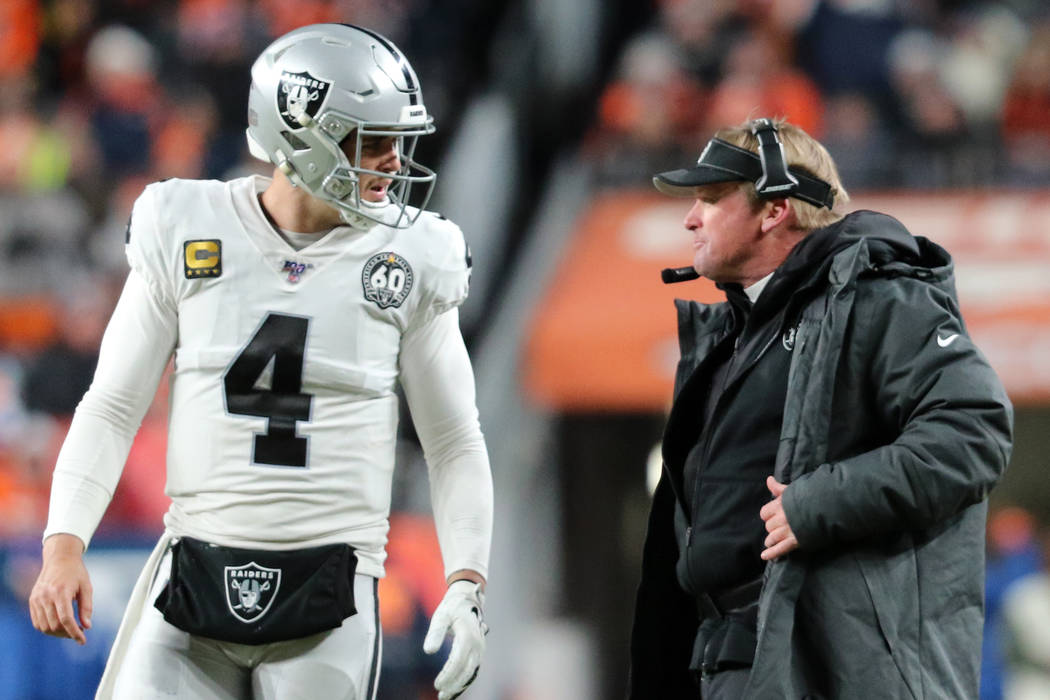 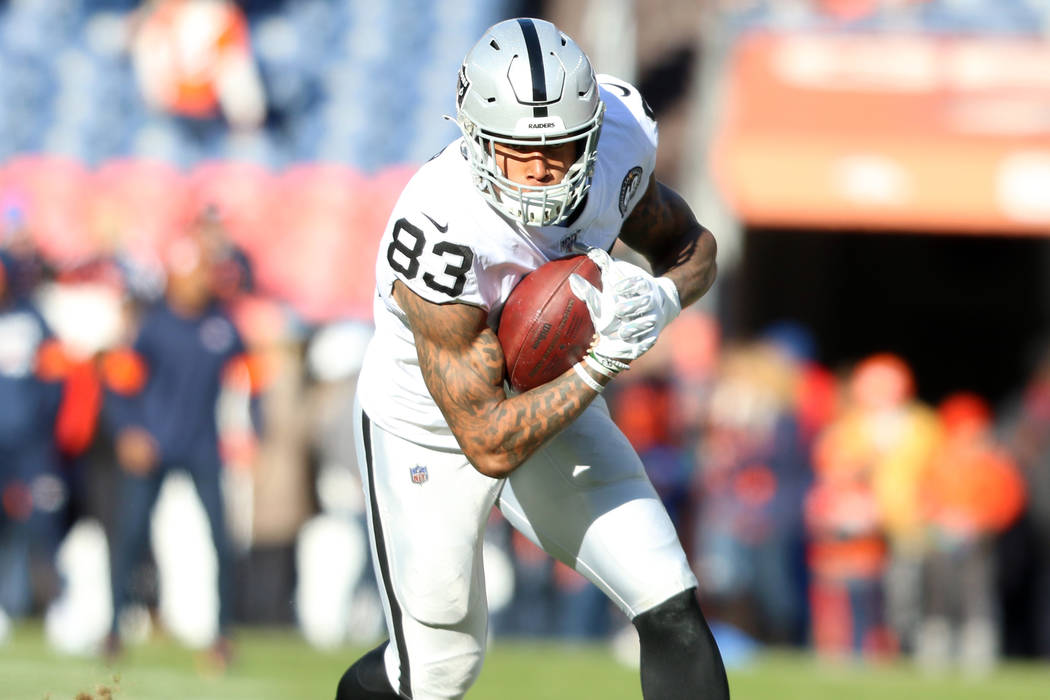 DENVER — It made sense that in Game 16, the final time Oakland could lay claim to the Raiders as its franchise, everything that transpired at Empower Field at Mile High on Sunday was a microcosm of what the 2019 season had proved.

That whether it be one play or one penalty or one challenge lost, the Raiders simply weren’t good enough.

Not at a playoff level, anyway.

Not anything beyond what is a continuing rebuild.

The future then becomes a primary source of interest, specifically how close the team that fell to Denver 16-15 before a chilly 67,007 will be to existing among the NFL’s better sides upon arriving in Las Vegas.

In other words, what did a 7-9 season really encapsulate?

Was it the characteristics and qualities of a side on the cusp of making consistent playoff runs or one that will continue to wade through the insignificance of mediocrity?

There is, actually, an easy answer: Who in the world knows?

The Raiders at one point this season were 6-4 and controlled their destiny as a potential AFC West champion or wild-card playoff entrant. They then lost five of their last six to finish third in the division.

The unbiased eye would certainly notice a multitude of key injuries that riddled a roster not talented or deep enough to overcome so many important players missing significant time.

But some teams are better equipped to overcome such a long line outside the training room. The Raiders, in a second year under Jon Gruden as head coach and a first under Mike Mayock as general manager, aren’t.

It doesn’t excuse the penalties, the mental errors, the ridiculous defensive breakdowns that occurred over 16 games.

It doesn’t erase all those times the offense couldn’t finish productive drives with touchdowns, all those moments quarterback Derek Carr either checked down or inexplicably ditched a pass instead of trying to make a play downfield.

He doesn’t take many risks.

You can’t be great without doing so.

It doesn’t hide the fact Gruden and Mayock still must decide whether to stick with Carr as things move to Las Vegas or if his final throw as a Raider was a two-point conversion attempt batted down near the line of scrimmage with seven seconds remaining Sunday.

The player certainly believes it will prove to be the latter.

“We have talked inside our building about what the future looks like,” Carr said. “We’re all on the same page that when we go to Vegas, if we don’t win more, it doesn’t matter. I don’t care what stadium we play in. We won 12 games (in 2016) playing out of (Oakland-Alameda County Coliseum). If the wins don’t improve, it doesn’t matter.

“I think some of our young guys are happy it’s trending upward. But as a six-year guy, this isn’t good enough. It’s trending the right way, but we’re kind of stuck in a weird place.”

That’s how being ordinary makes you feel. But as much as the injuries and serious lack of execution led to 7-9, there were enough glimpses of young talent to offer a perception that the Raiders are closer to contending than not.

It’s a group of rookies who all, at some point, showed to be capable additions — some (see Jacobs as a premier running back) far more than others. But if the Raiders can hit on most if not all of five draft picks over the first 90 selections in April, there will be a definitive foundation on which to progress.

They weren’t any better than 7-9 this season and probably not any worse.

It’s a franchise that now, for all intents and purposes, belongs to Las Vegas and Allegiant Stadium and yet has made just one playoff appearance since 2002.

It’s average, mediocre and still profoundly confident such a representation will quickly improve.

“We have the heart of a champion.”

Question is, how far is it from beating as a real one again?

Whatever the answer, it will be delivered in a new home.