As it was placed on the flat bed of a truck and slowly guided away from its home since 2007 in front of the Tam Alumni Center, the Hey Reb! statue at UNLV on Tuesday became the latest instance of removing those symbols thought to define racism and persecution across the United States.

But eradicating such figures should in no way erase the history that defines them, however varying the opinions of them might be.

The anger is not lessening. Neither is a colossal push for change. Protests over the killing of George Floyd by a Minneapolis policeman charged with second-degree murder have created a global movement against police brutality.

Taking down and — in some cases — defacing those monuments and statues many consider offensive is one of many actions that, in response to Floyd’s death, are connected by a shared purpose.

But that point also gets skewed.

History is interpreted different ways by different people, and the debate regarding HeyReb! is as good an example as any.

I’ll never walk in the shoes of an African American, never understand or feel how one might when passing such a statue. Never realize the pain it causes. Never truly grasp the depths of how UNLV’s past — adopting the nickname Rebels, creating a mascot of a cartoon wolf clad in a Confederate Civil War uniform, affixing the Confederate flag to football helmets — might affect those of color.

The simple side to fall on if such a narrative affects just one person is to take down the statue and change the nickname and burn the logo. Start anew. Fresh and unified.

Welcome to Allegiant Stadium, home of the UNLV … Sharks?

Problem. These issues are never uncomplicated. Whatever message the university might be offering, removing Hey Reb! and now considering changing the school’s nickname and logo are unquestionably a reactionary response to what has occurred in the days following Floyd’s death.

It doesn’t mean UNLV is wrong or that changes shouldn’t be made. But this is hardly the first time such things have been debated on and around campus. A major move arrived now because of what has transpired from one state to the next.

To suggest otherwise would be embarrassing. No one would believe that.

The other side: A large portion of the UNLV community — fans, students, alumni — maintain that present-day depictions of the university are not in any way racially insensitive.

That, in 1982, Hey Reb! was introduced as a Western mountain man of the 1800s who ventured into uncharted Nevada. A pioneer with a bushy mustache and floppy hat. He was a way to finally distance the school from those Confederate images.

The nickname has remained and yet you can make the argument that “Rebels” has always been the most offensive of any Confederate tie to UNLV, despite a long-standing explanation that it instead dates to the school’s emergence from the shadow of UNR.

If you’re looking for the perfect solution, stop reading. Race. Religion. Politics. You will never discover a universal consensus.

A consistent message, however, imparted often these last few weeks, has been about our ability to listen and learn.

To become more educated in hopes that transformational change can really occur.

To its credit, UNLV is the nation’s most culturally diverse university for undergraduates, and nothing can provide us with insight into different heritages more than understanding one’s history.

What has been. What is to come.

That’s what shouldn’t be lost as monuments and statues fall and protests carry on — the awareness of how things reached this point and how far they still must go.

I have no idea what step UNLV will take next. I assume a change in nickname and logo will at least be seriously debated if not soon enacted.

Not everyone will agree or be happy with the final decision. That’s the only sure thing going here.

But remember: A really, really smart guy once said that the more you know about the past, the better prepared you are for the future.

So whatever happens, as you see a truck pull slowly out of UNLV’s campus with the head of a statue covered, know that under it exists a rich history.

Never erase any of its interpretations.

If so, how are we expected to evolve? 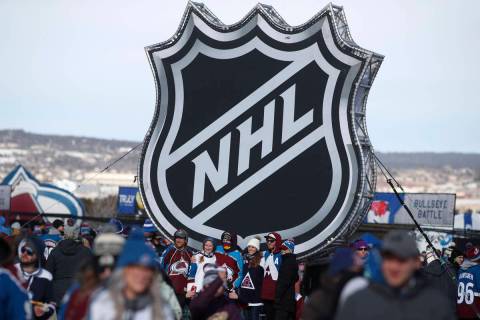 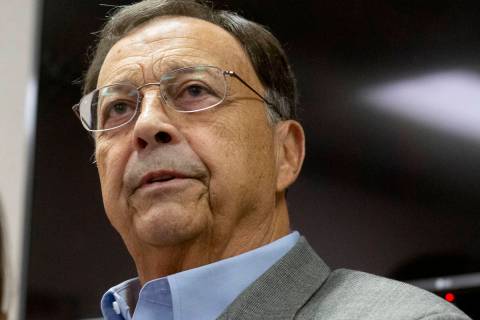