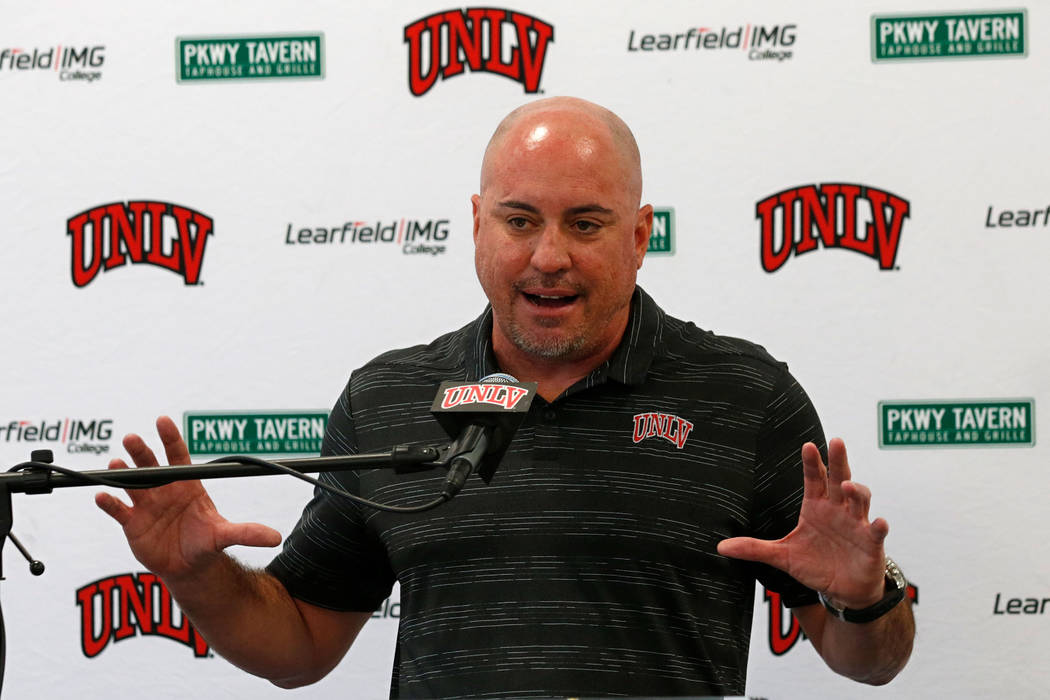 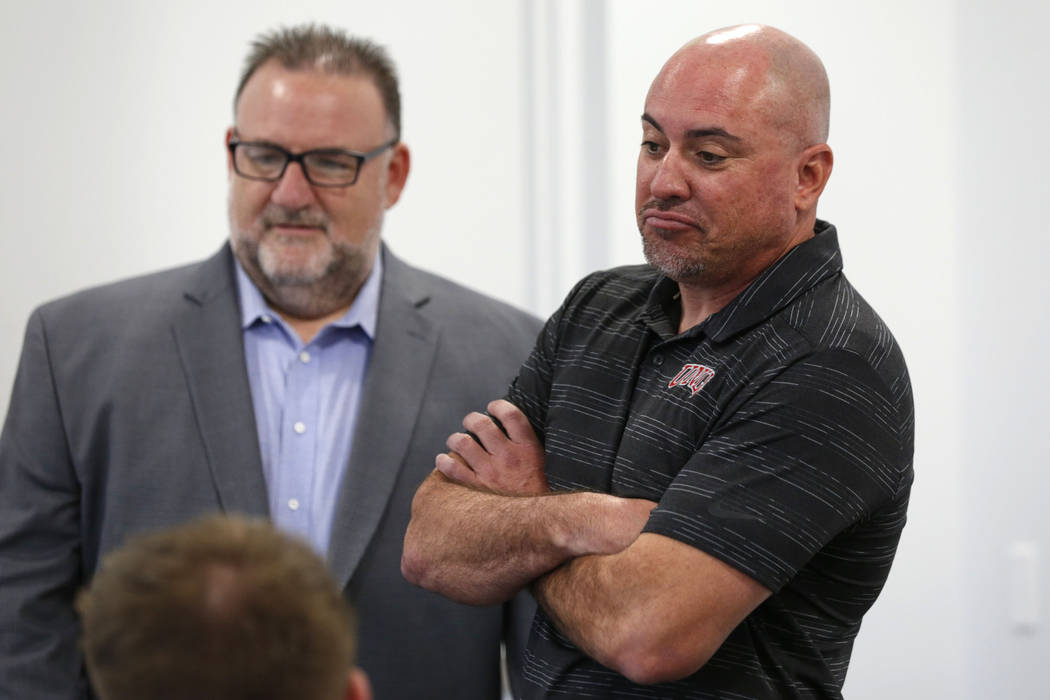 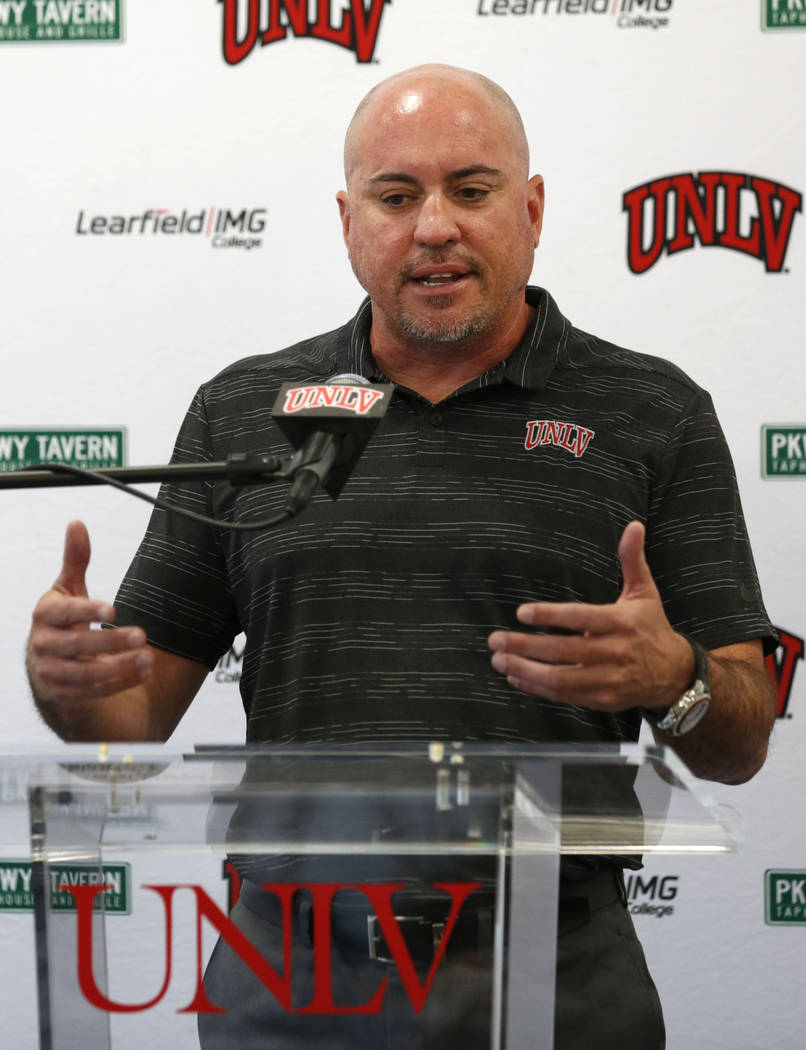 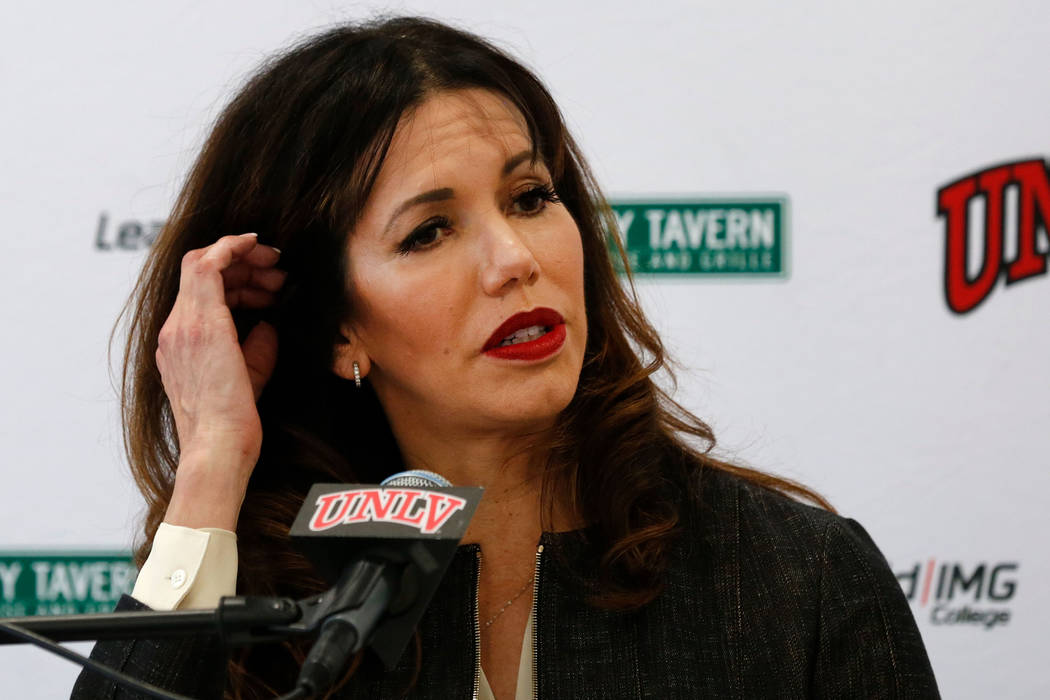 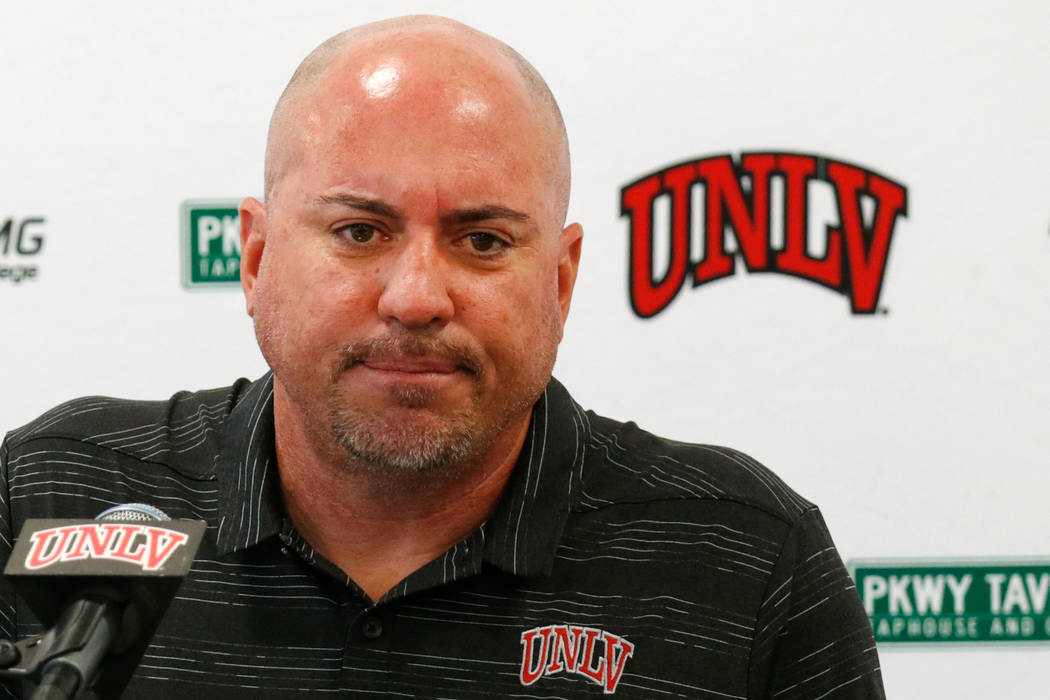 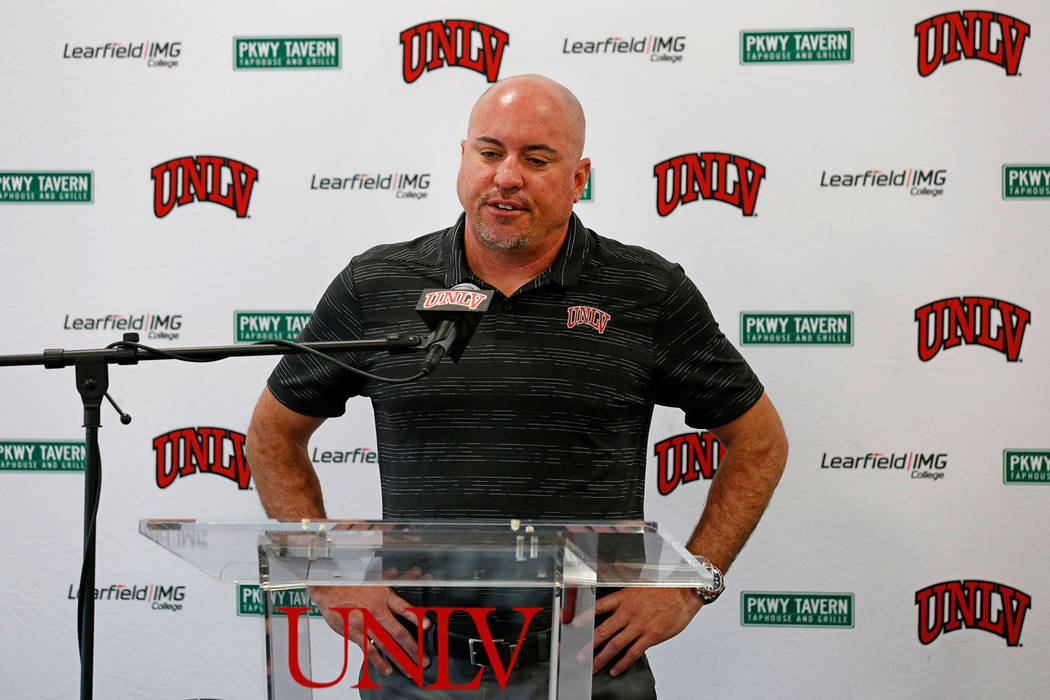 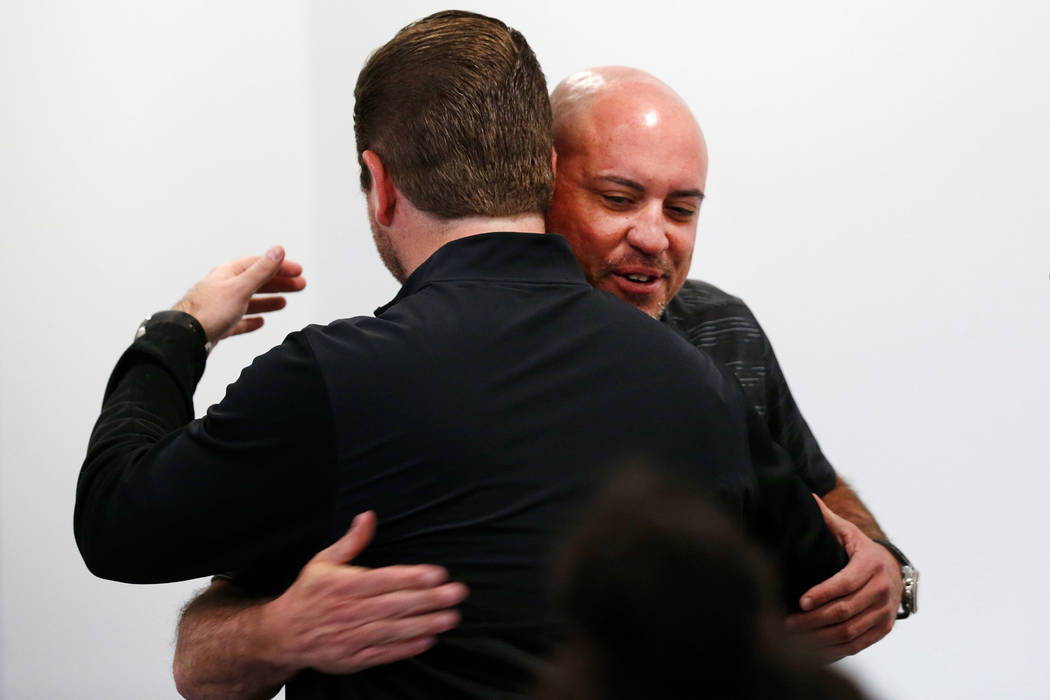 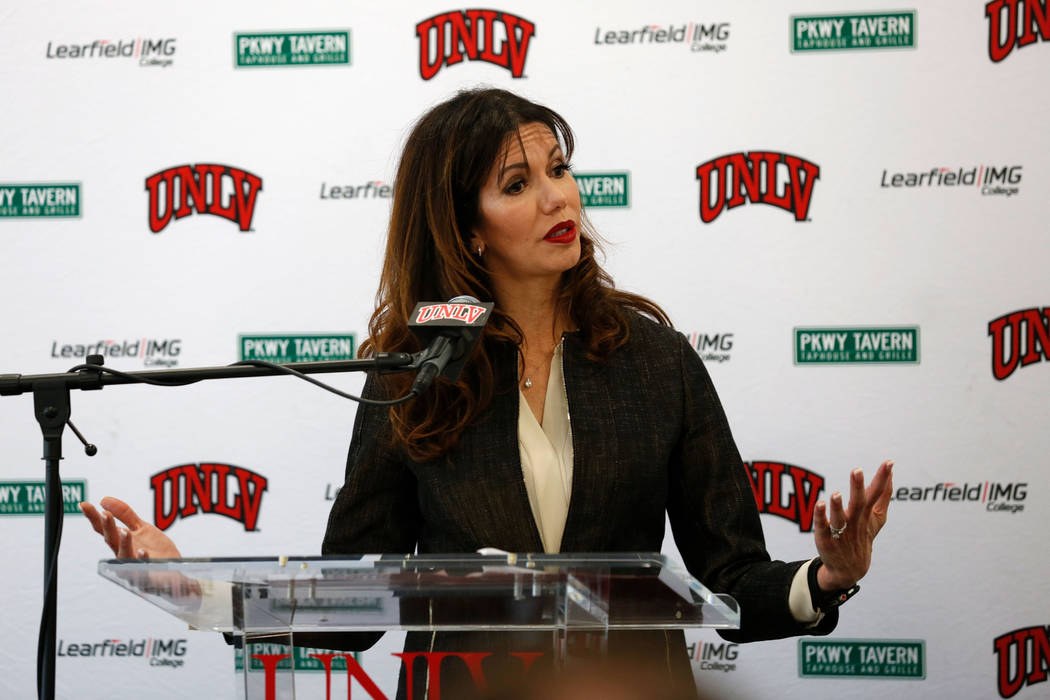 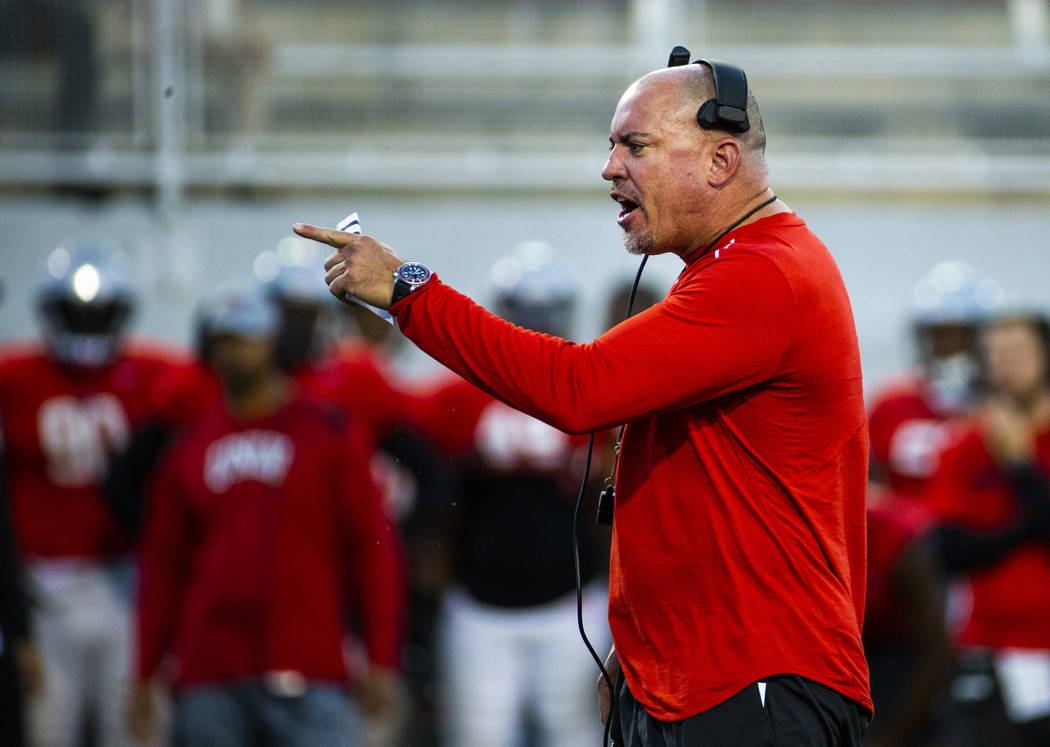 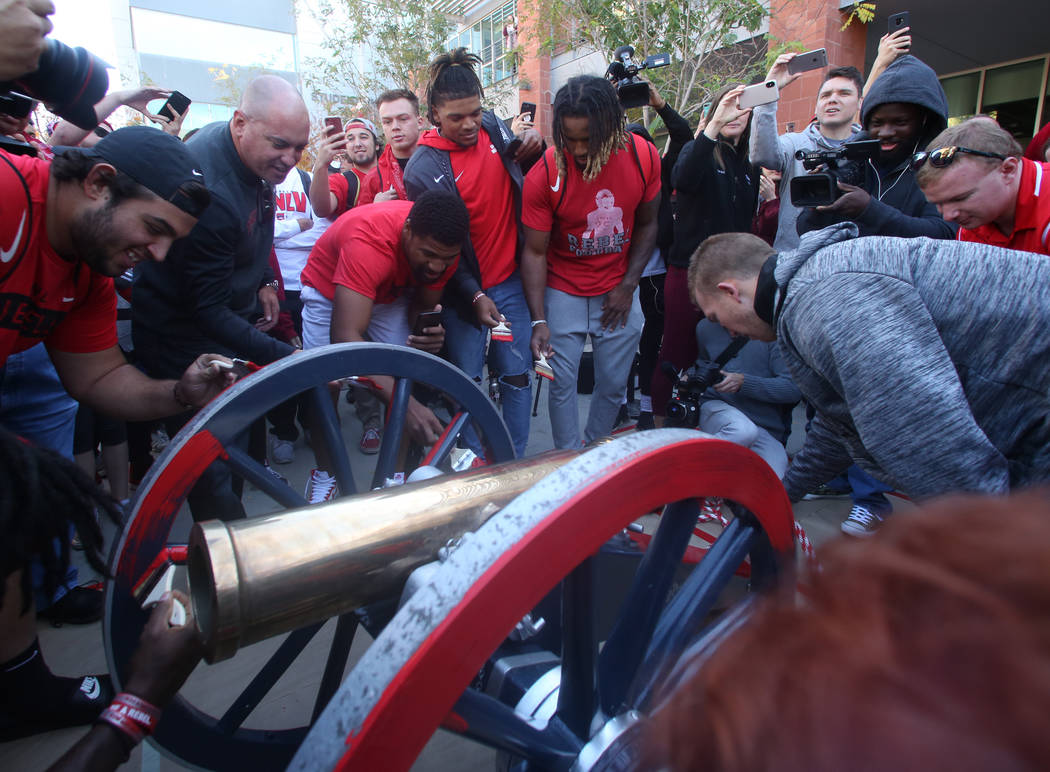 The news that arrived at 38,000 feet Monday came as no surprise, the fact Tony Sanchez had been fired as head football coach at UNLV.

It was as sure to happen as that aircraft bouncing around those desert winds.

Say this for Sanchez — he was far more gracious in such a difficult moment than some irritated passengers upon landing in Las Vegas.

“I’ve learned from this experience as much as anything in my life,” Sanchez said. “I was blessed to have been part of this.”

Five seasons, an overall record of 19-40 with one final Fremont Cannon to play for at UNR on Saturday and no bowl berths.

Those are the cold, hard numbers that get a coach shown the door in the palace of a football facility he built.

Sanchez was allotted enough time to at least make the Rebels a contender in their division of the Mountain West to reach a postseason game. He didn’t, so this is the predictable result, far less questionable than bouncing a men’s basketball coach who had inherited a morgue of a program after three years.

Being fired is the direct result of Sanchez not winning enough. That’s more than fair in 2019.

But here is the indirect one: Sanchez was asked at a news conference following the announcement of his dismissal what he believed his legacy at UNLV to be.

He said, in part, that such is for others to decide.

Whoever emerges as the pick of athletic director Desiree Reed-Francois to become the school’s next coach is set up for success more than at any time in school history.

Like, beyond imagination when you consider how bad the program has been for so long.

Whoever he is can thank Sanchez for inheriting a situation light years better than anyone who has held the job.

The message upon firing basketball coach Marvin Menzies last March — despite all kinds of backtracking since — was that the program was in a win-now mode.

It wasn’t then and, as we have seen recently, isn’t close now.

But if there was truly a sense from within that basketball was actually better than the totally irrelevant program it had become, what does that now make football when you consider all Sanchez did to improve critical areas?

Shouldn’t the message be one of immediately contending in the league’s West Division?

Shouldn’t things be past the typical comments about needing time to build a program and recruit to a system?

Are we really going to hear at an introductory press conference about this still being a long-term plan when it comes to competing?

We shouldn’t, not when you consider the following …

Facilities: UNLV now offers some of the best nationally from which to recruit, a new NFL stadium in which home games will be staged beginning next season and a Fertitta Football Complex that ranks among the jewels of the West Coast and beyond.

Academics: The Rebels under Sanchez achieved the highest semester and cumulative grade-point averages in program history while earning the most academic all-conference honorees and dean’s list members the football team ever produced.

Recruiting: It’s all relative and don’t get me started on the complete nonsense that are recruiting stars and subjective rankings, but UNLV’s commitments for the 2020 class are rated second in the conference.

If a majority of those names are kept by the new coach, the class on paper would easily be the highest rated in school history.

“(Sanchez) is a professional,” Reed-Francois said. “What he has done for Las Vegas football, through the five years here at UNLV and the six years at Bishop Gorman (High) can’t be overstated. I’m very grateful for the way he has handled himself, and he has made this job better.”

Oh, it’s a lot better because of him, is right.

But they also have found ways to win at UNR and Hawaii and Wyoming and so on, all schools UNLV is now far ahead of in important areas given the strides it made under Sanchez off the field.

Now, it’s time the Rebels turn all of it into victories.

How ironic that Sanchez spoke of his firing in the complex he single-handedly raised nearly all of $34 million to build, one that officially opened last month.

The building, along with what Reed-Francois says will be a salary competitive in a conference where the top four head coaches make $1.6 million or more annually, will undoubtedly include within a pool of candidates names and resumes that would have never considered the job in another time.

The wrap on Sanchez being a high school coach was always lazy and ignorant. Countless names over decades who never coached at the prep level and instead spent entire careers in college had as bad or worse a record and were also fired.

He didn’t hire a high school staff at UNLV. Quite the opposite.

In the end, it just didn’t work, hardly a new concept for a program that will soon employ its fifth head coach since 1999.

“I’m rooting for him,” Sanchez said. “I’m not one of those guys who (gets fired) and hopes a program doesn’t do well. I hope he gets this thing done.”

If so, he will have one person to thank most.

The guy he replaced.

Legacies, you see, can be built all sorts of ways.