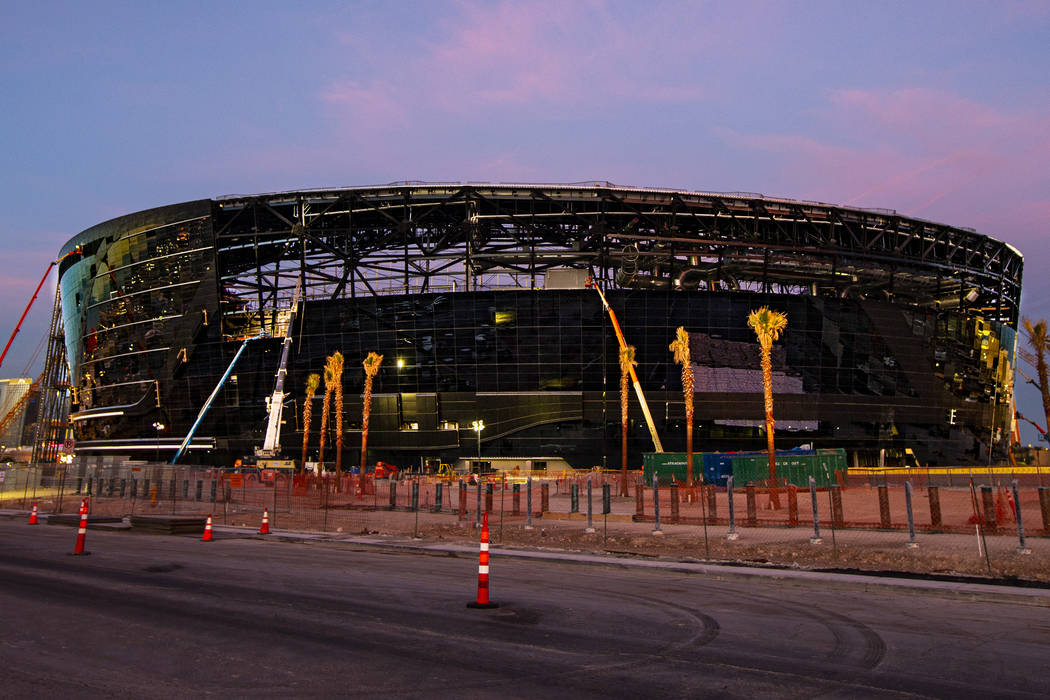 With the arrival of major league professional sports to Las Vegas has come lessons.

There has been no official update regarding the status of two UNLV nonconference football games for the 2020 season originally scheduled for Allegiant Stadium, no word if the Las Vegas Stadium Authority ultimately will have to resolve the matter.

An announcement could come this week or next, but the Stadium Authority shouldn’t have to deal with it.

Not in the world of contracts, where the Rebels never had a leg to stand on.

The Raiders have received their share of criticism for remaining firm on what the Joint Use Agreement states. But the NFL team is absolutely within its rights to inform UNLV it can’t use the stadium on the two Saturdays in question.

Those would be Sept. 5 against Louisiana Tech and Sept. 12 against Arizona State.

This isn’t a Raiders problem. Never was.

UNLV isn’t winning the battle and shouldn’t. The school agreed to the stipulation that it would be guaranteed one nonconference game in the stadium’s first year and that any other such contests must be cleared by the primary tenant.

That would be the Raiders.

The Rebels open against California on Aug. 29 in Allegiant Stadium, and I believe there is a better-than-even chance they will also host either Louisiana Tech or Arizona State there.

That seems to be one of several possibilities, and UNLV shouldn’t at all quibble if it indeed only gets one of the two games back.

It actually should consider itself fortunate.

I’ve heard the other side. That the Raiders are the big, bad NFL team new to town and are essentially picking on the local college program trying desperately to make itself relevant in, like, forever.

That without UNLV as part of the stadium deal, legislators never would have voted for $750 million in taxes to help fund the $2 billion project.

That this is no way for the Raiders to create a sense of goodwill within the community as they arrive here.

You can believe all of it, and UNLV still isn’t on the right side.

Allegiant Stadium can’t be just about football. Venues like it need to host several events throughout a calendar year to make them as close to financially solvent as such structures can be.

Even then, economists — and history — would tell you such a goal is rarely reached.

So when your stated objective is to put at least 43 events in the stadium a year (including football) and you realize many need to be high-end enough to fill 65,000 seats, such potential revenue should always trump a Group of 5 football program that hasn’t drawn much at all.

You can’t turn your head at, say, a Taylor Swift or Ed Sheeran or Beyonce concert if any are attainable. You really can’t do it in the first year of such a momentous structure.

You in no way could pick UNLV in 2020 over a soccer match between FC Barcelona and Real Madrid, a possibility to open the stadium as reported Thursday.

Look. It will obviously benefit the entire community and specifically the Raiders and UNLV if both parties support one another as much as possible. They need to get along. This marriage will potentially last decades.

But this also is the reality of big business and major league sports. When the university approved the Joint Use Agreement as written, it put the Rebels in this position.

This is on UNLV. It either wasn’t paying attention to all the details or didn’t think things through in terms of scheduling.

Now, you have an athletic director in Desiree Reed-Francois (who wasn’t in the final meeting when pen was put to paper) trying to pick up the pieces of the school’s mistake and discover a solution.

I believe the sides are working toward one.

I think there is at least a chance UNLV gets one of the two games at Allegiant and plays the other at Sam Boyd Stadium.

But if it doesn’t and both have to be staged back out on East Russell Road, there’s only side to blame.

And it isn’t the Raiders.