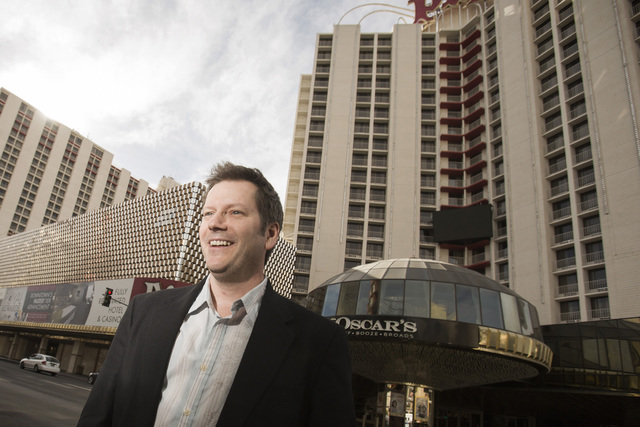 I’m not sure the Las Vegas Black Knights or Knights or nickname-to-be-decided will ever feel a need to stage Dick Cheney Hunting Vest Night or Regrettable Tattoo Night or a performance by velvety lounge singer Tony Clifton. But never underestimate the power of promotion.

The best ways to ensure the first major league professional sports franchise to call Las Vegas home doesn’t over time fail to deliver an impassioned fan base could prove both numerous and imaginative.

When it comes to long-term success at the box office, sustainability can be a tricky road to navigate.

Las Vegas awakens Wednesday to a reality it hasn’t known when it comes to sports, a historic moment in the city’s timeline that will forever change how it is viewed across the country and beyond.

The National Hockey League’s 30 owners will meet at Encore and vote on expansion to Las Vegas, after which a press conference will be held with commissioner Gary Bettman and you would believe Bill Foley, the billionaire businessman who will own the Black Knights or Knights or nickname-to-be-decided team.

Foley has undoubtedly compiled a list of those he wants to approach when filling the franchise’s most critical roles, but when it comes to how best to pack T-Mobile Arena following Opening Night in 2017, he would be smart to lob a few phone calls to those who know the Las Vegas market best.

He should at least have conversations with Billy Johnson and Bob Strumm.

One of the biggest challenges Foley’s team will face off the ice, as an expansion side that will need time to produce a successful product on it, is building and maintaining interest for the long term.

That’s what everyone rightly questions: Can and will Las Vegas support its team once the initial euphoria wears off?

It’s no different here than most places. People not only love a winner when deciding where to spend their discretionary income, but eventually demand one.

It’s true Las Vegas is a unique market that has never sought the sort of commitment NHL prices at more than 40 games a year will demand, and that Foley filling those T-Mobile suites through corporate packages will be as or more important than the family of four spending in the range of $350 to attend a game.

“As a local, I’m thrilled (the NHL is coming),” Johnson said. “I think the most important thing right away would be energizing all locals. I can’t stress that enough. T-Mobile Arena is a palace, a world-class venue, and when you talk about a return on your investment for those buying tickets, the experience there will go well beyond the game.

“You want people buying tickets for the right reason other than just because this is the first major professional team. That’s buying them for a cause, and that’s usually a short-term solution. You want to create a culture of fans who want to support the team no matter what, that won’t go away after a few years. You need long-term buyers. It’s a challenge, but it can be done. I think it will be done here.”

Johnson spent more than a decade as president and COO of the Las Vegas Wranglers, constantly devising new and innovative ways to draw fans. You can say an NHL team wouldn’t need such out-of-the-box tools to generate interest, that the stars of a Las Vegas roster and those on opposing teams would be enough, but understand such a theory has never been tested here. This is all new to Las Vegas, and to dismiss any idea about growing fan interest would be silly at this point.

Johnson now works for Wayne Newton’s Casa de Shenandoah, but his would be a smart brain for Foley to pick. So too would that of Strumm, longtime NHL scout and former general manager of the Las Vegas Thunder, whose independent team in the mid-1990s would at times out-draw UNLV basketball.

“A lot of it will have to deal with the players on the team engaging, and hockey guys are amazing in this way,” Strumm said. “There are none better. They have such a great appreciation for being in the NHL and being involved in their communities is something they have done forever, from European teams to junior teams to college. The players will be a big part of getting and keeping people excited.

“It also needs to be a two-way street with the corporate side of things. The casinos operate on a 24-7 gameplan and want to keep you in their properties, but for the NHL to be really successful here, the casinos have to get on board and be behind the project from the beginning.”

And if that doesn’t work, there is always a certain promotion Strumm tried with the Thunder.

“Do I have to mention the bikini contest?” he said. “Other than when I wanted to argue with the referees, it’s the only time I went down to the ice.”

History is made Wednesday, and what sort of creative juices will be needed to successfully navigate that tricky road of sustaining interest could prove both numerous and imaginative.

Although it will be tough to top Dick Cheney Hunting Vest Night.