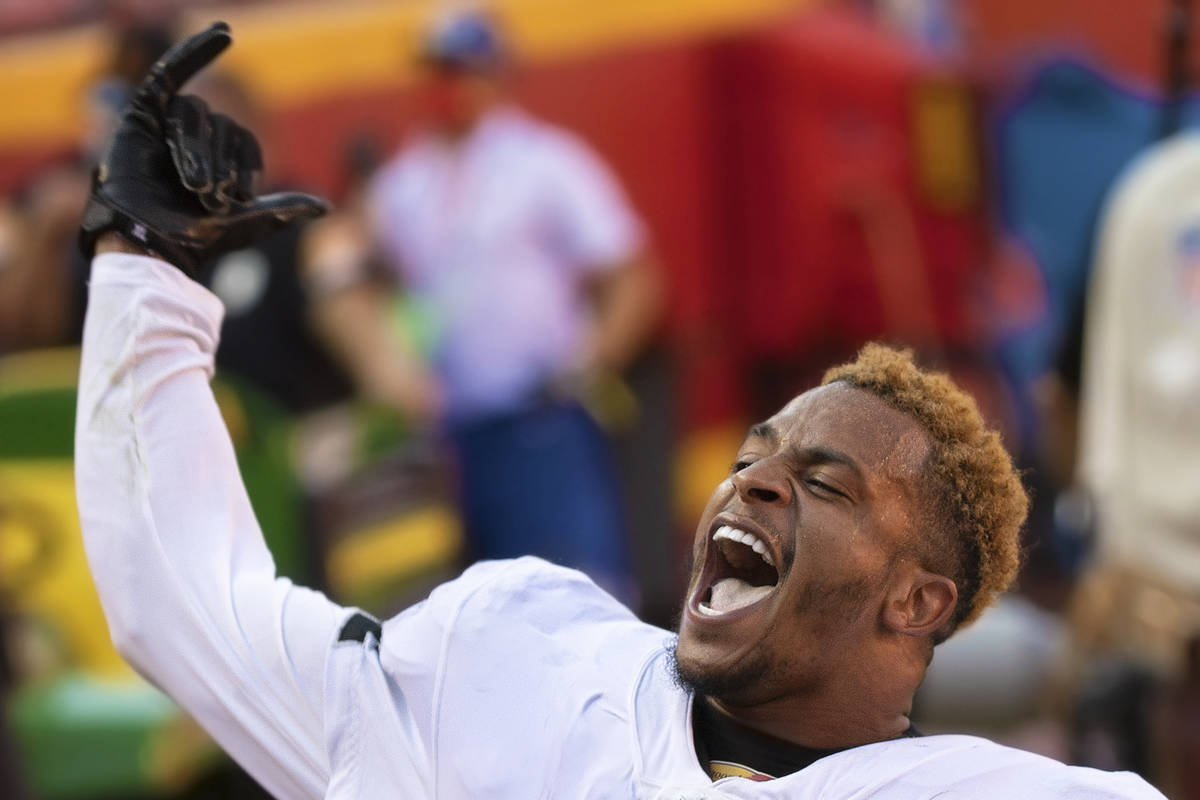 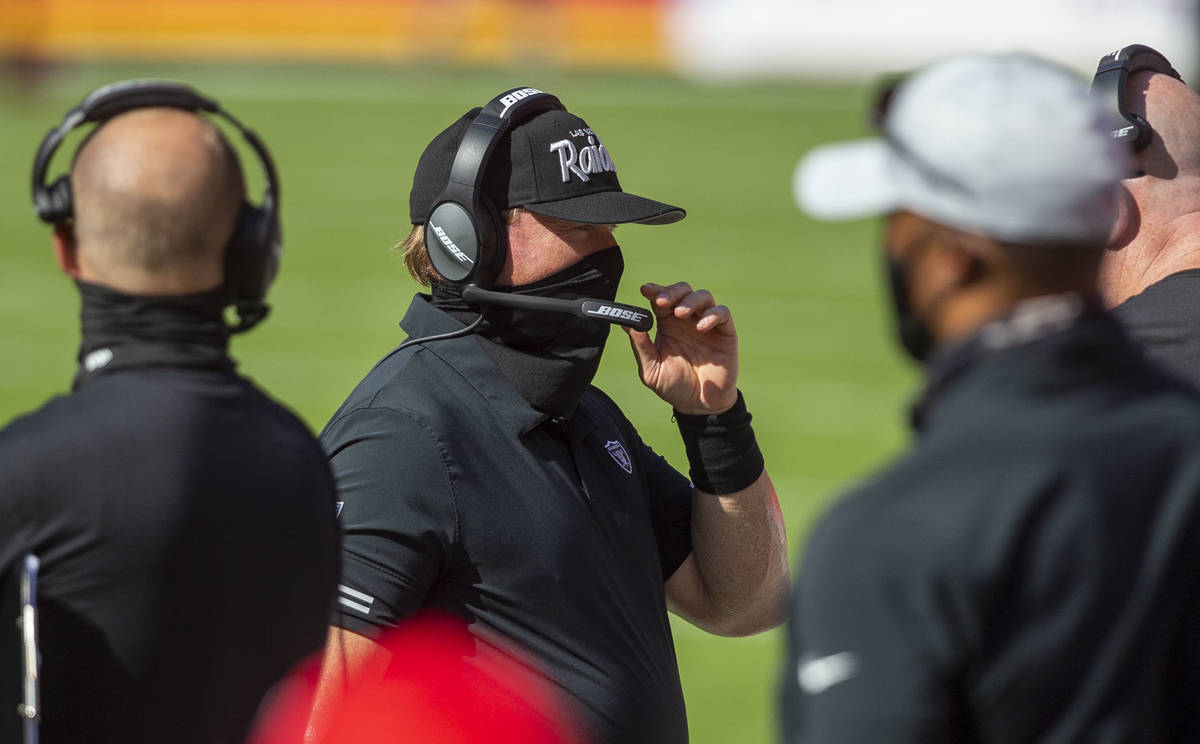 If they beat the Raiders on Sunday night at Allegiant Stadium, my hope is for the Kansas City Chiefs to line up and walk slowly around the perimeter of the field. Like at a snail’s pace. With their arms in the air. Just because. I’m all for victory laps at another’s house. Or in one’s own house.

The more outrageous the better.

Significant regular-season games and the Raiders have gone together the past two decades about as well as chili cheese dogs and a nice pinot noir.

There just haven’t been many to speak of at all. This happens to be one for both teams, albeit for different reasons.

It’s not a rivalry. Not right now. Kansas City has won 12 of 15 meetings since Andy Reid became its coach in 2013.

It has been more of a layup win for the Chiefs than anything else. But not last time.

The Raiders are responsible for the only blemish on Kansas City’s 8-1 record. They beat the Chiefs 40-32 on Oct. 11 in Arrowhead Stadium, snapping Kansas City’s franchise-record 13-game win streak and offering a second-half defense that controlled quarterback Patrick Mahomes as few have over the past three years.

It was then that things got pretty darn cool.

Maybe, as Raiders coach Jon Gruden suggested this week, the bus driver really was a smart aleck who offered some snide comments. Maybe the person didn’t say a darn thing. Maybe this was just all Gruden — who loves a good rivalry more than anyone — excited about stirring the pot a little.

Whatever the motivation, that the Raiders chose to circle Arrowhead in their team buses as part of a victory lap is a tremendous visual. Sports need more of them.

“We haven’t been winning very much,” Gruden told Kansas City-based reporters this week. “I hate to break the news to you guys, but we haven’t been very good. We’re happy to win. We get really excited when we win. When you beat the Saints or you beat the world champions, you have a tendency to get excited. It’s pretty logical.

“We’re trying our best to improve. We have a long ways to go, but it sure does help once in a while when you can get a win, especially against a great team.”

Sunday might be the Raiders’ biggest regular-season game since September of 2018 when they faced the Rams on “Monday Night Football,” and that had more to do with who was on the sideline that night. It was Gruden’s return to the franchise as coach.

Before that, you have to strain the ol’ eyeballs back to December of 2016 — when the Raiders clinched their first playoff berth in 14 years — to discover a regular-season game of extreme significance. Before that, try 2002.

It’s obvious, then, why this particular game is defined by more juice than others. The Raiders would pull within a game of the Chiefs in the AFC West with a win and improve their odds of making the playoffs from the 68.8 percent they are currently awarded from Football Outsiders.

Problem: The Raiders don’t appear to have much going for them Sunday for more reasons than just playing arguably the NFL’s best team.

It will do so with a defense of which 10 players missed most or all of practice this week while on the COVID-19 list. It will do so against a Chiefs side that, despite how much it tried downplaying that victory lap last month, was obviously irked at it.

“A lot of people care about this game like it is their Super Bowl,” Kansas City tight end Travis Kelce told reporters when throwing some serious shade at the Raiders. “I’m not saying that’s how they acted by doing two laps around the stadium, but we’re not like that.”

The official Twitter account of the Chiefs also offered this Tuesday: We’ll let our play do the talking.

The Raiders will also, for a third straight season, face the Chiefs as they come off a bye week. Reid’s record in such games: 18-3.

“I’m sure that’s just a coincidence,” an overly sarcastic Gruden said of a scheduling quirk that doesn’t do his team any favors. “You know, I’m sure it’s a coincidence … I don’t think about it. The schedule is the schedule. You’ve got to adapt to it, and that’s what we’ll do.”

It’s a big game. Not many of those have occurred for the Raiders of late.

Victory lap. Someone take one. The last thing 2020 needs is a heavy dose of the No Fun League.