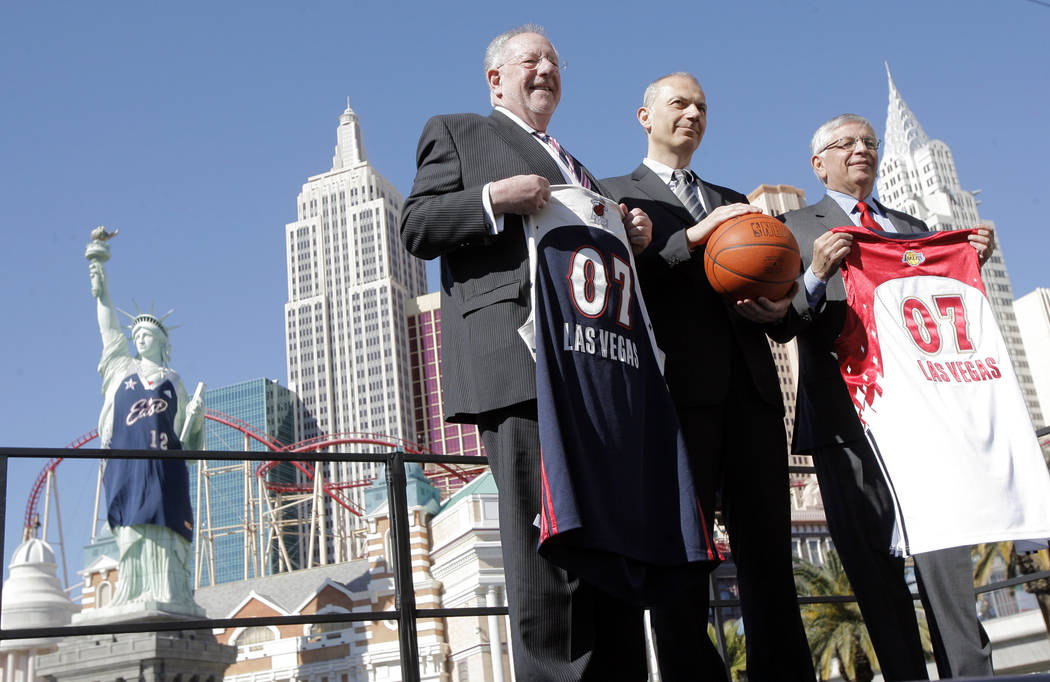 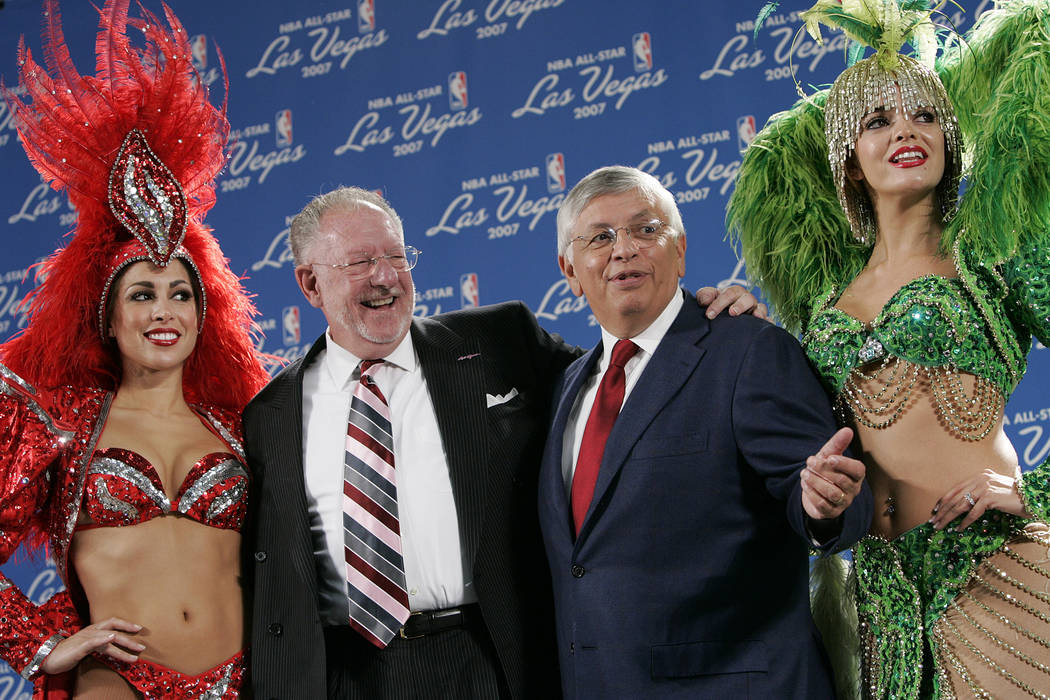 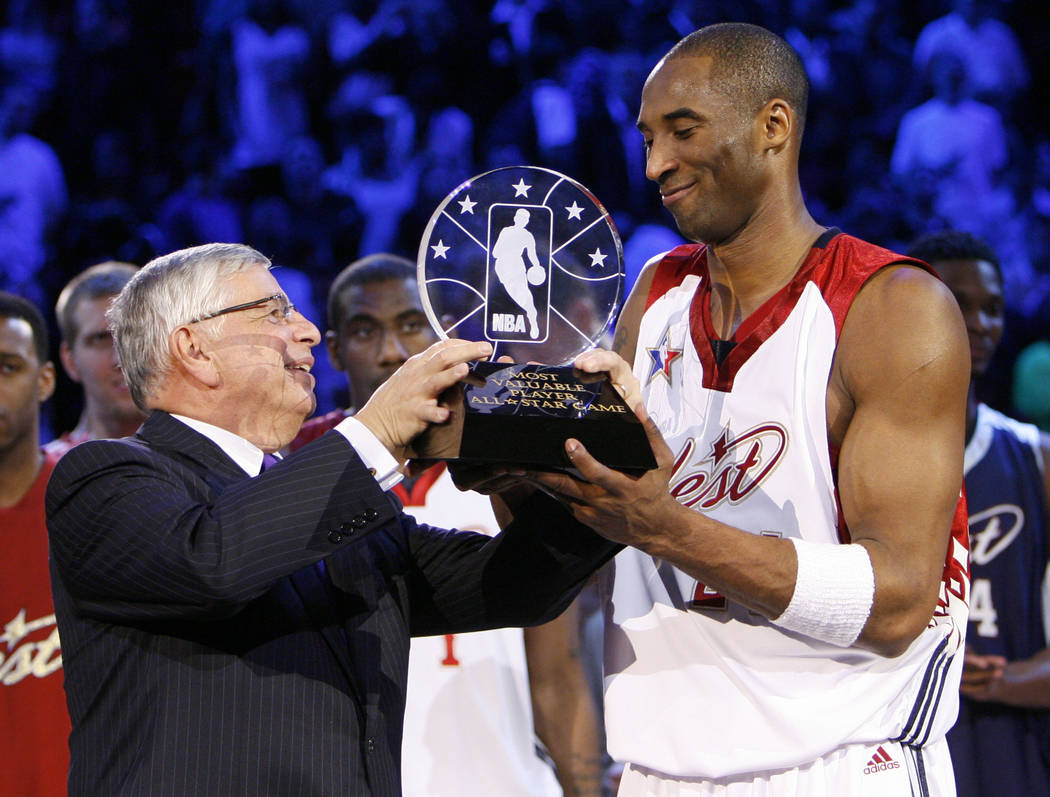 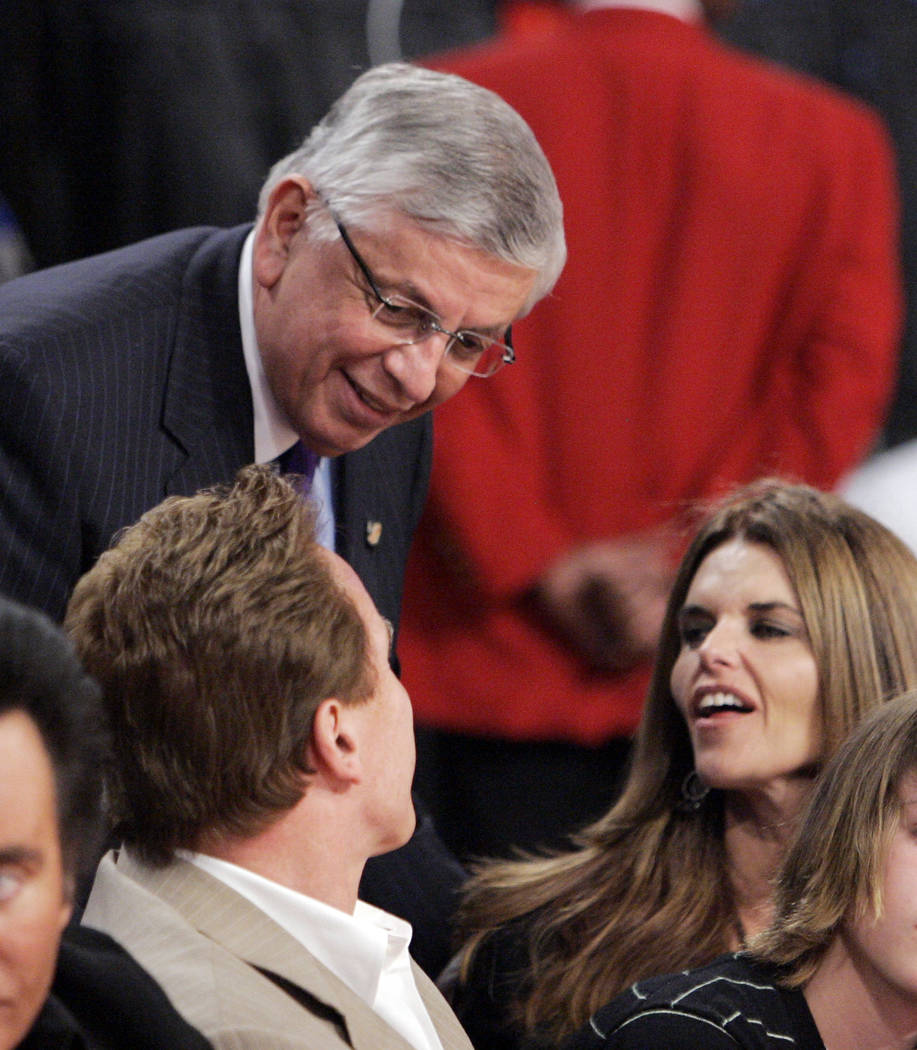 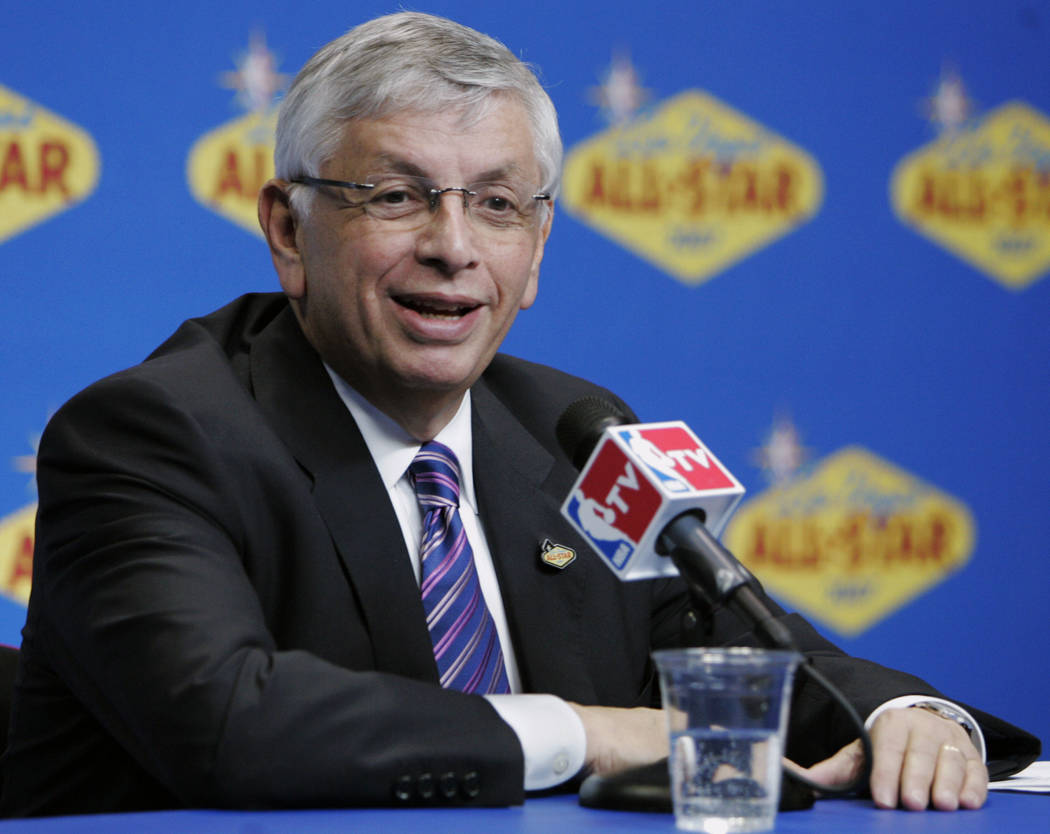 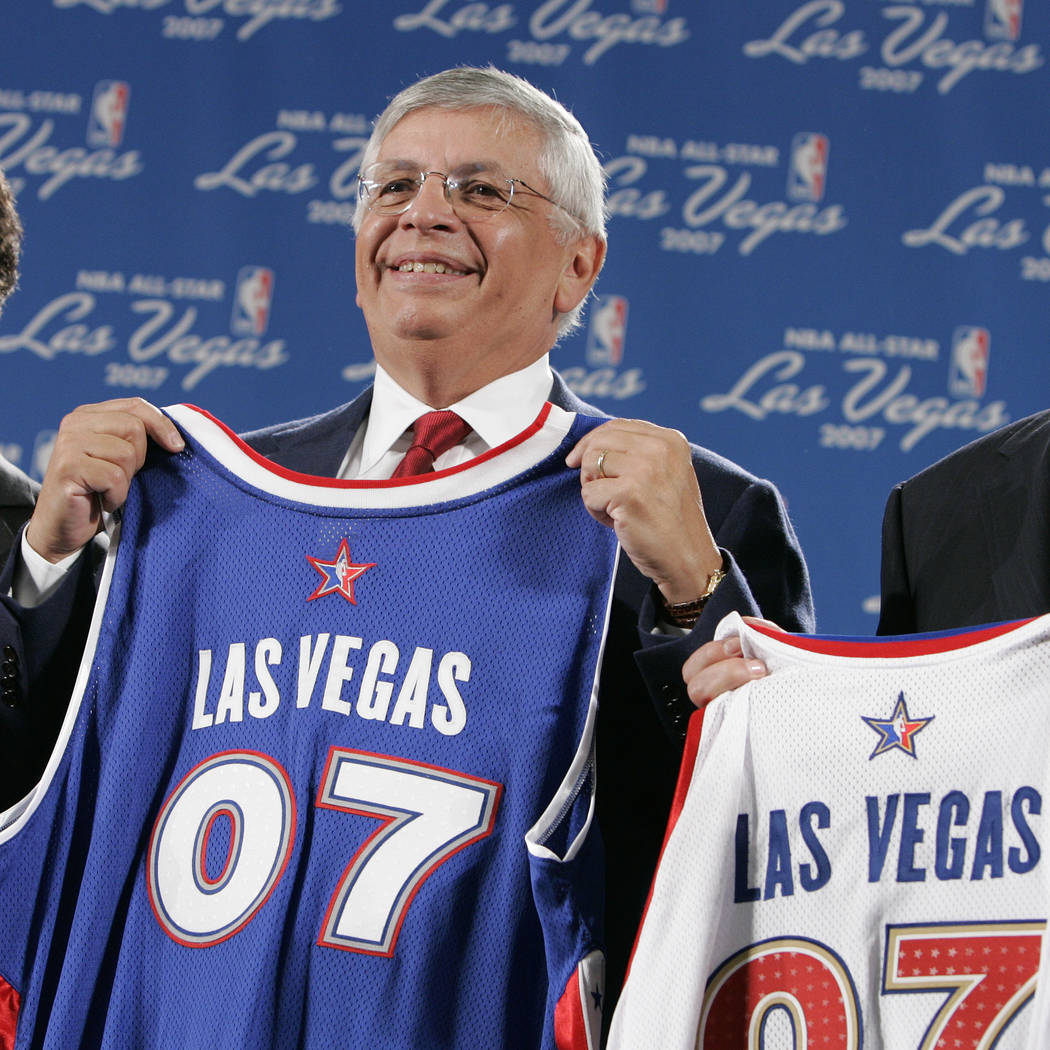 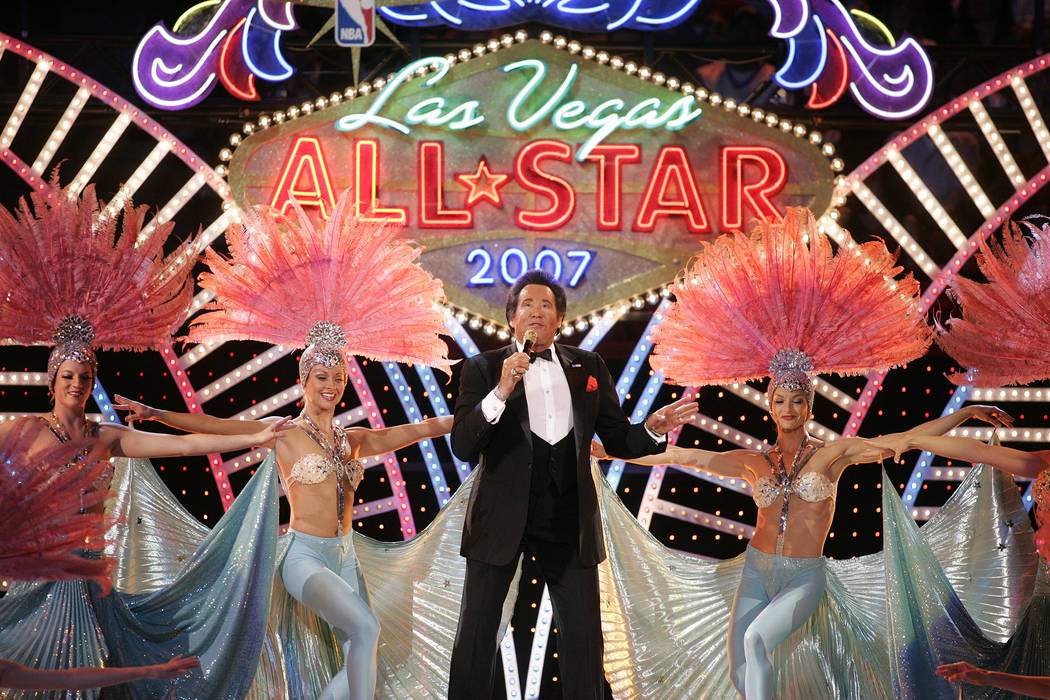 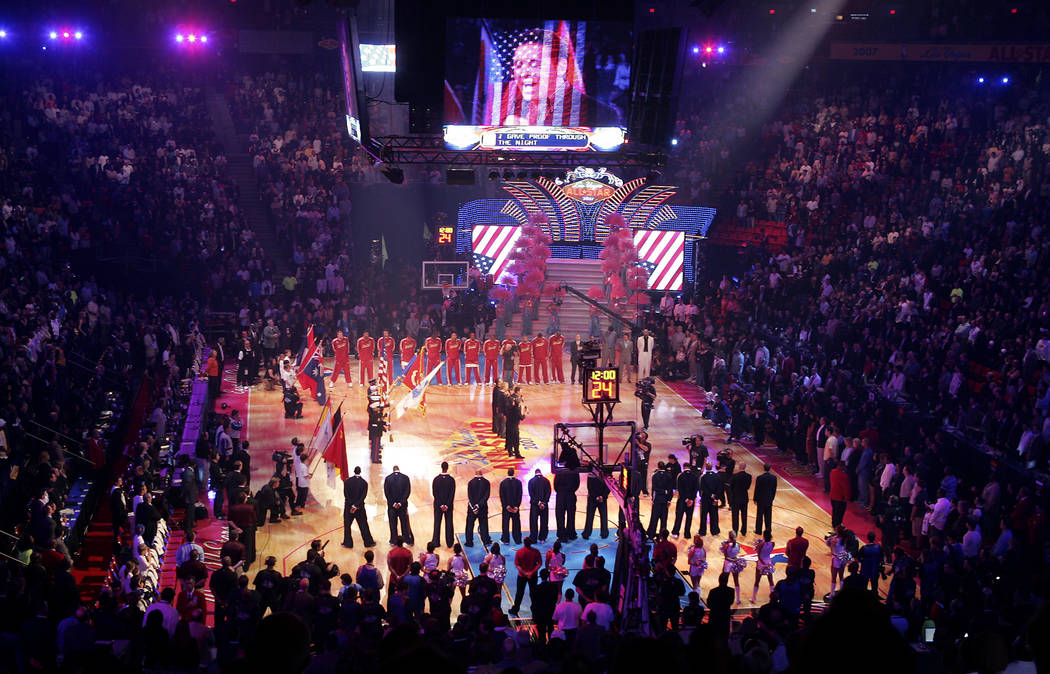 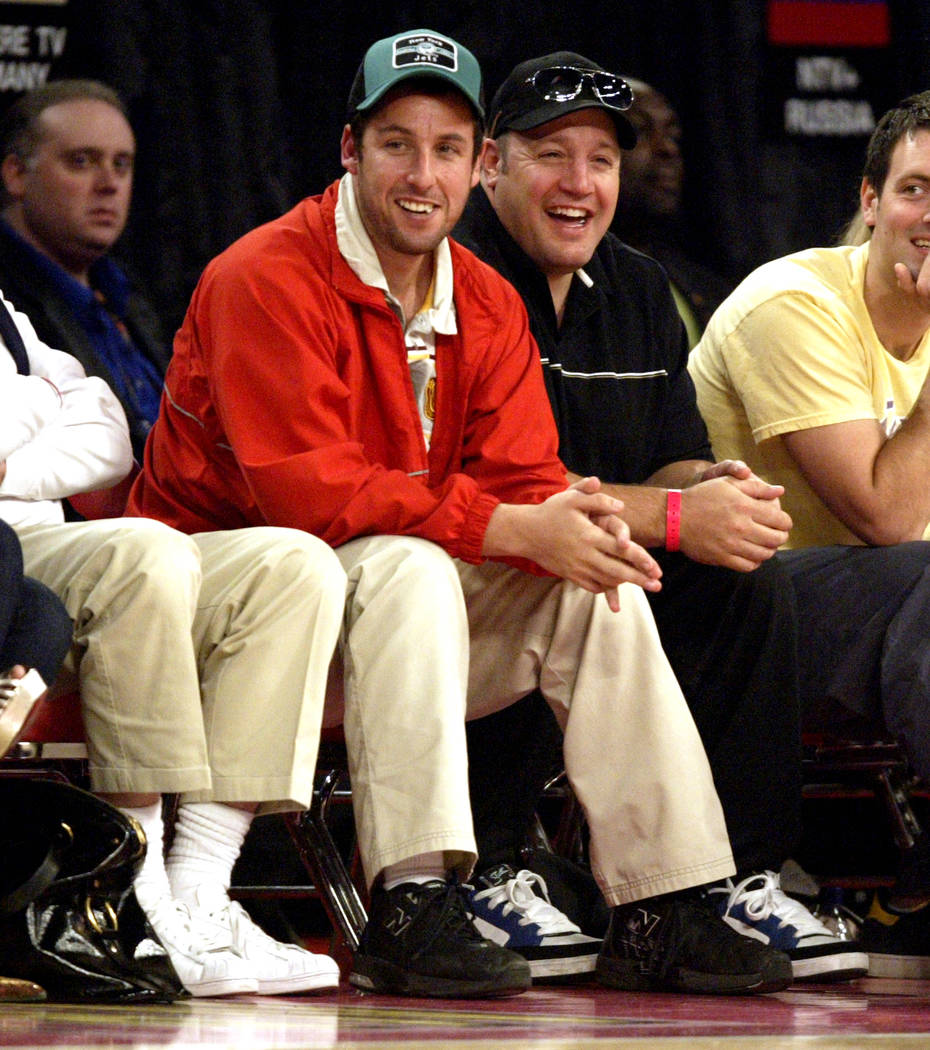 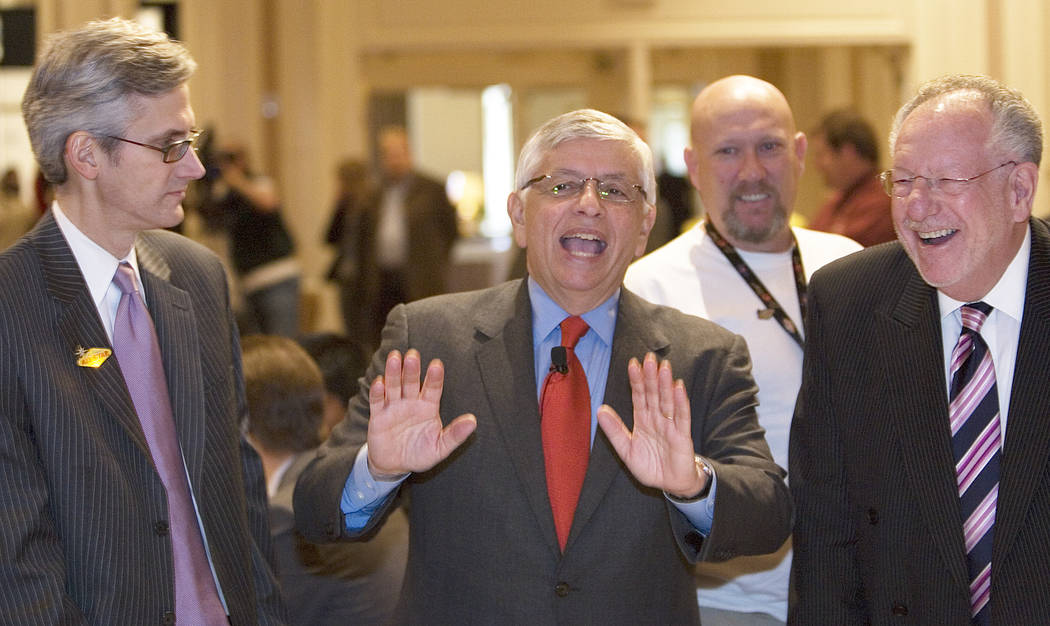 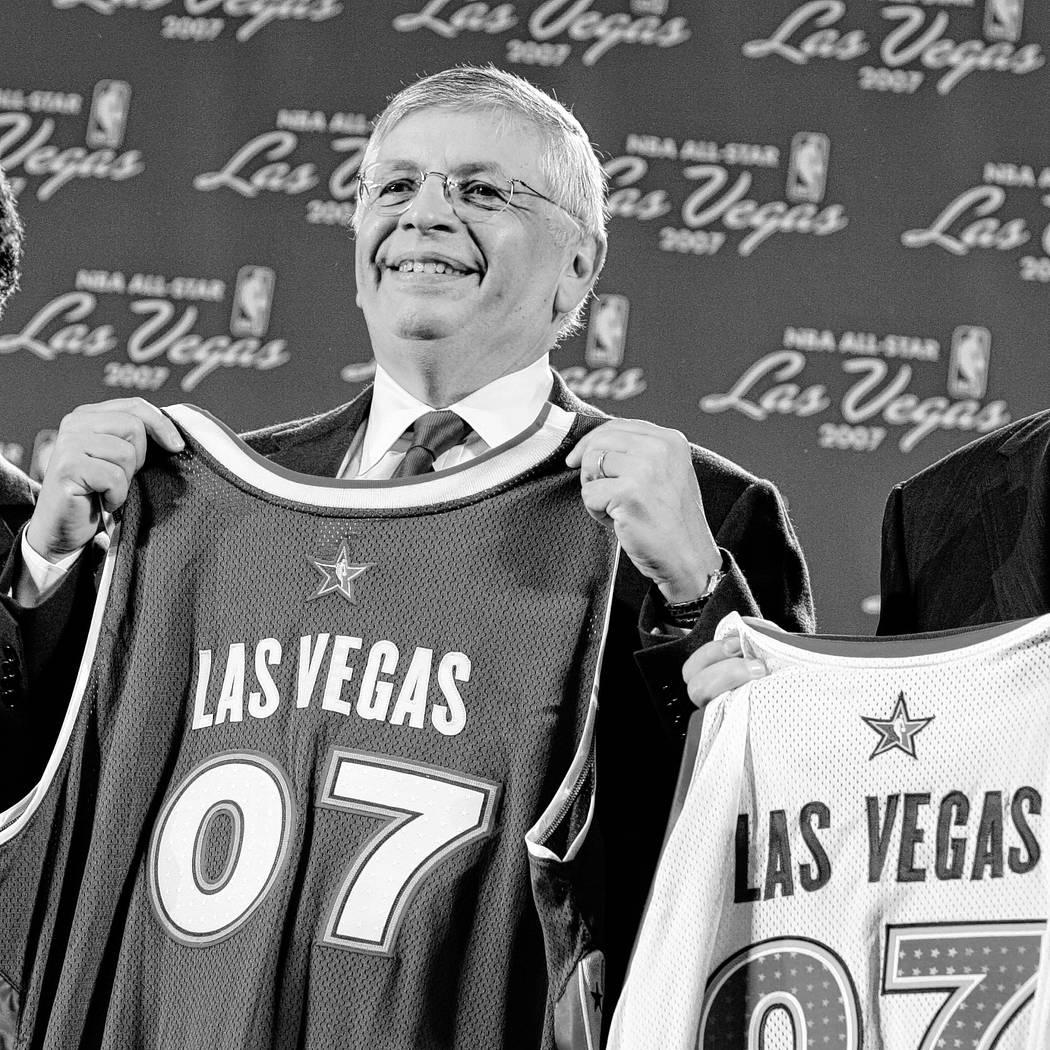 David Stern was hardly an enigma, a man whose volatile outbursts when things didn’t go his way were as famous inside NBA halls as Michael Jordan was on a court.

But his drive was also the proving ground of a progressive soul, and when it came to his views on Las Vegas, an openness to evolve changed the town’s future in regard to perhaps one day welcoming an NBA franchise.

Stern died Wednesday at the age of 77, the longtime commissioner succumbing to a brain hemorrhage suffered three weeks ago.

He will be rightly eulogized as one who over three decades globalized the NBA, crafting it into an $8 billion enterprise with games televised in more than 200 countries.

Stern retired in 2014, his fingerprints belonging to one of the most successful commissioners and prominent businessmen in sports history.

It just took him a while to come around on sports gaming.

Oscar Goodman had just become mayor of Las Vegas in 1999 when he visited the offices of the NHL and NBA in New York, his charge to measure the interest and likelihood of one or both leagues eventually placing a team in Southern Nevada.

The response from those in hockey was positive. They certainly didn’t close any doors on the idea and, 17 years later, Las Vegas received its expansion team.

Things were entirely different down the street.

“(Stern) looked at me and said, ‘Over my dead body will Las Vegas ever get a team with legalized sports betting there,’ ” Goodman recalled Wednesday. “He was a curmudgeon. He was brilliant. He was a very, very nice man. Over the years, I became the little dog nipping at his ankles about Las Vegas. Wherever he went, I went. I imposed myself on him.

“I told him all the time he was wrong about Las Vegas. He was always very nice in the way he said, ‘No.’ We disagreed in the beginning but became good friends. He was a decent person. I really liked the guy.”

As stubborn as Stern could be about most anything, he was also incredibly smart, so the idea that time is our wisest counselor might explain how his views about sports gaming changed dramatically as decades passed.

They remained skeptical in 2007, when Las Vegas hosted the NBA All-Star Game and Stern admonished a local radio host for asking if the commissioner had concerns as it related to the city housing a team.

Specifically, whether he was more worried about fans betting on games or the potential of a points-shaving scandal.

Stern’s response: “I’m not worried about games being fixed, and I’m surprised you asked the question.”

Five months later, it was announced the FBI was investigating former referee Tim Donaghy for placing bets on games and providing tips to mob informants who also wagered on them.

“I had an interesting relationship with Las Vegas,” Stern said at a 2016 Global Gaming Expo. “We created great success (in the NBA) with fans who were basketball fans and fans of the home team. I used to say I didn’t want anyone to leave the arena unhappy because the home team had won but didn’t cover.

“But over time, I came to accept the notion that a properly run gaming operation is protective.”

The NBA has its place here. Summer League. WNBA franchise. Training grounds for the Senior National Team. A world-class arena in T-Mobile that could feature an existing or expansion team tomorrow.

And while Stern’s tenure unquestionably included several controversial matters — Donaghy, Michael Jordan’s gambling issues, nixing the Chris Paul trade to the Lakers, forcing the Maloof family (now minority owners of the Golden Knights) to sell the Sacramento Kings — his transformative views on Las Vegas and sports gaming might have been his most surprising U-turn.

Maybe it was learning more about its regulatory system.

Maybe he was already dreaming of a time the NBA would request a percentage of bets if sports gambling became legal nationwide, absurd as the idea remains.

Whatever the reasoning, it just might one day be credited for Las Vegas landing an NBA team.

“I believe that,” Goodman said. “I think what happened is that (Stern) eventually looked at Adam Silver, his successor, and winked in the way that said, ‘Las Vegas would be a great place to have a team.’ And when it happens much sooner than later — I no longer say ‘if’ — David Stern will have played a big part in getting it done.”

The curmudgeon evolved when it came to our town and its ways.