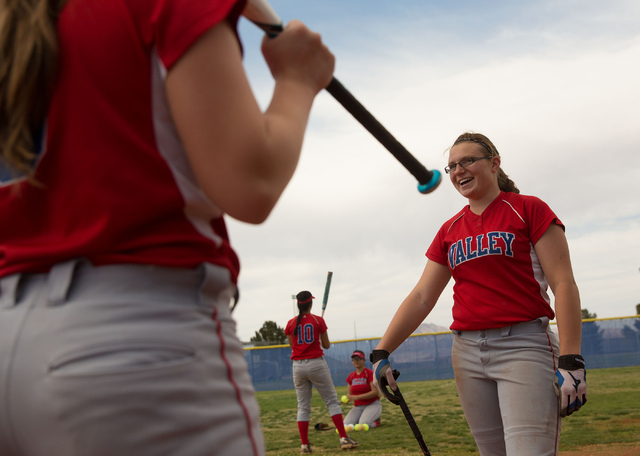 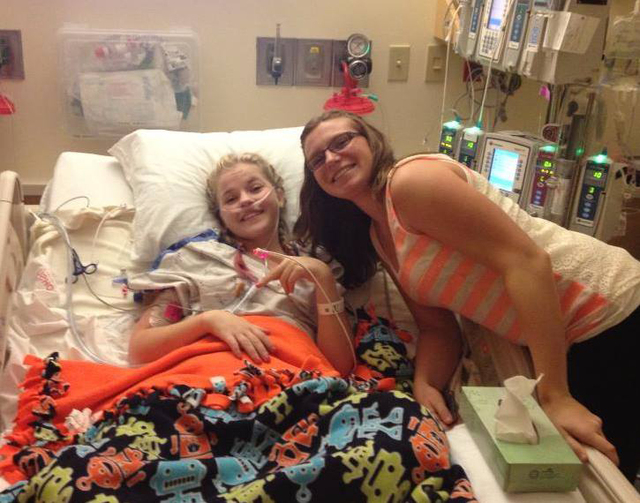 Valley High School pitcher, Kristina Manthei, right, is shown with her friend and former catcher, Olivia Ross, who is undergoing a second round of chemotherapy for leukemia. Manthei is raising money for her friend through the Strikeout for Olivia website at http://www.gofundme.com/7hz8d8. (Courtesy of Facebook) 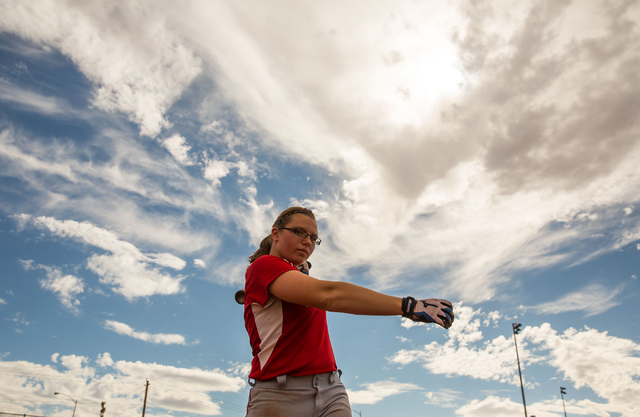 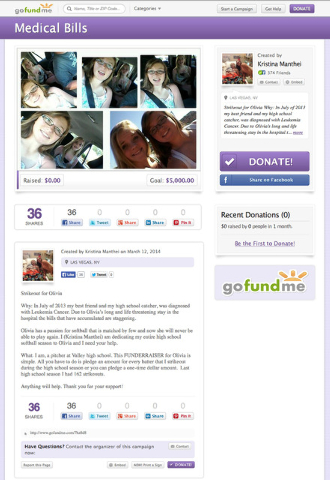 The Strikeout for Olivia website at http://www.gofundme.com/7hz8d8 is shown Tuesday, April 15, 2014. Valley High School pitcher, Kristina Manthei, is raising money for her friend and former catcher, Olivia Ross, who is undergoing a second round of chemotherapy for leukemia. (Courtesy/gofundme.com) 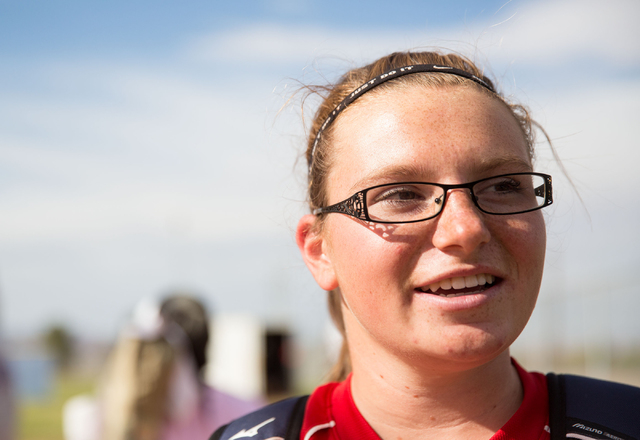 She needed a throwing partner. That’s where the story begins. On a softball field, near the end of intramural workouts in February 2013, two freshmen at Valley High joined by the uncomplicated act of warming up.

She needed a catcher. Someone with whom to bond, to trust, to forge the sort of relationship a pitcher seeks in those flashing signals and shouting words of encouragement when a ball doesn’t exactly hit its intended spot.

They just clicked, is all.

The dream was four years of varsity ball. Together. Kristina and Olivia. Pitcher and catcher. Friends for life.

Cancer doesn’t dream all that much.

Olivia Ross, the catcher, is now in Longview, Wash., a two-hour drive from Seattle, undergoing a second round of chemotherapy for leukemia, battling it all without the use of pharmaceuticals, without pain medication or appetite enhancers, determined to show everyone that you can heal by embracing only that which nature gives us.

Kristina Manthei, the pitcher, is back in the circle for her sophomore season at Valley, having recorded a 6-4 record with a 1.55 ERA and 97 strikeouts. It’s that last number that is most important.

She is 16 and has a heart the size of any field on which she competes.

She wanted more than to create a cheer or patch on a uniform. She wanted to help in a way that would truly mean something. So when Kristina returned home in August from visiting Olivia in the hospital, where her best friend nearly died from an infection from the chemotherapy, when her heart failed and her lung collapsed and she was given a 10 percent chance of surviving, an idea was born.

Manthei and her father, Dave, came up with the idea for a campaign in which people could donate either a fixed amount of money or pledge a specific dollar figure for each strikeout Kristina records this season.

“The medical bills have been overwhelming for her family,” Kristina said. “We play every game with Olivia in our hearts. The last time I saw her, with the breathing tube and all the machines … I thought it would be the last time. It was heartbreaking. We cried and hugged and said we loved each other.

“So, yes, I’m trying a little extra hard now for every strikeout because I know how much the money will help her. We talk. We text. We FaceTime. She told me, ‘I will see you again. We will play together again.’ I miss her all the time.”

The trip to Washington was supposed to be nothing more than a summer vacation with her grandmother. But an illness that began near the end of last softball season turned worse, and it took all of one visit to the emergency room for doctors to realize Olivia had an advanced stage of leukemia. She wouldn’t return to Las Vegas, beginning what has been an incredibly difficult journey with her father, Todd, a single parent, at her side.

The chemotherapy has taken from Olivia her hair, but across her scalp resides a beautiful henna tattoo, drawn in the Asian tradition of using paste made from the powdered leaves of the henna plant.

Her current design is of a Dreamcatcher, based on a willow hoop in which is woven a net or web, decorated with feathers and beads.

“It is meant to keep the bad dreams away,” Olivia said. “But my dream is a good one, to come back to Las Vegas and my team at Valley High, to play with Kristina again. It keeps me positive. I spent (100 days) in the hospital and would be throwing Wiffle balls in the hallways with my physical therapist. My dream is to begin my maintenance treatment this winter and be back there fighting for my spot behind the plate next season. That hope, that drive to play again, keeps me going. The game keeps me going.

“What Kristina is doing for me with (Strikeout for Olivia) is amazing. To have that kind of support from her is overwhelming. I miss our bond the most. It’s true what they say about pitchers and catchers. To have such a friend is awesome.”

Dave Manthei has to catch himself, because if he begins to talk about his daughter’s pledge to raise as much money as possible for Olivia, well, it’s impossible to stop the tears from flowing.

“I asked Kristina when she returned from seeing Olivia in the summer and said she wanted to dedicate her season to her, ‘What do you do best?’ ” Dave said. “She said, “I strike people out.’ I said, ‘OK, let’s do something with that idea.’ Kristina is a great kid. When it comes to doing something for a friend, she will go to the end for Olivia. I couldn’t be prouder.”