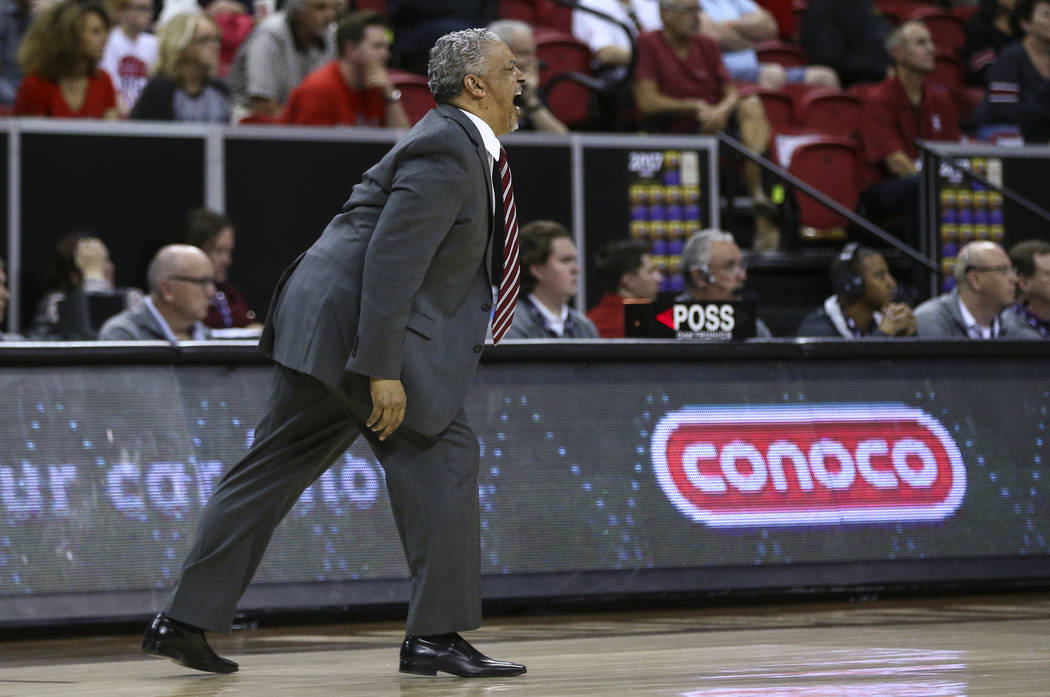 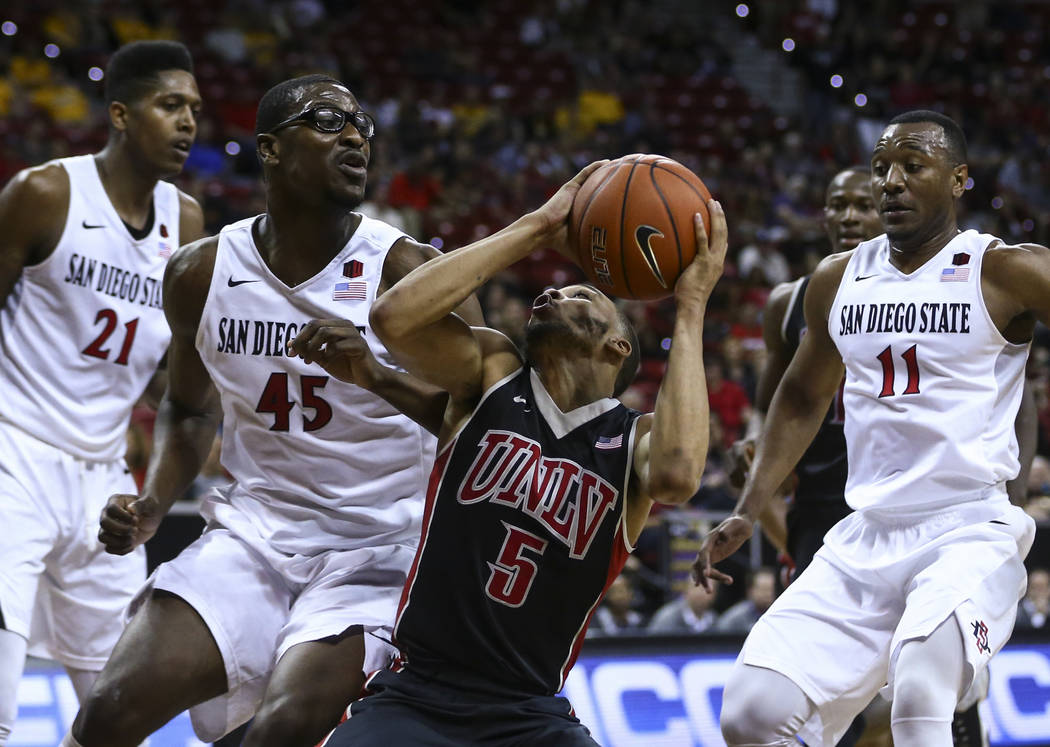 Mercifully, thankfully, finally, the nightmare is over.

UNLV’s basketball team saved some of its worst for last this season, which is amazing when you consider how bad things were historically for much of a 32-game stretch, a five-month period that was doomed from the beginning.

It’s fair to keep the narrative consistent, even following such a colossal final thud, that Marvin Menzies as UNLV’s first-year coach inherited a hopeless situation in terms of any opportunity to find instant success.

This is also more than reasonable: From the second a ridiculous 62-52 overtime loss to San Diego State on Wednesday in a play-in game of the Mountain West Tournament at the Thomas & Mack Center ended, how UNLV takes the next steps of improvement is squarely on the shoulders of Menzies.

It’s totally on him now, every detail of rebuilding an 11-21 team that never can be this awful again.

Maybe it’s going from 11th place in conference to seventh next season and then into a top three contending role the following one.

Maybe it takes four years instead of three.

Maybe five instead of four.

But progress needs to be steady for a program that had no chance to win this season after Menzies inherited three returning scholarship players upon being hired in April following UNLV’s administration botching the timing of a coach (Dave Rice) being fired and the ensuing search his replacement.

That’s over now, gone faster than a 21-point UNLV lead in the second half Wednesday.

You read that right.

Twenty-one points … against a San Diego State team that can’t score … that can’t shoot … that has averaged 54.4 points in regulation its past five games.

UNLV lost to an Aztecs side that posted its largest recorded second-half comeback in school history, and not because San Diego State is any good.

This wasn’t UCLA rallying from down 21.

This was an Aztecs team that can’t get out of its own way offensively.

“I rarely get on my phone after a game,” said San Diego State coach Steve Fisher, who had Menzies on his staff from 1999 to 2003. “But we had a minute before we came down here, and I was talking to Angie, my wife. And she — first thing she said was how happy she was for me and our team. And very quickly out of her mouth came how bad she felt for Marvin, who is like family to us.

“And then she went on to say, ‘But Marvin’s day will come.’ And it will. He will get players. He will love them and teach them, and he will win. This game starts with recruiting. You need players. Everybody needs players. And he was working with less than a half-filled deck. Nobody’s fault. But that’s a fact. Marvin can recruit, and Marvin can coach.”

The worst thing Menzies could do is have a knee-jerk reaction to this season. It would be easy to overreact and alter his strategy of trying to be a primarily high school recruiting base within three years, which is the most sensible sketch to eventually deliver positive results.

It has been talked about, written about, debated over countless social media platforms. Menzies needs to upgrade his roster by moving some players out and bringing more talented ones in. It’s a tough reality that must happen.

Menzies and his staff need to get better, too. Two players (freshman forward Cheickna Dembele and junior Jovan Mooring for being taught a position in point guard he shouldn’t be playing) got better. Most didn’t.

Did you see how well UNLV defended in the first half Wednesday, limiting the Aztecs to 14 points and 4-of-27 shooting?

Why couldn’t the Rebels play man defense with that much passion and focus more times this season?

There just wasn’t much good, and the fact Menzies incredibly felt a need to request reporters ask more positive questions — following two harmless ones — after Wednesday’s loss says all you need to know about how the nightmare needed to end.

“There’s no question I have to get some guys,” Menzies said. “We’ve got some new guys coming in that I like. So we’ll be better, hopefully significantly better. I still feel like the luckiest man on the planet who has had a bad day.

“There’s going to be some people that are going to be negative and still talk about the season as if it were a disaster. If you only go by wins and losses, it was pretty much a disaster. If that’s what you’re judging the program on, then you’re right.

“But I don’t coach for just wins and losses. I coach to build a program that has a lot of components. Our guys will be in classes (Thursday). We’ll be out in the community. And my seniors will have great lives because they said yes to me, and they said yes to UNLV, and I’ll make sure they’re good.”

It wasn’t about wins and losses this season.

It is going forward.

From the second that ridiculous loss ended Wednesday, it became entirely on him.