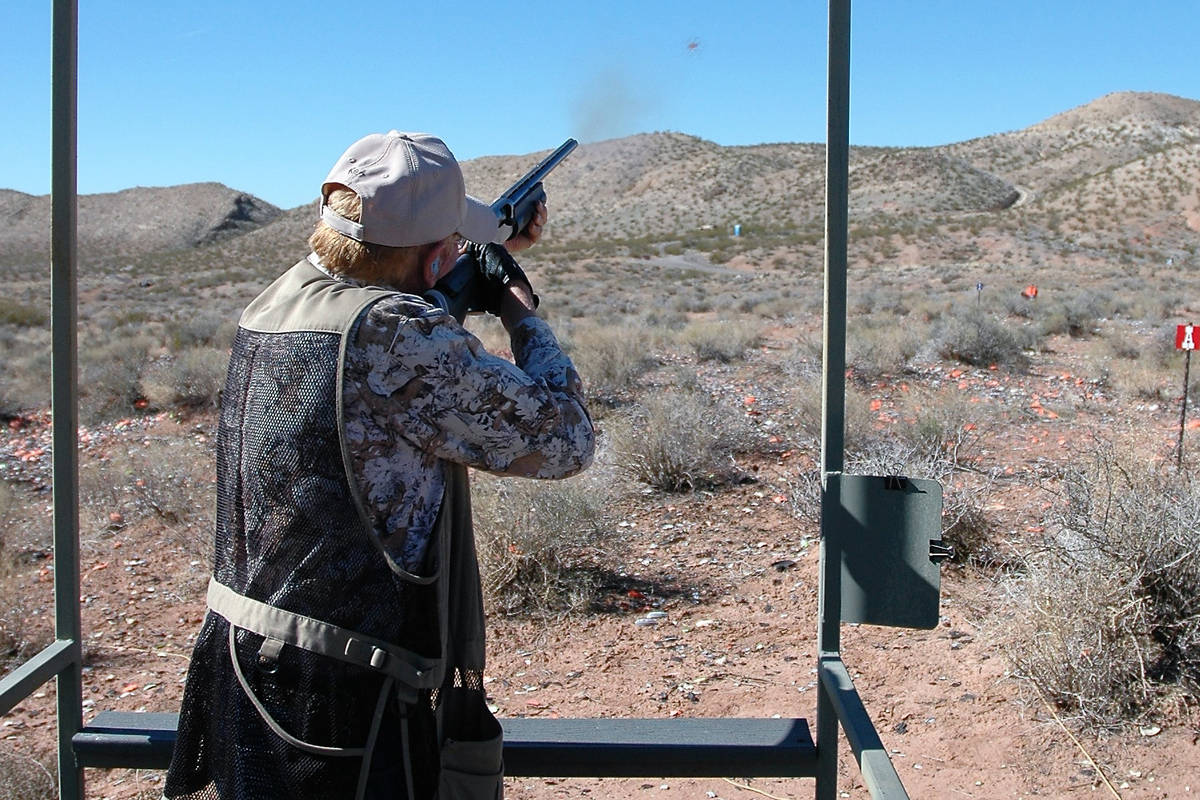 A shotgun enthusiast powders a clay target at his local shooting range. Recreational shooting, in all its many facets, is a tradition that dates back hundreds of years. (Doug Nielsen)

Like a sprinter waiting in the starting blocks for the rapport of the starter pistol, a competitor waits for the horn signaling it is her time to go.

Her muscles are tense, and her heart is pounding. Mentally she takes another run through the course she has already walked in preparation for this moment.

Then the horn sounds.

Targets fall as she makes her way through the course. Boom! Ting. Close targets are paper; metal targets are for longer shots.

Along the way, she negotiates obstacles, shooting from standing, kneeling or prone positions as needed. At each station she shoots. Boom! Ting. As she moves through the course, it requires that she transition from her handgun to a semiautomatic shotgun and then to a modern sporting rifle, something built on the AR platform. If needed, she swaps magazines.

She is shooting 3-Gun, a fast-moving, high-adrenaline shooting competition that tests agility and shooting skill as well as the mental and physical stamina of its female and male competitors. Much like Sporting Clays simulates hunting game birds and other species, 3-Gun puts shooters through simulated combat or self-defense scenarios.

Targets include clay pigeons, cardboard silhouettes and steel targets of varying sizes, and the shooter who hits the most targets in the least amount of time is the winner, according to the National Shooting Sports Foundation

A typical 3-Gun day at the range is not your grandfather’s day at the range, and maybe not your parents’, either. It moves at a much faster pace, testing multiple skill sets all at once. In many ways, it is as much an athletic activity as it is a shooting event. A combination that has caused 3-Gun to become one of the fastest growing shooting sports.

As with any of the shooting sports, 3-Gun competitions follow a set of rules, usually those established by the International Multi-Gun Association or the United States Practical Shooting Association, which regulate some matches. Local gun ranges or shooting organizations can alter the rules to fit their needs. This flexibility is part of what makes the sport so dynamic.

Shooting sports long have been part of the American landscape and culture, a tradition that has its roots in the countries from which many of our forebears originated.

Competitive shooting has been part of the Summer Olympic Games since the inaugural event in 1896 and has grown from five events that first year to 15 today. Shooters will compete in the rifle, shotgun and pistol disciplines this summer.

Today, there are multiple ways millions of gun owners can safely and legally enjoy the shooting and hunting sports, each one offering a unique challenge and experience. Whether one enjoys 3-Gun competitions, shooting clay targets, punching holes in a paper target with a modern sporting rifle or filling a freezer with wild game meat, they are taking part in an important part of our American heritage.

In many ways, you might even say there is something for everybody.