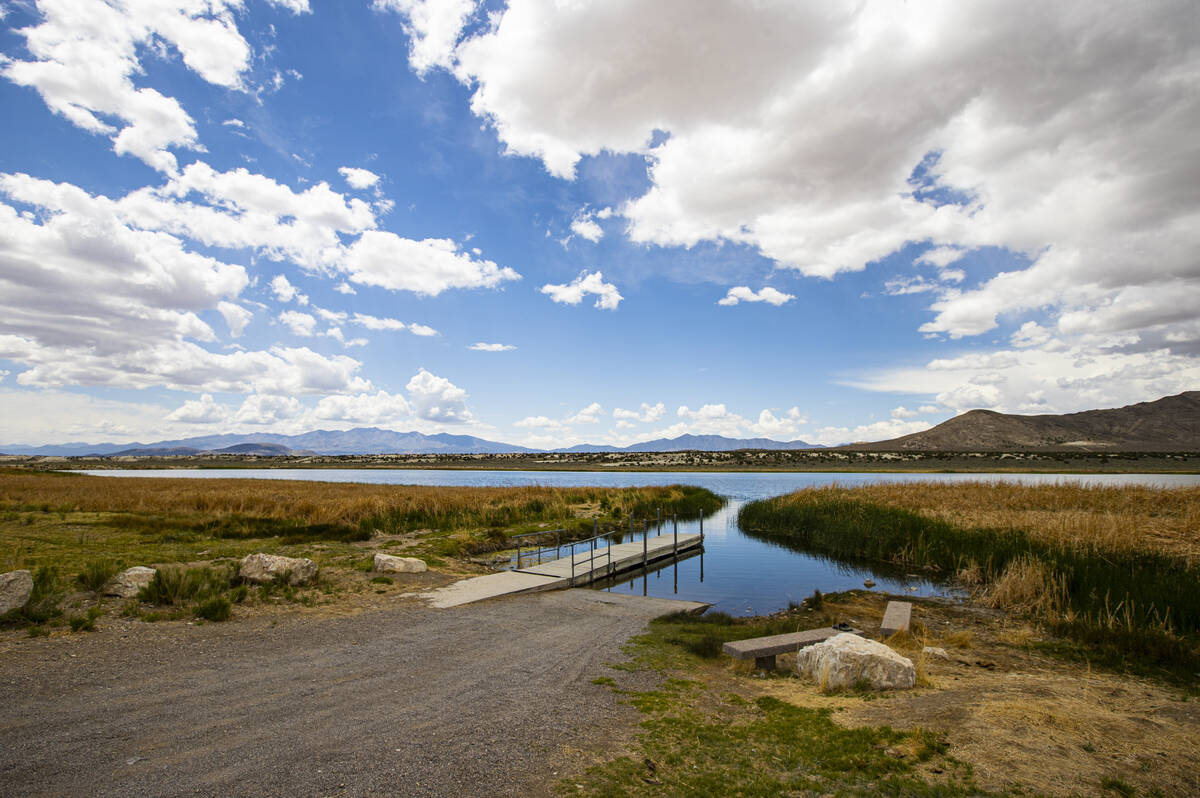 The Adams-McGill reservoir is seen at the Wayne E. Kirch Wildlife Management Area along the Basin & Range trail route in Nye County on Monday, May 17, 2021. (Chase Stevens/Las Vegas Review-Journal) @csstevensphoto

There’s good news for trout anglers who have kept their fishing rods on ice for the winter, so to speak. The hard water covering reservoirs at the Kirch Wildlife Management Area has begun to melt away from the shorelines, leaving open water for anglers willing to brave the cold temperatures.

There have been reports that anglers already have reeled in rainbow trout and even a few crappies.

As has often been the case in recent years, the reservoirs never really developed an ice covering thick enough for safe fishing. Some anglers may have tested their faith the past month or so, but that is not something most people who enjoy living would have done. Especially those who know that reservoirs on the management area are partially fed by warm springs.

The ice could get a brief reprieve this week. Weather forecasts call for overnight temperatures well below the freezing mark. But once the weather turns back to the warm side, it won’t take long for the ice to lose any ground it gains. So it might be a good idea to have your trout rods ready to go when the time comes.

Ice off is considered by many anglers to be the most productive time of year for catching most trout species. In a year where ice-fishing pressure has been relatively low, it could mean that fishing during ice off could be even better than in years with typical winter temperatures and weather patterns.

Trout stocked in the reservoirs last fall have had little to worry about other than eating whatever they could find and growing. And growing is what they do best under the ice in Nevada’s high desert reservoirs.

As ice begins to melt away from the shoreline, it does a couple of things. First, it makes available freshly oxygenated water warmed by the sun and a hardy meal or two. Trout will seek both of those, and any early season invertebrates are a bonus.

Second, the receding layer of ice provides cover where the fish can hide, or at least experience some level of security. Keep in mind they have been under an ice covering for many weeks, so they are used to having something overhead.

When that covering begins to disappear, they are vulnerable to predators from above and will act that way. The fish will hug that ice line like they will a grass bed or other submerged vegetation and use it as cover when they feel threatened.

Early season anglers can use that moving line of cover to their advantage. Work your baits along its edges for fish moving in and out of the cover it provides.

Trout tend to be a little lethargic the first week or two following ice off, so you may want to use baits that require little energy on the part of a trout. Night crawlers, PowerBait or Velveeta Cheese are early season options. The great thing about Velveeta is you can eat it on crackers when fishing is slow. Kind of a two-for-one deal.

You might also try dead-sticking a fly that resembles a small, dark brown or black snail. An occasional twitch along the tule beds might be just enough to goad a fish into biting.

As water temperatures increase, the fish will become more active, and bugs will start moving. This is a good time for moving baits such as lures and spinners.

If you are a hard-water angler, Comins Lake and Eagle Valley Reservoir still have plenty of ice and both are fishing well. So too is Utah’s Panguitch Lake, which produces some excellent catches during the winter. 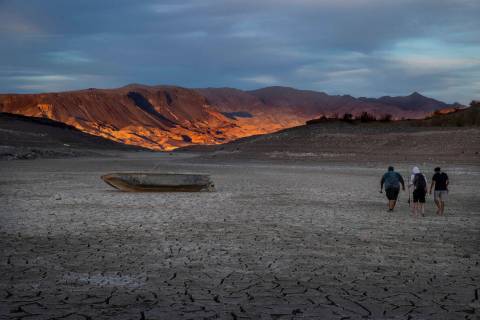