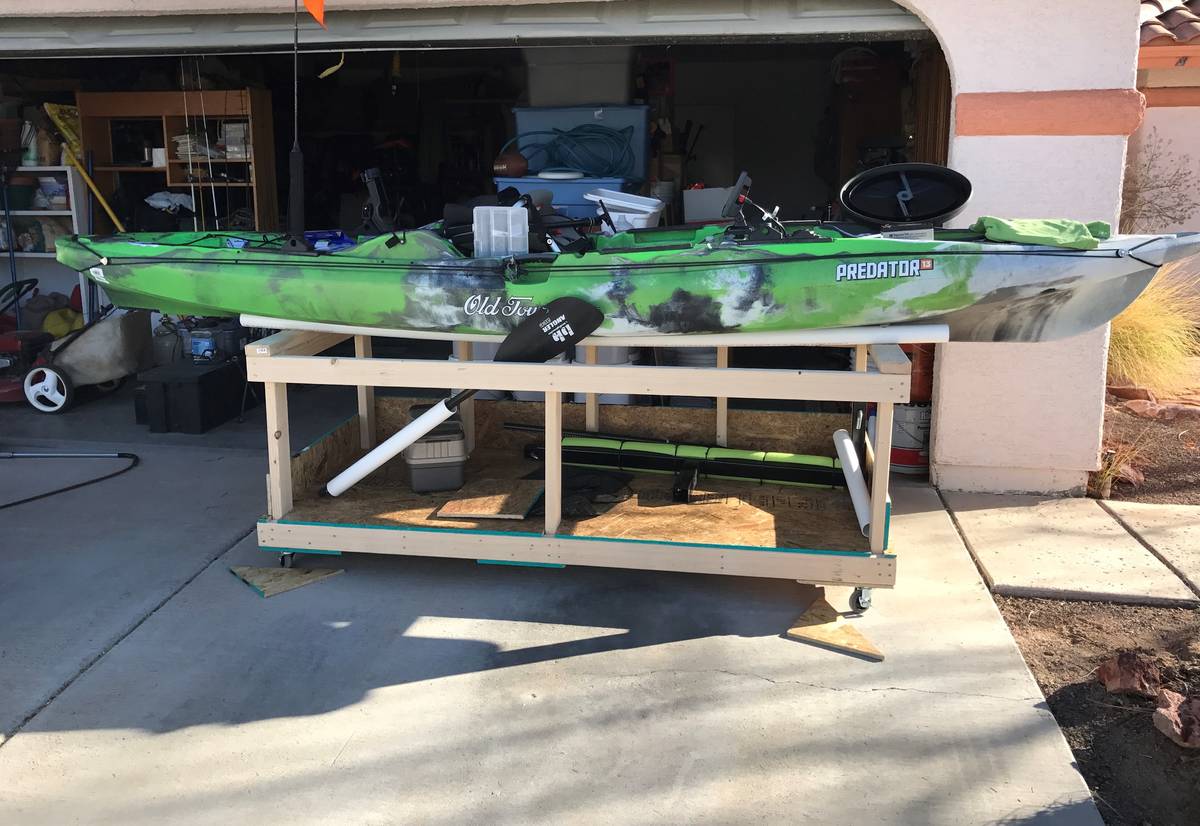 Storing your fishing kayak in the desert can be challenge. The PVC rails on this homemade cart provide support for the kayak’s full length and conform to its natural shape, minimizing the chance of hull deformation. Using a cart such as this makes it easy to move the kayak when needed. (Doug Nielsen) 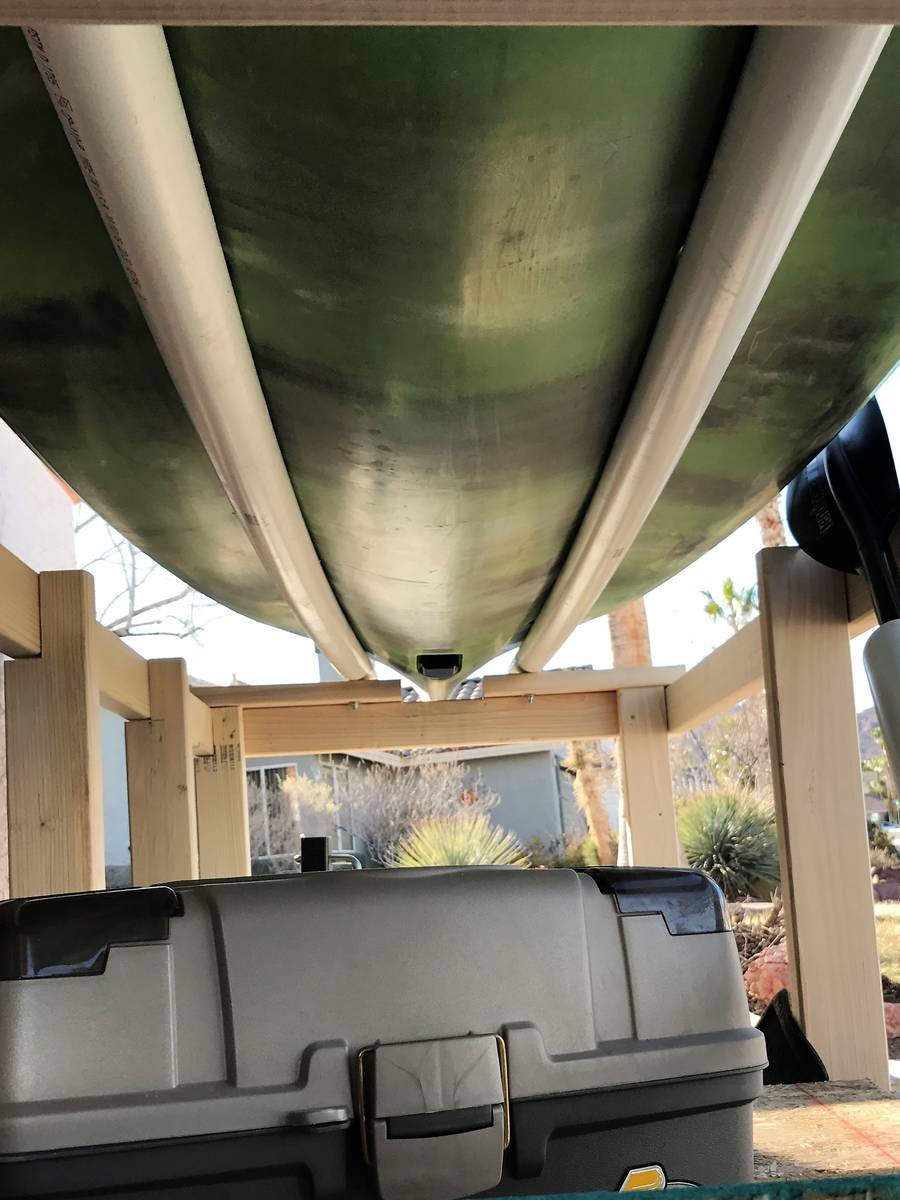 Storing your fishing kayak in the desert can be challenge. The PVC rails on this homemade cart provide support for the kayak’s full length and conform to its natural shape, minimizing the chance of hull deformation. Using a cart such as this makes it easy to move the kayak when needed. (Doug Nielsen)

Like many other outdoor pursuits, the paddling sports saw a huge surge in participation during 2020. Largely driven by severe cases of cabin fever and the need to get outside, people from all walks of life bought up local supplies of paddle boards, canoes and kayaks. The demand was such that retail outlets in Las Vegas Valley had little to no inventory.

That shortage left shoppers with the options of traveling to other communities or turning to the internet. Even then there was no guarantee they would find what they were seeking. My own internet search lasted weeks until I finally discovered the fishing kayak I was looking for.

Waiting for a new kayak to arrive is a lot like waiting for Christmas morning after you are old enough to work out a deal with Santa Claus. You know what is coming but still cannot wait for it to get here.

A fun as kayaks can be, they come from the factory with three problems. First, they are much like potato chips. One kayak is never enough. Second, they never look as big in the store as they do in your driveway. And third, you have to find somewhere to store it. That’s a step that may require sacrificing space already used for storing something else.

The only solution to the first problem is to never buy your first kayak, but what fun is there in that? Besides, paddling is always safer and more fun when sharing it with someone else. Neither your kids nor your fishing buddies are going to take much pleasure in fishing from shore while you are paddling somewhere on the water. So, eventually you will have at least one spare kayak.

Problems two and three are really a combined issue. Today’s better fishing kayaks are generally about 13 feet long and nearly 3 feet wide, though the actual dimensions are model dependent. One manufacturer has a model than pushes 14 feet. A kayak with these dimensions will take up nearly half of a standard vehicle parking space.

Something else to consider is the material of the kayak. Most of your modern kayaks are molded from plastic, which makes them lighter than they otherwise would be but also makes them susceptible to storage-related damage.

Anyone who has spent much time in the desert knows the sun can inflict significant damage in a short period of time. This means you will want to have some method of covering your kayak. Somewhere under a roof is best, but making that space available may require the sacrifice I mentioned earlier. You may opt to use a tarp, but a tarp will not last out a year of constant sun exposure. That means regular replacement will be needed to protect your kayak investment.

Even when stored inside, the heat and weight of the kayak can cause the plastic hull to deform if stored incorrectly. The preferred method is standing upright on the stern end. But since the standard garage ceiling is much too short, this method is not an option for most of us.

If stored flat on the ground or rested across a pair of sawhorses, the hull may develop a flat spot or dents where it rests on the sawhorses. Even suspension straps may cause deformation over time if used incorrectly.

I have had good luck with a homemade cart — and now with a converted personal watercraft trailer — that uses parallel pieces of PVC pipe to support nearly the entire length of my two kayaks. The PVC flexes with the weight of the kayak and follows its natural shape. Yet it is rigid enough to prevent the hull from developing a bow in the middle. The internet is full of creative designs for such storage and transportation options.