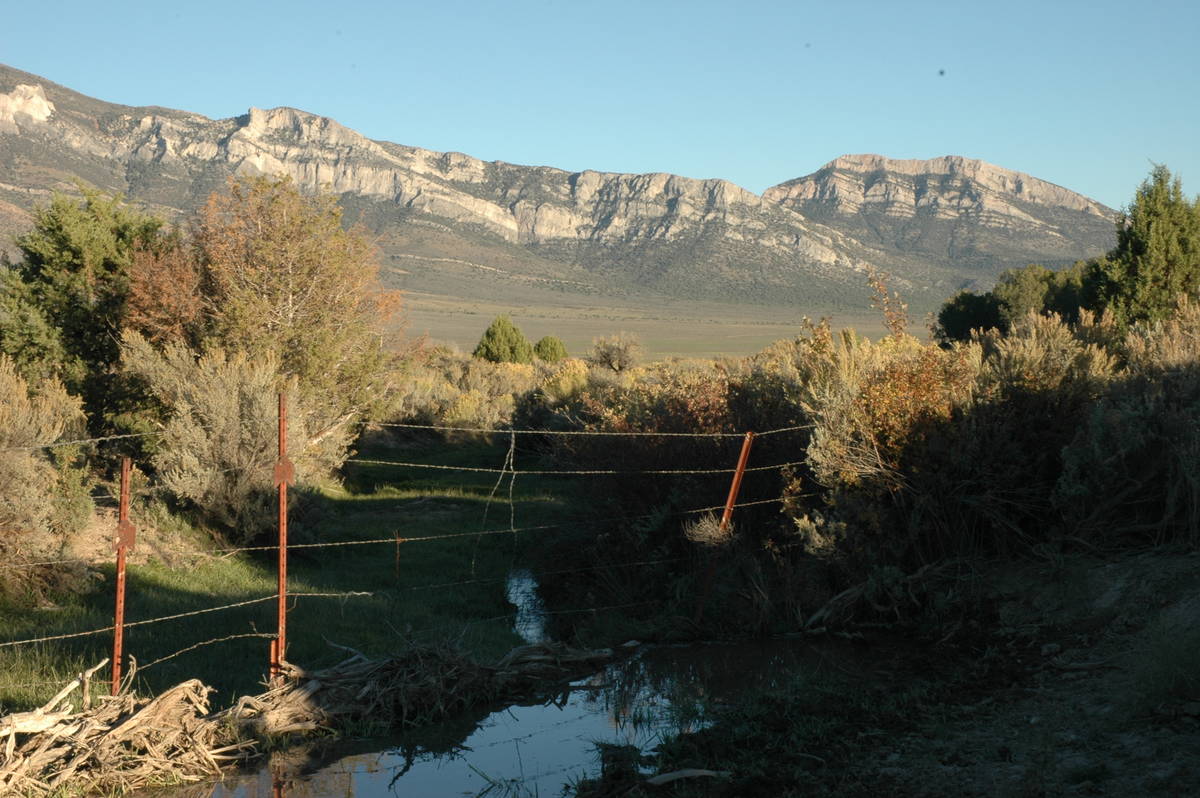 When looking for doves in the open desert, small pockets of water like this one may be all that you need to find what you are looking for. The birds need three things — food, water and a roost. (Doug Nielsen)

Early morning temperatures have begun to drop, if only a little. That means fall is on its way and with it the annual fall hunting season.

Though some big game hunting seasons already have begun in Nevada, it’s the first day of the annual mourning dove season that has long been viewed as the unofficial opener for the fall hunting season, which includes various upland game bird, waterfowl and most big game hunts.

As it has for as long as I can remember, the 2021 mourning dove season is set to begin Wednesday, Sept. 1, in the tristate area that encompasses Nevada, Utah and Arizona. In Nevada and Utah, the season runs straight through to Oct. 30, but Arizona divides its dove season into a two-week early season that ends Sept. 15 and a late season that begins Nov. 19 and runs through Jan. 2, 2022.

All three states offer generous bag limits of 15 birds daily and 45 in possession. In Arizona, however, no more than 10 of 15 birds taken in a day may be white-winged doves. Neither of the states have limits on Eurasian-collared doves, but in Utah they must remain fully feathered so they can be clearly identified and won’t count in your dove bag.

To help with identification, Arizona requires hunters to leave one fully feathered wing attached to all doves until you reach your permanent residence or the location where the birds will be consumed.

Mourning doves are not only one of the most popular game birds in America but also one the most numerous. According to the 2021 Mourning Dove Status Report published by the U.S. Fish Wildlife Service, there were an estimated 194 million mourning doves in the U.S. as of Sept. 1, 2020.

Although mourning doves will winter in much of their breeding range, which stretches from southern Canada to Central America, most migrate from northern climes to warmer areas in the southern U.S., Mexico and points further south. It is these migrating birds that provide most of the hunting opportunity found outside of urban areas and account for amazing harvest numbers in Arizona.

During the 2019-2020 dove season, 17,400 hunters harvested an estimated 355,900 mourning doves in The Grand Canyon State. That is a harvest rate of about 20.4 birds per hunter. In Utah and Nevada respectively, hunters harvested 26,400 and 7,600 birds, but their seasons are limited to early season dates while Arizona offers its late season.

Those numbers reflect data collected through the Migratory Bird Harvest Information Program (HIP) in which all hunters of migratory birds are required to enroll.

Arizona also is home to what many consider to be the dove hunting capitol of the world, the community of Yuma. All you have to do is take Highway 95 south past Lake Havasu and keep driving. You will find it. The community hosts multiple special events each year, including a World Championship dove cook-off.

Here in Southern Nevada, most of what were once local dove hunting hotspots have been bladed over for development. That said, hunters can find good hunting opportunity at the Overton, Key Pittman and Kirch Wildlife Management Areas, as well as the Pahranagat and Ash Meadows National Wildlife Refuges.

If you prefer a setting that is a little less formal, you can find some good hunting in the open desert on public lands near agricultural areas in northern Clark County and Lincoln County. The keys to finding the birds are water, food and a roost. Doves need all three.

While opening day gets the most attention, keep in mind that since doves are a migratory bird, some of the best hunting takes place later in September after most hunters have moved on to other things.