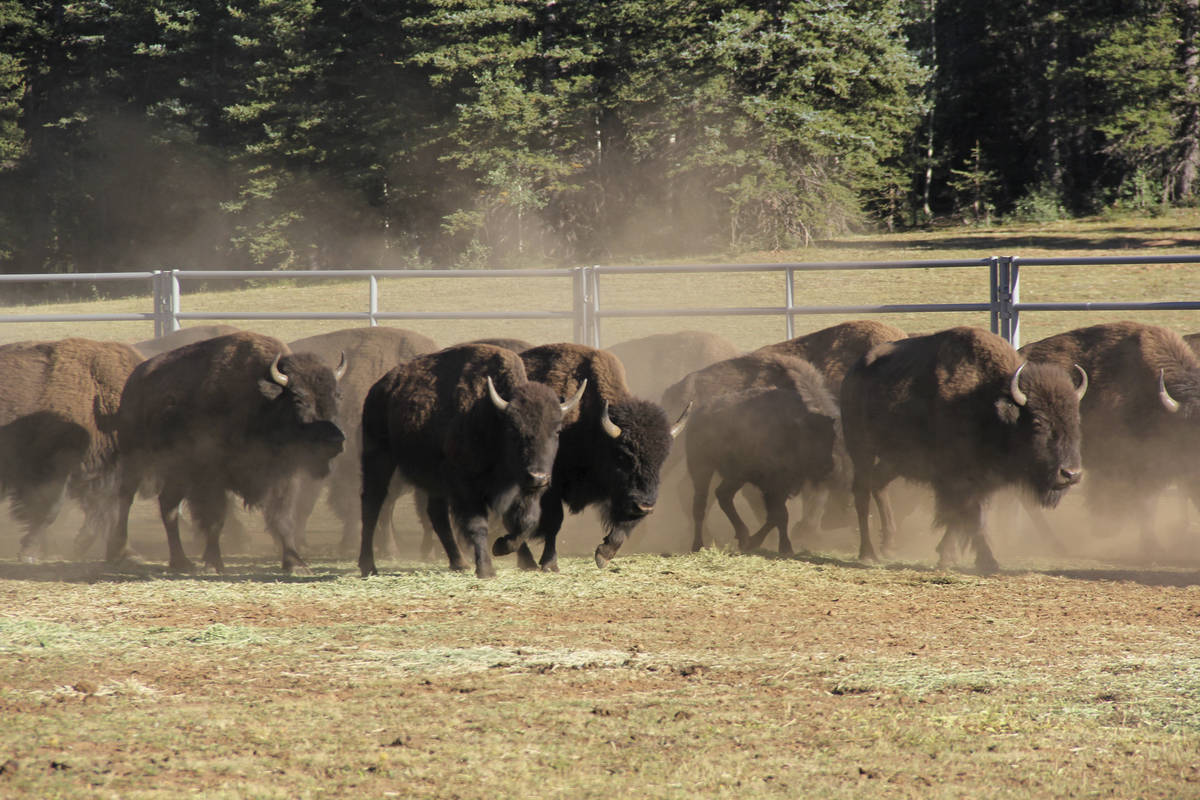 The National Park Service is looking for a handful of what it calls “skilled volunteers,” but not for the typical duties one might equate with that agency. These volunteers will help with the lethal removal of bison from the North Rim of Grand Canyon National Park in the fall.

This removal effort is part of a long-term project to reduce the number of bison on the North Rim to less than 200 by 2025 to lessen the herd’s impact on park resources.

“Given the current distribution, abundance, density and the expected growth of the bison herd on the North Rim, the NPS is concerned about increased impacts on park resources such as water, vegetation, soils, archaeological sites and values such as visitor experience and wilderness character,” a Park Service news release stated.

The project will include a combination of live capture and transfer to tribes through the InterTribal Buffalo Council and lethal culling by skilled volunteers. As of January, 88 bison have been captured and transferred to five tribes in four states. Such transfers will continue annually until reduction goals are met, according to the NPS plan for managing the herd.

During the same time, an additional 118 bison have been removed from the park and the Kaibab National Forest through hunts managed by the Arizona Game and Fish Department.

As one might imagine, interest in assisting with the lethal culling aspect of this project might be significant, but not just anybody can qualify to participate. Among the qualifications listed, volunteers must be 18 years of age or older and a U.S. citizen, purchase and pass a background investigation, have no criminal or wildlife violations, self-certify at a high level of physical fitness ability, have a firearm safety certification and pass a marksmanship proficiency test.

The proficiency test includes a demonstration of familiarity with the firearm of choice and the ability to put three of five shots in a 4-inch circle at 100 yards. This test will take place on the first day of a volunteer’s assigned removal operational period. Those dates for 2021 will be Sept. 20-24, Sept. 27-Oct. 1, Oct. 18-22 and Oct. 25-29.

A volunteer must use a rifle chambered for .30 caliber or larger and a non-lead bullet of 165 grains or heavier and can expect to take shots between 100 and 300 yards. Longer in some cases. All volunteers selected to participate are required to notify the NPS of the rifle and bullet they intend to use.

To participate, one must apply online at www.azbisonstewards.com. The application process will be open for 48 hours, beginning at midnight May 3 and ending at 11:59 p.m. May 4.

The Park Service points out that there is a difference between lethal removal and the traditional activity we know as hunting: “Lethal removal is conducted under controlled circumstances under the direction and supervision of the National Park Service; hunting is performed at the hunter’s discretion and with elements of ‘fair chase’ present. … Lethal removal does not allow the person who killed the animal to keep the entire animal; hunting does.”

4
VICTOR DAVIS HANSON: If you really wanted to destroy the U.S., then …