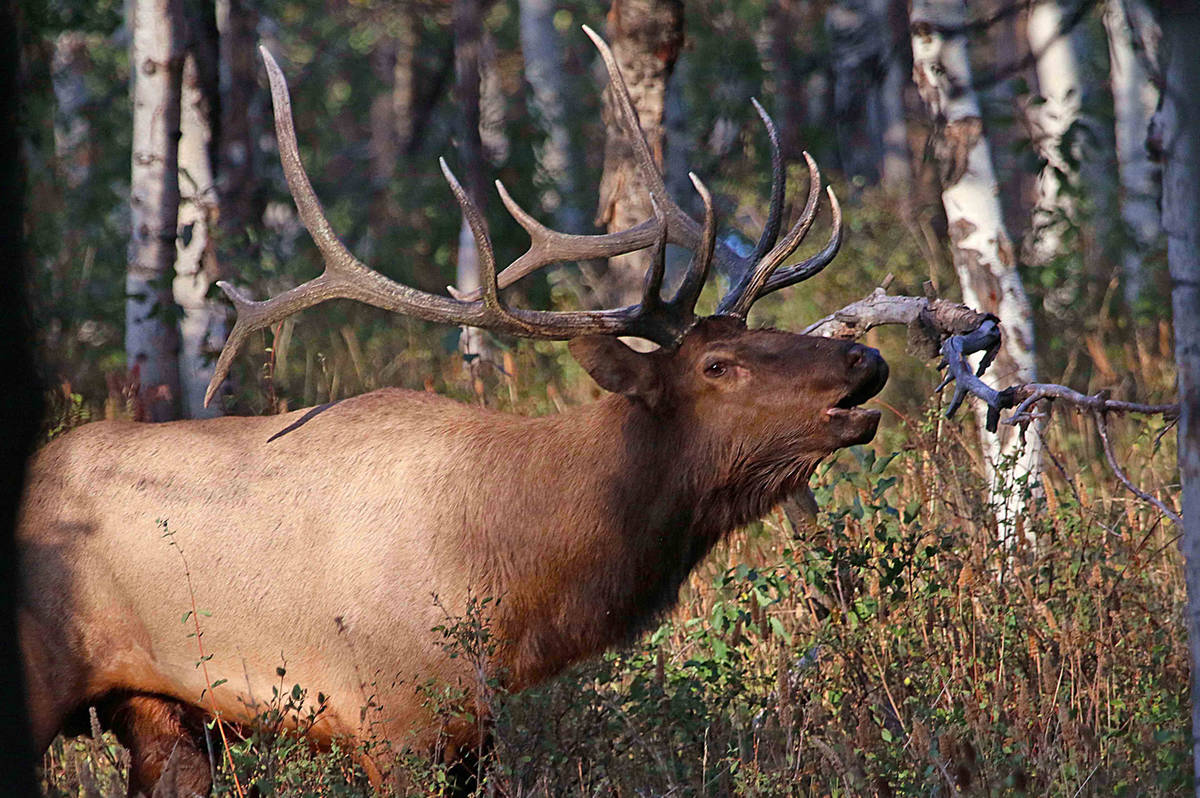 Hunters who were unlucky in Nevada’s big-game tag draw may want to try their luck in the Beehive State. Beginning July 8, Utah will offer tags for elk and deer on a first-come, first-serve basis through online and in-person sales. (Utah DWR)

If there is such a thing as a “Dear John” letter in hunting, it must be that email notifying big-game tag applicants they have been unsuccessful in drawing a tag, or tags as the case may be.

Though submitting tag applications generally involves little romance, receiving that dreaded Dear John from a wildlife agency can sometimes be just as demoralizing.

Some people have been known to sink into a deep funk after receiving such a letter, while others use the notification as motivation to look for hunting opportunities elsewhere. For some, it may even involve trying something new.

Whether you are the recipient of a tag Dear John or have otherwise been unable to fill the hunting dates on your calendar, you may want to consider one of Utah’s remaining deer or elk permits, or an antlerless permit. They will be available for sale on a first-come, first-serve basis beginning at 8 a.m., July 8, and at the same time on subsequent start days.

First up are general season archery-elk permits for both youth and adult hunters. These bull and spike elk permits are unlimited for a hunt opportunity that includes much of the state.

Utah defines a bull elk as “an elk with antlers longer than five inches,” and a spike bull as one “which has at least one antler beam with no branching above the ears. Branched means a projection on an antler longer than one inch, measured from its base to its tip.”

Tag holders can hunt in units designated for spike bull and any bull but may only take a bull matching the unit’s designation and only with archery tackle.

Second on the list are general season any-bull elk permits, which go on sale July 13. These tags are unlimited for youth hunters but only 17,500 tags are available for adults. Youth hunters must be 17 years old or younger on July 31 to qualify as a youth hunter. Those who do qualify “may purchase an any-bull permit until the last day of the specified season,” according to Utah’s hunting regulations. Permit holders may use any legal weapon or a muzzleloader.

Next in line are 560 general-season buck deer permits remaining after the tag draw. They will be available for sale July 15. These permits are in the Chalk Creek/East Canyon and Kamas areas of northern Utah.

Also available July 15 are youth general-season archery deer permits in units scattered across the Beehive State. These permits are set aside specifically for this hunt and are not left over from a permit draw. To purchase these permits, hunters must be 17 years old or younger on July 31, 2021.

Hunters interested in pursuing an antlerless big-game animal can buy a permit over the counter beginning July 20. And last on the list are general season spike-bull elk permits. Both adult and youth hunters may purchase one of the 15,000 permits available for this hunt opportunity. Permits go on sale July 22.

If one of these permits will help you overcome the impacts of a tag draw Dear John, you can purchase them online, at a Utah Division of Wildlife Resources office or from one of the agency’s license agents. A list of agents is available on the DWR website (https://wildlife.utah.gov/ ) and several can be found in the St. George area.

Anyone who has conducted business online, especially for hunting licenses and tags, has probably experienced significant slowdowns as deadlines approach, but the DWR has implemented a virtual waiting room to help manage customer traffic during periods of high-volume business.