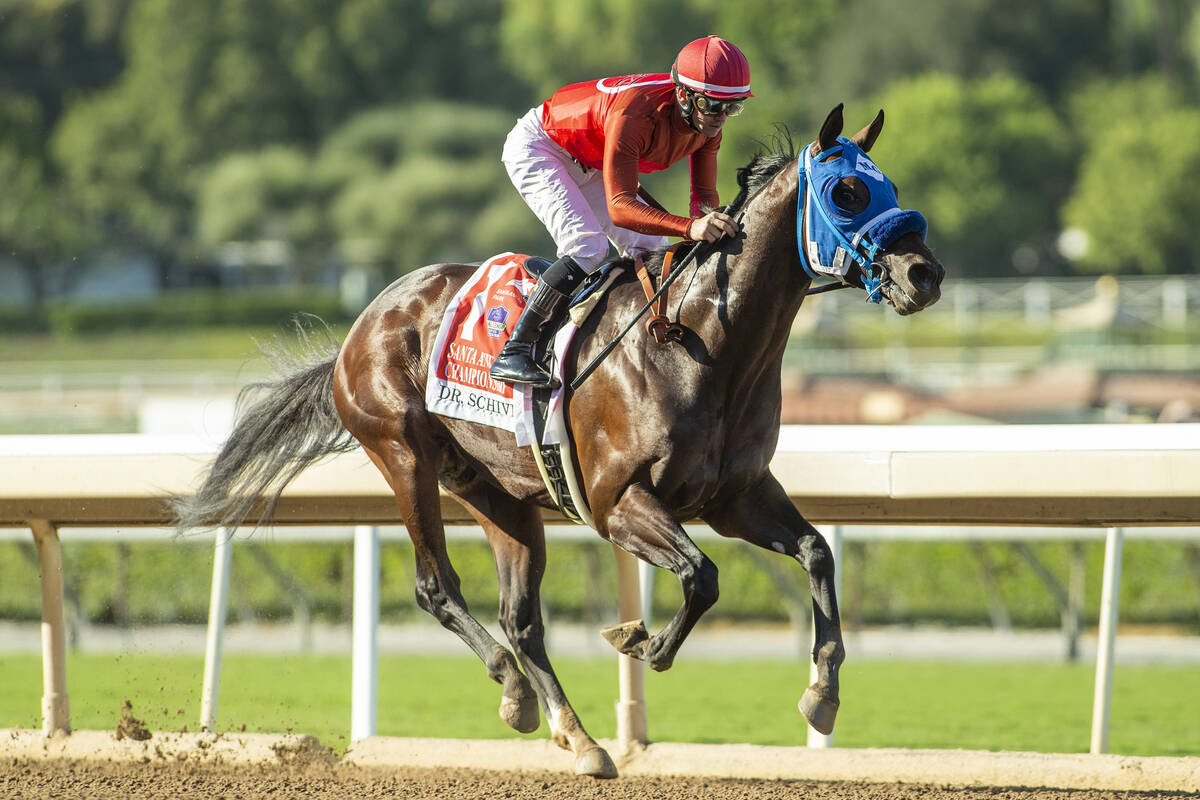 With the Breeders’ Cup just a week away, it’s time to play a game I like to call “Where’s Flavien?”

The object is to find jockey Flavien Prat, then look to see which horse he is riding in each of the 14 Breeders’ Cup races on Nov. 5-6 at Del Mar.

It’s child’s play, but it just might be the right time to back the French import who — like his homeland’s famed cheeses — is only getting better with age.

For starters, the 29-year-old Prat is hitting all the right buttons and flipping all the right switches. He’s fourth in the nation with more than $20 million in earnings by his mounts this year, which would be his best finish since he moved full-time from France to the U.S. in 2015.

Prat has become so dominant in Southern California that he easily wins riding titles while also traveling around the country and to Canada for big race days.

An example of the doors that have opened as a result arrived this week, when The Daily Racing Form reported that Prat will ride Domestic Spending in the $4 million Breeders’ Cup Turf for East Coast trainer Chad Brown over United, whom he had piloted in 16 consecutive races for West Coast-based Hall of Fame trainer Richard Mandella.

Prat has some obviously live mounts in the 14 Breeders’ Cup races, including Hot Rod Charlie for trainer Doug O’Neil in the $6 million Classic, Dr. Schivel in the Sprint and Time to Party in the Juvenile Turf Sprint.

But he has choices in other races. For instance, will he choose the Brown-trained Blowout over West Coast sensation Mo Forza in the Mile? In the Distaff, will he ride Dunbar Road or Private Mission?

In other races he and agent Brad Pegram have not yet shown their hand. I wouldn’t be surprised if he was to pick up a couple rides on European or Japanese runners, any of whom will instantly become interesting to me.

All I can say is that I will be taking note of where Prat lands on the assumption that a guy at the top of his game is in a good position to prosper when the big dance is in his backyard. It’s not a blind bet situation, but certainly an upgrade for any horse that procures his services.

Pre-entries for the Breeders’ Cup races were released Wednesday, showing 196 horses are planning to dispute the World Thoroughbred Championships. You can see the full list at breederscup.com.

The fields won’t be finalized until the post position draw on Monday, so for now some horses are cross-entered in multiple races, while others whose connections are hoping to run are stuck on also-eligible lists.

There have been two defections of note so far: Aidan O’Brien’s Order of Australia will not defend his title in the Mile after suffering “a minor setback” during training. And trainer Paolo Lobo said Thursday that Imperador will miss the Turf after returning from a gallop “a little off.” Their departures clear the way for Ivar and Tribhuvan to draw into the respective races.

Most notable takeaway from the pre-entries was the growing international participation with a record 56 from overseas: Great Britain (26), Ireland (17), Japan (8), France (2), Argentina (1), Peru (1) and South Africa (1).

Look for much more Breeders’ Cup coverage next week, including handicaps and wraps for both days of racing from Del Mar. For now, though, I’ve got numbers to crunch and horses to see.

I knew “Neumy,” as the former was universally known, casually after crossing paths with him on numerous occasions while he was covering Triple Crown races and the Breeders’ Cup for NBCSports.com. I can confirm the multitude of reports that he was a great guy in addition to being a polished broadcaster and astute handicapper.

I met Sam, who worked as a publicist at Golden Gate Fields and Bay Meadows and produced and hosted TV and radio shows for decades, the first time I ever set foot on a racetrack, when a sports editor for the College of Marin Times decided I was just the guy to write a horse racing feature.

He encouraged me that day and over the years as I continued to dabble in what grew into a passion. I’m proud to say he remained a friend through our last phone conversation about a month before his death. He was eccentric, wickedly funny and an enthusiastic fan of all sports, especially those with a Bay Area connection.

Both will be sorely missed by me and, I’m sure, many others who enjoyed their work over the years.