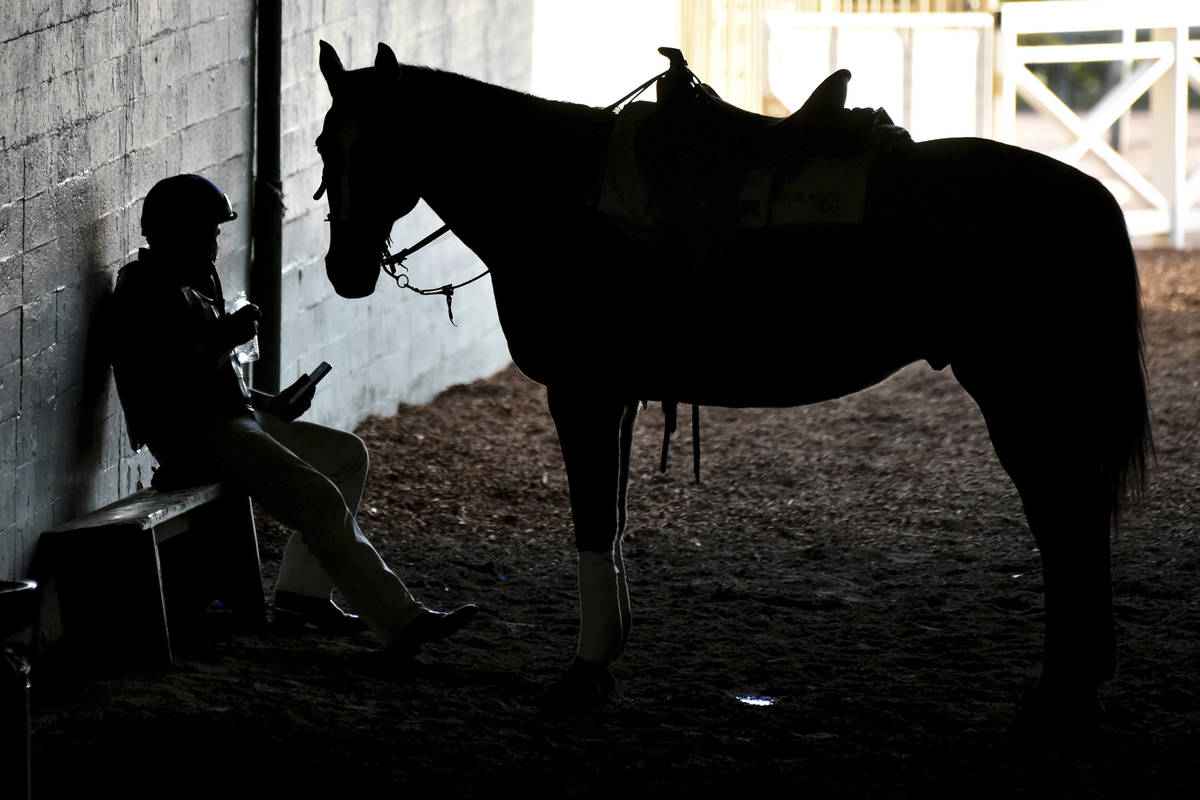 An outrider takes a break underneath the grandstands during the opening day of horse racing at Santa Anita Park in Arcadia, Calif., on Saturday, Dec. 26, 2020. (Keith Birmingham/The Orange County Register via AP)

Against all odds, the watershed Horseracing Integrity and Safety Act is now law.

As referenced in last week’s column, the act will create a federal body to design and implement uniform national horse racing medication and racetrack safety standards, something the patchwork sport has sorely lacked since it arrived in the U.S. in the late 1600s.

One of the act’s key provisions will be a ban on race-day medication — including the near-ubiquitous anti-bleeding medication Lasix — in all 38 states that conduct parimutuel wagering.

The nonprofit U.S. Anti-Doping Agency, best known for its drug testing of Olympic and UFC athletes, will help design the new rules and then enforce them when the act takes effect in July 2022.

Among other things, the organization intends to broaden “out of competition testing” to crack down on cheaters who give horses illegal performance-enhancing drugs to gain an edge or fail to heed proper withdrawal times for therapeutic medications.

It was a tremendous achievement to get the sport’s splintered interest groups – not to mention many animal rights advocates – to unite behind the law, an effort that took years.

But now comes an equally difficult part: Filling in the devilish details of what is nearly a blank slate.

“There are a whole lot of question marks for every group in the sport,” said Pat Cummings, executive director of the Thoroughbred Idea Foundation, a nonprofit think tank devoted to improving racing.

The first order of business to begin answering those questions will be the appointment by a blue ribbon panel of the nine members of the Horse Racing Integrity and Safety Authority board of directors, said Shawn Smeallie, executive director of the Coalition for Horse Racing Integrity, which championed the law.

The board of the self-regulating organization, which will operate under the Federal Trade Commission, will be made up of five independent members from outside the racing industry and four representatives of various constituencies in the sport, subject to conflict-of-interest restrictions.

After that, Smeallie said, the focus will shift to getting a contract signed with the USADA and working with state racing commissions to ensure a smooth transfer of authority over safety and drug standards and work out how the new system will be funded.

That has emerged as one of the first potential sticking points, Cummings said.

“Our greatest concern as an organization is that horseplayers will be looked at as an additional source of revenue,” said Cummings, referring to the possibility that states might raise takeout rates to pay their share. “… That would be a gross miscalculation” that could kill the sport.

Travis Tygart, CEO of the USADA, which will be making its first foray into testing nonhuman athletes, said the cost of developing and enforcing the new regimens is not yet clear. But he added that his organization insisted since it was first approached by backers of the reform effort in 2012 that “we have to remain independent and the funding has to be there to run an effective program.”

But Smeallie said the federal monitoring of drug use and safety will save racing states the money they currently spend on the activities, which could go toward paying for the national operation. He also said that owners will realize savings via the ban on race-day medication, suggesting they may be asked to pay a share as well.

“On Lasix alone … one of those injections is $75 and you have to take electrolytes after,” he said. “I think you’re going to see a lot less cost to get the horse to the gate but more cost to ensure that the right doping system is in place so that horse can run a fair race.”

And that, Tygart said, is where horseplayers will realize the greatest benefit.

“Bettors will have information that is fair and transparent,” he said. “People can actually put their money on the animals themselves … and not lose because someone is doing something against the rules.”