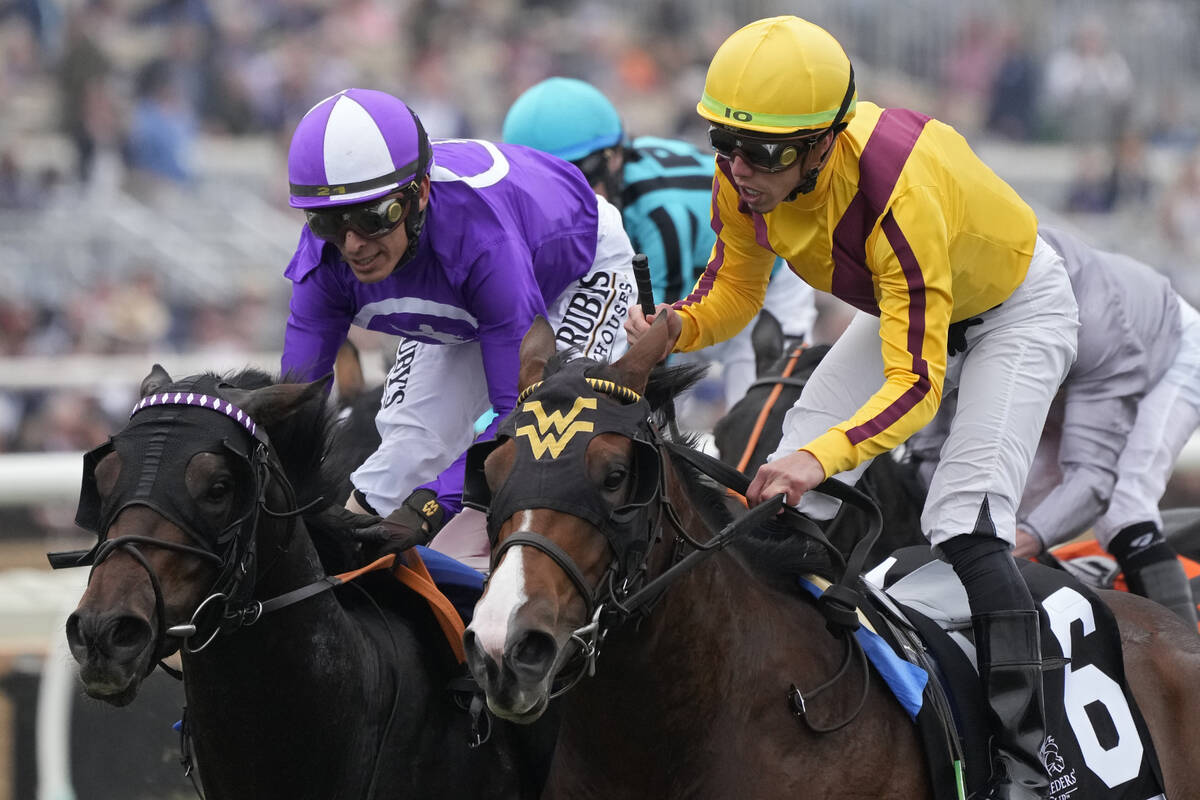 There’s an old and completely erroneous saying in horse racing that time only matters if you’re in prison.

Just try telling that to Equibase President and Chief Operating Officer Sal Sinatra, who has been getting an earful from horseplayers infuriated by recent timing problems at Del Mar that forced the adjustment of internal fractions of three Breeders’ Cup races — the Juvenile Turf Sprint, the Turf Sprint and the Juvenile Fillies Turf. And the critics say the Del Mar issues are just the tip of the iceberg.

XBTV handicapper Jeff Siegel referred to the Del Mar race timing system this week as “thoroughly erratic and untrustworthy” in a note to his followers.

NBC Sports broadcaster Randy Moss, who’s part of the team that makes Beyer Speed Figures, posted on Twitter over the weekend that Del Mar’s new Gmax system “laid an egg on the sport’s championship day.” Moss cast the failure as predictable, given that Gmax has been plagued by problems since its U.S. launch in 2018.

“The Gmax technology does not work,” he said Wednesday on the Steve Byk’s “At the Races.” “… For whatever reasons … some of the powers that be in horse racing are loathe to admit they made a mistake.”

It was bound to happen. Del Mar's new GMax timing system laid an egg on the sport's championship day. Equibase has issued revised final times for three Breeders' Cup races – oh, and the GPS-timed fractions for the Distaff and Classic are wrong, too.

That’s where Sinatra, an industry veteran, comes into the picture. Having taken over in June as president and COO of Equibase, the racing industry-owned statistics database for North America, he’s immediately been thrown into a mess that’s not of his making.

The company’s website states that the system “tracks all horses in a race and provides real-time data including speed, position, stride length, running order and timing.”

After initially trying to operate a timing system entirely via GPS, the Gmax system now uses a hybrid approach in which the starting and final times are captured using traditional “beam” technology, where a timer starts or stops when a horse passes in front of it. The internal fractions are computed using GPS readings adjusted by an algorithm, Sinatra said.

But Moss and other critics say the fractional times produced by the algorithms can be off by as much as a second from the actual time, which translates to roughly five lengths in a race. That’s a ridiculous variance that no handicapper would knowingly accept.

But Sinatra said the internal times are generally accurate and that the problems in two of the Breeders’ Cup races — the turf sprints — occurred because track workers placed a pole used to hold trackside sensors and cameras in the wrong spot, 14½ feet from the proper placing. In the other instance, the older technology failed when something — likely a horse and outrider — tripped the timer by breaking the beam.

So for now he’s focusing on process to try to eliminate such mistakes.

“Right now there are just no checks and balances. I’m trying to clean this up,” he said, adding that he understands the anger he’s hearing from data integrity defenders. “They have confidence I’m going to do it, but they’re out of patience, and rightfully so.”

He notes that the ultimate mission of the software is to produce next-generation horse racing data that can be absorbed by someone who has never looked at a Daily Racing Form.

“The whole purpose is for us to get new data to attract new blood to our sport … with the kind of analytics that other sports already have,” he said.

Of the technology’s critics, he said, “They’ll see the value of the data when we get it.”

The fledgling Horseracing Integrity and Safety Authority, the new sheriff in town as far as thoroughbred racing safety and security measures are concerned, has unveiled draft regulations for public comment just over eight months before its scheduled launch.

The rules handed down by the authority, created by the watershed Horseracing Integrity and Safety Act approved last year, are intended to set uniform national horse racing medication and racetrack safety standards.

If approved by the Federal Trade Commission, they would eliminate the use of race-day medication such as Lasix, create a robust “out-of-competition” testing program, meaning horses could be tested during training or lay-ups, and strict penalties for those who violate them.

They were designed in consultation with the U.S. Anti-Doping Agency, which is expected to take on the enforcement role.

You can read the draft rules at hisaus.org.