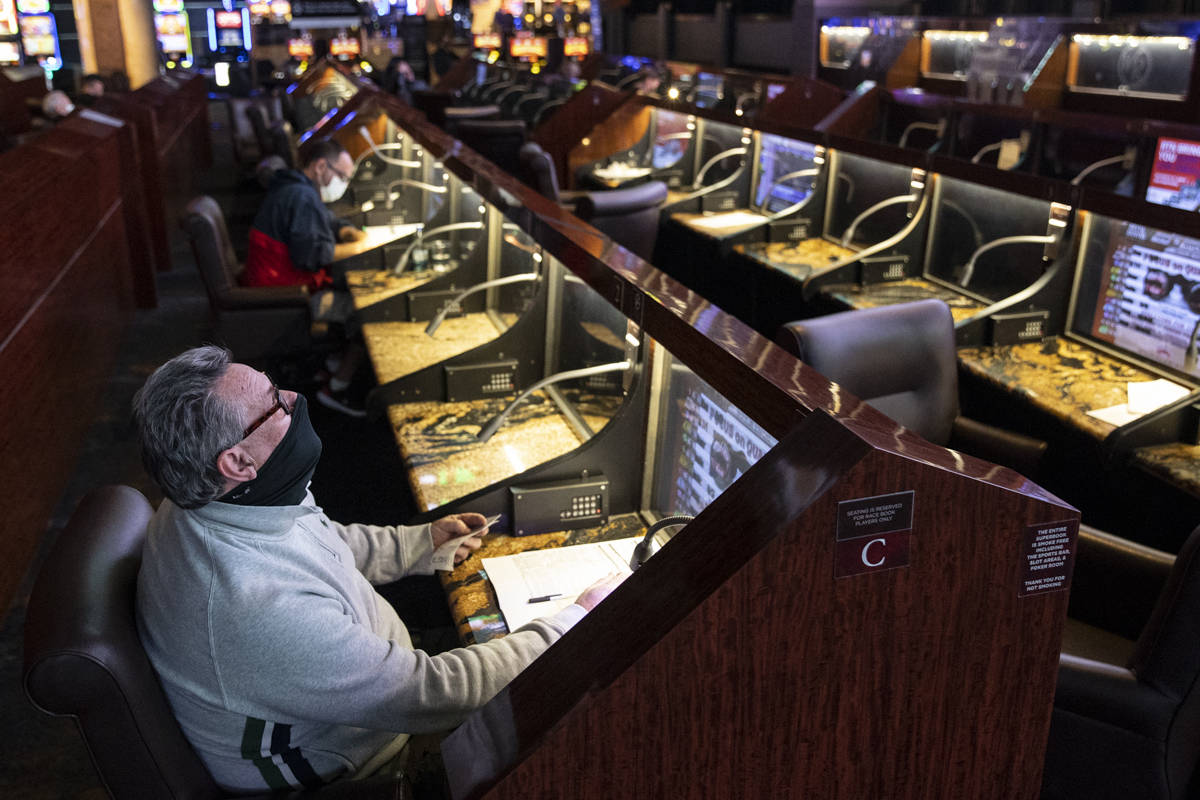 If you thought the simulcast dispute between Nevada’s racebooks and Churchill Downs Inc. couldn’t get any worse, you were wrong: It seems the gang from Louisville is coming after our free drinks and subsidized Daily Racing Forms!

That, at least, is the contention of the Nevada Pari-Mutuel Association, which represents the state’s horse racing bet-takers in negotiations with Churchill Downs.

The association broke a long silence Wednesday with a statement that for the first time spelled out its version of the dispute, which has been dragging on since Oct. 27, 2019, and has prevented Nevada residents and visitors from betting on any tracks owned or represented by the company.

“The Nevada Pari-Mutuel Association (NPMA) is working extremely hard to reach agreements with all racetracks to ensure that all our customers have access to simulcast and the pari-mutuel pools,” the association’s executive director, Patty Jones, said in the statement. “We regularly reach agreements with a large majority of tracks with terms that allow our racebook members to offer their customers the amenities they expect, including discounted past performances, comfortable places to sit and watch multiple races, complimentary drinks and club memberships with benefits.

“However, certain tracks, including those controlled by Churchill Downs (which also negotiates on behalf of Oaklawn Park), have demanded rates to get simulcasts and pari-mutuel wagering that impact the ability of our racebook members to provide these amenities and remain profitable. The member books are unwilling to change the Nevada business model because it impacts their customers and impacts the books’ ability to be profitable and remain open through their most challenging year.”

I think the message here is a rebuttal of my contention two weeks ago that the association “does not consider those who inhabit those gaming spaces to be its clients.” Instead, it appears, it is defending our God-given right to free alcoholic beverages and handicapping products.

I called Churchill Downs for a response to this latest volley and received no response.

In any case, it appears that the recent squawking by Nevada horseplayers is getting some attention. As I wrote two weeks ago, if you have any thoughts on the issue that you would like to share, you can submit a public comment to the Nevada Gaming Control Board and Nevada Gaming Commission via email at publiccomment@gcb.nv.gov. Submissions should include the commenter’s name and be three minutes or shorter when read aloud.

If you haven’t yet been impacted by the signal dispute, head to your local racebook and try to get a bet down on Saturday’s $1 million Rebel Stakes at Oaklawn.

You won’t be able to, which is a shame, because the Grade 2 race drew a strong eight-horse field led by Caddo River, 9-5 on the morning line for last year’s Eclipse Award-winning trainer Brad Cox, the highly regarded Bob Baffert trainee Concert Tour (2-1) and Kentucky Jockey Club Stakes winner Keepmeinmind (4-1), who will be making his 3-year-old debut for trainer Robertino Diodoro.