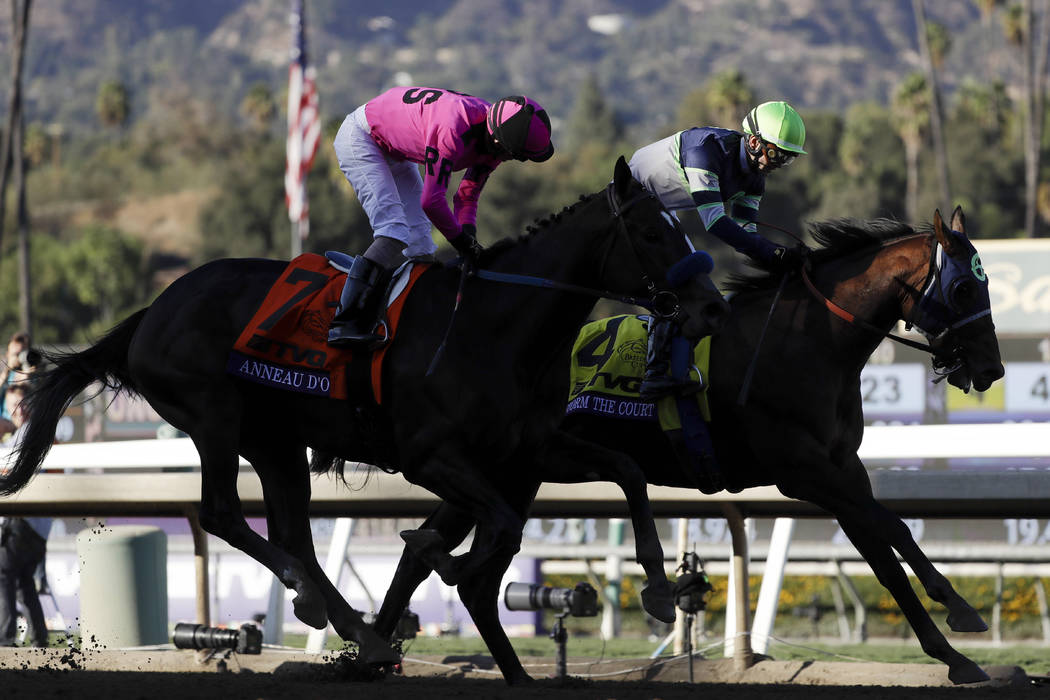 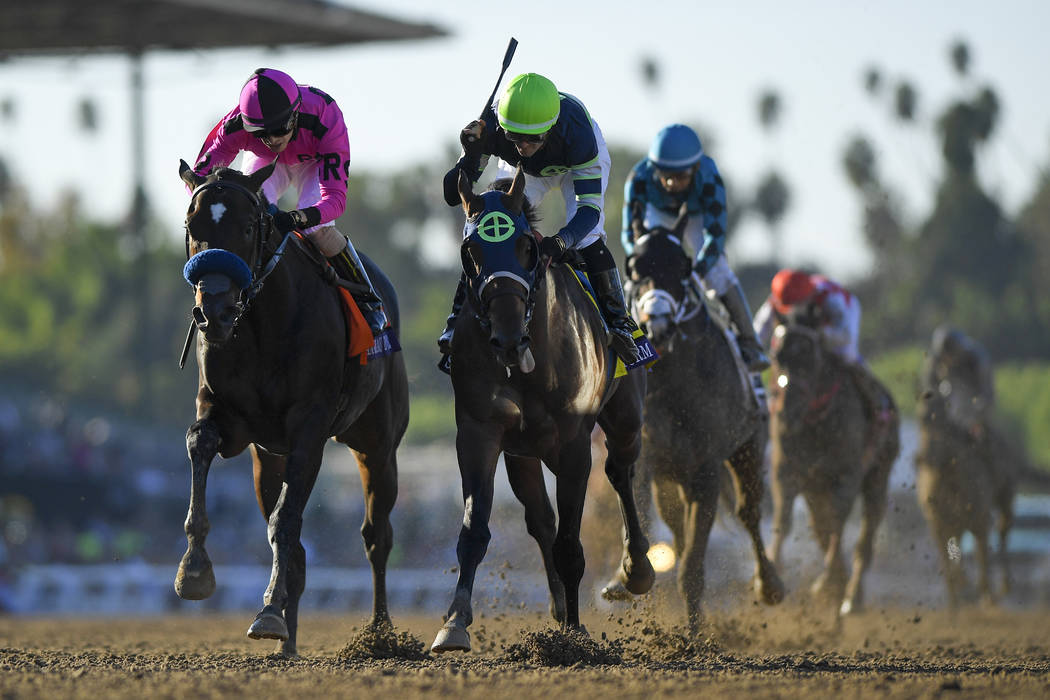 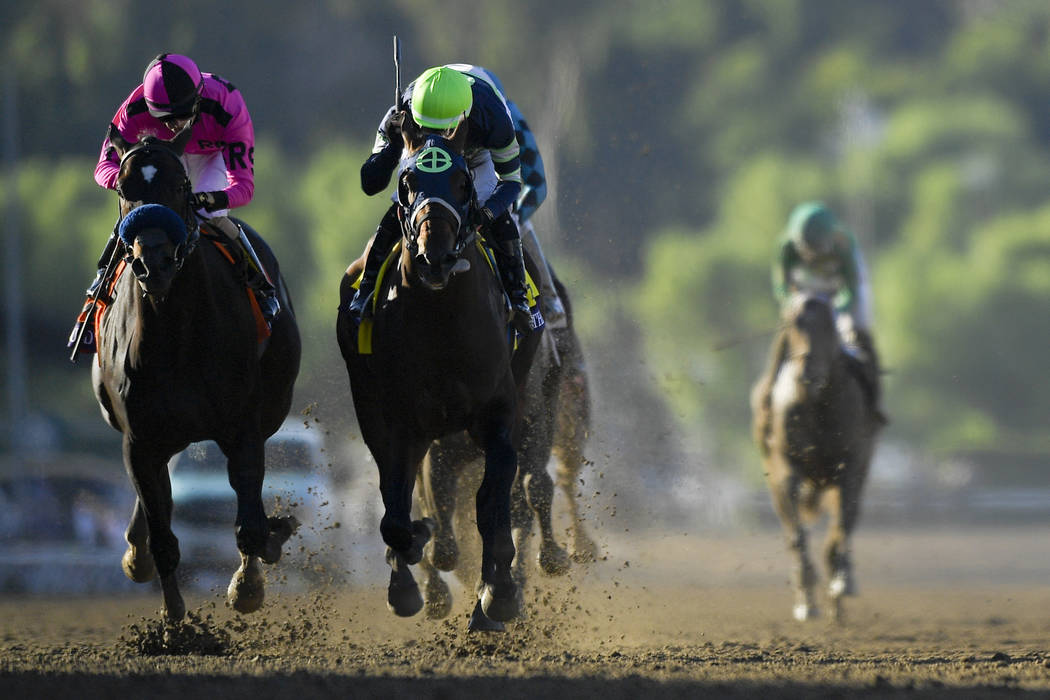 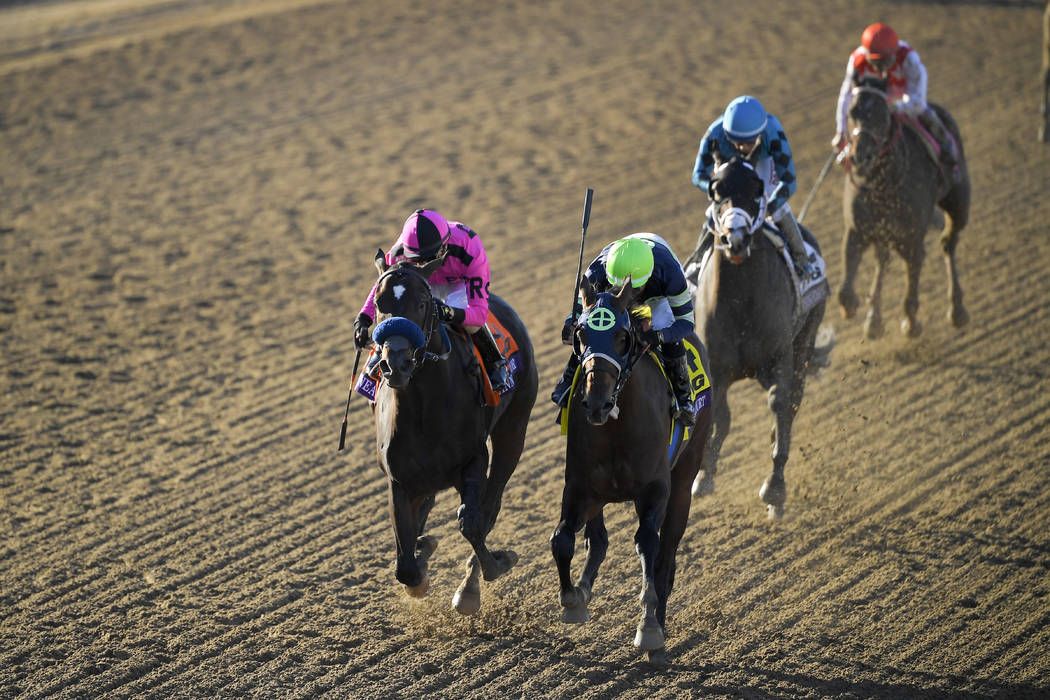 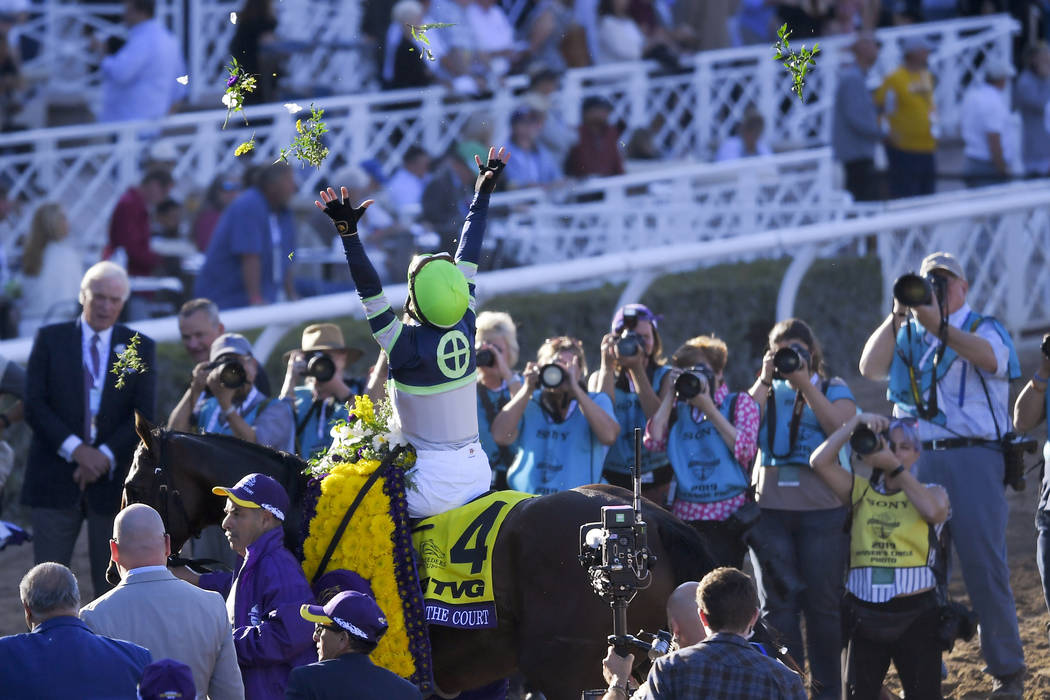 ARCADIA, Calif. — In the blink of an eye, the early picture for the Kentucky Derby became as blurred as a jelly-smeared TV screen.

The $2 million Breeders’ Cup Juvenile, the capstone of the first day of the two-day series at Santa Anita Park, saw 4-5 favorite Dennis’ Moment stumble at the break and the other fancied 2-year-olds run as though they were busy admiring the postcard November view of the adjacent San Gabriel Mountains.

That cleared the way for three long shots to slug it out, with Storm the Court emerging victorious at 45-1 over Anneau d’Or (28-1) and Wrecking Crew (39-1). The $1 trifecta paid $3,930.50 to anyone clever enough to connect the dots. Peter Eurton trains the son of Court Vision, who was ridden by Flavien Prat.

While the 40,000-plus fans at the track and countless more watching from home were left staring into a void as far as the first Saturday in May is concerned, few were complaining. Nature served up a postcard November day, and all horses and riders returned safely despite a couple of scary bumping incidents earlier in the card, for now quieting the controversy over Santa Anita’s recent surge in horse deaths.

Four Wheel Drive, trained by Wesley Ward and ridden by Irad Ortiz Jr., ran his record to 3-0 with a front-running victory in the Juvenile Turf Sprint, prevailing by three-quarters of a length over Chimney Rock.

Brother Jose Ortiz got into the win column in the one-mile Juvenile Turf by saving ground early before unleashing the Chad Brown-trained Structor, the third choice at 5-1, in the stretch to win by three-quarters of a length. Hit the Road was placed last for interfering with numerous opponents entering the stretch.

British Idiom outgamed favored Donna Veloce in the stretch to win the 1 1/16th-mile Juvenile Fillies for trainer Brad Cox and jockey Javier Castellano. Simon Callaghan, trainer of 2-1 favorite Donna Veloce, did a masterful job getting the speedball to rate behind other horses and finish strongly, but she came up a neck short of the winner.

While the early winners were well supported at the windows, the one-mile Juvenile Fillies Turf produced a seismic shift, with overlooked Sharing prevailing by 1¼ lengths over the European filly Daahyeh at 13-1. The victory gave trainer Graham Motion his fourth Breeders’ Cup win and jockey Manuel Franco his first.

European runners had a tough go, with Daahyeh providing the best finish with her second place. It will be interesting to see how bettors react in the Mile and Turf races Saturday, both of which have multiple horses from across the pond.

The main track at Santa Anita is different since its major refurbishment this summer — the final times prove that. But the track still favors speed, and closers have a tough time making up ground even when the front-runners appear to be staggering toward the finish.

The turf course seems to be playing fair, with closers and speed types winning their share of races. But getting a ground-saving position early in the race seems to be a key ingredient for success, particularly in sprints.