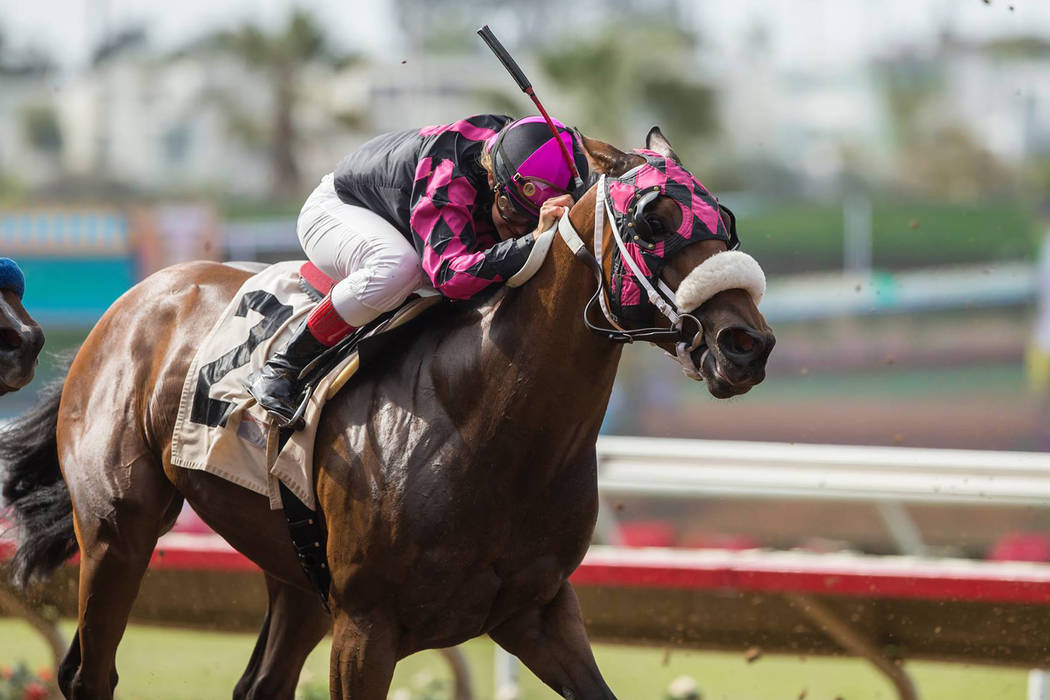 Ferrin Peterson rides hard in the stretch during a race at Del Mar this summer. 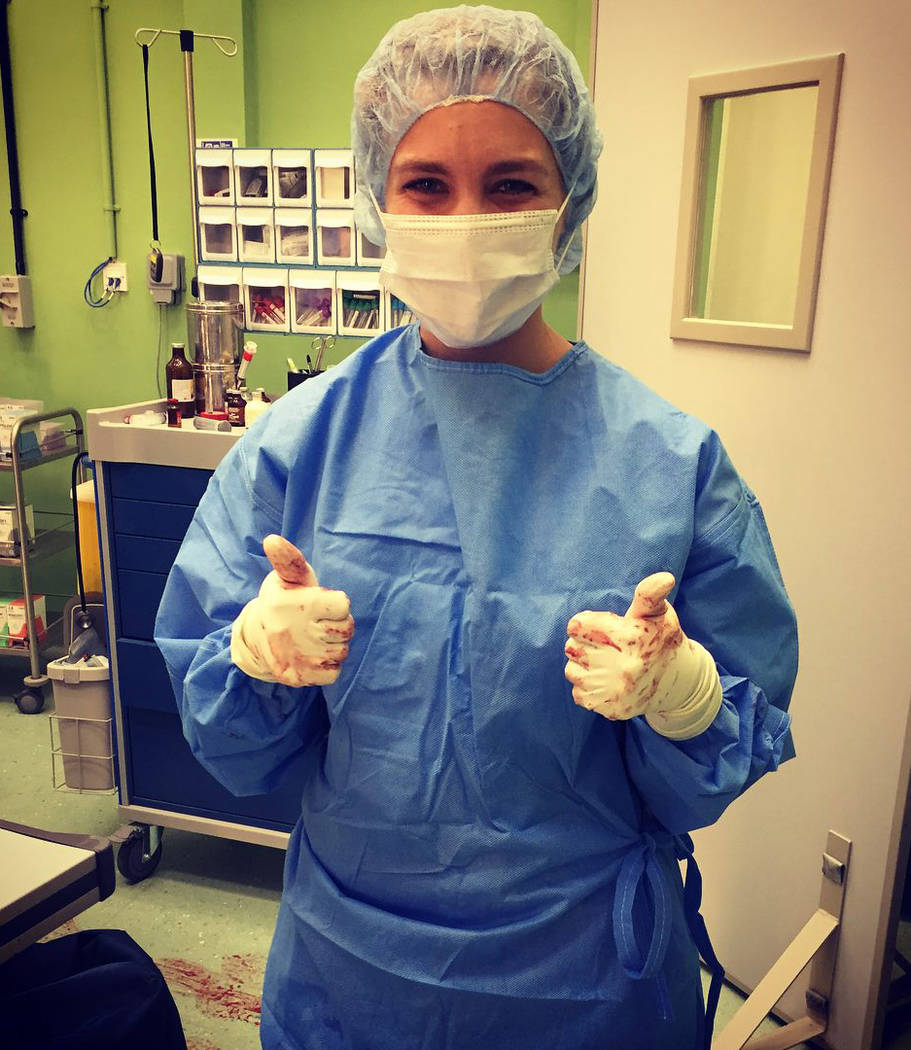 Ferrin Peterson is positive about the patient's prognisis after an equine surgery in Dubai.

In the outcry over racehorse deaths in California, which has ignited calls for suspension of racing at Santa Anita Park and even the prohibition of the sport in the state, a certain kind of voice is being drowned out.

So in my small way I’d like to tip the scales a bit by sharing a letter that a young woman with a unique perspective on equine safety sent this week to California’s senior U.S. senator, Dianne Feinstein.

Ferrin Peterson, 27, is a veterinarian and a professional jockey. She’s just getting started in both professions, following her graduation in May from UC Davis with a Doctor of Veterinary Medicine degree and a riding career that has produced 15 victories from 240 mounts since Feb. 1, 2018, at Golden Gate Fields.

Peterson also has spent much of her adult life traveling the world to see firsthand how training and veterinary practices vary in various jurisdictions, including Dubai, England, Hong Kong, Ireland and Japan. And she’s worked in New York and Kentucky before returning to her native California.

In her open letter to Feinstein she penned this week, Peterson urged the senator, who has repeatedly called for a suspension of racing at Santa Anita, to consider the steps that have been taken to improve safety.

“The level of care given to thoroughbred horses in America is outstanding,” she wrote. “Their grooms are with them around the clock, seven days a week. Every day, there is an array of veterinarians, physical therapists, acupuncturists, chiropractors and others attending to the horses’ needs. Further, based on my international experience, I can say with confidence that the care racehorses receive in California ranks with the finest in the world.

“Changes are always needed. And even though changes made in a large industry like horse racing require time and patience to take their full effect, I have seen immediate positive impact because of recent alternations in whipping and medication rules that benefit both horse and rider.

“As a jockey, I put my life on the line every time I ride. I care about the safety of my horses just as much as I do for myself and the other jockeys. If I was not fully convinced that our industry was constantly striving for improved welfare of our animals, I would not be a jockey. I only ask that you recognize the progress being made toward the highest possible level of racehorse care. … We are doing all we can to actively remediate the current challenges facing our industry.”

I called Sen. Feinstein’s office to inquire whether she had read the letter and whether she had held further discussions on the future of horse racing in California with Gov. Gavin Newsom, as she said she would do in a statement issued after Mongolian Groom’s breakdown in the Breeders’ Cup Classic on Nov. 2. The deaths of two horses on Sunday at Del Mar no doubt added a note of urgency to those discussions.

A spokesman for the senator did not say whether Feinstein had received Peterson’s letter but noted that the senator had signed on as a co-sponsor to the Horseracing Integrity Act introduced by Sens. Kirsten Gillibrand (D-N.Y.) and Martha McSally (R-Ariz.) in June. Stay tuned for more next week on what’s going on at the federal level.

It’s a fairly quiet weekend as far as stakes racing goes, so the #RJhorseracing handicappers are tackling a meat-and-potatoes allowance race at Aqueduct along with the $100,000 Delta Mile at Delta Downs.

In the former, a 6½-furlong dash for New York-bred fillies and mares, the crew is forecasting a Girl fight, but expect 5-2 favorite Collegeville Girl to get the better of Mary’s Girl (3-1). They see Nasty Affair (9-2) picking up the show dough.

I like Nasty Affair on top, as the lightly Linda Rice trainee has been freshened for this and draws Irad Ortiz Jr. to ride. I’ll use Fight on Lucy (12-1) and Mary’s Girl to fill out my top three.

In the Delta Mile for 3-year-olds and up at the main track at Delta Downs, the crowd ’cappers are edging out on a limb and backing Trevilion, the 9-2 third choice on the morning line, over Late Nite Mischief (7-2) and Stephen’s Answer (10-1).

I hate to part with my peeps, but I think they’re selling short 3-1 morning line favorite Forevamo, who is taking a substantial class drop and should be able to work out a perfect stalking trip if he’s set for his best off a 3½-month layoff. I’ll use Trevilion to place and Extirpator (5-1) to show.

Letter to Feinstein by Las Vegas Review-Journal on Scribd