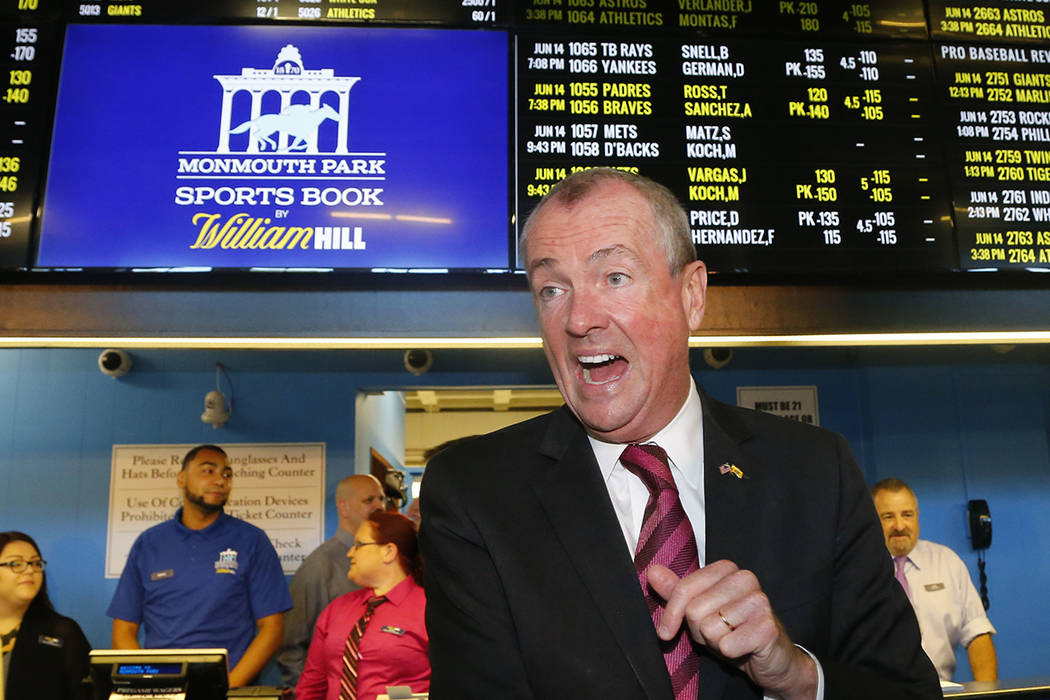 What’s old is about to become new again, with a move to reintroduce fixed-odds betting on horses races to the U.S.

This back-to-the-future endeavor was announced last month by Monmouth Park and BetMakers, an Australian company with experience in fixed-odds wagering Down Under. There’s also a local angle, as one of the biggest shareholders in the company is a Las Vegas local with considerable experience on gambling’s digital frontier.

The idea isn’t to replace parimutuel wagering, but offer bettors another option.

“It’s a model that’s worked in Australia,” Buckingham said. “We’ve seen huge growth. … All metrics have been boosted by the introduction of fixed odds. We’ve also got the experience of what worked and what didn’t work, so we can go into the U.S. market and not make the mistakes that were made here.”

“Parimutuel is a model that has taken hold here, but it’s not the best product for the customer. People don’t know what they’re buying,” he told me, referring to late odds swings that can quickly deflate expected return on a wager.

You can expect many racing industry interests to resist the reintroduction of fixed odds betting out of fears that it will reduce the return they receive from parimutuel pools. But the experience in Australia shows that need not happen. Ten years ago, when fixed-odds betting was introduced there, annual betting handle was about $10 billion. Today it’s approximately $25 billion and most all of that growth has come on the fixed odds side of the equation.

Davey also said that new digital-minded wagering operators coming into the U.S. will help boost the sport, as they will be looking for more product to offer newly acquired customers and seeking to introduce new information products that will be easier to absorb than the Daily Racing Form.

“All you need is for the tax rates to be sensible and to make sure that all racing constituencies — the racetracks, trainers, owners and customers — are better off,” he said. “I think we’re on the cusp of it now. The ingredients are all there.”

The #RJhorseracing handicappers are sticking to the Triple Crown trail this weekend, chasing glory in the $400,000 Tampa Bay Derby (Grade 2) at Tampa Bay Downs and the $300,00 Gotham Stakes (Grade 3) at Aqueduct.

In the former, a 1 1/16th mile race that drew a field of 12 sophomores, the crew is narrowly favoring 5-2 second choice Chance It, who was scratched out of last weekend’s Fountain of Youth Stakes in favor of this spot, over 2-1 morning line favorite Sole Volante, winner of the Sam F. Davis Stakes at Tampa in his last start. They see Market Analysis (8-1) finishing a distant third.

I’m marching in lockstep with my brethren and sistren on this race, though I’m in the Sole Volante camp, who should find this field full of close to the pace runners to his liking. I’ve got Chance It second and Relentless Dancer (12-1) in third.

In the Gotham, run at a mile, the crowd ’cappers are expecting a walkover, with 3-1 morning line favorite Mischevious Alex a runaway winner in the balloting. They like Attachment Rate (9-2) and Montauk Traffic (6-1) underneath, in that order.

I must part ways with my peeps on this one, as I think Attachment Rate has another forward move in him for trainer Dale Romans and can outrun Mischevious Alex early and fend him off late. Mischevious Alex is my second pick with Untitled (4-1) picking up the show dough.