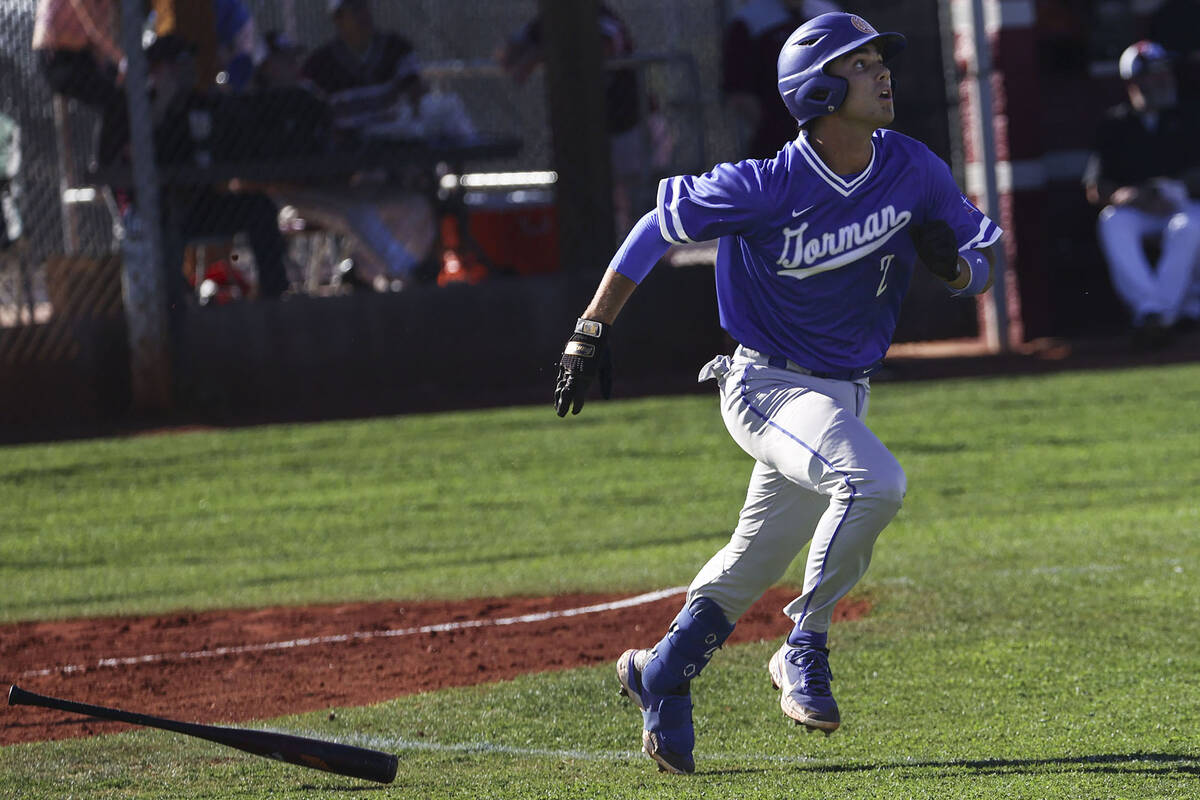 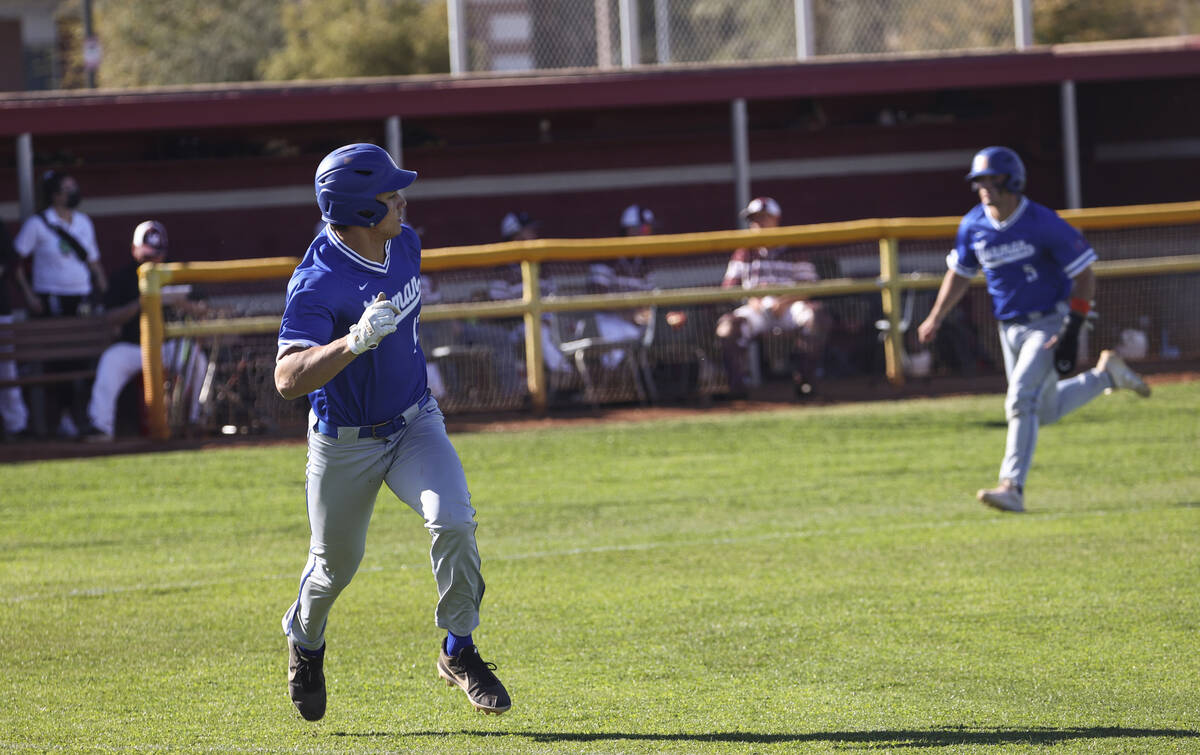 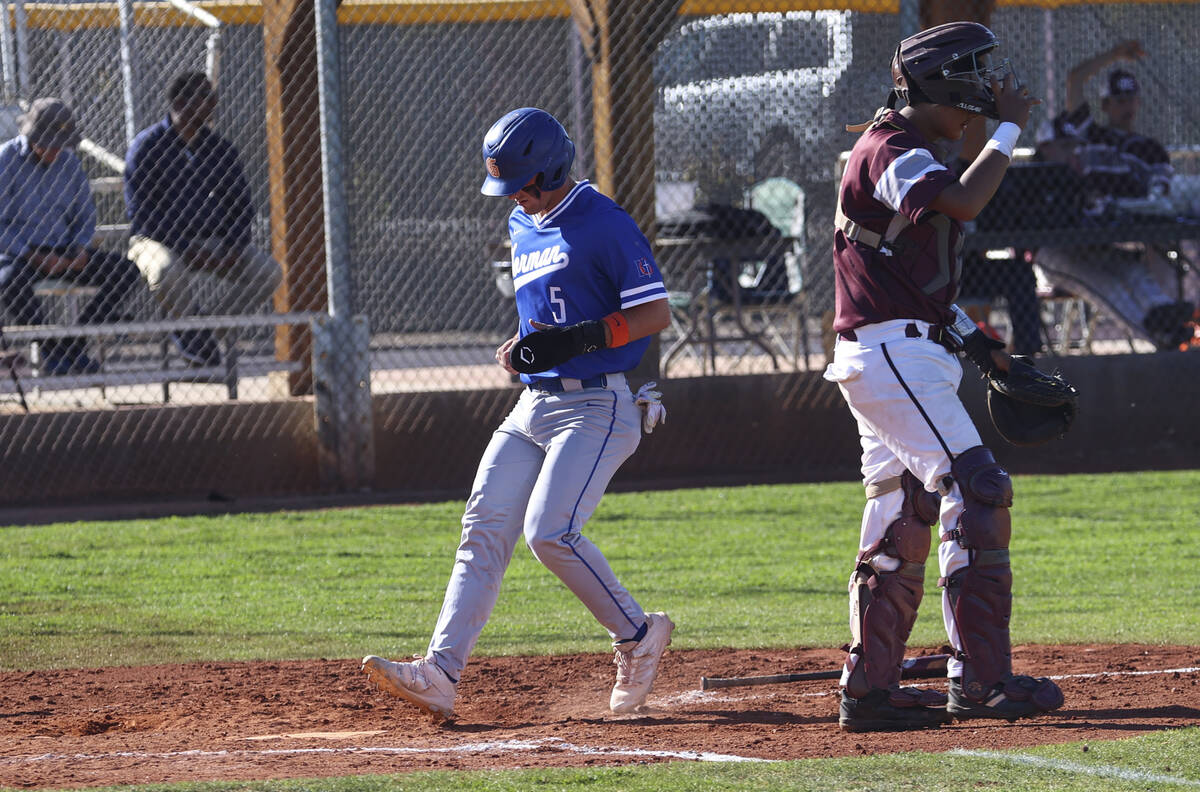 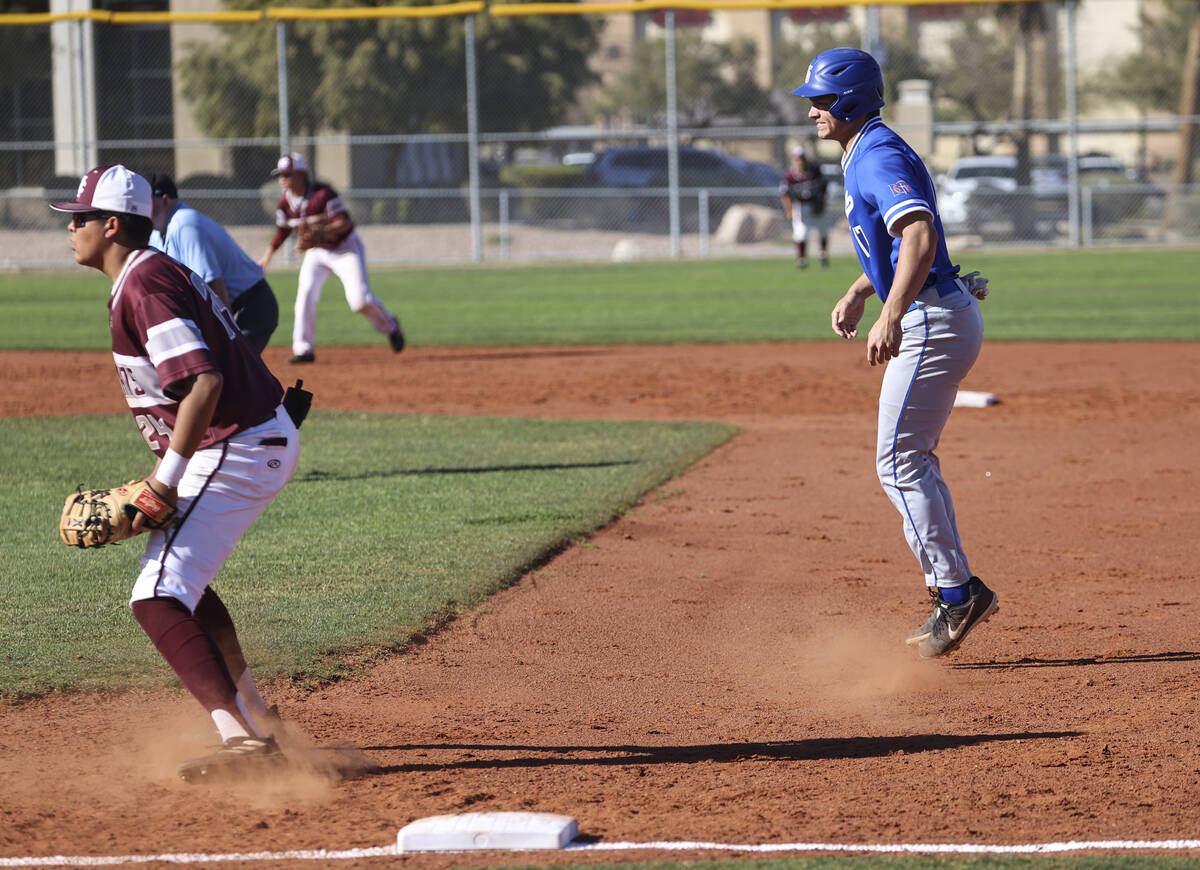 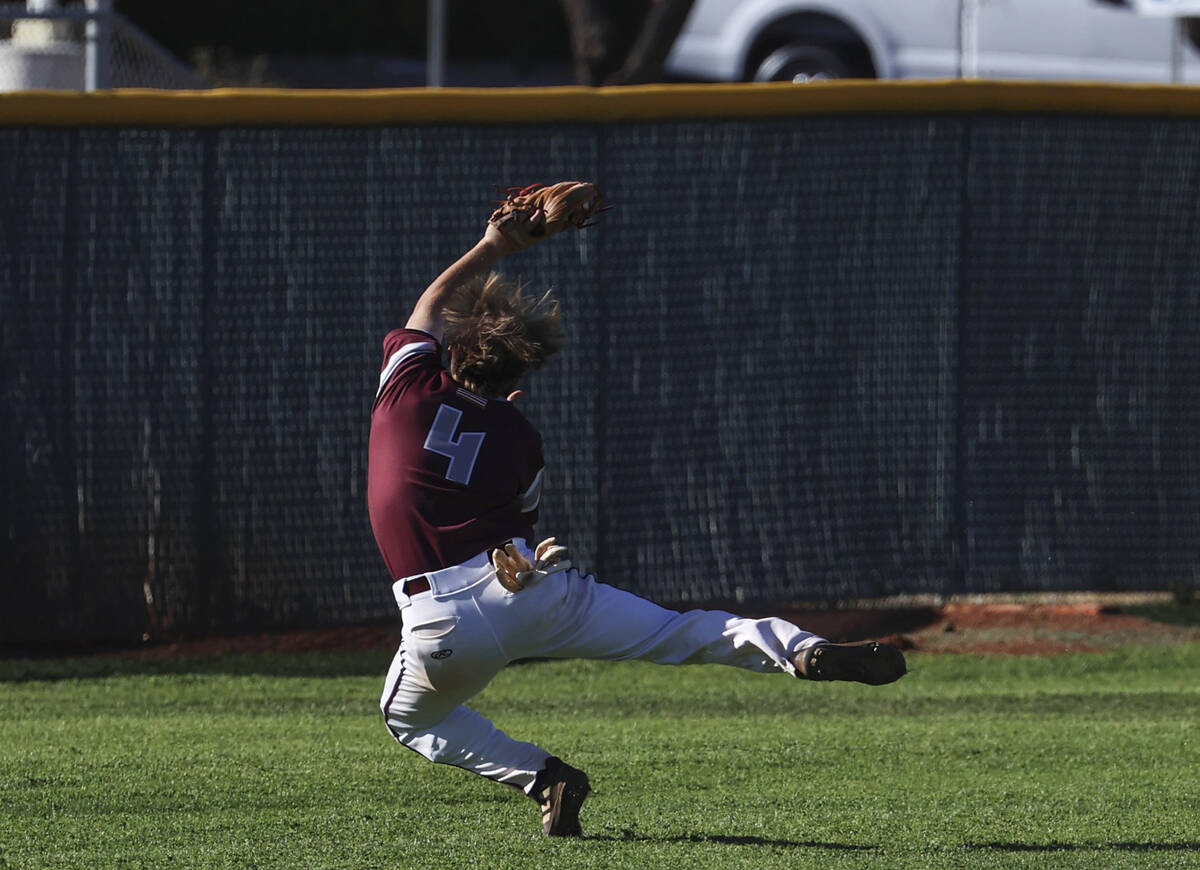 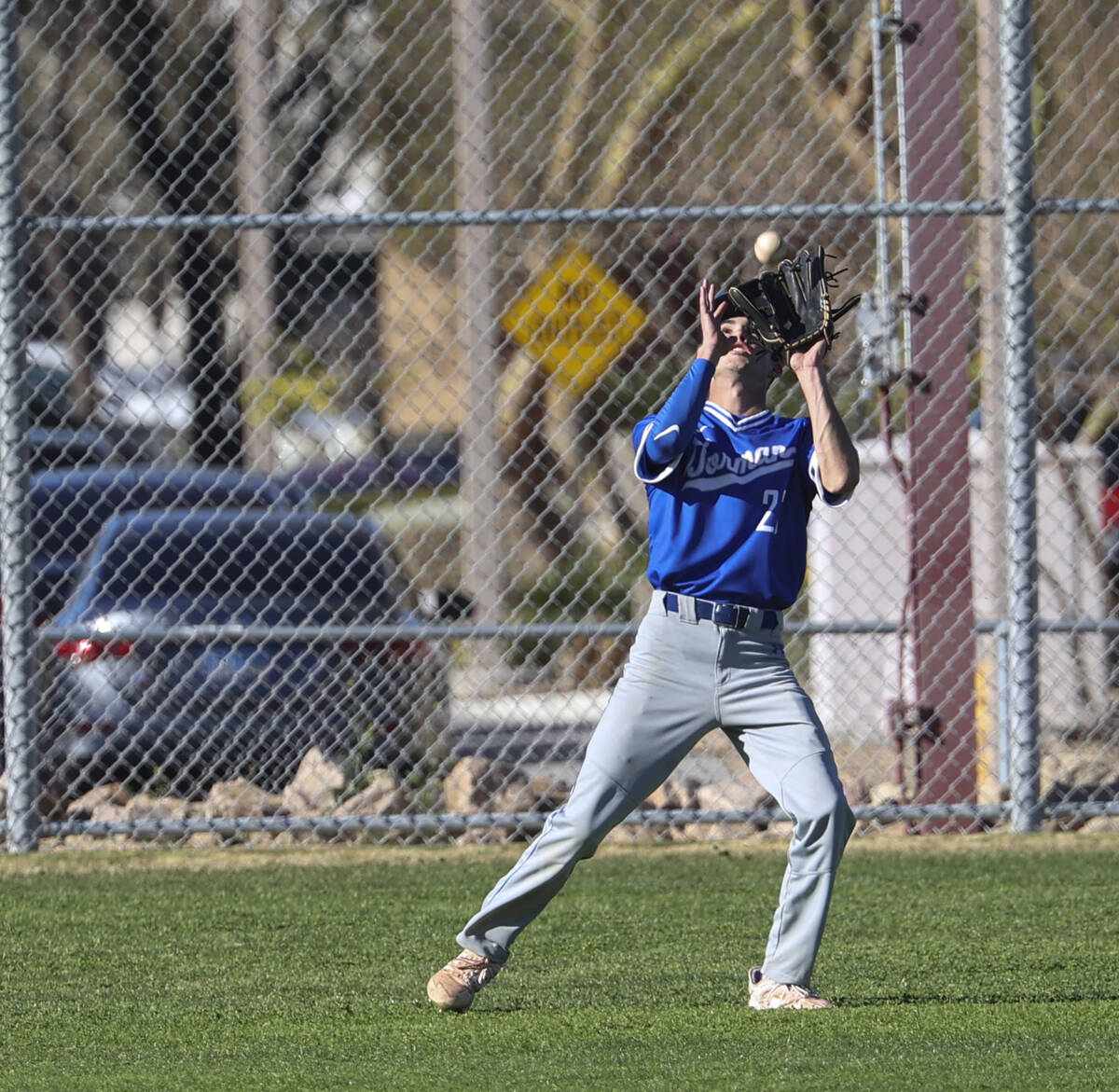 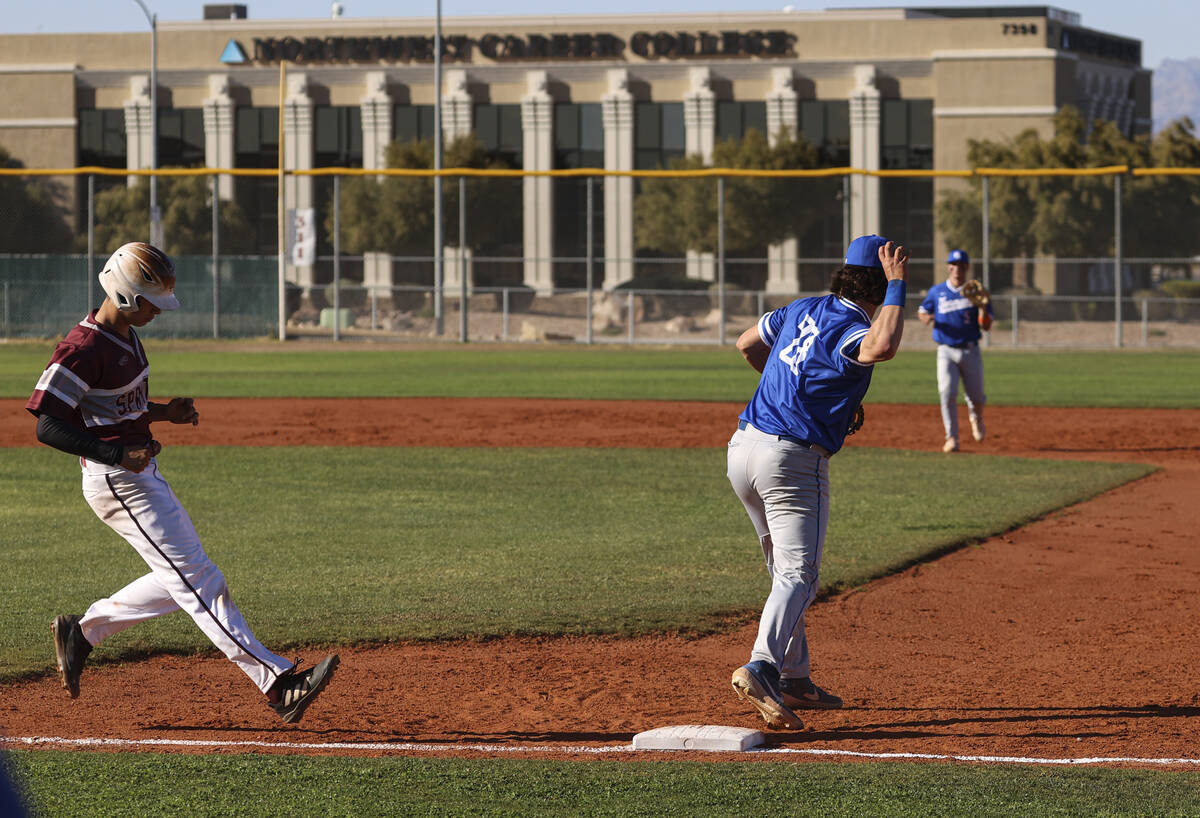 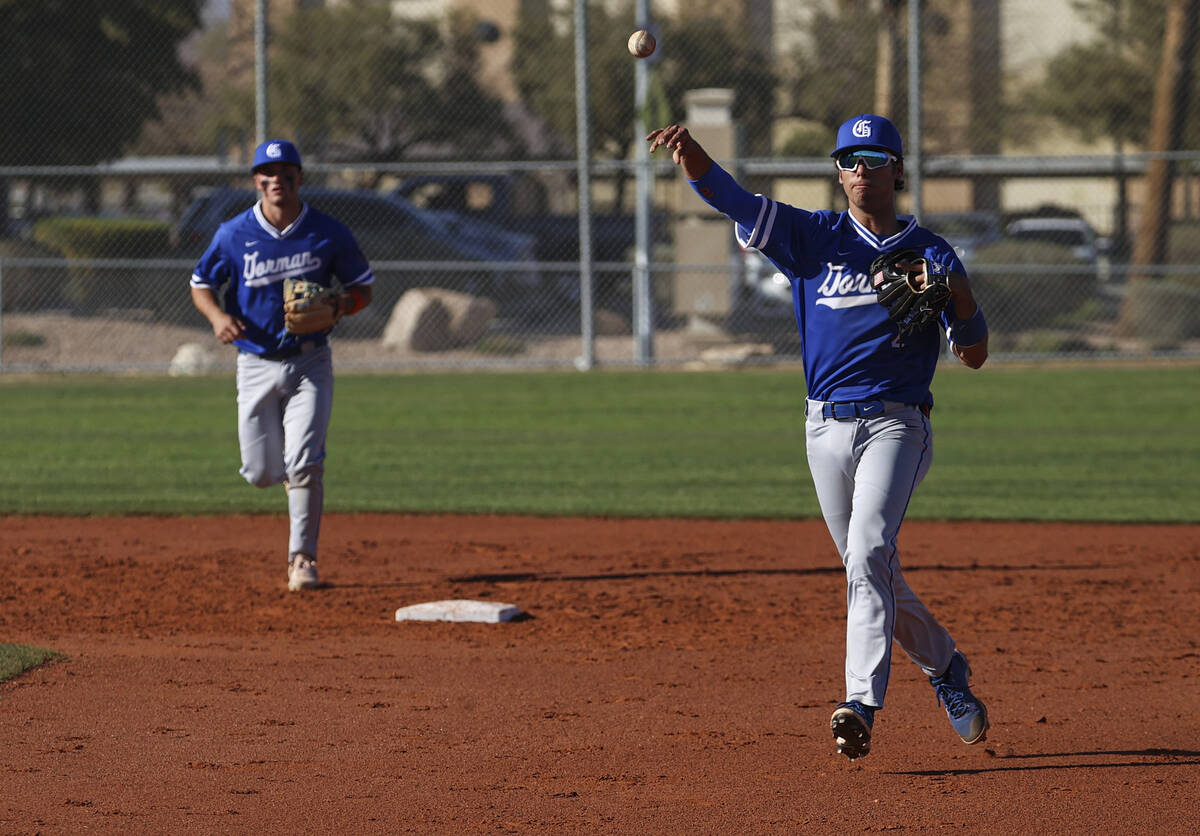 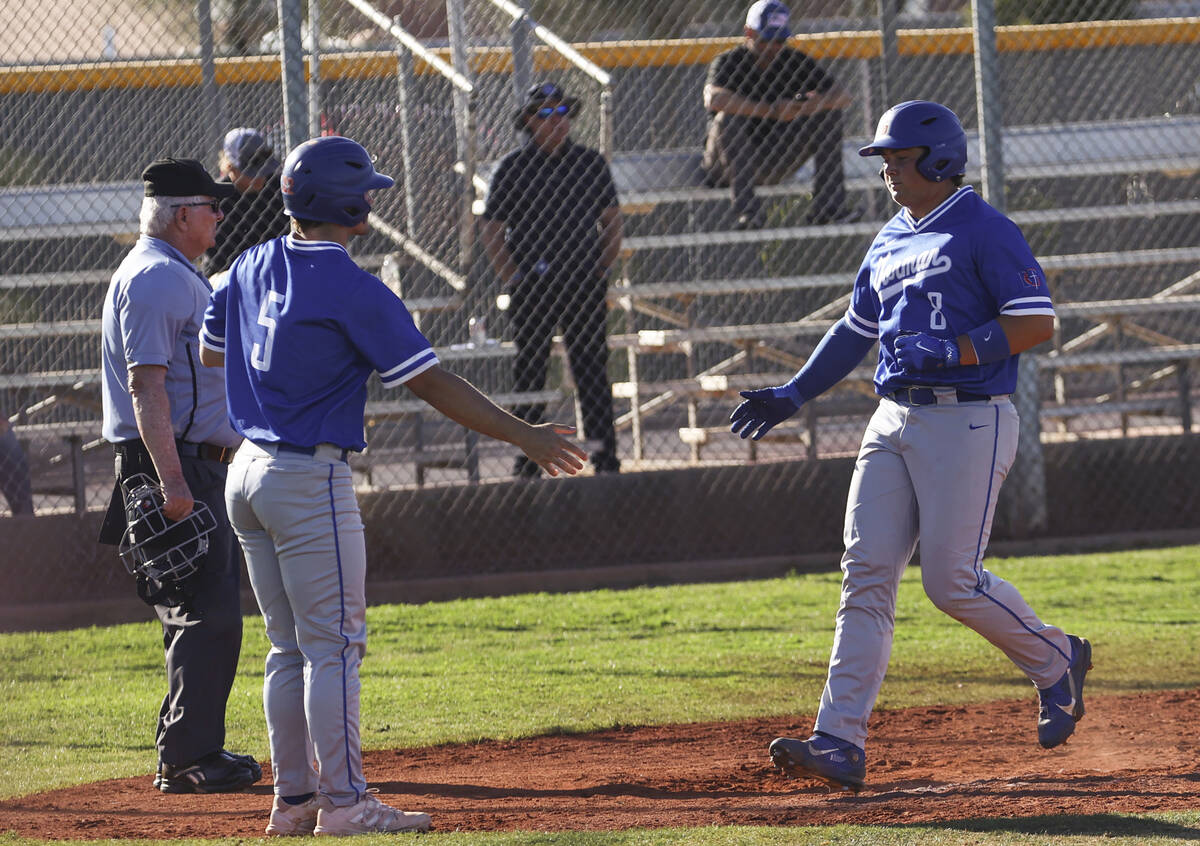 There’s a perception that when it comes to the marquee high school sports — football, basketball and baseball — there’s Bishop Gorman, then there’s everybody else.

But public school rival Liberty has risen to the Gaels’ lofty level in football and basketball. And it has been seven years since Gorman last monkey-piled on the diamond after winning a state baseball championship.

It should be noted that state tournaments were not played in 2020 and ‘21 because of COVID. And those Gaels editions — particularly the 2020 squad led by current Southern Cal standout Carson Wells that was ranked No. 2 in the nation — were in line to add to a Gorman legacy that produced seven consecutive state titles from 2006-12 and another in 2015.

It also should be noted the Gaels totally are back. They are 14-1 and ranked No. 19 in the nation by MaxPreps.com. Before losing 8-5 to Reno in a tournament in Arizona last week, they were No. 7.

But unlike the situation for the school’s football and basketball teams, the Gaels’ place in the baseball state playoffs is not preordained.

“Just getting into the state championship is going to be brutal,” coach Gino DiMaria said.

While his coaching contemporaries at the well-heeled private school tend to say that out of respect for the downtrodden, it’s not just rhetoric with the baseball team. The Gaels have made the state final four only once in the past four tournaments and this season have again been challenged by several 5A South teams.

“I say this is every interview — Nevada baseball is one of the tops in the country,” DiMaria said in referencing Gorman’s 7-6 victory against Basic on March 6 in which four pitchers were used to hold off the 2016 and ‘17 state champs. “There are teams here that can compete with anybody in the country.”

His is one. Reno is another. A fly ball lost in the lights helped the Huskies knock off the Gaels, but it wasn’t a fluke.

“Baseball is the toughest to sport to win state in,” DiMaria said. “Nevada is just loaded with great players on every team, but there are also great coaches, and that’s what makes the difference.”

Two other things that make a difference are a deep lineup and pitching staff. Gorman has both.

Despite losing Tyler Whitaker to the Houston Astros (third-round draft pick) and Gavin Mez and Santino Panaro to UNLV — the trio combined for six hits in Gorman’s 8-2 victory over Palo Verde in last spring’s 8-2 Southern Region title game — the Blue and Orange has continued to hit to all fields.

UNLV commit Tyler Avery was the winning pitcher in last year’s Southern Region title game and looked sharp in a two-hit shutout against Cimarron-Memorial Thursday. But his live arm is just one of about five or six among the Gaels, DiMaria said, which could give Gorman an edge in the postseason when games stack up and a multitude of live arms is crucial.

And, unlike in football and basketball, Liberty stands 4-8 and doesn’t seem much of a threat among the everybody elses. At least not at first blush.

“Last year when we went 19-1, that was our only loss,” DiMaria said, fully aware that when the wind blows across a dusty diamond during springtime in Southern Nevada, the everybody elses are not to be taken lightly.