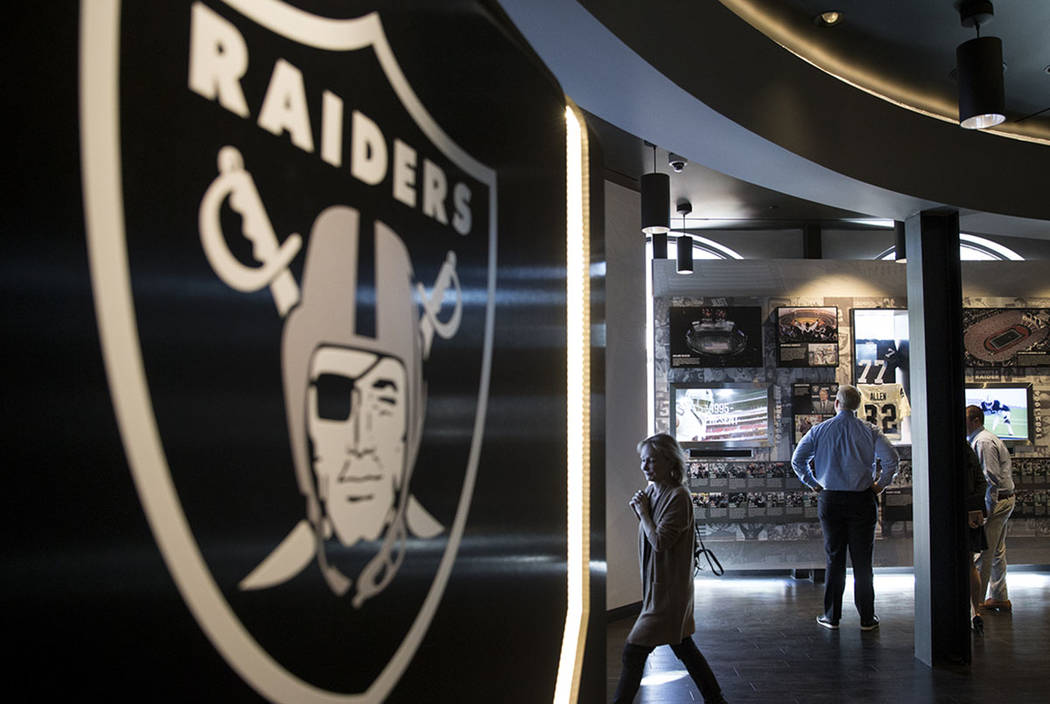 With the Raiders taking this week off it seemed a good time to check out my local The Raider Image store in the Galleria Mall.

They had all kinds of silver and black merchandise. They were out of silver and black alarm clocks that play Big Ben chimes followed by the sound of Derek Carr grunting after having his arm wrenched at Wembley Stadium when you hit the snooze button.

Out front was a rack of camouflage jerseys with Carr’s No. 4 on it, which the Raiders’ harried quarterback might want to consider putting on before the next game against the Colts, although the Colts are pretty awful, too.

I must confess the real purpose for the mall trip was to satisfy a craving for a soft pretzel. While there, a short detour was made to one of three official Raiders team shops in the valley (Fashion Show Mall, Town Square) to inquire if a 1-5 start and crazy trades were hurting business.

Nobody at the store would talk.

If only the Raiders’ defense was as steadfast as the staff at The Raider Image.

But they said I could browse as long as I wanted. Which I did in virtual solitude until walking across the hall to Wetzel’s Pretzels, where the line was much longer.

The Raiders will open two Raider Image official merchandise stores at the Galleria at Sunset mall and Town Square in Las Vegas this fall. pic.twitter.com/8SeqBgkJYM

It was during the early 1990s, when the U.S. Men’s National Team star became the first American to play in the top level of the German Bundesliga.

“When you’re making $1,800 a year playing in the (American Professional Soccer League) and then you go to Germany and you’re making $18,000 a week, you need help,” Wynalda said of hiring an accountant and managing his money.

Which led to purchasing a house on Canyon Gate.

Which became more than a tax shelter.

“I built a house on spec and the intention was to sell it,” Wynalda said. “My neighbor wound up being one my best friends. I kept the house. I was a very proud resident (of Las Vegas) for a long time.”

Did Lights FC lay off several employees (including media director Ryan Greene) in order to pay Wynalda’s salary? The layoffs happened Tuesday, the day before Wynalda’s hiring. Lights owner Brett Lashbrook said the pink slips had nothing to do with compensating the new manager.

“It’s not a money issue,” Lashbrook added. “I feel bad about it. I call it a business efficiency issue. We have really big aspirations. Year one we set a foundation, year two we’re going to become bigger and better. As a result of that, we have to evaluate all aspects of the business and continue to grow.”

We would like to welcome @EricWynalda the new head coach of @lvlightsfc. We expect big things next season. You’ll definitely be hearing us in the stands as we bring 90 minutes of non stop singing in support of our city. pic.twitter.com/N3UG1MDW6U

In hockey when a referee’s decision is upheld following a coach’s challenge, the coach’s team is assessed a penalty for delaying the game and the other side goes on a power play.

If baseball had this rule and put a man on second base whenever a replay challenge went unfounded, it would make the games a little shorter. And then umpire Joe West wouldn’t have to make cryptic hand signals that suggest hailing a taxi after home run balls are struck in the first inning of playoff games. 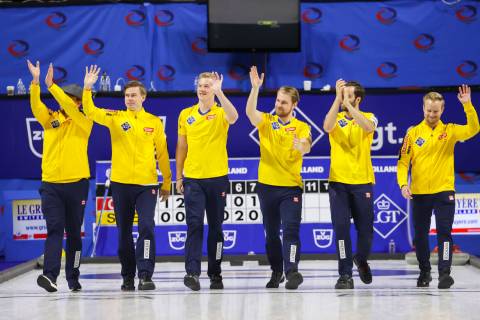