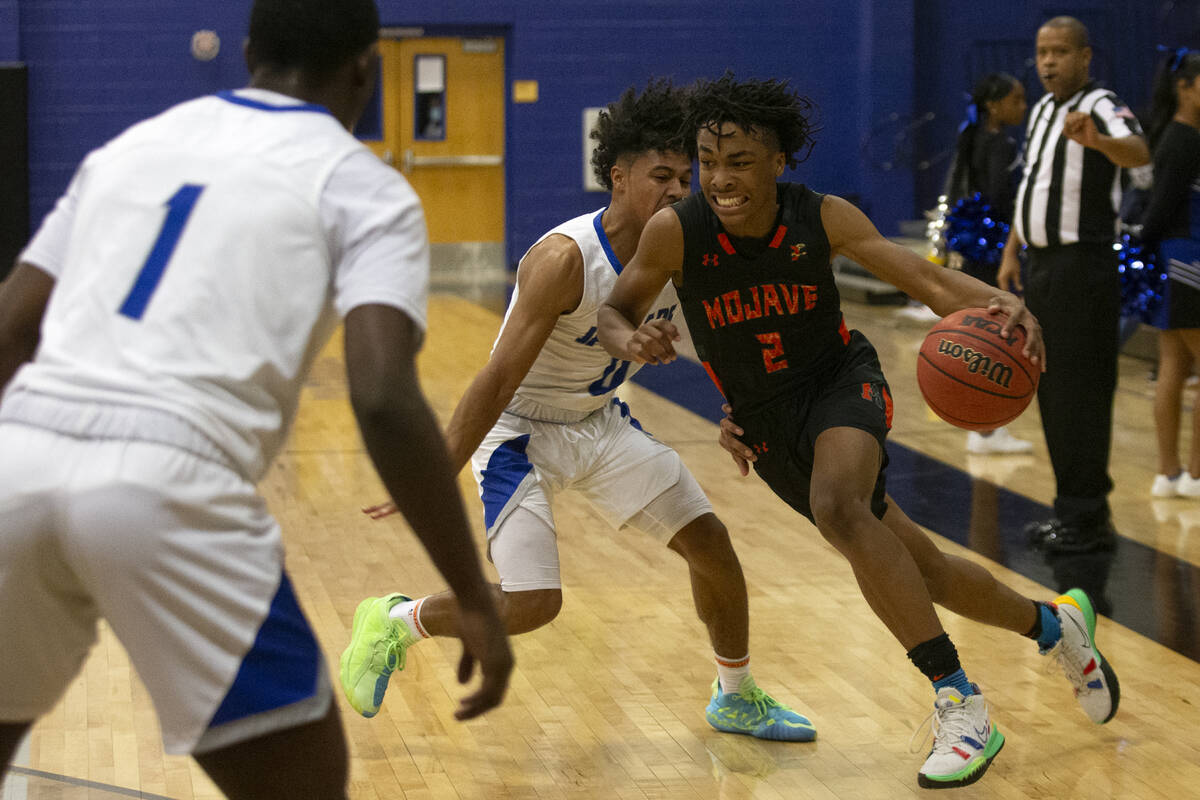 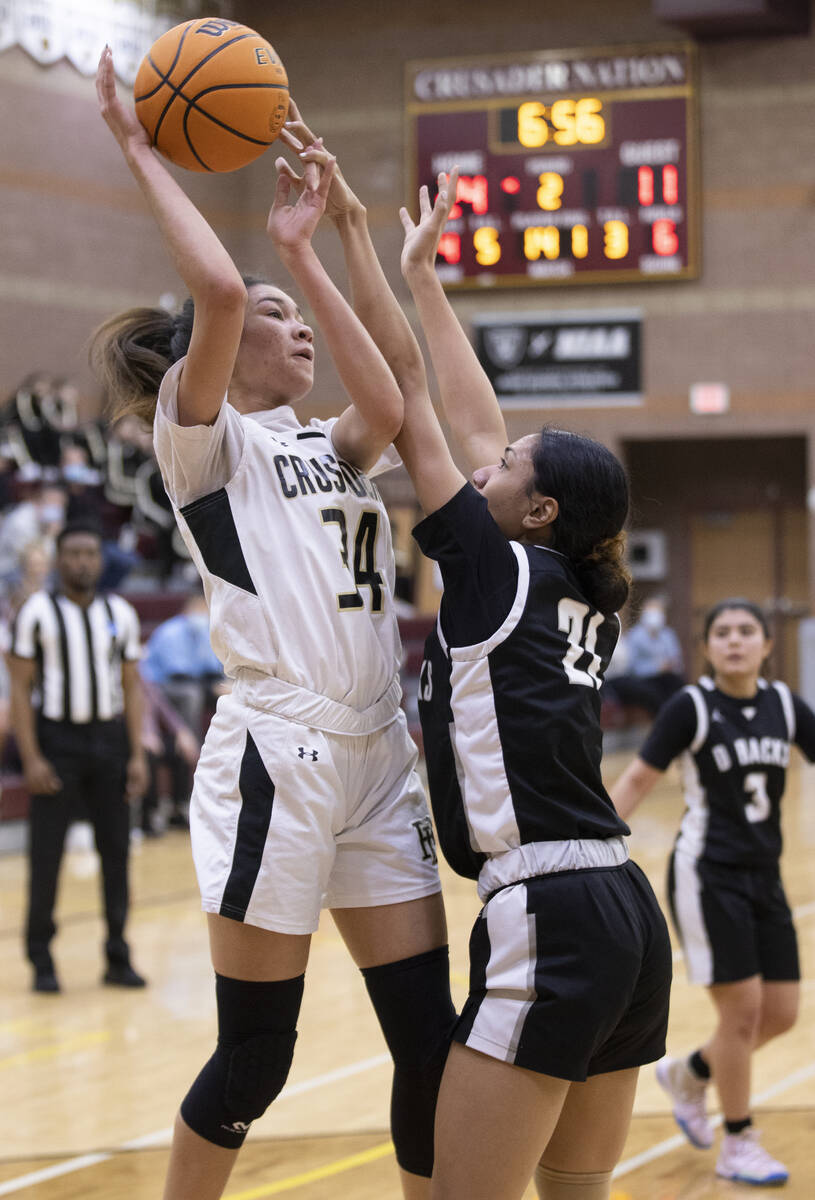 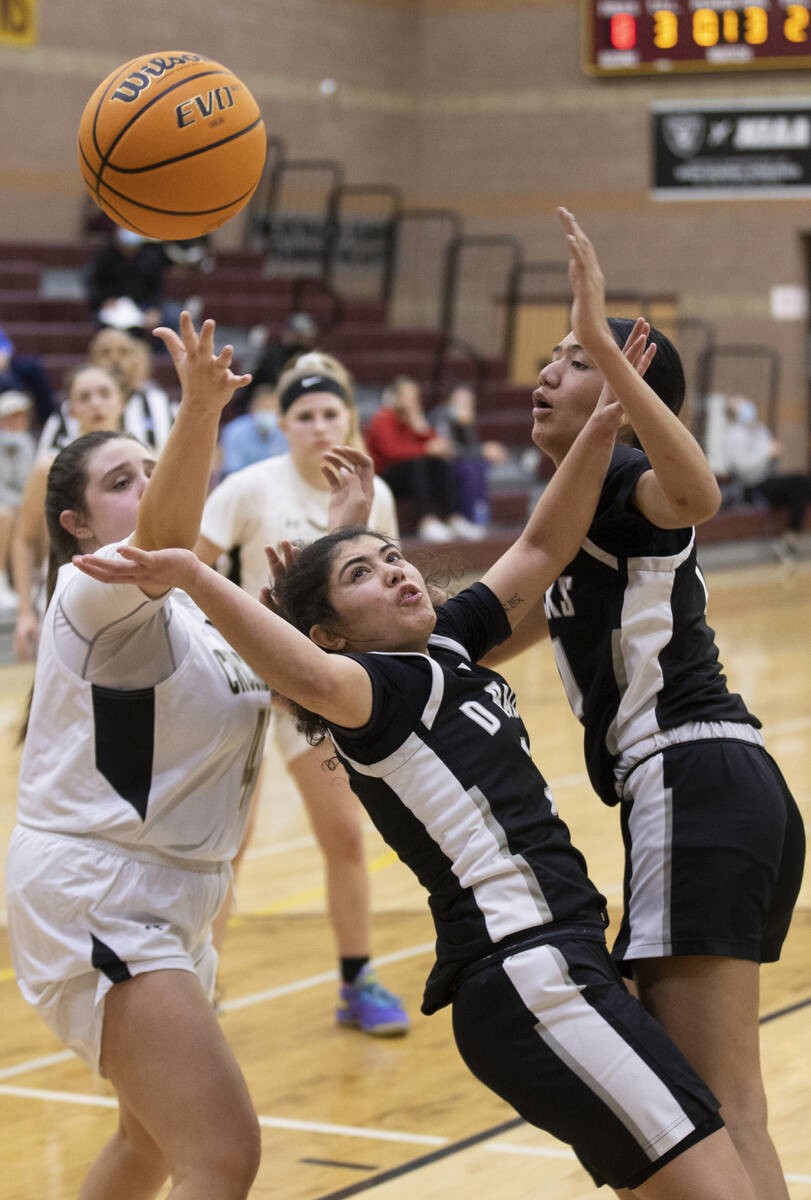 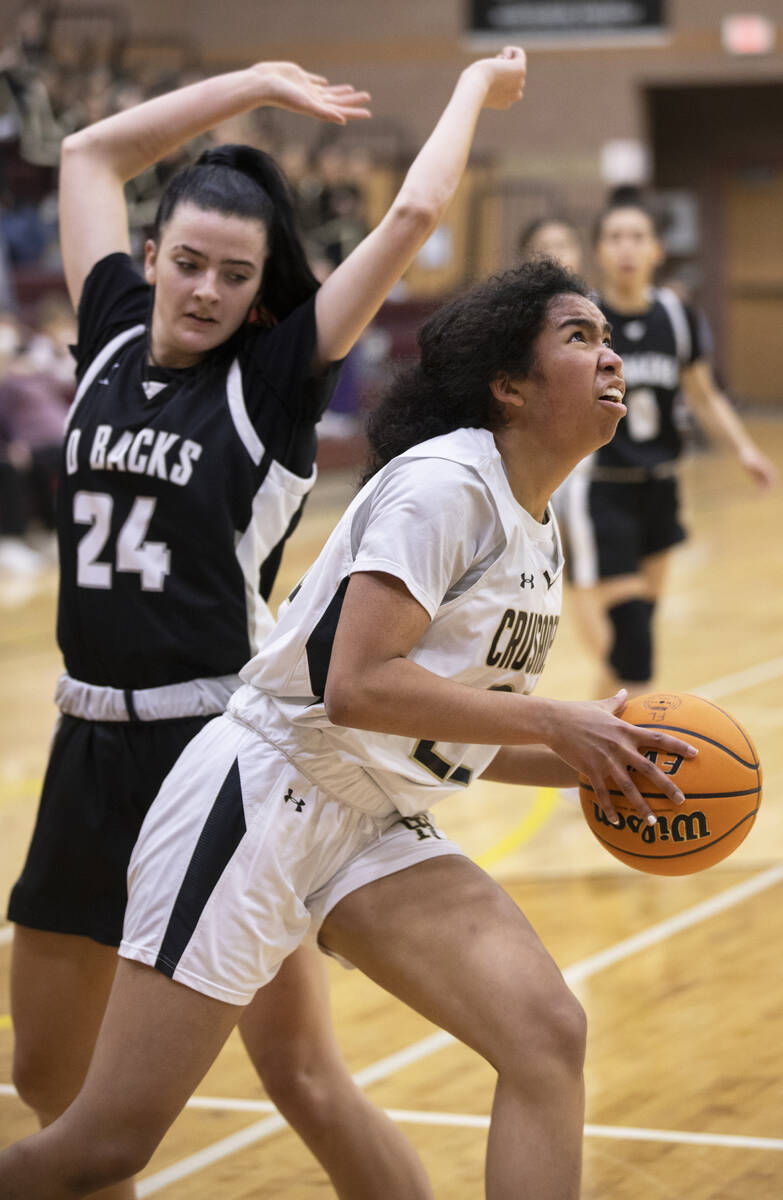 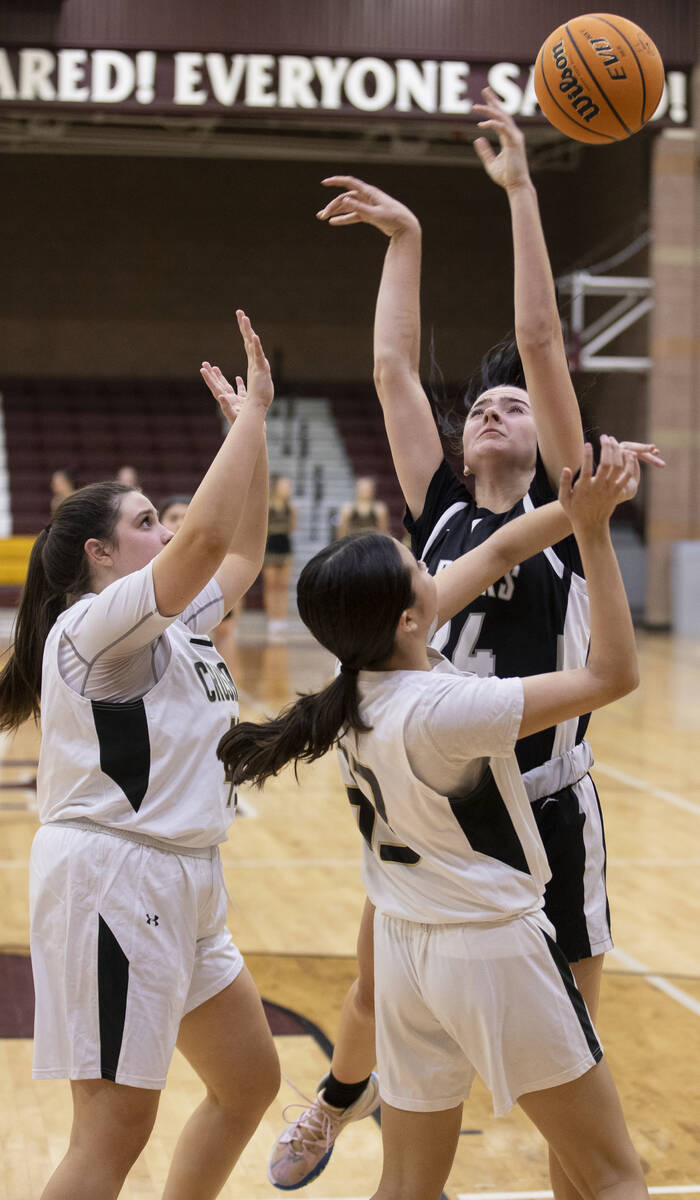 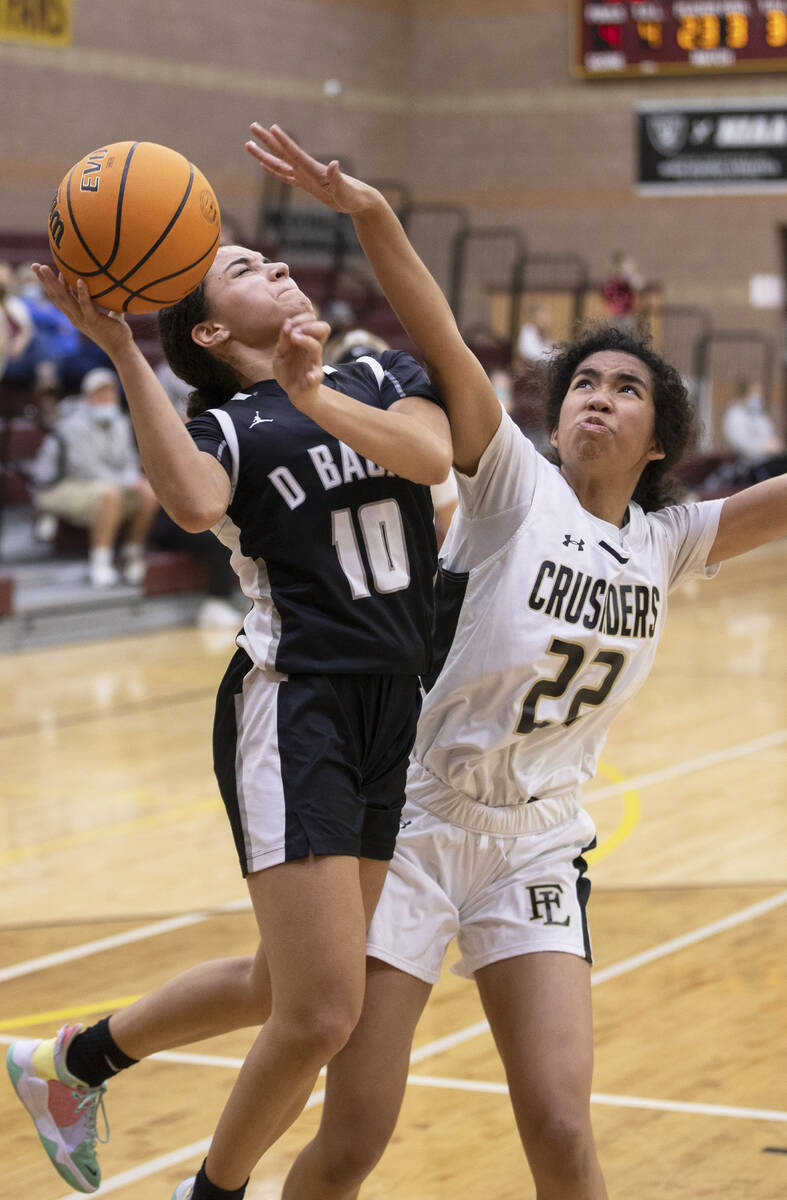 It was Wednesday night, and a couple of high school basketball coaches were watching their schools’ junior varsity teams make errant passes from about 10 rows up in the sparsely populated Las Vegas High gymnasium bleachers.

Starting Friday, that’s about as close to a basketball court as Jason Wilson and Andy Johnson will be allowed for five days. The Clark County School District announced Tuesday it will be shutting down all school-related activities because of a staffing shortage caused by another COVID-19 surge.

The adults at the school district are calling it a “pause.” Wilson, the longtime boys basketball coach at Las Vegas, and Johnson, his counterpart at Silverado, said it almost seems more like a rewind to last year, when the entire high school basketball season was eliminated by COVID’s full-court press.

“I hope they don’t shut it down again like they did (last year), but from everything we’re hearing, they’re gonna bring it back in five days,” said Wilson, who is nearing 200 wins at Las Vegas High accrued over 13 seasons.

That’s still the plan. A CCSD official even used a basketball term to characterize the five-day respite during a news conference.

“It’s not a pivot to distance education at this time,” said Monica Cortez, assistant superintendent of the student services division.

But the basketball coaches say it’s not close to being an ideal situation, either.

“We’re not gonna have any time to practice, and the way the schedule is set up, we’re set to play the day we come back (Wednesday),” Wilson said. “(Our players) are supposed to sit and do nothing for five days and then come back and compete. It’s not good for them physically or mentally.

“They thought all of this was behind them. The kids are nervous it’s going to get shut down for more than it is.”

The reason Wilson and Johnson were sitting together is that their game originally set for Wednesday night was moved to Saturday as part of the Big City Showdown at UNLV. Seven games, featuring most of the top boys and girls teams in the valley, were scheduled, with Bishop Gorman meeting Coronado in the marquee matchup.

Now that’s off, too.

“Our kids were devastated,” said Johnson, who guided Findlay Prep to a 57-2 record in two seasons as coach. “That Big City Showdown, they’re on the big stage in front of everybody.

“When that gets taken away, the kids automatically shut down. They think about what they went through last year. (Wednesday) in practice, just trying to keep their spirits up, was a little tough.”

The Nevada Interscholastic Activities Association also must be getting a severe case of carpal tunnel syndrome for having had its fingers crossed so long. A spokesman for the high school sports governing body said it expects to have 301 basketball games statewide postponed or canceled through the announced end of the CCSD pause on Tuesday, with 144 being varsity games.

CCSD athletic director Tim Jackson said the five-day break, scheduled around Martin Luther King Jr. Day, is meant to give employees and students a few days to “recoup, recover or recharge for the final push of winter sports” amid another virus outbreak.

A skeptic might say that asking high school kids to avoid contact with their classmates for five days is more naive than expecting Ferris Bueller to provide a note from his doctor excusing him from classes.

But Johnson said he doesn’t expect his players will spend the next five days tooling around in a bright red Ferrari convertible and indulging in high jinks.

“You only get so many chances to lace ’em up and go play,” he said. “And it’s a shame, because when that gets taken away, you can’t get it back.”