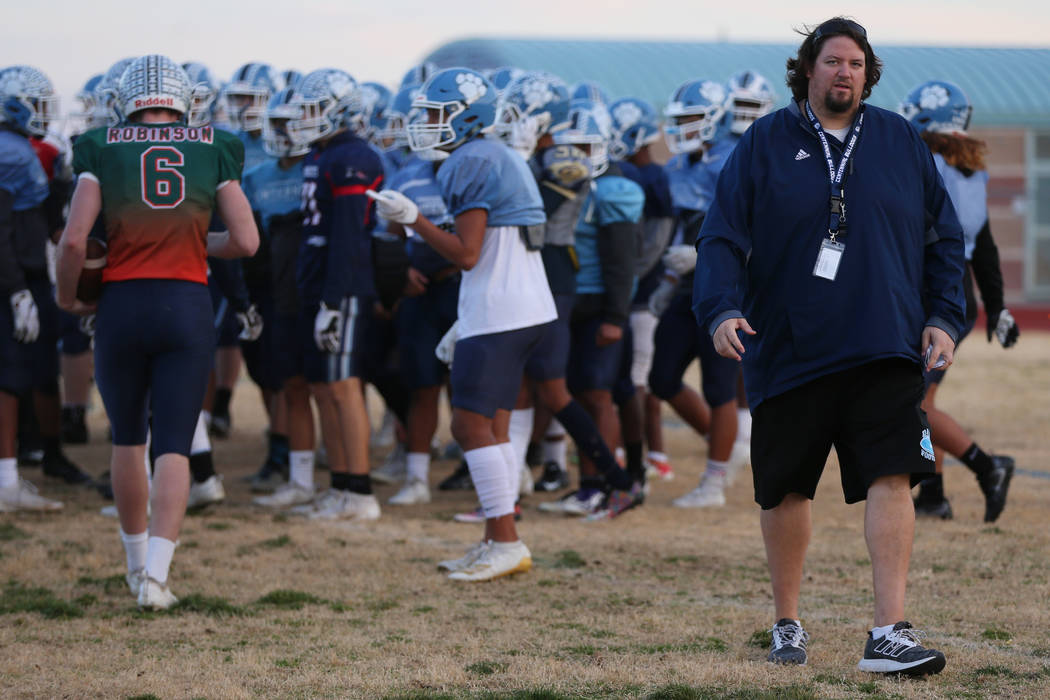 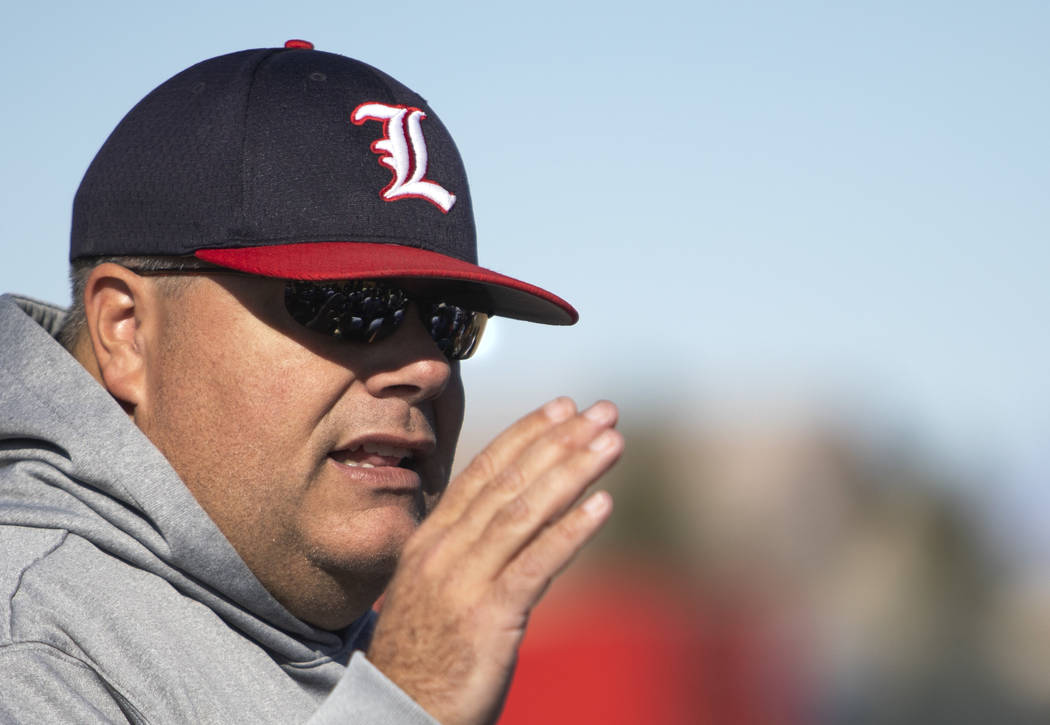 It was a gloomy Wednesday, and persistent rain had turned the football field at Centennial High into forlorn marshland. When the showers finally let up, the Bulldogs were consigned to the higher and slightly less pockmarked ground of a nearby soccer field.

It was much the same at Liberty on Thursday. The sun was shining, but there was a lagoon on the 50-yard line. Outside of sparse green clumps in the red zones, the grass had turned to sawdust.

A bystander observed that the playing field at Bishop Gorman probably wasn’t underwater and probably didn’t look as if sheep had been grazing on it.

It also was observed that the Gaels aren’t practicing football this week.

For the first time in a decade, Bishop Gorman isn’t participating in Saturday’s 4A state championship game at Sam Boyd Stadium. For the first time in 15 years, Southern Nevada public schools will meet for the title. It’ll be Centennial vs. Liberty, and who could have envisioned that when two-a-days began under a blistering Southern Nevada sun when the grass at Centennial and Liberty still was mostly green?

This is a state championship game that most likely will be remembered for who’s not playing almost as much for who is.

If Bishop Gorman has slipped after winning 10 consecutive state titles and 115 games against Nevada opponents, it is only in the way Alabama has slipped this season, or the Patriots. This isn’t the Ming dynasty being defeated by rebel forces, never to rule again.

It was Liberty, also known as the Patriots, that attained the seemingly unattainable by upsetting Gorman in the playoffs. It was a victory that gave credence to a once unfathomable notion that public schools with only one set of uniforms can rise to a level where — when the moon is in the seventh house, Jupiter aligns with Mars and peace guides the planets — they can compete with the Gaels.

“I don’t see Bishop Gorman slipping at all,” said Rich Muraco, the longtime Liberty coach from upstate New York whose team only three years ago lost 84-6 to Gorman in the championship game before upgrading its schedule by playing out-of-state powerhouses of Gorman’s ilk.

“They’re a great program. I just think we’ve been working really hard the last few years to close the gap. We were able to play a great game that one night and beat ‘em.”

Liberty’s 30-24 overtime jaw-dropper on Nov. 23 also appears to have squelched furor about competing with the well-heeled private school on the same courts and playing fields. The NIAA realignment committee compromised Friday by recommending a new classification be created for the Gaels and those bold enough to challenge them.

“I’ve never subscribed to that,” Muraco said about banishing Gorman from state tournaments and playoffs. “I do understand the frustration. It is an unequal playing field in a lot of ways with the money they have coming in, the facilities, the advantages they have with all the uniforms and helmets.

“But I’ve always taken the approach they’re Nevada kids, just like we are. We don’t have a big enough state to have a private and a public state championship.”

Dustin Forshee, the Centennial coach with the broad shoulders, short pants and mellow attitude, also has few qualms about playing Gorman, other than he would prefer it be in a larger 4A class instead of some perceived super-conference.

Two years ago when Centennial was on the fence about competing against Gorman, the Bulldogs decided they would rather fall on the Gaels’ side — even if the Gorman players have access to a well-appointed weight room overlooking their football stadium, while Centennial pumps iron in an old auto shop.

“We’ll get turned around, we’re gonna play better, we’re going to coach our kids and be competitive,” Forshee said of the prevailing mindset. “So I was all for it. And here we are now, playing for a state championship against somebody not named Bishop Gorman.”

Most times the grass is greener on the other side of the fence.

This time it remains only in clumps. 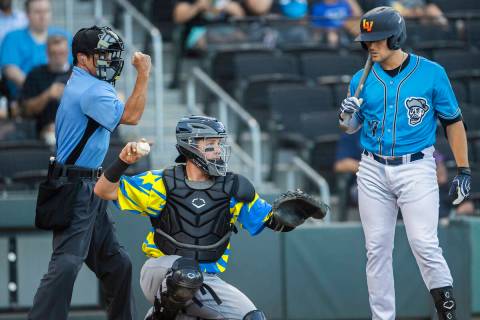