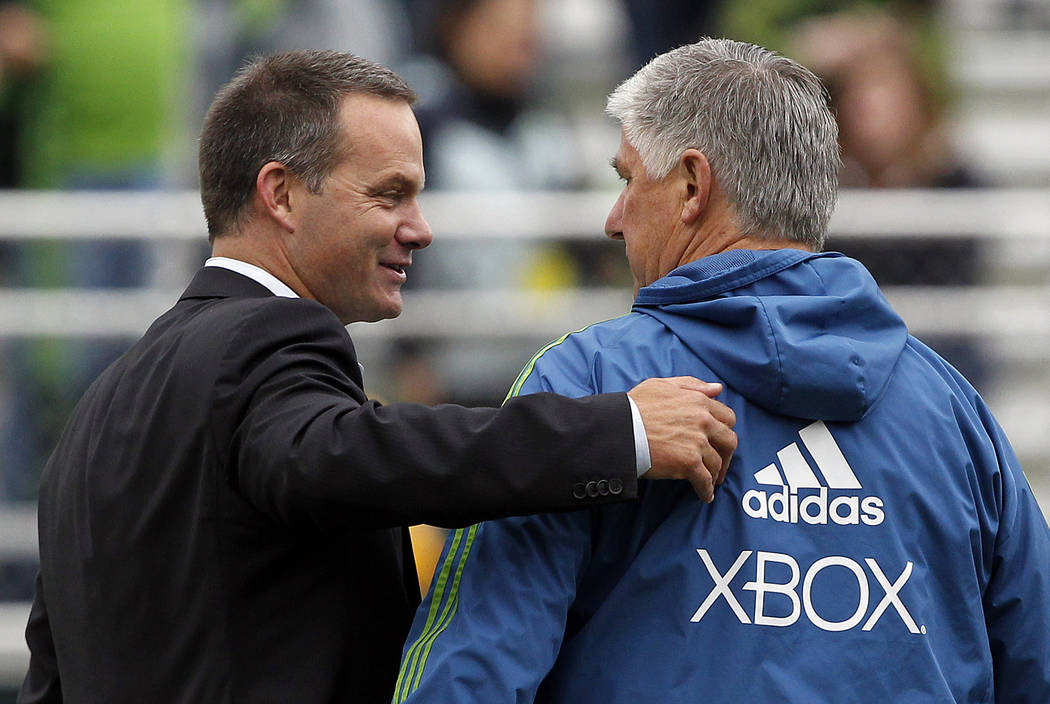 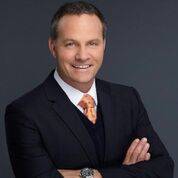 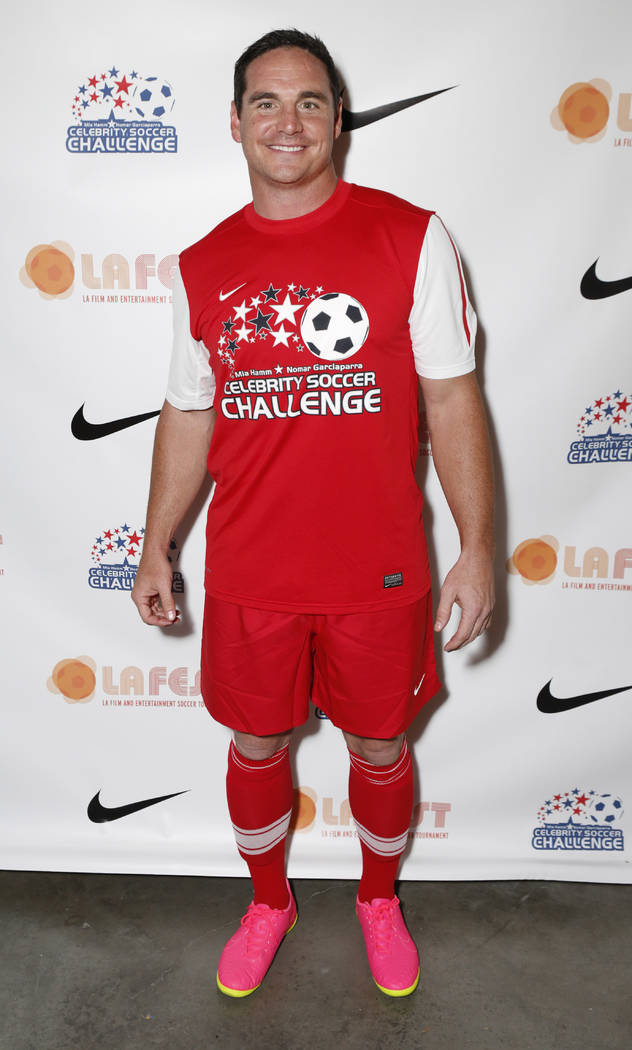 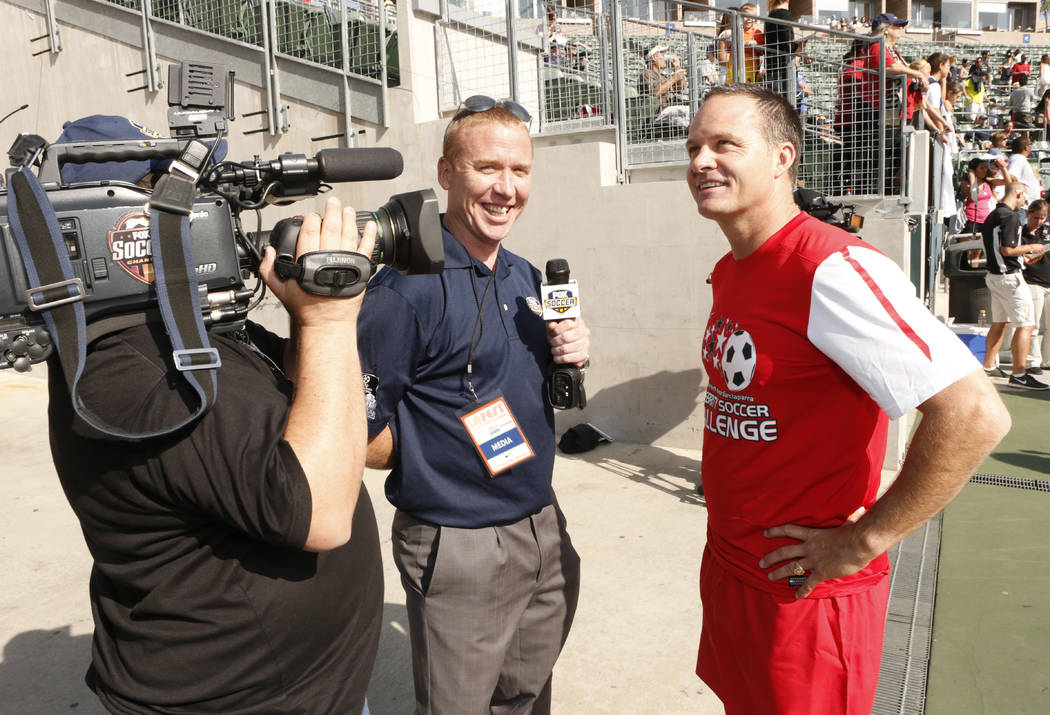 He was our national team’s all-time leading goal soccer when Costa Rica and Trinidad and Tobago were like the players on a foosball table — something to be idly spun when one was out of quarters — rather than obstacles in failing to qualify for the World Cup.

Wynalda had so much to say as a broadcast analyst about the U.S. not making it to Russia for the big footy shindig this summer that it probably precluded him being chosen president of U.S. Soccer in February — a gig slightly more coveted than that of Las Vegas Lights FC manager and technical director, which he accepted Wednesday as a big surprise to some.

“You look at the position I had, I was asked to comment on — and criticize — everybody from the (broadcast booth),” Wynalda, 49, said of bridges burned and feathers ruffled. “Eventually somebody had to say ‘What do you know? You’ve never done it. How can you be critical of a coach if you’ve never coached?’

“So about five, six years ago I took that message to heart. I tried to dedicate as much time as I could to the craft of coaching. What spun out of that is I just love it,” Wynalda said about having guided amateur side Cal FC to a victory over Major League Soccer’s Portland Timbers during the 2012 U.S. Open Cup.

It’s not so much he has an ax to grind with the domestic soccer establishment. It was more the career path he chose.

“If you go into the coaching profession, it potentially can lead to a very nomadic life,” said Wynalda, who lived in Las Vegas when he was playing professionally in the German Bundesliga. “That’s a big part of the reason why I didn’t gravitate to coaching immediately. I had a great job; I made a lot of money and I didn’t work a lot.”

It was sort of like those guys with one name who play records at Las Vegas nightclubs.

“He’s a complicated figure, right?” Lights owner Brett Lashbrook said before Wynalda spilled coffee on him when they were making the rounds Wednesday.

The same was said about Jose Luis Sanchez Sola — aka “Chelis” — the Mexican national who became the Lights’ first manager amid considerable fanfare, only to wind up being suspended more often than Bluto Blutarsky in “National Lampoon’s Animal House.”

Sola and son Isidro Sanchez directed the Lights to a 8-7-19 record in the team’s inaugural United Soccer League season. Lights FC was nowhere near as competitive on the field as it was at the turnstiles — Las Vegas’ average attendance of 6,786 ranked seventh in the widespread 33-team USL.

At first, Sola’s fiery demeanor and charisma — who can forget him smoking a cigarette with supporters after being banished from the pitch? — was thought to be as asset.

There’s an edge to Wynalda, too, Lashbrook said. Only it’s a lot more polished.

Lashbrook said if Wynalda does feel like grinding axes, he wouldn’t mind seeing sparks fly between the Cashman Field touch lines and wherever the Swope Park Rangers play their home games.

“He ran for U.S. Soccer president, he was kind of shunned. He wanted a job in MLS, he didn’t get it. He was the all-time (USMNT) goal scorer, he spoke his mind about how U.S. Soccer was developing players,” Lashbrook said.

Or not developing them.

When it appeared the Lights might need to rearrange furniture, Wynalda’s name was first to surface. As the team continues to attempt to carve a niche in the burgeoning Las Vegas sports scene, the hope is that Wynalda will prove to be what Bill Laimbeer was to the fledgling Las Vegas Aces of the WNBA — a presence so large as to give the team instant credibility.

The early returns are promising.

Within hours of the announcement, Sports Illustrated had six paragraphs up on its website.

It mentioned dropping money out a helicopter in saying how the Lights in one season had done a lot to call attention to themselves. And that by hiring Eric Wynalda, they had just done it again.