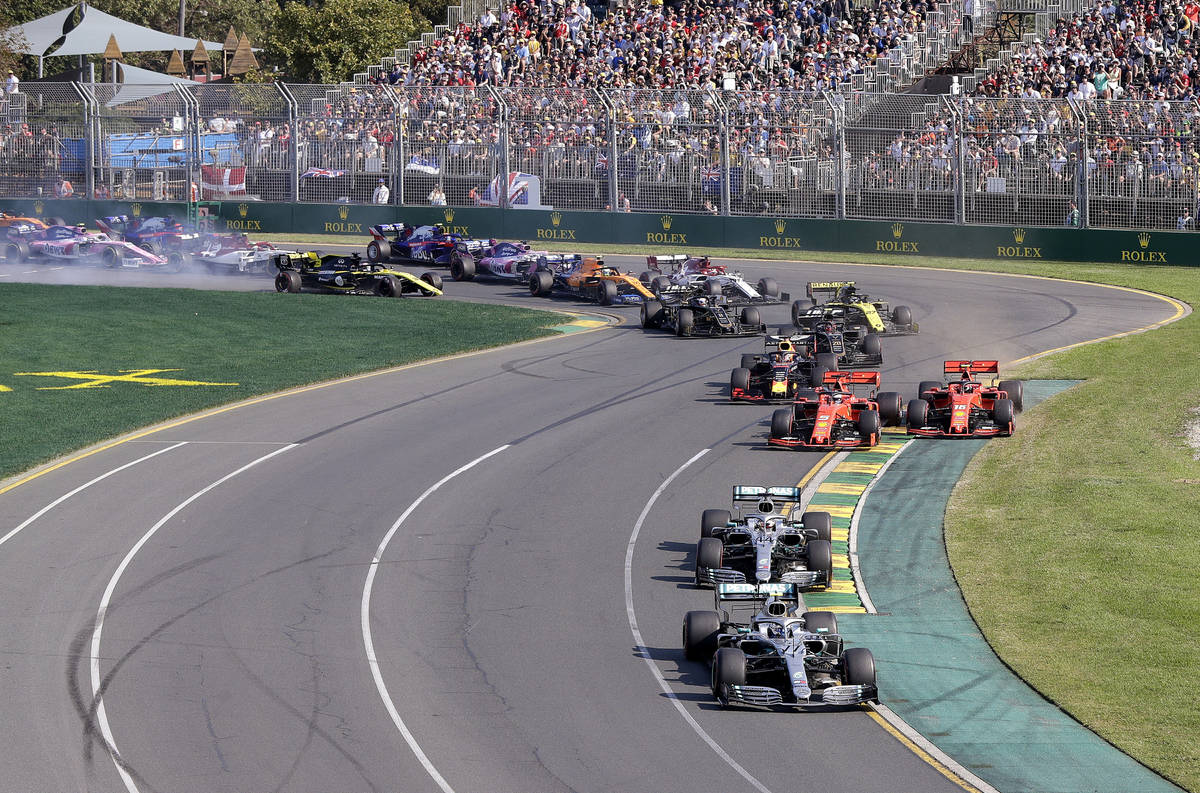 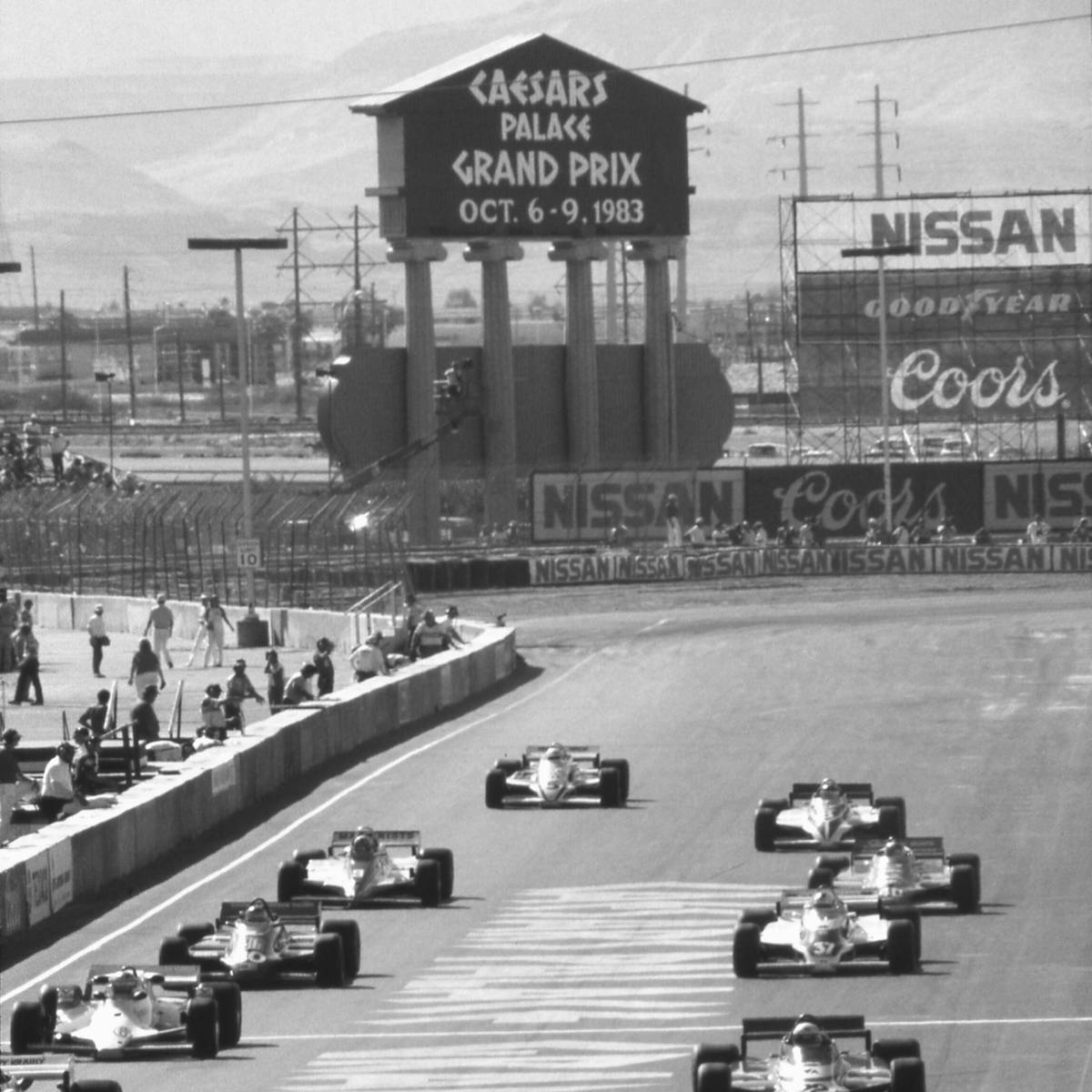 The new head of Formula One says Las Vegas remains in the mix should the globe-trotting auto racing circuit add a U.S. race to its schedule.

“I cannot say today whether Vegas is better or worse,” Domenicali said about F1’s U.S strategy and if Miami still had the inside track. “What I can say is that the focus (for adding U.S. races) is definitely there.”

Las Vegas hosted two grands prix on a temporary circuit in the Caesars Palace parking lot during the 1980s, and it seems these rumors about F1 and the city have been going on since the dawn of the combustible engine.

But last year’s U.S. Grand Prix scheduled for the Circuit of the Americas in Austin, Texas, was one of 13 F1 races canceled by COVID-19, which also lapped the local tourism industry. Formula One has massive worldwide TV ratings and a well-heeled fan base whose disposable income would provide the city with a major shot in the arm.

At least when the city fully reopens.

■ Rich Rose, former president of Caesars Sports World, said for every specialty sporting event the company brought to Las Vegas — such as Formula One and the Rangers vs. Kings outdoor hockey game in 1991 — there were several that didn’t make the cut.

Recalls Rose: “David Stern (former NBA commissioner) and I were both flying to Miami, I introduce myself, very deferential, we’ve been talking about this idea, we think it’s great, we want to promote the NBA. He looked at me and said, ‘That will never happen under my watch’ and walked off the plane.”

(1990) Michael Jordan being interviewed by Roy Firestone regarding the one-on-one game vs Magic Johnson being set up. The NBA didn't want it to happen and MJ talks about some of his own reservations about it w Roy. It never took place 📺🏀 #JumpmanHistory h/t @TJDhoops pic.twitter.com/MiHJLcUocw

■ Wayne Nunnely’s UNLV football teams were the first I covered in Las Vegas. When he died this past week at age 68, I knew the night he dressed up as a player to inspire the Rebels to a victory over UNR would be included in the tributes and eulogies.

Here’s a little backstory: Nunnely wore No. 27 that night instead of 24, his jersey number as a Rebels player. Bryan Burnside, a linebacker from Huntington Beach, California, wore 24 during the 1987 season. They could have switched jerseys but did not.

Perhaps it was just coincidence. But anybody who knew Wayne Nunnely knew he was a kind, decent and selfless man who would never ask a favor from a player to promote himself.

So Burnside wore 24 that night. It was the only season he lettered at UNLV.

Wayne Nunnely is the only Rebel player to become head coach and one of the 1st Black head coaches in CFB. He was also a kind, classy gentleman who will be missed. (Yes, he wore a uniform once on the sidelines and yes, he's posing with a dinosaur) #RIPCoachNunnely pic.twitter.com/caDbf80YyZ

■ An email inquired about the kind of players Nunnely developed at UNLV. I immediately replied Keenan McCardell (Ickey Woods also played for him but had been recruited by Harvey Hyde).

McCardell, a wide receiver from Houston who many thought was too slow or too skinny, played 17 seasons in the NFL, during which he caught 883 passes for 11,373 yards despite being a 12th-round draft pick. He was a two-time Pro Bowl pick and two-time Super Bowl champion.

McCardell was so grateful to Nunnely that in 2003 he returned to UNLV to present former Rebels quarterback Jason Thomas with an award named for his former coach — the Wayne Nunnely Outstanding Contributor Award.

BCPTBT: Keenan McCardell went to Waltrip High in 1987 sign with UNLV out of high school he left UNLV as the all time leading WR got draft it by the Redskins 1991 in 12th round won two Super Bowl rings and two Pro Bowls HOF career! @ProFootballHOF pic.twitter.com/ADdWeycYWt

Caption under a photo of legendary former Raiders quarterback and kicker George Blanda, the oldest man to have played in the NFL at age 48, on the popular Super 70s Sports Twitter account:

“George Blanda once dropped back for a pass, killed two redcoats with his musket, then completed a 20-yard post route to Fred Biletnikoff. Good protection.”