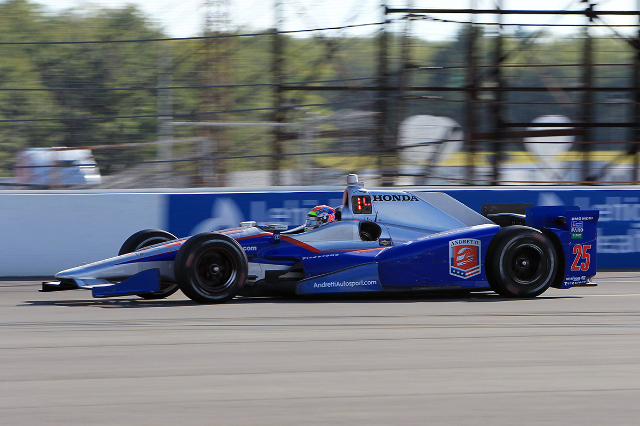 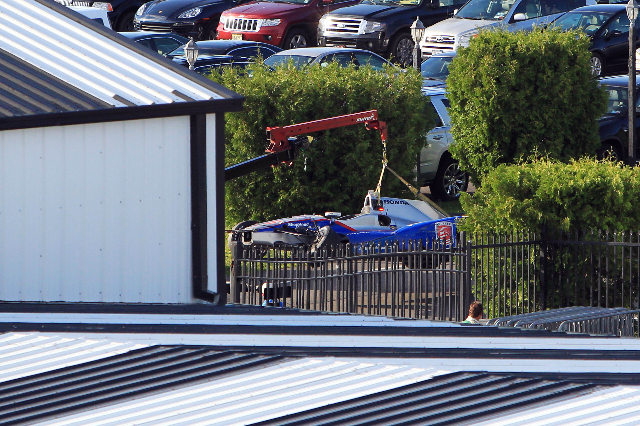 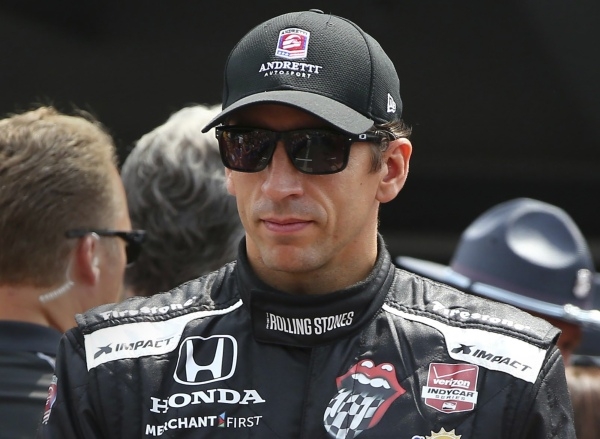 Justin Wilson, shown before the Indianapolis 500 on May 24, died Monday after a crash in an IndyCar race Sunday in Long Pond, Pa. He was 37. MARK J. REBILAS/USA TODAY 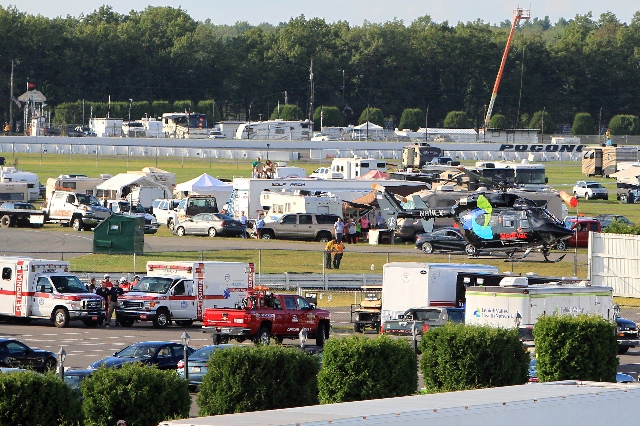 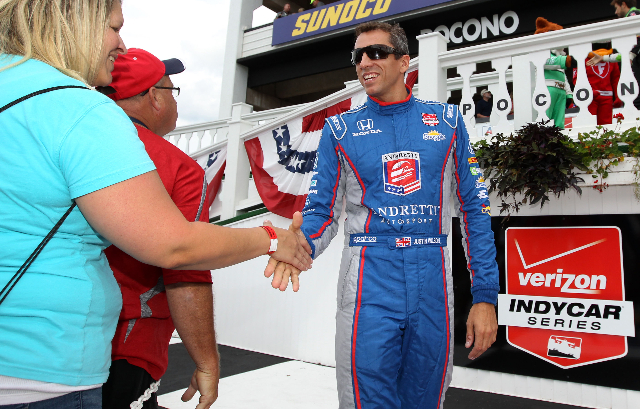 During the 1964 Indianapolis 500, after a popular driver named Eddie Sachs was killed during a crash, broadcaster Sid Collins delivered a poignant on-air eulogy. It said, in part, we are all speeding toward death at the rate of 60 minutes every hour, with the only difference being that we don’t know how to speed faster, and Eddie Sachs did.

Whenever somebody dies behind the wheel of a racecar, I think of Sid Collins’ profound words.

I thought of them Oct. 11, 2011, when Dan Wheldon, a two-time winner of the famous 500-mile race in the Heartland, was killed in a fiery 15-car pileup at Las Vegas Motor Speedway. I thought of them again Monday night, when the sports ticker confirmed that Justin Wilson, another popular driver from England, died after being struck in the helmet by flying debris during the closing laps of a 500-mile race at Pocono, Pa.

I thought of a text I had received from my auto racing pal, Charlie.

The message was dated Sat., 05/23/2015, 6:45 p.m. I had to scroll through three months of texts about the turbocharged Offenhauser engine and the fallibilities of the Chevy aero kit to find it.

He did not win it.

He did not have fresh tires.

But that my pal Charlie predicted the affable Englishman might win the world’s most famous automobile race said a lot about his ability to drive a racecar, because my pal Charlie knows a lot about auto racing. He saw Jackie Stewart drive at Watkins Glen.

Justin Wilson was fast. He won seven races after coming over from Formula One, most while driving inferior equipment. It easily could have been eight. In the last race before the tragic one, he battled Graham Rahal for the victory in the closing laps before backing off and taking second.

Afterward, Wilson said young Rahal was racing for the series championship and he wasn’t, and so that seemed like the sporting thing to do, rather than risk a crash that might take them both out. That’s just the sort of guy Justin Wilson was.

And so when Wilson’s brother, Stefan, also a racecar driver, posted a Twitter message Tuesday that said his big brother had donated his vital organs — and that six people would be receiving a second chance at life because of it — it did not come as a surprise because, again, that’s just the kind of guy Justin Wilson was.

Right, because if anybody should know about these things, it is the CEO of the Nevada Donor Network, a man who has lived with a transplanted heart since 1986 — a man whose poignant story of receiving that heart, and the gift of life, recently was told in an “E:60” segment on national TV.

“He’ll be a hero to these people for the rest of their lives,” Keith said.

(You can be a hero, too. Next time you are at the DMV, tell them you want to be an organ donor. Or, just click on NVdonor.org and register. It’s a lot faster than standing in line at the DMV.)

Justin Wilson was 37 years old, but his best days as a racecar driver probably were yet to come.

He had landed a part-time drive with Michael Andretti’s powerhouse team, which was supposed to be for only two races. But after Wilson qualified on the second row at Indianapolis and raced to the front, Andretti entered him in four more races. Mario’s son was seeking additional sponsorship so Wilson could drive the entire season for him next year.

But then there was a crash in the Pennsylvania hills not far from where the Andrettis are from, and racecar parts were flying through the air, and the racing gods weren’t there for affable Justin Boyd Wilson of Sheffield, South Yorkshire, England.

NASCAR was racing in Bristol on Saturday night. Perhaps the racing gods couldn’t get out of Tennessee in time.

And now nerves are frayed (again), and knees are jerking (again), and they’re talking about drivers speeding around the track in Plexiglas bubbles, because speeding toward death at the rate of 60 minutes every hour is fast enough.