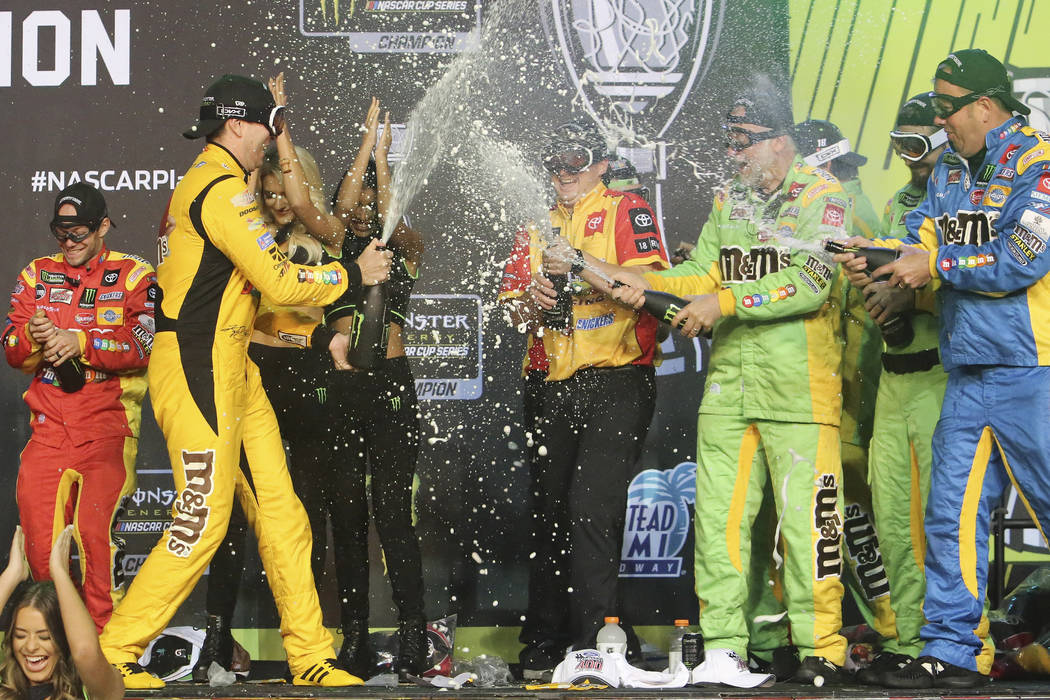 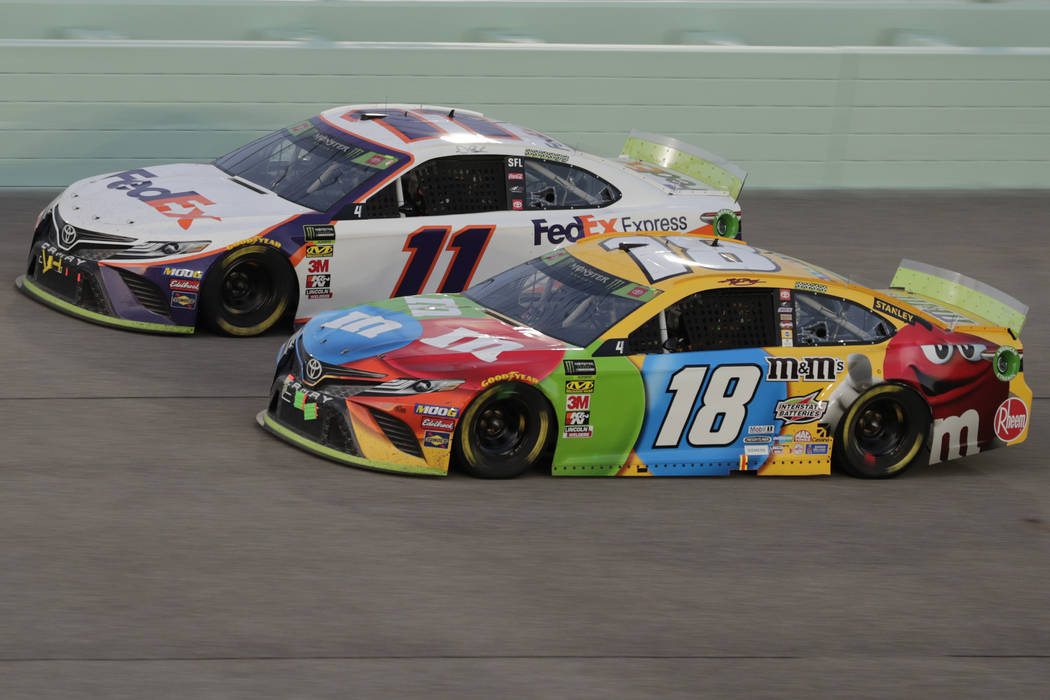 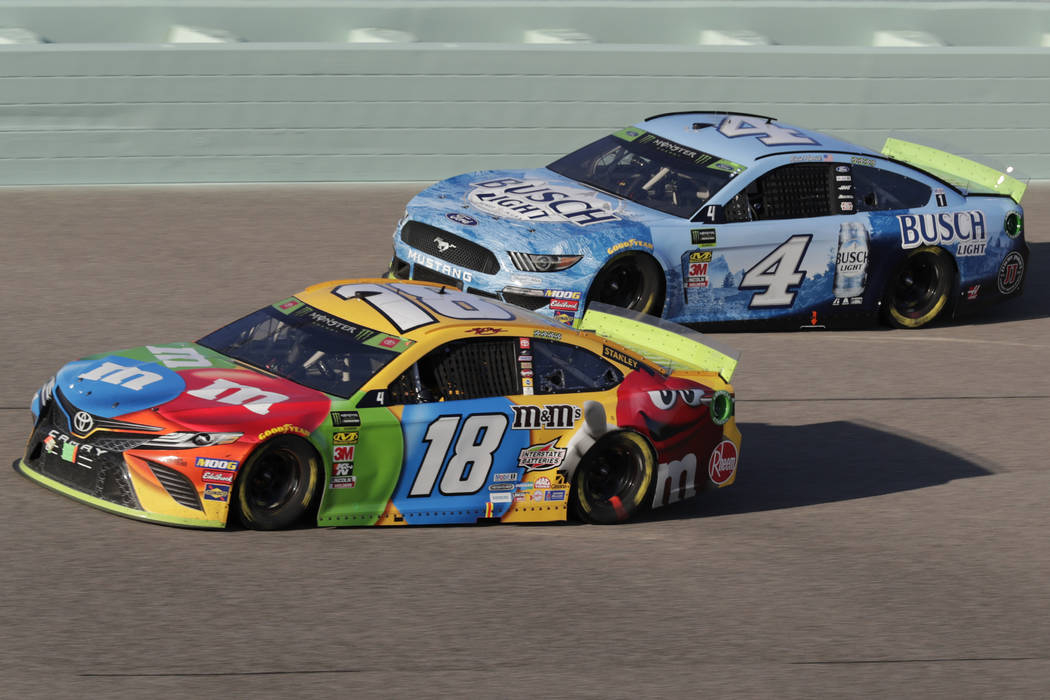 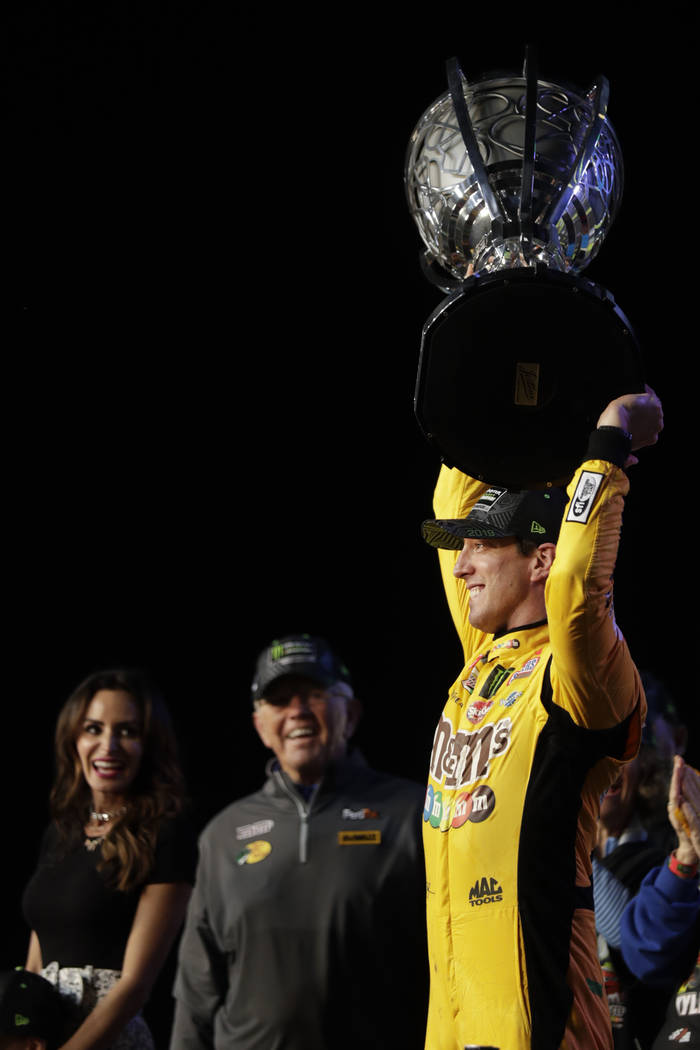 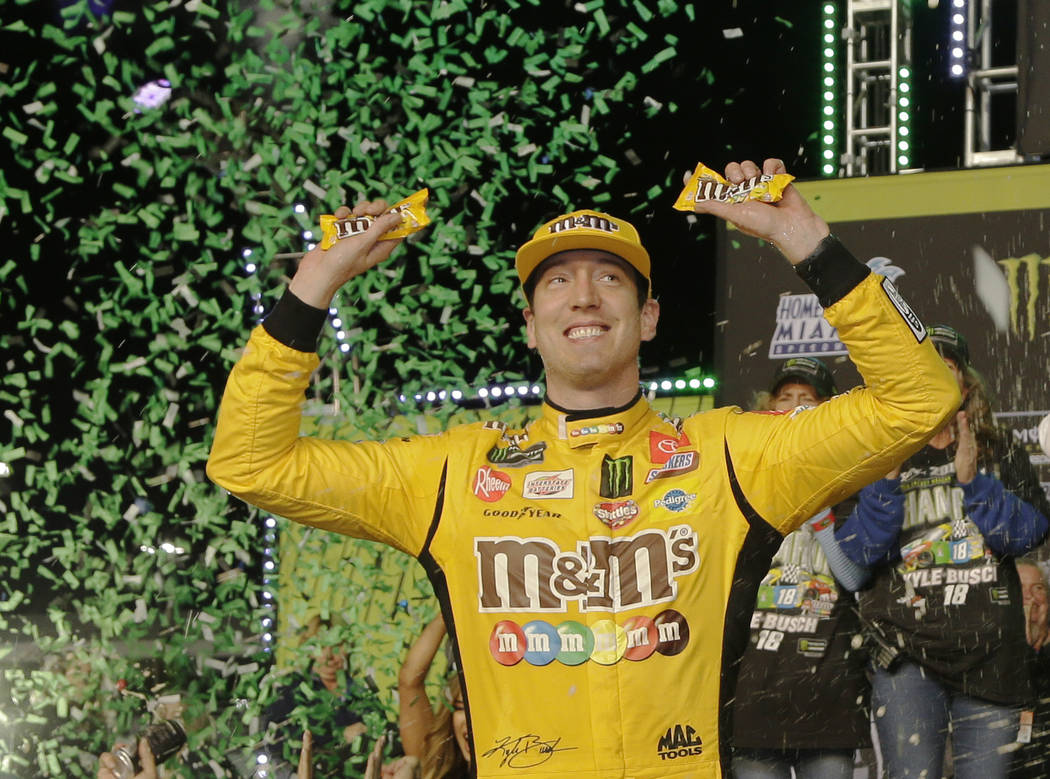 It was almost 10 on Tuesday morning, and Kyle Busch was running late — something of which he rarely is accused on the racetrack.

The lead-foot from Las Vegas was in New York City doing the talk shows after winning his second NASCAR championship Sunday, and you know how long-winded those “Good Morning America” guys can be. Ditto for sports talk hosts who refer to themselves as Mad Dog.

It was shaping up as a hectic day that probably wouldn’t yield much time for sinking in — the reflection process that those who achieve monumental success say must occur before they fully can appreciate its magnitude.

It’s also difficult to let success sink in when taxi drivers are honking horns, questioning your ancestry and making hand and finger gestures. Though trying to put a lap on Ryan Newman sort of prepares one for it.

“When I was there the first time in 2015, it was so exciting and you’re kind of overwhelmed by it,” Busch said roughly 36 hours after besting Joe Gibbs Racing teammates Martin Truex Jr. and Denny Hamlin and interloper Kevin Harvick from the Stewart-Haas Racing team to earn stock car racing’s biggest prize. “Everything is a blur, and it sort of goes by so fast.

“So this time, I tried to handle it a little differently and take it all in and soak it up — my wife (Samantha) was there, and my son (Brexton) was there, and being able to kind of see it and understand it in his eyes was pretty cool. Definitely an awesome moment.”

His big brother, Kurt, also was on hand. But as driver of the No. 1 car eliminated from championship contention after the first playoff round, Kurt Busch’s attendance at his brother’s coronation was more or less mandatory.

Kyle B. seemed happy to be doing another interview, and here you thought Trevor Bayne winning the 2011 Daytona 500 was an upset. He spoke pleasantly and of his own volition, not because he feared being fined by NASCAR — what he said repeatedly and to an almost humorous effect after a slower car got in the way of his No. 18 Toyota in the September playoff race at Las Vegas Motor Speedway.

Before he would halt a 21-race winless streak on stock car racing’s biggest stage, he told reporters that if he won the title from the position of mild underdog he was going to be more of a happy camper than those flying his flag from their Highlanders and Land Cruisers in the Homestead-Miami Speedway infield.

“For at least the first 10 minutes,” Busch said sardonically.

A day and a half after beating Truex to the checkered flag, Busch still seemed pleased and continued thanking auto racing people: Crew chief Adam Stevens, car owner Gibbs, his sponsors, Rowdy Nation (his loyal fan base) and Truex’s pit crew, which mistakenly slapped right side tires on the left side of the No. 19 car and left sides on the right, paving the way for Busch to win.

He also thanked people in Las Vegas who have supported him, both through the years and at the beginning of what is destined to be a Hall of Fame career.

“For sure, Jerry Spilsbury,” said Busch, who became the second active driver to win multiple Cup Series championships. “He was the main guy that helped me, gave me a shot in his Late Model (car). The first time out, I wrecked it. I had to fix it, and it took about four months. Not the way I wanted to start out.”

It had been almost 20 years, but Busch rattled off the names of the local weekend warriors as if he were making a Saturday night grid walk: Dick Cobb, Donnie Williams, Mark Allison — “I still see him every once in a while, he was the old Swensen’s Ice Cream guy. Those are the guys I remember who gave me the itch to be a race car driver,” Busch said.

At 34, there’s still a lot of scratching to be done.

Richard Petty, Dale Earnhardt and Jimmie Johnson have won seven championships each. Busch has two despite qualifying for NASCAR’s final four in five of the six seasons since the format was adopted. And he’s yet to win the big one at Daytona.

“Nope, nope, haven’t given it one thought,” Kyle Busch said of mountains yet to climb as he cruised around the concrete canyons of Times Square, letting it all sink in.