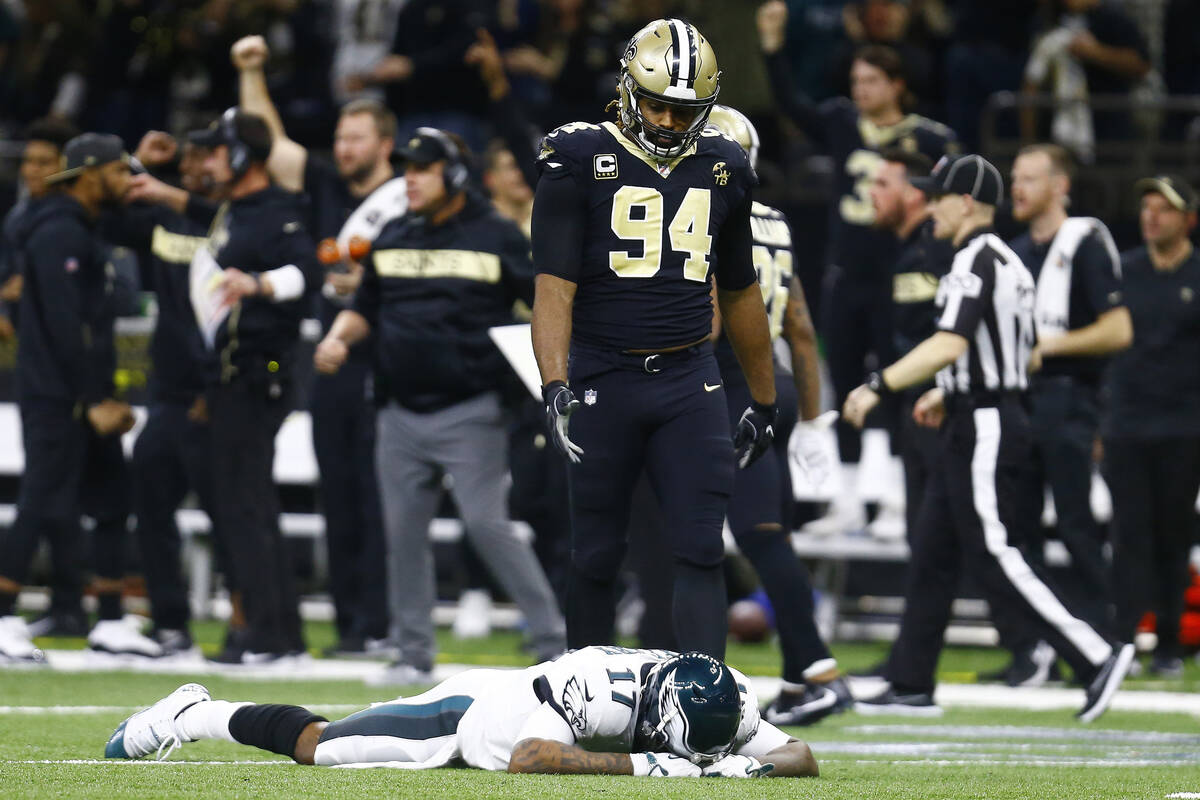 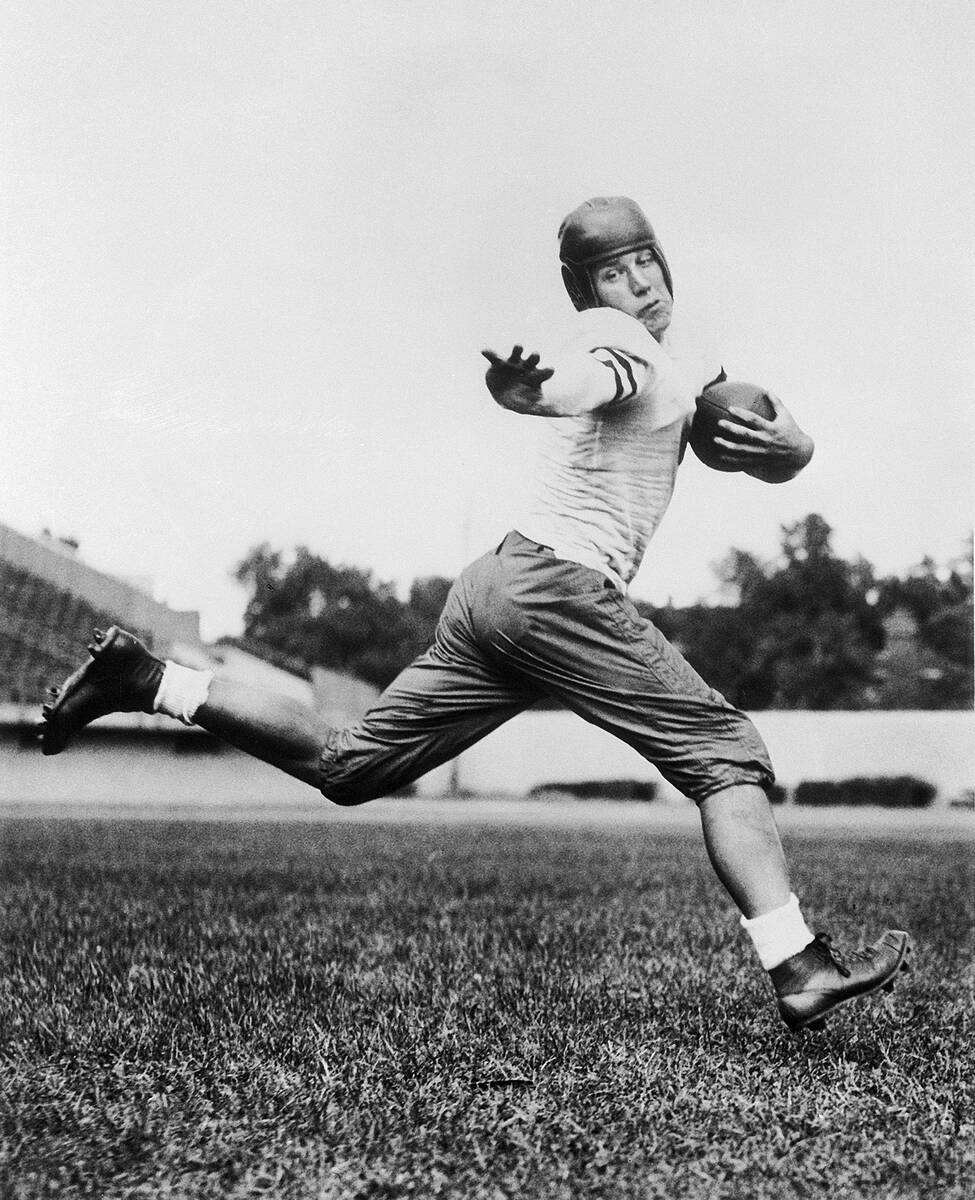 In this 1934 file photo, University of Chicago halfback Jay Berwanger is shown in the action pose that served as the model for the Heisman Trophy. In the early days of the NFL, college football was king and playing the game professionally was not necessarily something players aspired to do. (AP Photo/File) 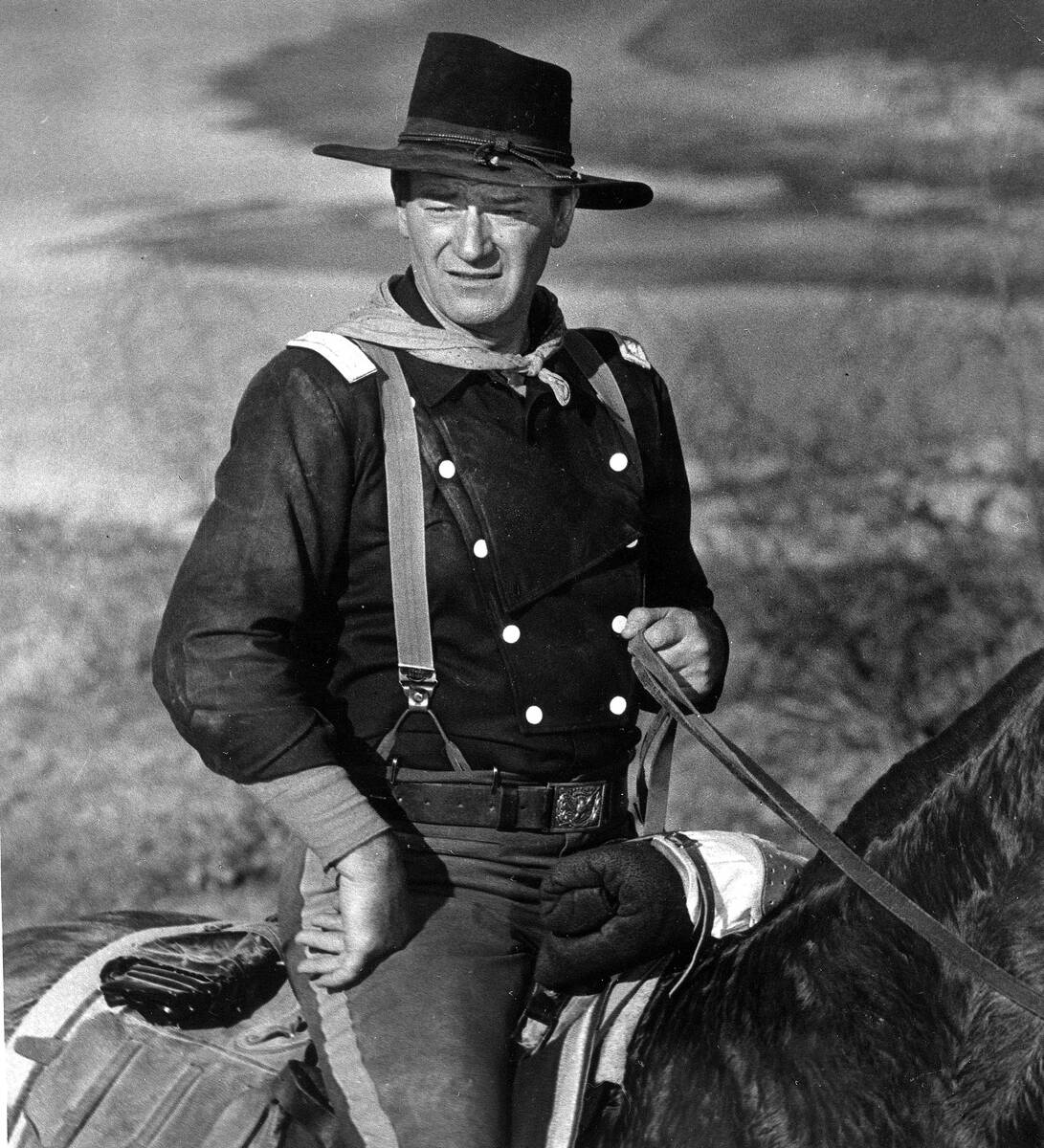 John Wayne is shown during the filming of "The Horse Soldiers." (AP Photo)

During their brief but colorful Canadian Football League history, the Las Vegas Posse had a linebacker from Mississippi State named Derrell Robertson who died in an automobile accident about a month after their only season in 1994.

That tragic incident didn’t preclude the Ottawa Rough Riders from selecting Robertson with their fourth pick in the dispersal draft.

It happened again the following year. The Montreal Alouettes selected James Eggink in the CFL’s regular player draft, only to learn the defensive end had died of cancer.

Nothing like that has occurred in the NFL draft where obituaries apparently are scoured along with 40-yard dash times. But if you think the CFL’s pigskin brother with the big shoulder pads has been devoid of strange but true happenings on draft day, think again.

They started with the first pick of the first draft in 1936.

Heisman Trophy winner Jay Berwanger was selected by Philadelphia and traded to Chicago. But he decided to take a job with a rubber company rather than play football. Believe it or not, the NFL didn’t pay enough in those days.

In 1995, Brigham Young offensive lineman Eli Herring wrote to every NFL club saying don’t bother wasting a draft pick on me. He had no interest in playing on Sunday because of religious reasons.

The Raiders refused to take no for an answer. They selected Herring in the sixth round and offered him a three-year contract that Herring declined, citing a higher authority than even Al Davis.

“I just decided that I would be better off in the long run if I obeyed His desires,” Herring said. “Though a couple of hundred thousand dollars sure would have been nice.”

The Raiders also drafted “Rocket” Ismail in 1991, despite the Notre Dame star already having committed to the CFL’s Toronto Argonauts, where he made more money.

That time it worked out.

When Argos owner Bruce McNall ran into financial problems, Ismail took his talents to a shorter, narrower field and signed with the Raiders.

In 2011, the Browns were on the clock when they tried to call Jordan Cameron, a tight end from Southern Cal, for biographical information. Only to have Cameron Jordan, a defensive end from Cal, pick up the phone.

Sorry, Cameron Jordan said. He had already been drafted by the Saints. “I think you mean Jordan Cameron. That’s not me.”

Man for all seasons

Can you name the player who was selected first in the NBA draft and last in the NFL draft in the same year?

Athletic Jimmy Walker of Providence was taken first by the Pistons and last by the Saints in 1967 despite never having played a down of football.

Walker made the NBA All-Star team twice and tallied 11,655 points but never scored a touchdown.

As alluded earlier with dead guys being selected north of the border, news sometimes traveled slowly on draft day before the advent of social media.

In 1944, the Eagles tabbed Syracuse fullback Norm Michael in the 18th round. He didn’t find out about it until 1999 when he saw his name among a list of all-time Syracuse draft picks.

Unbeknownst to the Eagles, Michael already had signed with the U.S. Army. No affront to the Green Bay Packers and New York Giants, who played in that year’s NFL championship game, but he was off fighting in a bigger war.

“The Duke” not only is an inscription on the NFL game ball (an homage to the nickname of former Giants owner Wellington Mara), but also was a draft choice.

But these two Dukes were not related.

With the final pick of the 1972 draft, Atlanta selected Marion Morrison, an offensive lineman from Southern California.

Morrison was better known as actor John Wayne. The Duke was 65 years old in 1972.