I waited in the backyard with my 30-year-old Rawlings PM5 fielder’s glove while my 9-year-old son, Jonah, at my suggestion, bolted upstairs in search of the mitt I’d recently bought him.

In 1955 in Lubbock, Texas, it had been a crisp, sunny day when my team, the Scappers, had beaten the Rockets 3-2 in an extra-inning Little League game.

I threw the ball hard that day. My teammates chattered “You got him, Babe. You’re in charge.”

The memory intensified my desire to play ball. I wished Jonah would hurry …

— A Game of Catch, “Chicken Soup for the Baseball Fan’s Soul”

March 26 seemed a bit early to be playing baseball games that counted in the standings. But Thursday was supposed to be opening day in the major leagues.

There were 15 games scheduled in 14 immaculately groomed ballparks, and one in Oakland. Lots of root, root, rooting for the home team. Even in Houston, where the Fighting Trash Cans were to host the Angels.

Now there is only a pandemic virus threat, and opening day stories that never will be written.

It didn’t actually happen on opening day, but this seems like the perfect time to tell it.

In the summer of 1977, Mike Guerra played baseball for a team of college all-stars based in Rapid City, South Dakota, that was hitting cutoff men and throwing high, hard ones in the National Baseball Congress’ championship tournament in Wichita, Kansas.

One of his teammates was Tim Wallach of Cal State Fullerton, who would spend 17 seasons in the big leagues and hit 260 home runs, most of them for the Montreal Expos.

Guerra, whose father, Manny, was a major league scout, recalls going for a walk with Dan Hanngie, another Fullerton prospect who was drafted by the White Sox in the fourth round. They stopped in a little antique shop rife with second-hand treasures.

“I saw this display case where they had all types of old baseball gloves,” said Guerra, who would be selected in the 17th round by the Seattle Mariners in 1978.

One of the old gloves looked and smelled brand new, he said. Guerra tucked that one under his arm. Dan Hanggie also bought a glove, he said.

“Don’t even know what I paid for it,” Guerra said.

The glove was tiny by today’s standards. It had only three stubby fingers. There were instructions emblazoned on the back of one: PLACE TWO MIDDLE FINGERS IN THIS SECTION.

It was a Rawlings PM5. A Hank Bauer personal model. (Hanggie’s was a Duke Snider, and it appeared more broken in.)

Bauer was a star outfielder for the Yankees who broke into the majors in 1948. His signature is on the pocket.

If you do the math, the stubby, three-fingered glove bearing his autograph is probably around 70 years old.

When Guerra brought it home to Las Vegas from the Black Hills, he pounded the pocket with his fist a couple of times before placing the glove back in the plastic bag and then into his father’s safe.

Where it sat, virtually untouched, for the past 43 years.

Manny Guerra spent 31 years as a St. Louis Cardinals scout and 56 years coaching youth baseball in Las Vegas. He died last summer at age 88. Mike Guerra, 63, recently was going through his father’s belongings in the safe.

Mike’s eyes lit up like they used to for a hanging curveball.

“Oh, my goodness, there’s the glove!”

It was still in the plastic bag from the second-hand store in Wichita.

“I knew it was there. I had seen it in years past when I was going hunting with him, and we’d get the guns out,” Guerra said. “I had stuck my hand in it a couple of times. Never caught with it. Never had a ball in it.”

Probably never will, he said.

If they ever make a sequel to “The Natural” he could probably sell it to Hollywood for a hefty price. The glove looks just like the one Robert Redford used in the original movie, except it’s right-handed.

But Guerra said the like new old glove is not for sale. He’ll probably just hand it down to his kids.

Perhaps it will spark a pleasant memory on opening day, or on any day, really, as it did recently for Mike Guerra. A pleasant memory shared by a father and son. The next best thing to playing catch with one’s old man, when Pops is no longer around as a battery mate.

“I remember him looking at it when I brought it home, and he’d say ‘This was back when guys actually had to use their hands to catch the ball,’ ” Mike Guerra said of the stubby, three-fingered glove bearing Hank Bauer’s signature.

“I can remember my dad saying that.” 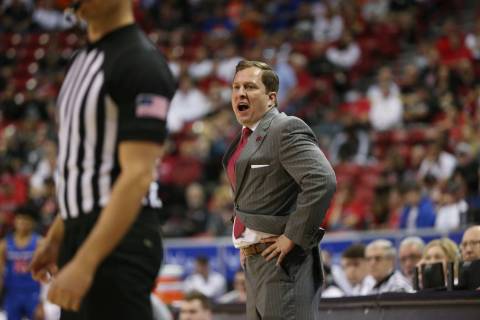 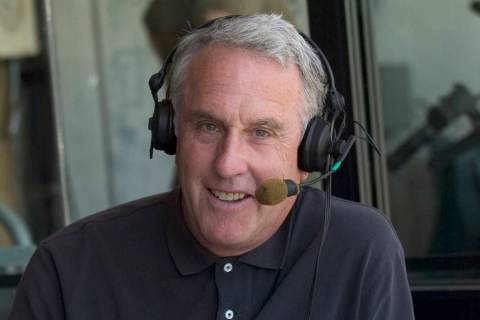