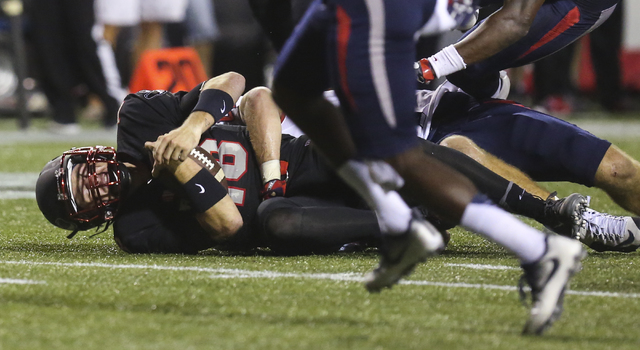 There are four of them; three are buddies who met playing football at Campbell Hall High, a private school nestled among trees between Laurel Canyon Boulevard and the Ventura Freeway in the Studio City section of Los Angeles. It’s the same school that produced the Olsen twins and director Paul Thomas Anderson, who financed his first movie with money he won gambling.

I spoke to three of the buddies Friday. They are about 30 years old now. Two went to Cornell; one played football for the Big Red. They have jobs in the entertainment industry, in the investment banking industry, in real estate and so forth.

One recently became a father. The one called Preston, who had played Ivy League football against Harvard and Yale and Princeton, et al, would give his first name only. Another one wished to remain anonymous, because like Paul Thomas Anderson, the four buddies recently had won some money gambling.

They sounded like a million dollars. Or close. Justin Green, Andrew Leff, Preston and the other buddy who resides in the Boston area sounded like $736,575 — the amount of money they earned for winning this season’s Westgate Las Vegas SuperContest for picking NFL winners.

They were speaking on a conference call that Green, who also attended Cornell and has been serving as de facto spokesman for the betting buddies, had set up. Guys who went to Cornell don’t have any trouble patching you through on a cellphone conference call.

To say these guys won the SuperContest is putting it mildly. They won it by going 64-20-1 against the spread, which is 76 percent, which is unheard of, and a record.

This was like winning the Indianapolis 500 by two laps. This was the 2001 Mariners, who won 116 games and lost 46. But as awesome as Seattle was, it won only 72 percent of its games. These guys won 76. And these guys did not choke in the playoffs.

“Astonishing,” was how Jay Kornegay of the Westgate SuperBook put it, channeling his best Chic Anderson.

People may think the four buddies, who entered the contest under the handle CH Ballers — CH for Campbell Hall, Ballers for having lined up together in the prep football trenches — got a little lucky hitting a percentage like that.

“Just because we didn’t have mathematical algorithms doesn’t mean we didn’t spend a lot of time” on handicapping the games, Andrew Leff said.

There was no system per se. Each of the buddies had his own methodology. Power ratings and whatnot. There was no flipping of coins in a bathroom like Matthew McConaughey in “Two for the Money.”

The Cornell guys may have dabbled in mathematical algorithms.

They would speak early in the week, each revealing the games he liked, and why. These original lists were pared to seven or eight games, and then they would talk again at the end of the week before settling on five picks, per contest rules

They never dreamed of hitting 76 percent of their selections.

“That’s not a number you throw out,” Justin Green said.

They led the SuperContest for its final 10 weeks, so Green said it would have been a shame if CH Ballers lost at the end.

Unlike the 2001 Mariners, they did not lose at the end.

They needed only to pick two of five winners last weekend, and then they didn’t even have to hit those. Their selections and their closest pursuer’s picks were the same, canceling each other out.

Were there bad beats? Only one. The Ballers had the Titans against the Browns in early October. The Titans led 28-3 in the second quarter. The Browns won, 29-28.

There are times when a Cornell education and mathematical algorithms will take you only so far when Brian Hoyer lapses into an unconscious state and starts finding his receivers. Then you might as well be Matthew McConaughey flipping coins in the bathroom.

Leff said he and the buddies are hardly neophytes when it comes to betting against Cleveland, and betting on sports in general. On a 1-10 scale, I asked, with one being the guy in the Super Bowl office pool and 10 being Edward Norton in “Rounders,” where would he place himself and the group?

We were speaking about a half-hour after Houston had rallied from a 31-6 deficit, scoring 29 points in the fourth quarter to stun Pittsburgh 35-34 in the Armed Forces Bowl. When I asked if the buddies had bet the Cougars on the money line, they said they had not.