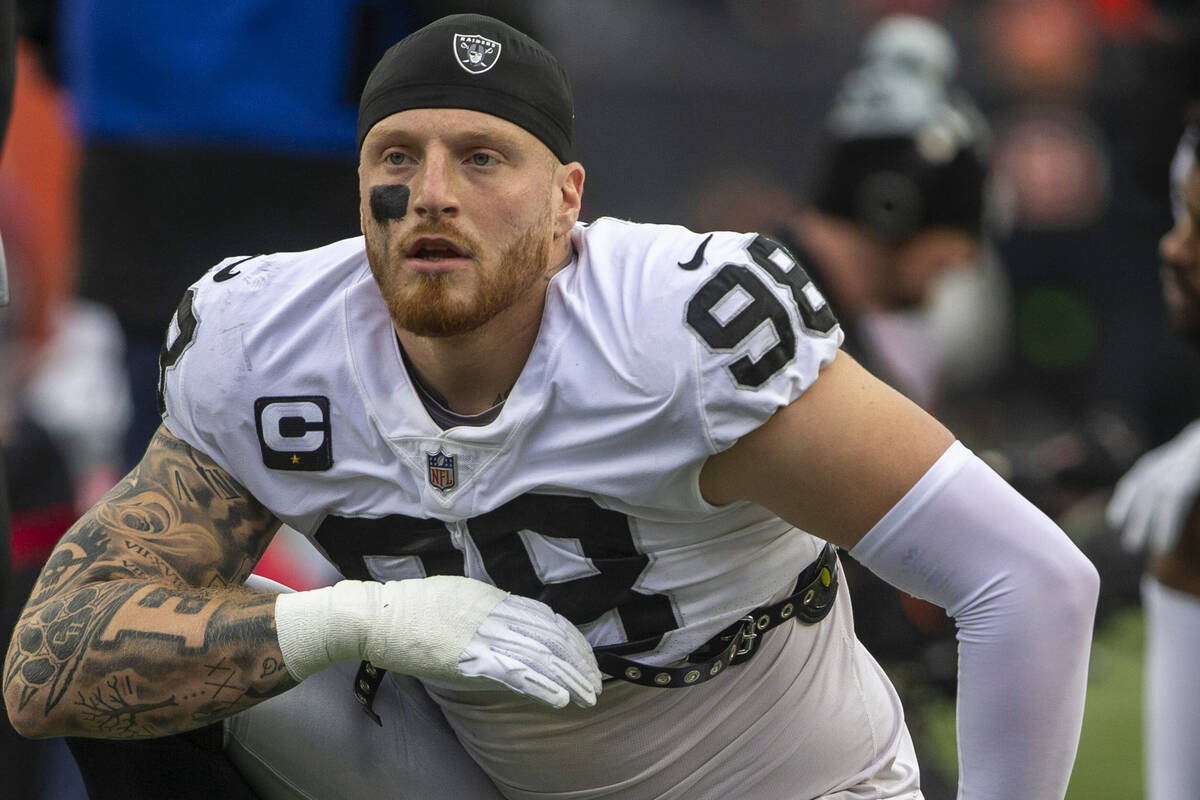 In one of the most dramatic NFL offseasons ever, the Raiders emerged as arguably one of the biggest winners with the addition of All-Pro wide receiver Davante Adams and All-Pro pass rusher Chandler Jones.

Oddsmakers still expect the Raiders to finish last in the loaded AFC West. But bettors are backing the Silver and Black in a big way to win the division and the Super Bowl.

“Our liability to win the Super Bowl is one of the biggest numbers I’ve seen in a while, and we’re not even close to the season.”

The SuperBook already is on the hook for high six figures on the Raiders, down to 30-1 to win it all after being as high as 80-1 before acquiring Adams and Jones.

“We lowered it to 30-1 because we’re trying to slow it down,” Salmons said.

The Raiders are the 7-1 fourth choice to win the AFC West after being as high as 9-1 at Caesars Sportsbook. The Kansas City Chiefs are the +180 favorites at the Westgate, followed by the Los Angeles Chargers at +225 and the Denver Broncos at +250.

“It’s usually not a great combination if they’re No. 1 in tickets and between 35-1 and 50-1. That always creates a large liability,” MGM Resorts director of trading Jeff Stoneback said. “This is unusual to have this many tickets written on a team at this time of the year and this much liability.

“There has been a lot of action on them from locals and a lot of Raiders fans coming from LA.”

Circa Sports also reported taking a lot of money on the Raiders, who are 40-1 there to win the NFL title and 20-1 to win the AFC.

“They hit a home run with Davante Adams,” Red Rock Resort sportsbook director Chuck Esposito said. “He wanted to be on the Raiders and his relationship with Derek Carr, being college roommates, and what he can potentially add to that offense with Hunter Renfrow, Darren Waller and Josh Jacobs.

“And picking up Chandler Jones as well, you can make a case the Raiders’ offseason was as good as any in the league. They added dynamic pieces on offense and defense.”

The Raiders are one of 16 teams with odds of 30-1 or less at the Westgate to win it all. The Tampa Bay Buccaneers are the 7-1 favorites, followed by the Buffalo Bills and Los Angeles Rams at 8-1.

Bettors also have loaded up on Raiders defensive end Maxx Crosby to win the NFL’s Defensive Player of the Year award.

Crosby is 30-1 at the Westgate after opening at 60-1 at Caesars Sportsbook.

“Usually star players who switch teams in the offseason are well-backed. There’s just a buzz about them,” Caesars assistant director of trading Adam Pullen said. “It’s a common thing that people bet on, thinking they’ve got a fresh start or this is a game-changer that will take them over the top.

“You’ve still got to factor in who they’re joining and any changes in scheme. If a player joins a defense with a front-runner for an award like this already, would they be more likely to split the votes? It’s sometimes better off to make the bet on the clear top guy for one defense.”

4
Attendance up at Allegiant Stadium in 2022 for Raiders games