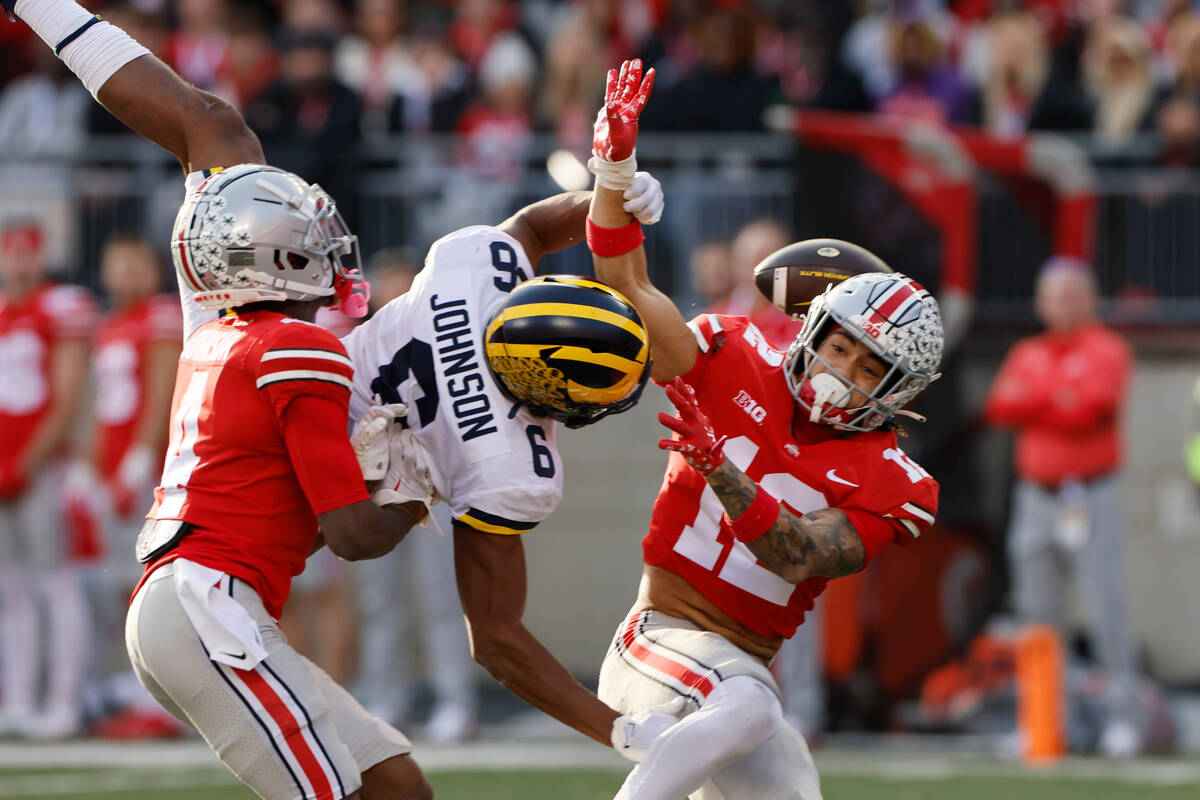 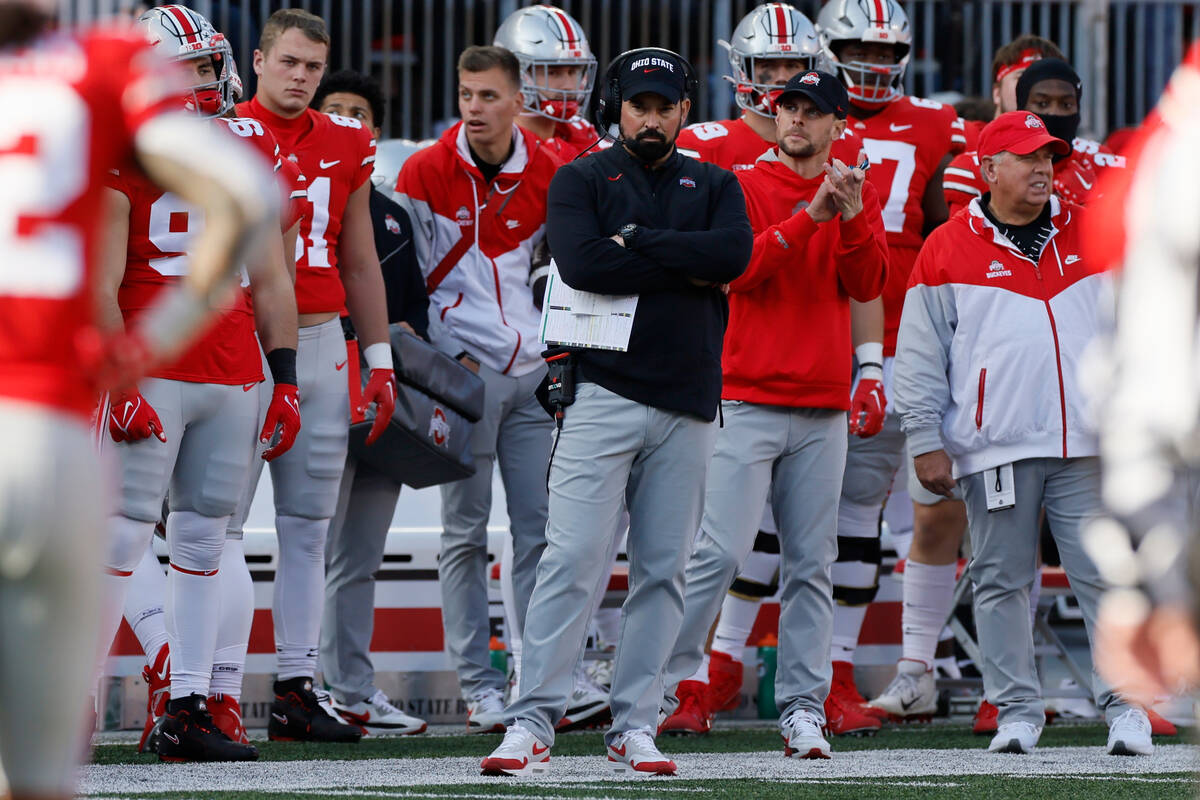 It’s Championship Week, and Ohio State is on the fringe of the College Football Playoff picture, ranked fifth behind Georgia, Michigan, Texas Christian and Southern California.

But the Buckeyes are still the third betting favorite at sportsbooks to win the national title, and bettors pounded them this week at Caesars.

Their odds fell to 14-1 by the end of the day Saturday after losses by Clemson and Louisiana State and to 10-1 on Tuesday after two bettors wagered $10,000 each on Ohio State at 14-1 at about the same time in two different states.

The Buckeyes dipped to +750 at Caesars after they were slotted ahead of No. 6 Alabama in the CFP rankings.

“Those were two well-respected bettors who bet it pretty close together,” Caesars lead football trader Joey Feazel said. “If they get in the playoff, they’d have even lower title odds, so I understand the potential value.

“But it’s out of Ohio State’s hands at this point. It’s in Caleb Williams’ hands. It all depends on how USC does this week. I still think if TCU loses but keeps it pretty close that they’d still be in.”

USC (11-1) is a 2½-point favorite over Utah on Friday in the Pac-12 title game at Allegiant Stadium. The Utes dealt the Trojans their only loss in a dramatic 43-42 win in October.

“If you put up the prop, ‘Would one of them lose?’ Yes is the favorite,” Westgate SuperBook oddsmaker Ed Salmons said. “One of the two figures to lose this week. If USC were to lose, Ohio State would replace them and move up to three and TCU would be four.

“If TCU loses, I still think they’re going to go. The problem is you could just take an ordinary team like Penn State to play TCU and Penn State would be -3.”

But Feazel said Utah is the sharp side ATS.

“The sharps were all over (plus) three when the line got there,” he said.

Salmons, who said the Westgate took a sizable wager on USC from a house player, bet Utah +3.

“USC is going to have a tough game this week. I think Utah is going to give them a hell of a game.”

The Westgate took some sharp money on Georgia -17 over LSU in the SEC title game at Atlanta. The Bulldogs, the odds-on -150 favorites to win the national championship, are now consensus 17½-point favorites.

“I think Georgia’s going to to win it all. Their defense is so good. They just put a stranglehold on the other team.”

Reynolds’ best bet is Purdue +17 over Michigan in the Big Ten title game.

“Unlike last year’s Big Ten championship game where Michigan had an opponent in Iowa that could not throw the ball when they got behind, Purdue should always be live to stay within this number because they can throw the ball as a top 20 FBS passing offense,” Reynolds (@WesReynolds1) said.

”Purdue QB Aidan O’Connell has missed some practice time this week due to the passing of his brother, but his teammates are likely to rally around him. … If the Boilermakers get down early, they are still capable of a backdoor.”