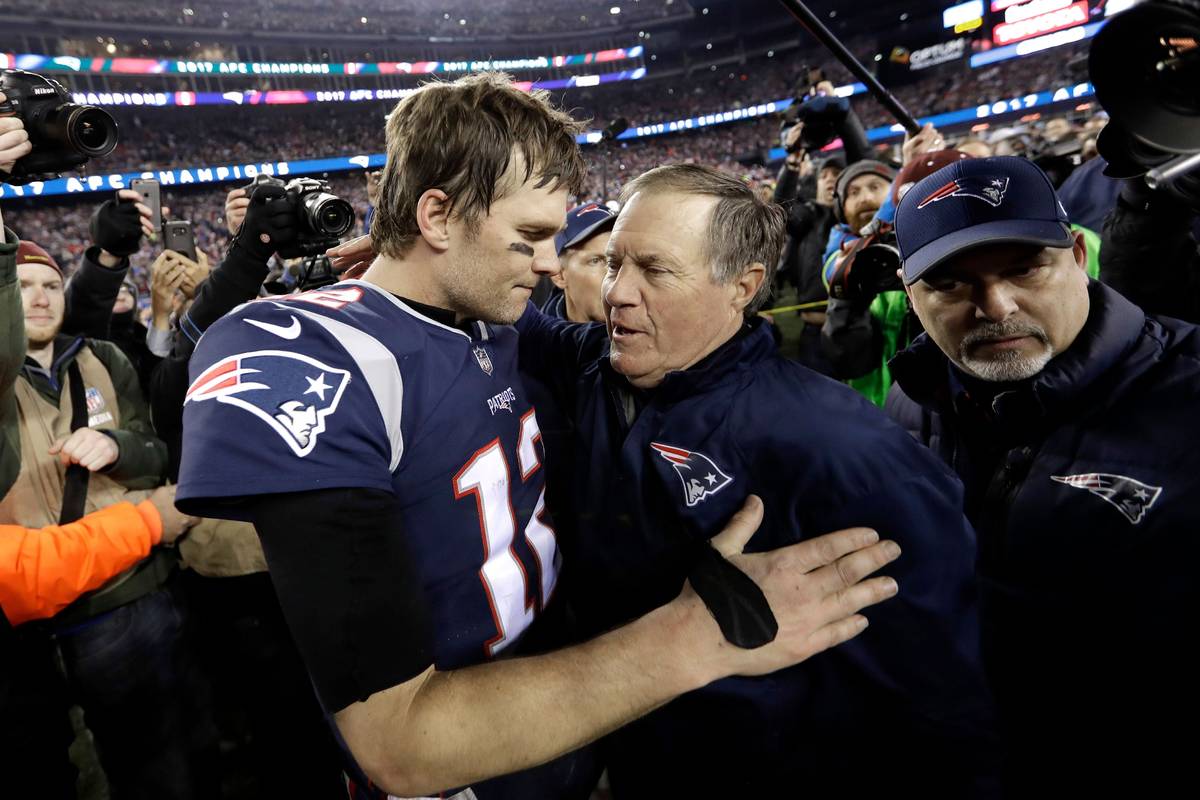 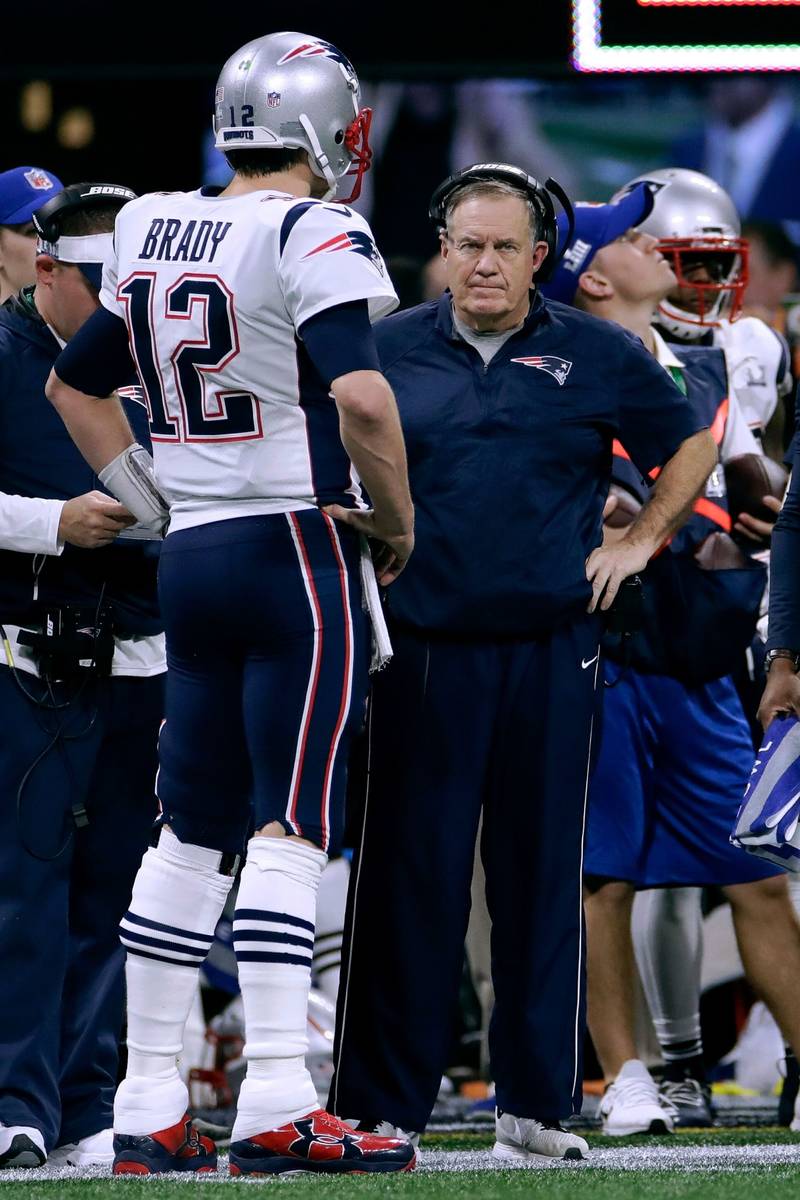 A year after Tom Brady and Bill Belichick’s breakup, the quarterback is living it up with his new flame while the coach is huddled under his hoodie eating ice cream and listening to Adele.

At least that’s essentially the narrative put forth by Fox Sports Radio host Colin Cowherd and Associated Press writer Jimmy Golen, who each recently declared Brady the winner in the “divorce” and debate over who deserves more credit for the New England Patriots’ dynasty.

“This is the biggest landslide in the history of divorces,” Cowherd said. “She upgraded to a superstar; he now lives with his parents.”

Based purely on numbers, Brady wins 2020 and the debate. But we asked a handful of Las Vegas bookmakers and bettors for their take, and the result was a split decision.

At age 43, Brady led Tampa Bay to an 11-5 record in the regular season and two road playoff wins to reach his 14th conference championship game and the Buccaneers’ first NFC title game in 18 years. The Patriots finished 7-9 for their first losing season since 2000, the year before Brady replaced Drew Bledsoe as starter.

Belichick’s coaching record is 311-148, including 31-12 in the playoffs. With Brady as his starter, he’s 249-75 with 17 division titles, nine AFC championships and six Super Bowl wins.

Without Brady, he’s 62-73 with one wild-card playoff win for Cleveland, where he went 37-45 in five seasons. Without Brady in New England, Belichick went 25-28.

“I don’t think you can judge it in one year,” Sunset Station sportsbook director Chuck Esposito said. “There’s no question Brady went to a much better situation and took advantage of that situation.”

Brady joined a Tampa team that was an elite quarterback from making a Super Bowl run and left behind a Patriots squad that was in rebuilding mode after an NFL-high eight players opted out because of the coronavirus pandemic.

“I think people are too vested in the what-have-you-done-for-me-lately camp,” said David Baker, a Connecticut native and lifelong Patriots fan who won the Westgate SuperContest and was runner-up in the Circa Sports Million II with fellow poker pro Mark Gregorich. “You have to look at the totality of Brady and Belichick’s careers. I don’t think the dynasty happens in totality without both of them. Although I do think Brady’s probably more responsible.”

“First off, I believe Belichick is the best coach in football. But I believe players win championships,” Whitelaw said. “If you have a great coach, but he doesn’t have the horses, he’s not going to be as great. It’s almost like the chicken and the egg, which comes first.

”If you said who was more responsible, I would say Brady. But it’s not that clear-cut. If you take Belichick out, they certainly don’t win as many Super Bowls. It was really a fantastic combination. If I had to put a percentage, I might say it was 55 percent Brady and 45 percent Belichick.”

Rynning (@ersports1) said Brady’s dedication and leadership and the evolution of the passing game is “obvious evidence that it’s more the quarterback than the coach in the modern NFL.”

The AFC title game is a perfect example. The Chiefs are 3-point favorites over the Bills, but would be sizable underdogs if Patrick Mahomes is ruled out.

“If Mahomes was 100 percent and Andy Reid didn’t coach, the line might go from 4 to 3½,” Westgate sportsbook vice president of risk Ed Salmons said. “If Mahomes doesn’t play, you’re looking at Buffalo close to a touchdown favorite, a line move of nine points.”

“They needed each other,” Bogdanovich said. “You’ve got to have good coaching and quarterback play. You can’t have one or the other.”

Another chapter in the debate will be written next season when Tampa Bay visits New England.

3
Raiders plan to be prudent but active in free agency