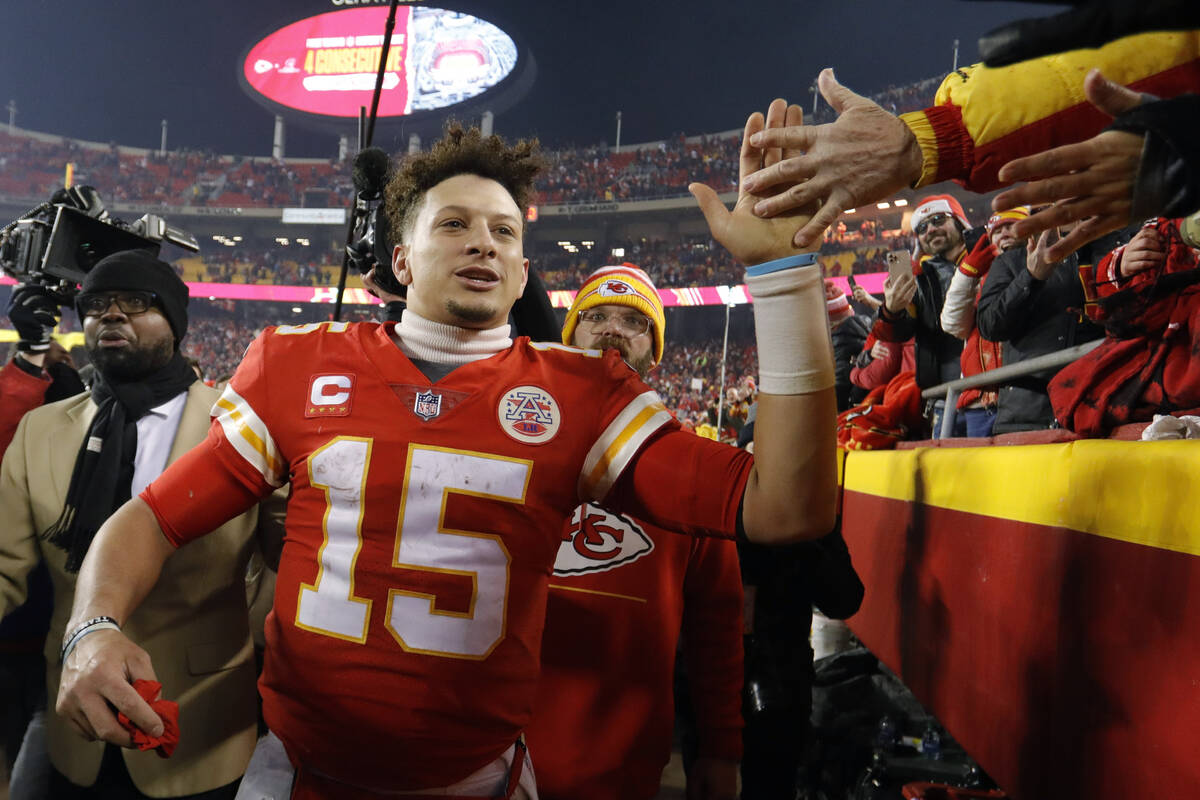 Kansas City Chiefs quarterback Patrick Mahomes (15) celebrates with fans as he walks off the field after an NFL divisional round playoff football game against the Buffalo Bills, Sunday, Jan. 23, 2022, in Kansas City, Mo. The Chiefs won 42-36 in overtime. (AP Photo/Colin E. Braley) 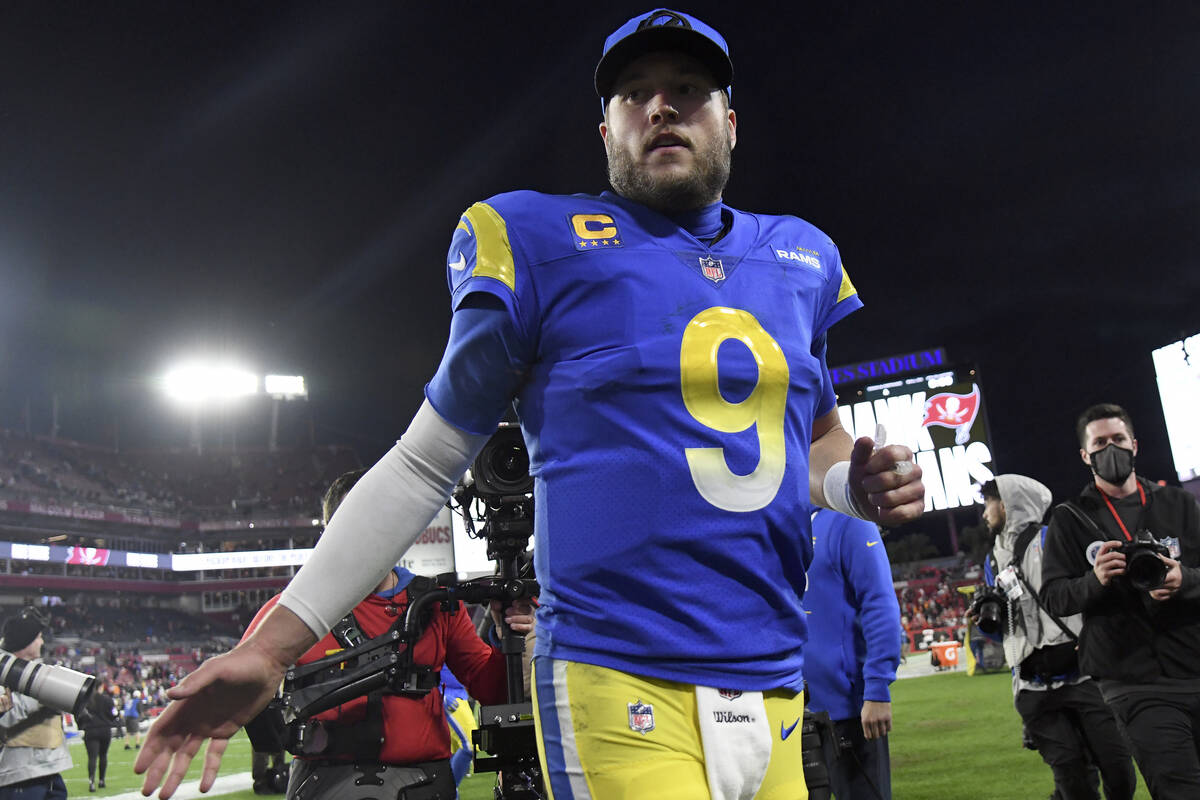 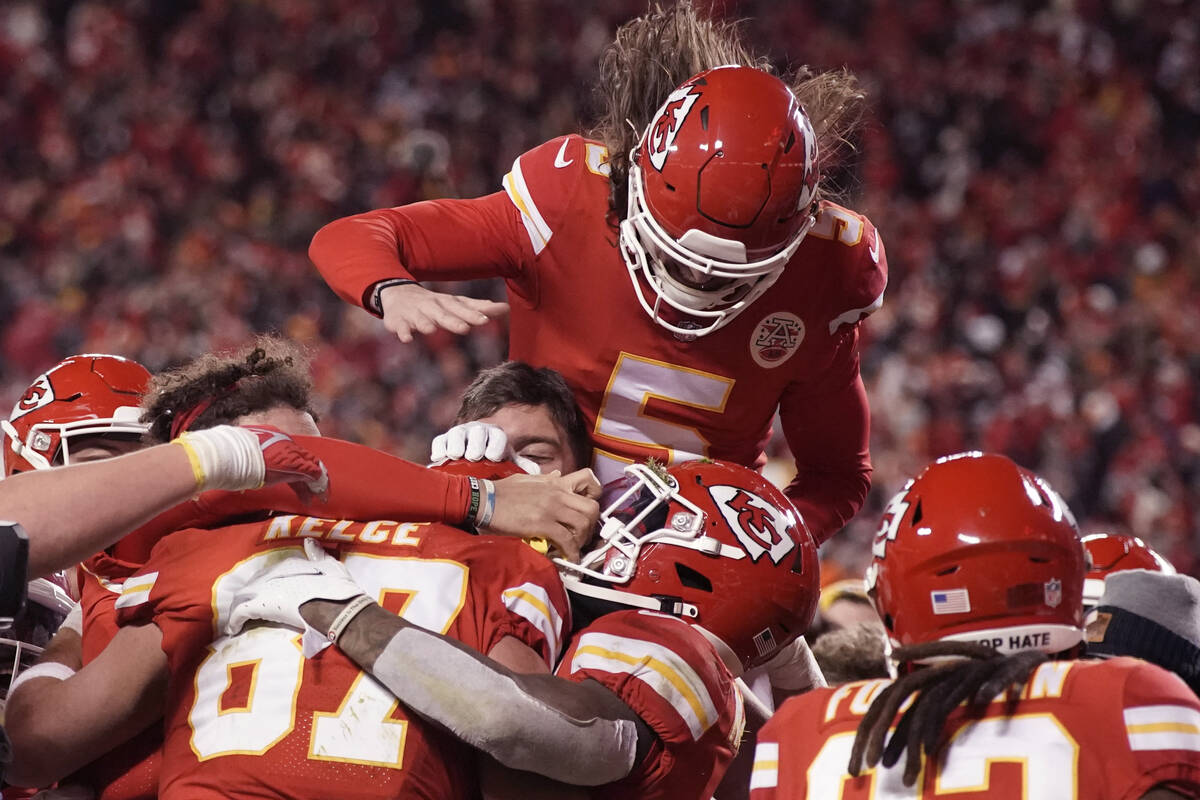 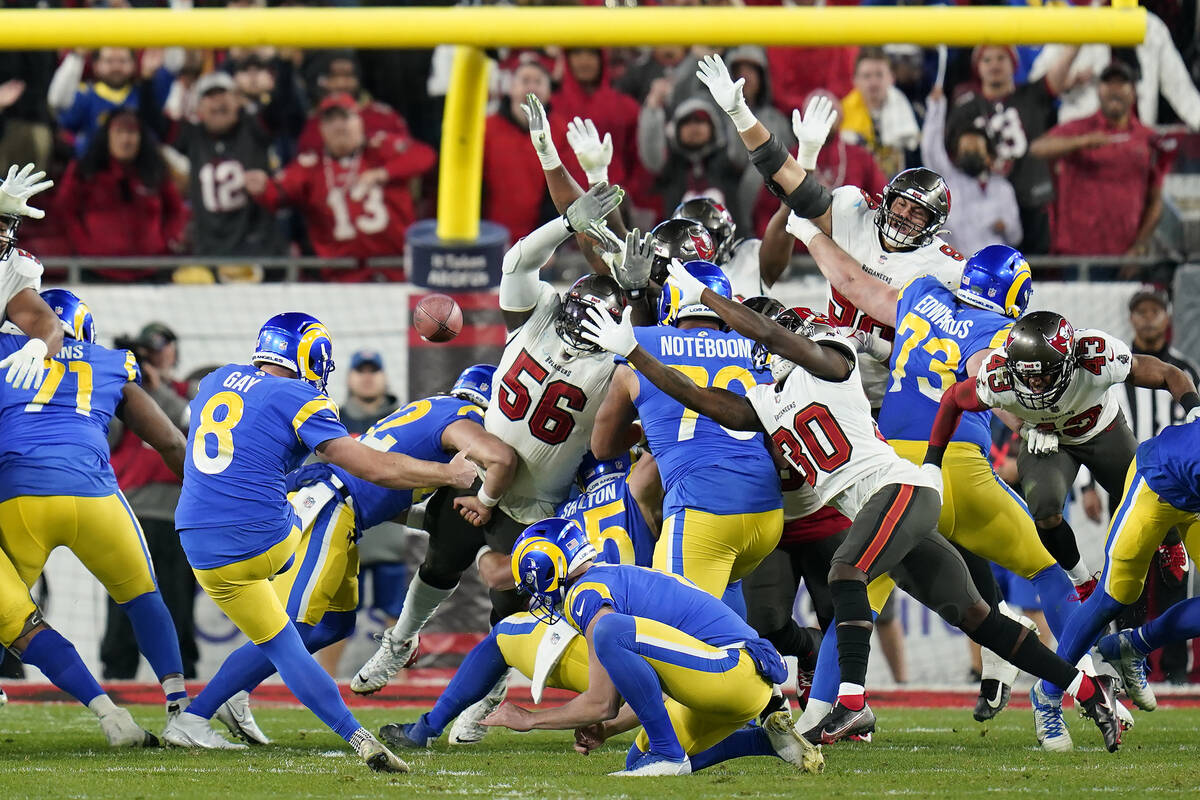 Road underdogs won the first three NFL divisional-round playoff games on walk-off field goals. But the dramatic finishes were only warm-up acts for Sunday night’s main event between the Bills and Chiefs.

The Chiefs (-2½), who gained 44 yards in the final 13 seconds on two Patrick Mahomes’ passes to set up Butker’s kick, won the coin toss and marched downfield for a 42-36 win on Mahomes’ 8-yard touchdown pass to Travis Kelce.

“It was one of the most exciting divisional rounds ever,” Red Rock Resort sportsbook director Chuck Esposito said. “The last two minutes of the Chiefs-Bills was arguably one of the best games and best finishes in the history of the league.

“From the booking side of it, there were dramatic swings. Our blood pressure was really high.”

“Having Kansas City win was a huge difference than Buffalo winning, which would’ve taken away a monster day (Saturday),” Esposito said.

‘Most we’ve ever won’

“(Saturday) was probably the most we’ve ever won in a playoff round,” MGM Resorts director of trading Jeff Stoneback said. “The public was all over the Packers and Titans. We had big wins on both games.”

A BetMGM bettor lost a $550,000 straight bet on the Titans -3½. The Westgate SuperBook also won big on the Bengals, who prevailed on rookie Evan McPherson’s 52-yard kick after Tennessee QB Ryan Tannehill threw his third interception at midfield with 20 seconds left.

“It’s hard to believe that the Bengals and Titans were one of the biggest decisions. But they really loaded up on Tennessee,” SuperBook vice president Jay Kornegay said. “The outright win by the Bengals was one of the bigger wins of the year for us.

“Give the Bengals a lot of credit. But they’re going to have their hands full against Kansas City.”

The Chiefs are 7-point home favorites over the Bengals in Sunday’s AFC title game and the total is 53½ after it opened at 50½ at the SuperBook.

In the NFC championship, the Rams are 3½-point home favorites over the 49ers and the total is 46½. Los Angeles opened at -4 at the SuperBook before the line dropped to -3 and then crept back up to -3½ (Even).

“I feel like the AFC is kind of a run-and-gun show and the NFC has a lot more physical teams, especially the Rams and 49ers,” Kornegay said.

The Rams (+3, +125) escaped with a 30-27 victory over the Buccaneers after blowing a 27-3 third-quarter lead. Tampa Bay tied it with 42 seconds left, but Matthew Stafford completed a 44-yard pass to Cooper Kupp to set up Matt Gay’s game-winning 30-yard kick.

Tampa Bay was as high as a 25-1 long shot on the in-play money line.

“It would’ve been really bad if they had won the game straight up,” Stoneback said. “We took a lot of money-line action.”

A Caesars Sportsbook bettor who wagered $200,000 on the Bucs-Rams game to go over 23½ in the first half suffered a painful bad beat when, with the score 20-3, Cam Akers lost a fumble at the Tampa Bay 1-yard line with 24 seconds left before halftime.

Green Bay QB Aaron Rodgers didn’t throw a TD pass and fell to 0-4 against the Niners in the playoffs as the Packers failed to reach the Super Bowl as the No. 1 seed for the second straight season.

San Francisco scored 10 unanswered points in the final five minutes, tying it 10-10 on a blocked punt return TD and winning on Robbie Gould’s 45-yard kick in the snow.

“That wasn’t as big a win as the Bengals, but it was still the best-case scenario for us,” Kornegay said. “It produced one of the bigger days we’ve had in a long time.”