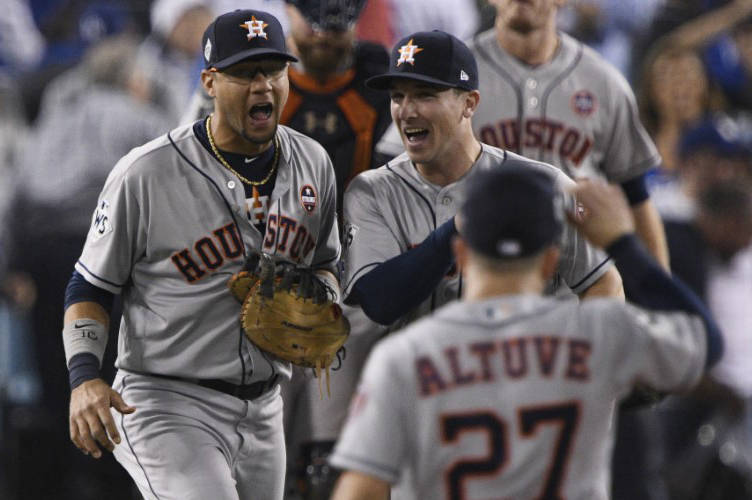 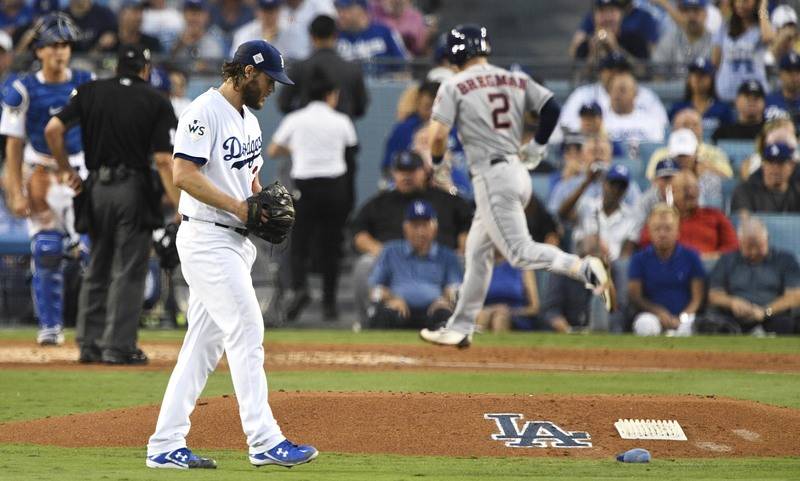 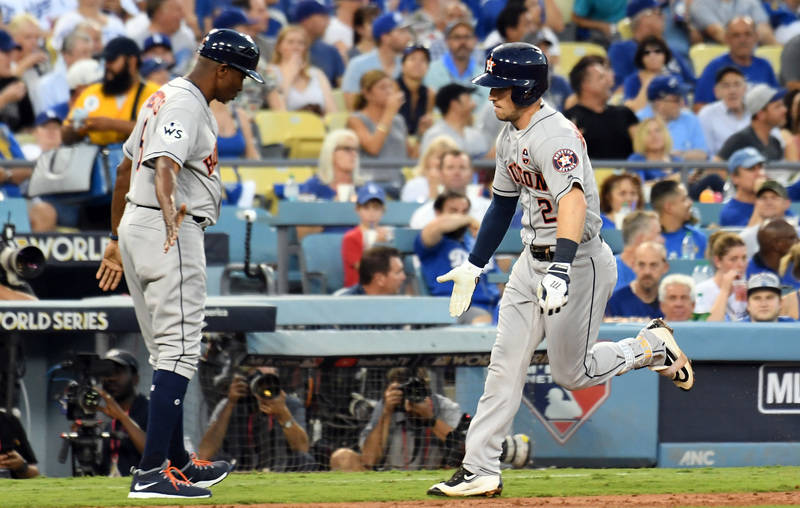 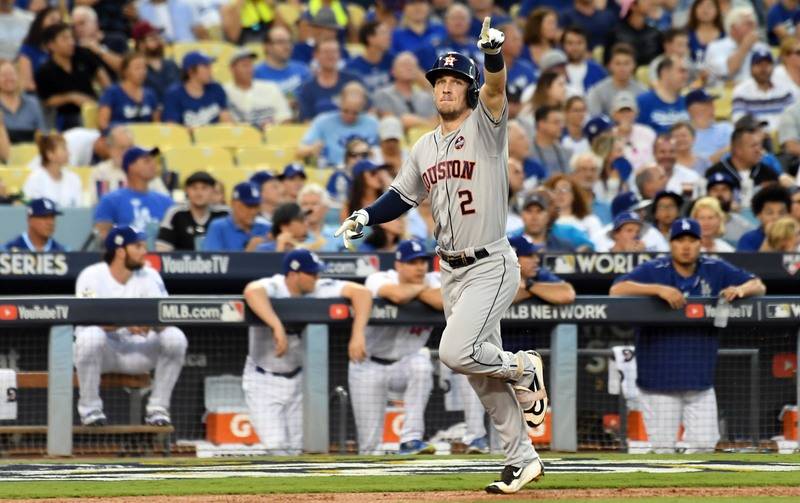 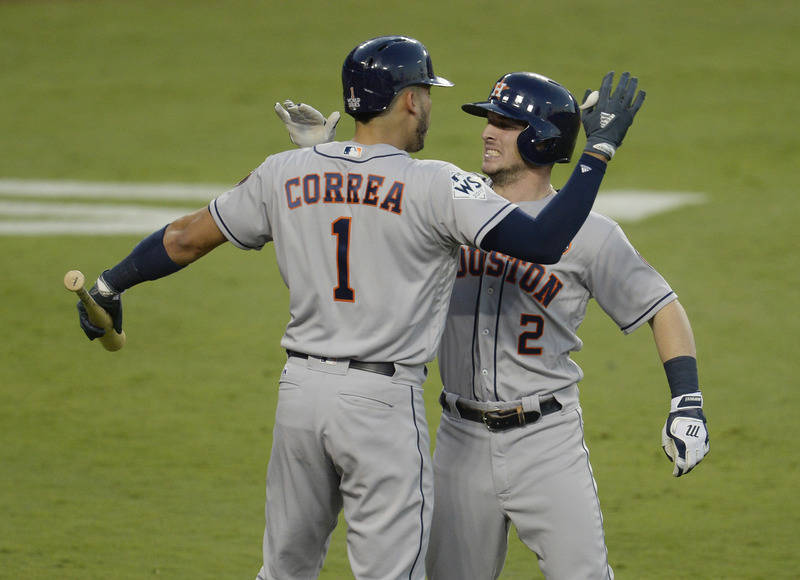 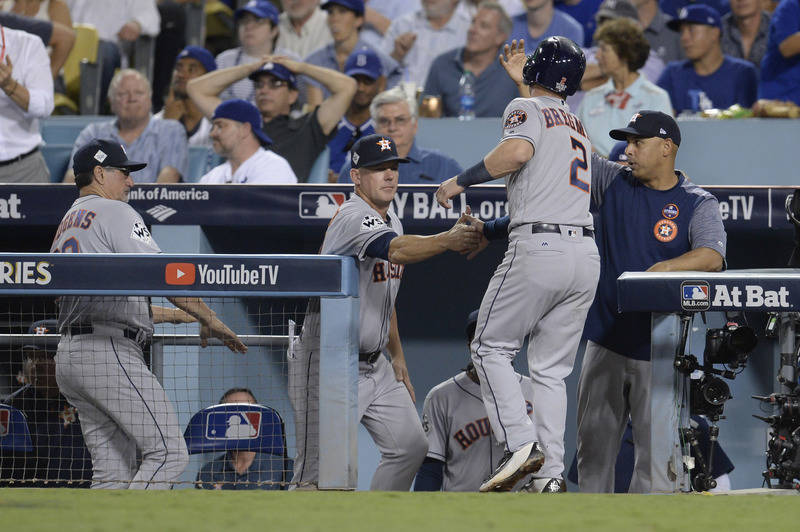 Oct 25, 2017; Los Angeles, CA, USA; Houston Astros third baseman Alex Bregman (2) is welcomed back to the dugout after scoring a run against the Los Angeles Dodgers in the 8th inning in game two of the 2017 World Series at Dodger Stadium. Mandatory Credit: Gary A. Vasquez-USA TODAY Sports 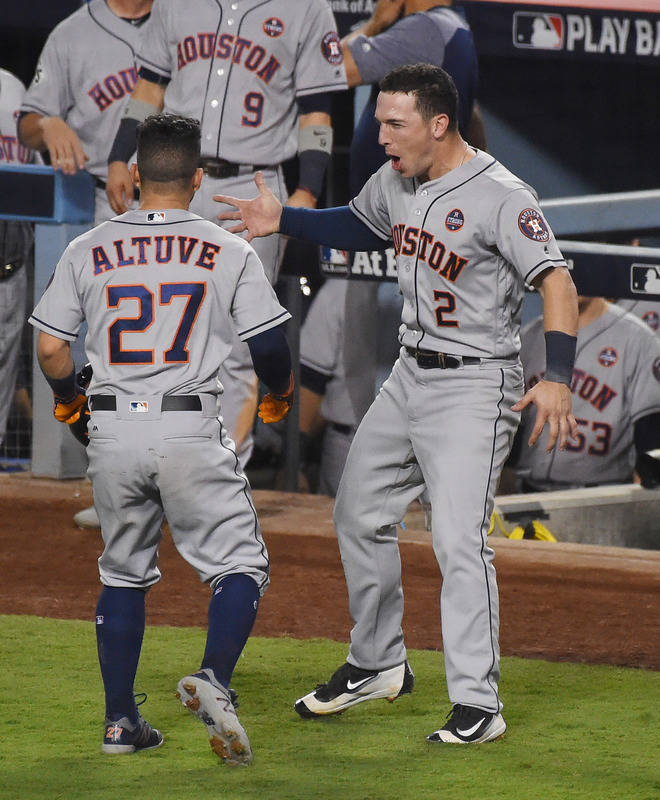 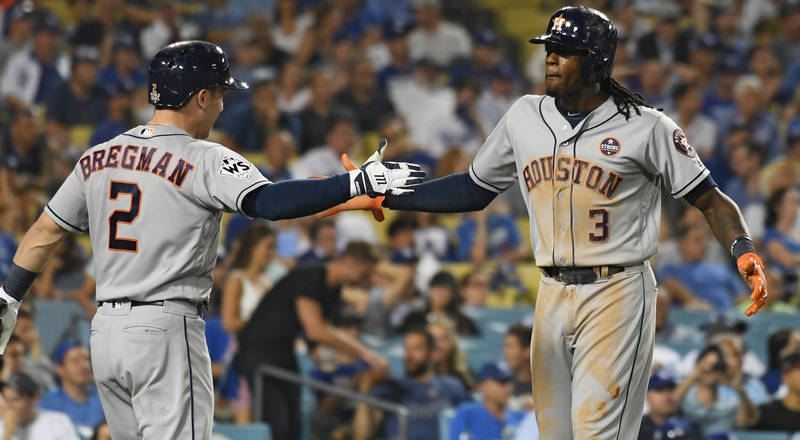 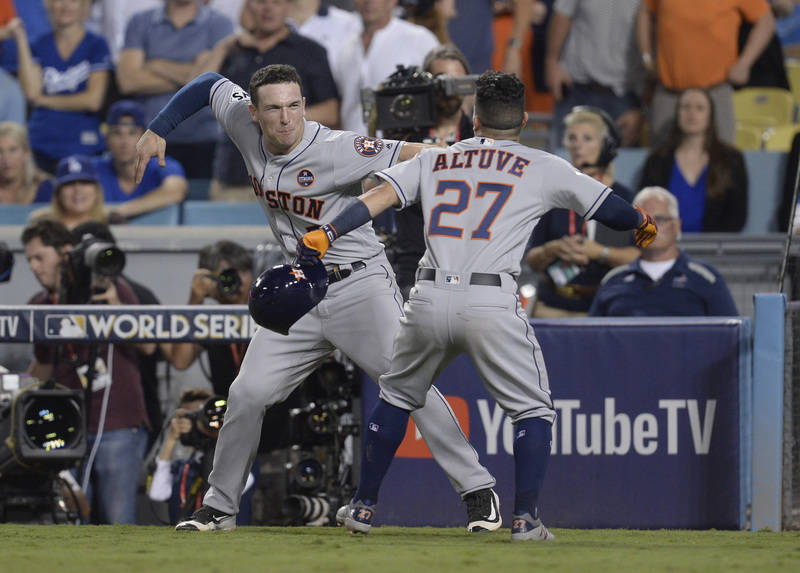 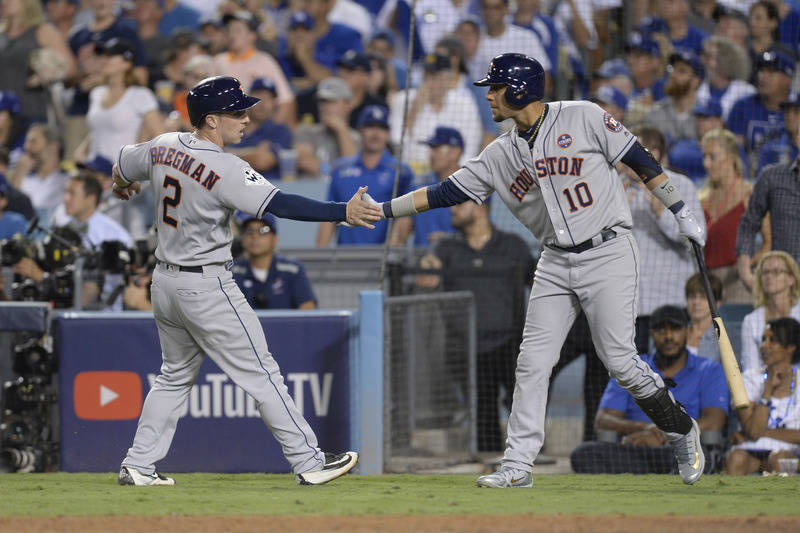 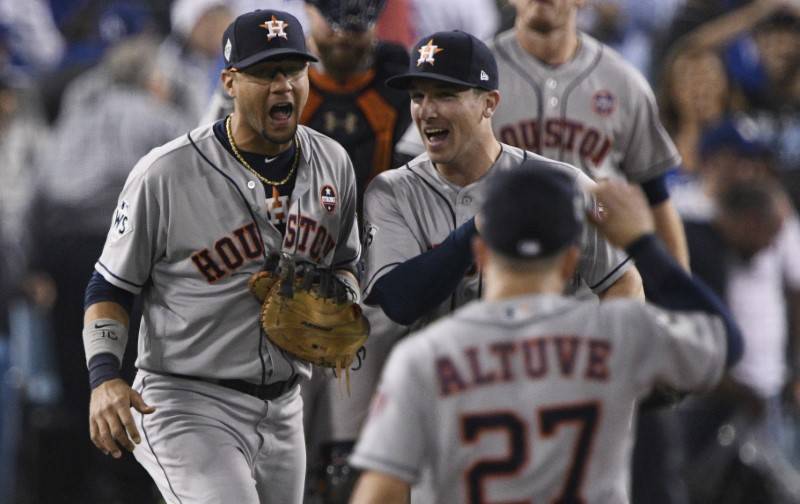 “I got broke in that habit. I couldn’t pick a big ’dog out of a room full of Chihuahuas,” he said. “I don’t gamble. I just hedge.”

In 2014, McIngvale, the popular owner of the Gallery Furniture retail chain, didn’t hedge on two uninsured promotions and lost big.

The company offered a refund on any purchase of at least $6,000 if the Seahawks beat the Broncos in Super Bowl XLVIII. When Seattle won, he paid out almost $8 million.

Later that year, to celebrate his 63rd birthday, McIngvale offered a refund on any purchase of at least $6,300 if the Astros won at least 63 games in the regular season. They won 70, costing him about $7.5 million.

“I got slaughtered on that one,” said McIngvale, who, according to Celebrity Net Worth, is worth $75 million.

McIngvale’s latest promotion offered a refund on any mattress purchase of at least $3,000 if the Astros win the World Series. Facing a liability of about $5 million if Houston upsets the Los Angeles Dodgers, McIngvale hedged the promotion through insurance policies and bets on the Astros at Las Vegas sports books.

“The vast, vast majority of the hedge was through the insurance companies,” McIngvale told the Review-Journal on Thursday. “But I did some hedging in Las Vegas. It’s all legal, it’s a hedge bet, and it’s all on Houston.

“The people there in the sports wagering industry were very accommodating and very nice.”

McIngvale declined to divulge the amount of his wagers, but an industry source estimated he bet a total of $1.8 million on the Astros to win the World Series.

More than 10 big bets on Astros

After the Astros rallied to win a Game 2 for the ages, CG Technology took two separate $300,000 wagers on Houston to win Friday’s Game 3 at home, where Lance McCullers (minus-130) opposes Yu Darvish.

Despite the promotion, McIngvale is all in on Houston.

“I’m wearing my Astros orange right now,” he said. “I’ve got 142 tickets to the games I’m giving to our customers and employees, and we’re bleeding orange.

Besides his promotions, which included $10 million in refunds when Donald Trump won the presidential election, McIngvale is famous in Houston for his philanthropy. When Hurricane Harvey hit, he opened the doors to his stores and let hundreds of people take refuge there for a few nights.

“Just like Las Vegas was torn apart by the horrible shooting, this town is still torn apart from the flood of biblical proportions. There were 1 million cars totaled,” he said. “So we’ll have some fun with the World Series. It’s a big deal, and Houston needs it.”

Stoneback and Holt said they’ve each taken some sharp action on Minnesota, a 7-point home underdog to Iowa, which opened as an 8½-point favorite.

In a classic Joes vs. Pros game, the public is siding with the Nittany Lions, who are coming off a 42-13 romp over Michigan.

“If we made the line last week, it would’ve been more than 7,” Westgate sports book manager Ed Salmons said. “I like Ohio State. I just think they’re a little bit better than Penn State in every area, and they had a bye week. It sets up really good for them.”