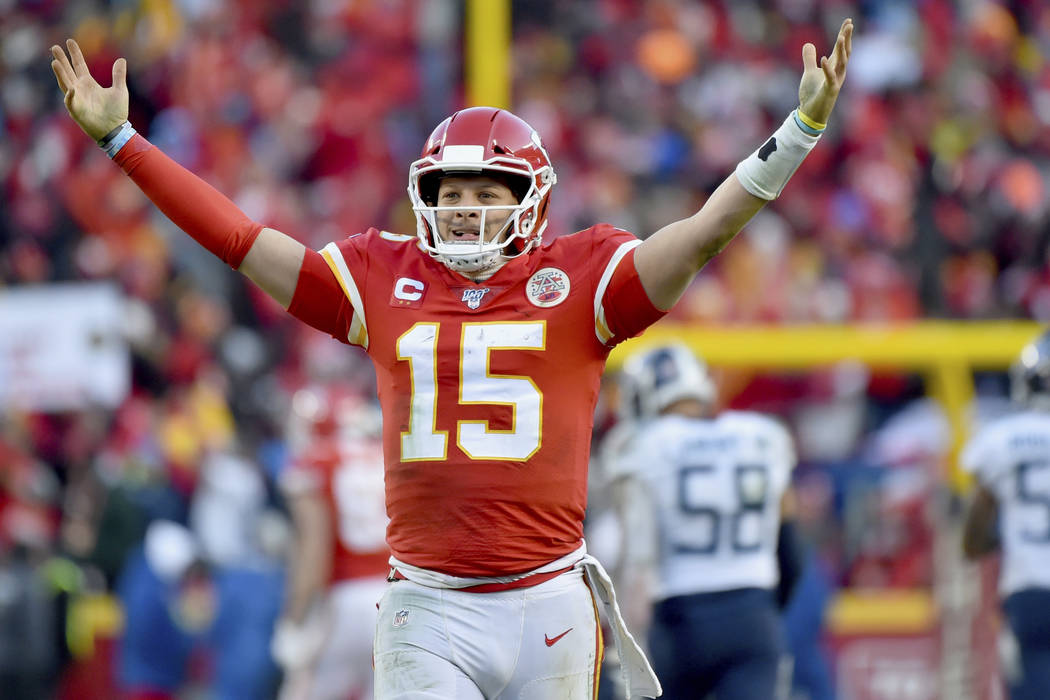 Championship Sunday was one of the worst days of the season for Las Vegas sportsbooks, which lost millions of dollars when both favorites covered and both overs cashed in the conference title games.

“It was the second-worst day of the football season,” Westgate sportsbook vice president Jay Kornegay said. “Two popular favorites covering along with the overs is a recipe for a long day for a sportsbook operator.

“There were a lot of teasers, a lot of money line parlays and the most popular parlay was the two favorites with the two overs. It was a good day for the betting public. But we’re OK with it. It happens.”

After paying out an enormous amount of Chiefs-49ers teasers and parlays — including a $300,000 teaser to win $200,000 at MGM Resorts — the books took a little solace in a compelling Super Bowl LIV matchup.

“That’s the one we bought for a pretty good price,” William Hill sportsbook director Nick Bogdanovich said. “We took a beating. But we had one coming. All’s fair in love and war.”

Kansas City, which closed as a 7-point favorite in the AFC title game, trailed 10-0 and 17-7 in the first half before exploding for 28 consecutive points en route to a 35-24 win over the Tennessee Titans.

San Francisco, which closed as an 8-point favorite in the NFC title game, led 27-0 at halftime on its way to a 37-20 rout of Green Bay. The Packers closed the gap to 34-20 in the fourth quarter before Robbie Gould sealed the cover with a 42-yard field goal with 3:31 left.

The Westgate opened the Super Bowl line at pick ‘em at halftime of the NFC championship. The total was 51½.

The Chiefs quickly emerged as consensus 1-point favorites as Kornegay said 71 percent of the bets made in the first 90 minutes were on Kansas City. The total also quickly climbed to 53½ at the Westgate after a bettor placed a $110,000 wager to win $100,000 on Over 52½.

“From an industry perspective, this is the sexy matchup that most people wanted to see,” Sunset Station sportsbook director Chuck Esposito said. “You have the league’s best offense with Patrick Mahomes against the league’s, right now, best defense.

“It kind of reminds me of the Seattle-Denver Super Bowl when Peyton Manning had 55 TD passes for a flashy offense and Seattle could run the ball and its smash-mouth defense dominated the game. I just hope the first play isn’t a safety.”

Last year’s Patriots-Rams Super Bowl snapped a three-year run of record betting handles for Nevada. But multiple bookmakers expect the Chiefs-Niners showdown to surpass the record $158.6 million that was wagered on the Patriots-Eagles Super Bowl in 2018.

“A lot of people are happy that the Patriots are not in it. We don’t have to face that Patriots’ fatigue we faced the last few years,” Kornegay said. “We have a very strong economy. It all adds up to a record handle.”

“When it’s close to a pick ‘em, we can write massive amounts of two-way action, which is never the worst thing in the world,” he said. “It should be an incredibly bet Super Bowl and the props will be good.

“It should be an all-around winner, especially for the state of Nevada with the 49ers right next door in California. We ought to see a lot of people in red pouring over.”

The same high-stakes bettor who won $1 million on the NFL at MGM Resorts last weekend won another $1 million Sunday.

The first-half over cashed when, three plays after an Aaron Rodgers interception, Raheem Mostert scored on an 18-yard run with 45 seconds left.

“We kind of broke even on the first game,” The Mirage sportsbook director Jeff Stoneback said. “But with the Chiefs covering and the game going over and rolling into the second game, it obviously made it real ugly for us with San Francisco and over.”

CG Technology was one of the only books to win Sunday.