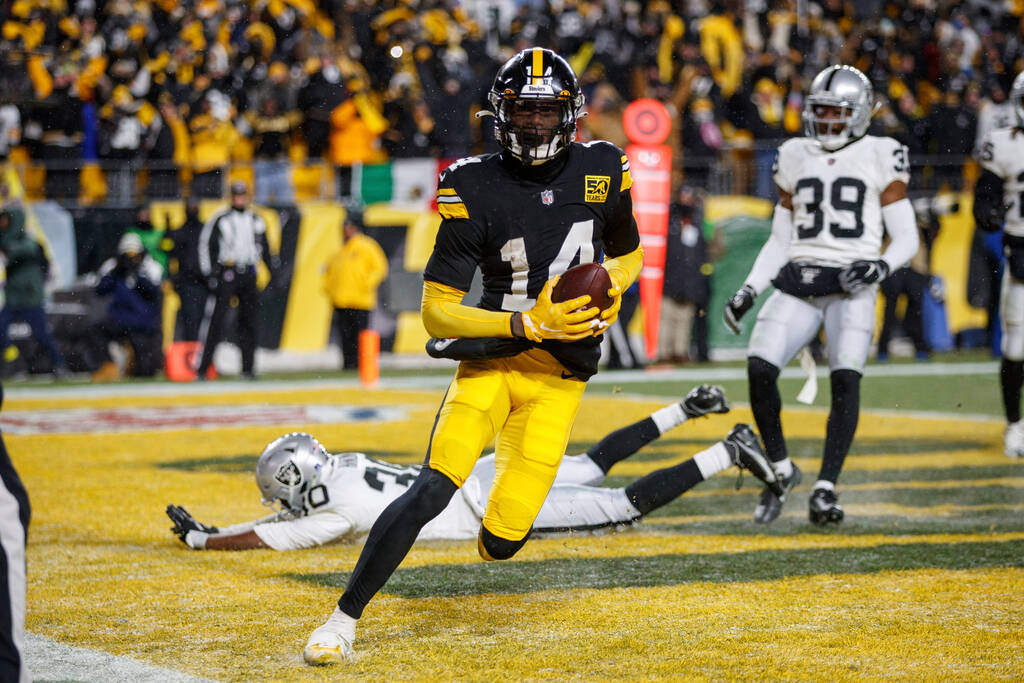 It’s not the most wonderful time of the year for the Circa Survivor contestant who was eliminated Sunday.

In a span of less than 17 hours starting Christmas Eve, the bettor with the alias “Maddog” went from the cusp of being the sole Survivor and winner of the $6,133,000 prize to being knocked out of the contest.

After surviving their 17th straight winning pick on the Vikings — who beat the Giants on a 61-yard field goal as time expired — Maddog was one of only four entrants left entering Saturday night’s Raiders-Steelers game.

Three other entrants needed Pittsburgh to win to advance to “Christmas Week,” which was comprised of the four NFL games on Sunday and Monday.

If the Raiders had defeated the Steelers, Maddog would’ve won the $1,000-entry contest, which started with a field of 6,133. The Silver and Black led 10-3 at halftime and were still ahead 10-6 in the final minute as Pittsburgh drove deep into Raiders territory.

Facing fourth-and-1 at the Raiders’ 15 with 55 seconds left, Kenny Pickett picked up the first down on a quarterback sneak. On the next play, the rookie fired a 14-yard touchdown strike to George Pickens to put the Steelers up 13-10 with 46 seconds to go.

Derek Carr then threw his third interception of the second half to seal Maddog’s fate and that of bettors who took the Raiders +2½.

Still alive in the final four, Maddog needed the Dolphins to beat the Packers on Sunday to advance. Miami went ahead 20-10 late in the first half before unraveling as Tua Tagovailoa threw three fourth-quarter interceptions in a 26-20 loss.

Contestants “Browna” and “Jed” had better luck with the Buccaneers, who erased a 16-6 fourth-quarter deficit en route to a 19-16 OT win over the Cardinals. The last remaining entrant, “The Enemy Within,” had the Chargers over the Colts on “Monday Night Football.”

The Raiders’ loss resulted in a mixed bag at the books as Station Casinos won big on the game and BetMGM lost big, largely because of one bettor who won $500,000 on a $550,000 straight bet on Pittsburgh -2½.

“We got beat up a little on Saturday,” MGM Resorts director of trading Lamarr Mitchell said. “The Raiders was our biggest loser.”

On the flip side, bettors overwhelmingly backed the Silver and Black at Station.

The biggest losers for bettors were the Lions, Browns and Titans.

Cincinnati squandered most of a 22-0 halftime lead and Bengals backers were ready for New England to deliver the final dagger when it had a first-and-goal at the 5 with 55 seconds left. But Rhamondre Stevenson lost a fumble and the Bengals escaped with the win and cover.

“The Patriots were our biggest loser on Saturday,” Westgate SuperBook vice president Jay Kornegay said. “I thought we had a chance there. It would’ve been a nice backdoor (cover) for us. But we ended up coming up short.”

Dallas didn’t lead in the second half until it went ahead 37-34 on a 48-yard field goal with 2:19 left. Philadelphia, which had four turnovers without Jalen Hurts, fumbled on the next play. The Cowboys added another field goal and held on for the cover when the Eagles turned it over on downs at the Dallas 19 in the final seconds.

“The Cowboys were a loser, plus a big loss on in-play that hurt with the Cowboys coming back,” Caesars assistant director of trading Adam Pullen said. “Turnovers killed the Eagles. But they showed why they’re one of the best teams in the league. Even without Hurts, they could’ve won that game.”