Coaches, conferences and players sitting out to stay healthy for the NFL draft.

Those are only a few factors to consider before betting on one of the 40 college football bowl games that will be played from Friday to Jan. 6.

Whether wagering on the Bad Boy Mowers Gasparilla Bowl or Tony the Tiger Sun Bowl, try to determine which team has the stronger will to win.

“You have to believe the team you’re betting on is motivated,” professional sports bettor Frank Carulli said. “And you have to weigh in a coach leaving or a team playing hard to impress the new coach. And obviously any guys turning pro that are not going to play.”

Carulli went 15-5 against the spread to win last season’s Review-Journal College Bowl Challenge. His best bet in this season’s bowl games is Louisiana Tech, a 6½-point underdog to Miami, Fla. in the Independence Bowl.

“I love Louisiana Tech. They check all the boxes,” he said. “They’ll be highly motivated, they have the coaching edge, they’re good in bowl games, it’s close to home and they’re getting points.”

Bulldogs coach Skip Holtz is 5-0 straight up and 4-1 ATS in bowls for Louisiana Tech.

Miami opened as a 7½-point favorite at the Westgate sportsbook, where sharp money on Louisiana Tech has driven the line to 6.

The Pac-12 is 3-17-1 ATS in bowls the last three seasons. But Ed Salmons, Westgate vice president of risk, still likes Washington (-3½) over Boise State in the Las Vegas Bowl.

“If the MAC starts losing all their games, bet against MAC teams.”

Salmons said he likes Washington, which opened as a 6½-point favorite at Circa, mostly because it’s Chris Petersen’s final game as Huskies coach.

“Washington is just better than Boise,” he said.

In the first two bowl games, sharp bettors backed Buffalo (-4½) over Charlotte in the Bahamas Bowl and Kent State (+7) over Utah State in the Frisco Bowl.

Buffalo is up to a 6½-point favorite. With winds up to 40 mph expected, there has been heavy action on the under, dropping the total from 59 to 51.

Utah State opened as a 9-point favorite before the line dropped to 4½ after starting quarterback Jordan Love and two of his teammates were cited for marijuana possession. With Love reportedly eligible to play, the line has crept back up to 6½.

“I’m waiting to see if it gets pushed up higher. Getting 4 or 4½ is a good bet,” he said. “Iowa State went to Oklahoma and went for two at the end and could’ve won that game. Notre Dame is a little on the overrated side.”

“When Navy and Air Force get to play teams that have never seen them, the other teams are at a huge disadvantage because they’ve never played against that offense before,” he said. “Washington State’s got an awful defense, and Kansas State has struggled against the run this year.”

Salmons also is taking Wisconsin (-2½) over Oregon in the Rose Bowl.

“I had that game much higher than 2½,” he said. “Wisconsin’s a better program and has a better coach than Oregon.”

Carulli likes California (-6½) over Illinois. The Golden Bears are 6-0 this season when QB Chase Garbers starts and finishes a game.

“I maintain Justin Wilcox is the best coach in the country,” he said.

“I think they’ll be motivated to show their new coach what they can do,” Carulli said. “They match up fine with Arizona State and you’re getting points.” 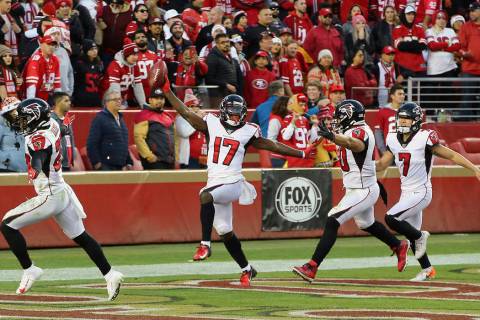