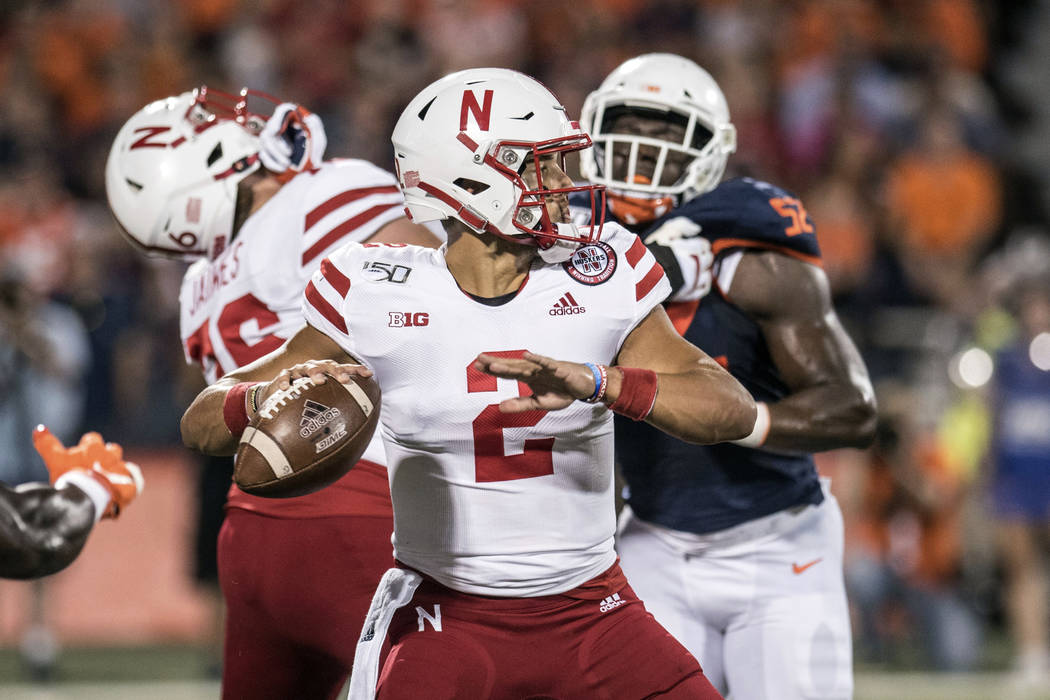 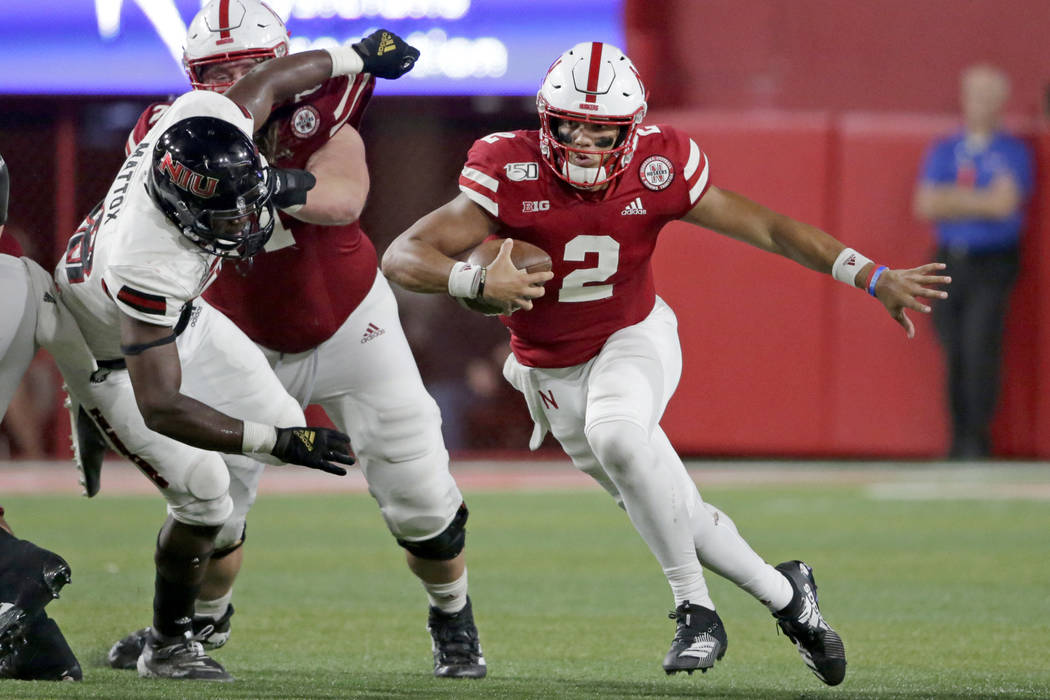 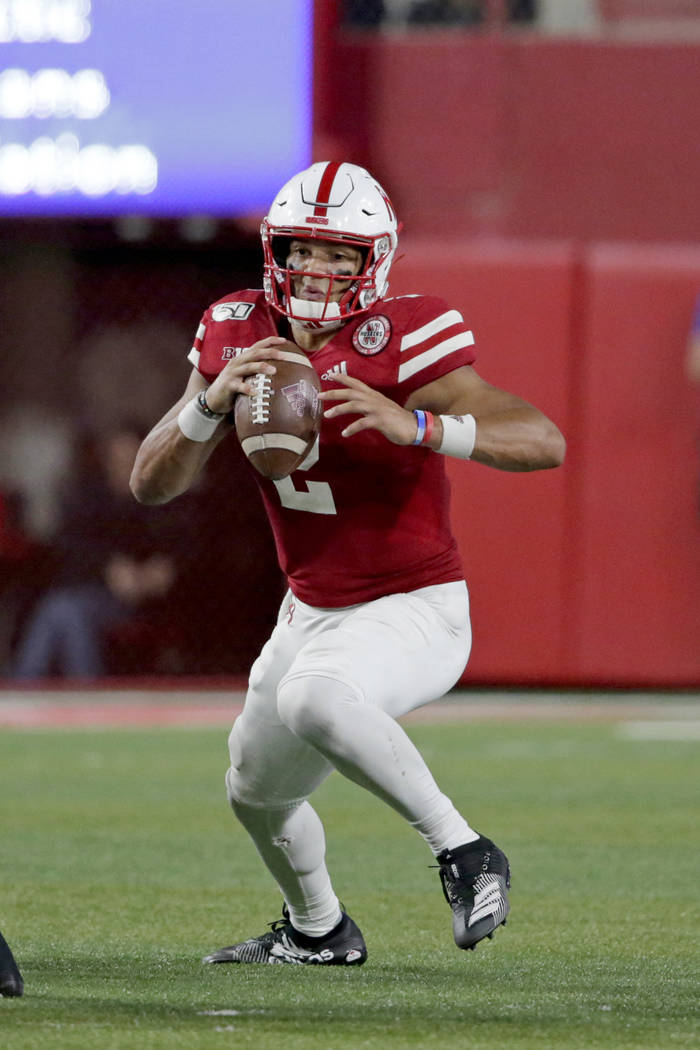 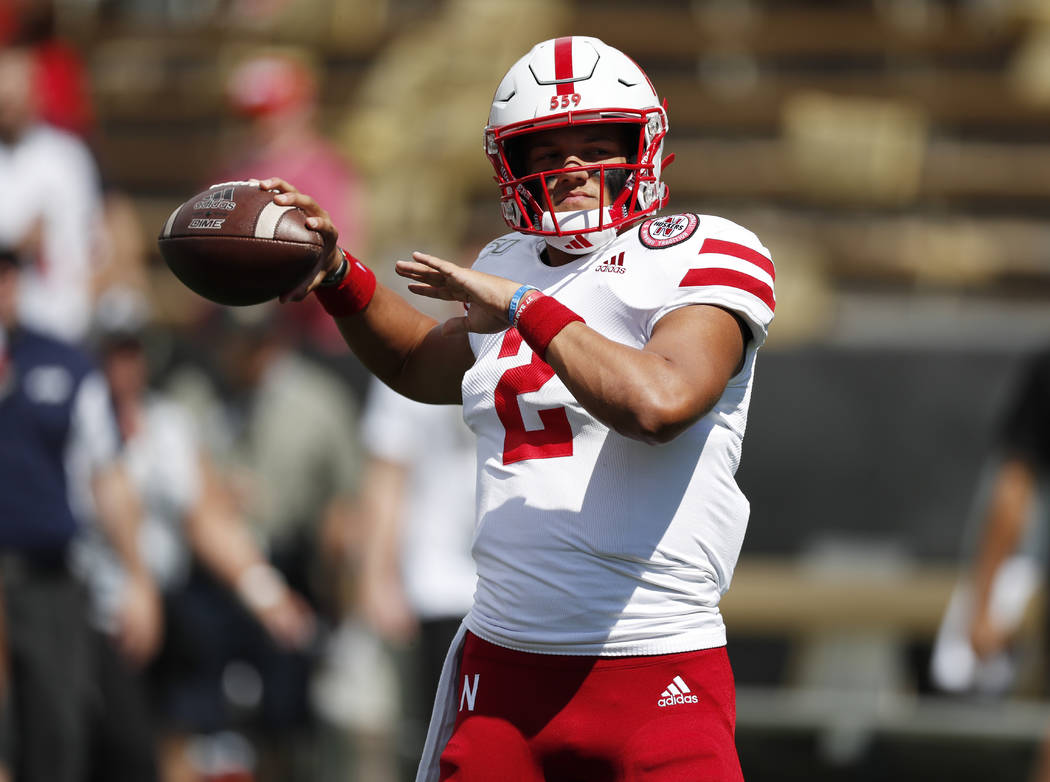 Martinez has since dropped to 60-1 to strike the Heisman pose. But sharp bettors at CG Technology sportsbook have backed him and the Cornhuskers as 18-point home underdogs to Fields and the Buckeyes.

The line has dropped to 17 for Saturday night’s game, but that’s still more than twice as much as it was in the preseason.

“You’re getting a bargain with the number. Before the year started that line was 8,” said Ed Salmons, Westgate sportsbook vice president of risk management. “I think there’s some value there in Nebraska. They played them tough last year at Ohio State (36-31 loss).

“Ohio State is playing great defense this year, which they haven’t done in the past, but they’re playing such weak teams it’s just hard to judge.”

The Buckeyes (4-0) have blown out Miami-Ohio, Indiana, Cincinnati and Florida Atlantic by a combined score of 214-36.

Martinez compiled 445 yards of offense in Nebraska’s 42-38 win over Illinois. The Cornhuskers (3-1), who had four turnovers against the Fighting Illini, are 7-1 ATS in their last eight Big Ten games, and coach Scott Frost is on a 7-2 cover run as an underdog.

Sharp bettors bet against Notre Dame and lost in its 23-17 defeat at Georgia. But wiseguys at CG Technology and the Westgate are backing the Fighting Irish this week as 11-point and 12-point home favorites over Virginia.

The Cavaliers are 4-0 for the first time in 15 years but take a big step up in class.

“It may be asking too much for Virginia to compete here. It will be the toughest game they played,” Salmons said. “Notre Dame has kind of dominated these ACC teams. Last year, they won (56-27) at Wake Forest.

“Two years ago, the ACC hired a lot of good coaches, and I thought for sure a lot of teams would be stepping up. But they don’t have any team within 24 points of Clemson.”

Circa Sports oddsmaker Matt Lindeman likes UNLV to cover at Wyoming, which was a 10½-point favorite at Circa before the line dropped to 9.

“I’m just not very high on Wyoming,” he said. “That’s not an offense that can be a double-digit favorite over many teams. UNLV is coming off a bye. I don’t know if they can win, but they can stay inside the number.”

Worst of the worst

Massachusetts might be the lowest-rated college football team ever.

“The lowest power rating I ever had was 44½. UMass is 40½,” Salmons said. “Every week I can’t lower them enough to keep up. If UMass played North Dakota State, the best team in FCS, North Dakota State would be a 35-point favorite. UMass is historically bad.”

To put the Minutemen’s power rating in perspective, Alabama’s is 109½, which equates to a 69-point spread on a neutral field.

But it’s tough to fade UMass this week because it’s playing another awful team in Akron. Both squads are 0-4 ATS. The Zips are up to 7½-point road favorites.

Several games attracted sharp action on both sides, including Brigham Young up to a 2½-point favorite over Toledo, which drew wiseguy money at plus 3.

Sharps also were on both sides of South Florida-Southern Methodist, taking the Bulls as 8½-point home underdogs and the Mustangs as 7-point favorites.

“I prefer the SMU side,” Salmons said. “This is the best team they’ve had in years. They beat TCU at TCU in an amazing win for them. I don’t think much of South Florida. I don’t see these teams in the same stratosphere.”

Former Texas QB Shane Buechele is thriving at SMU, which is 4-0 ATS. South Florida is 1-9 ATS in its last 10 home games vs. FBS teams.