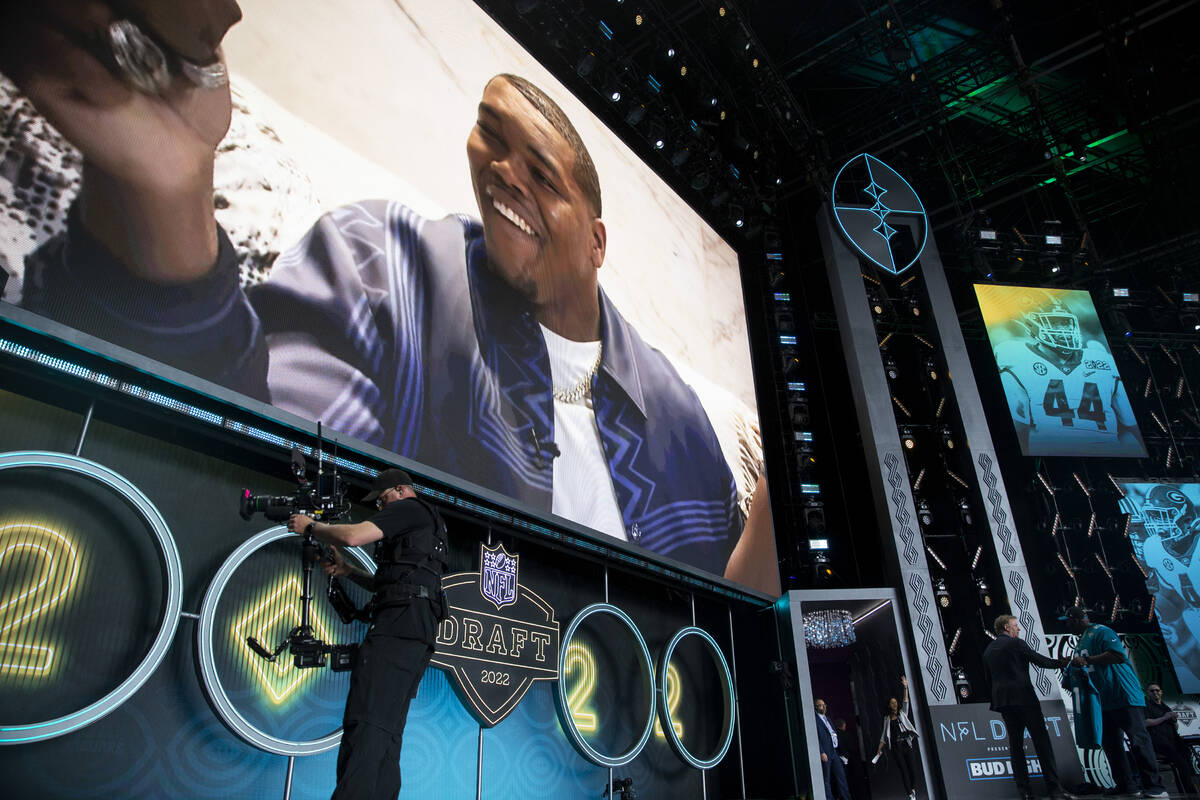 In many ways, betting on the first NFL draft in Las Vegas was, fittingly, a crapshoot.

But sharp bettors turned it into a virtual turkey shoot, as they dealt sportsbooks a loss on the event for the sixth straight year since the Nevada Gaming Control Board approved wagering on the draft in 2017.

Most bookmakers detest taking action on the information-driven event and expected to lose money on it.

“I hate it,” South Point sportsbook director Chris Andrews said. “It’s not a game of chance, which is what betting is supposed to be about. It’s not a sporting event where guys are out there playing and you can win or lose.

“This is just betting on people making a decision. I put it up because it’s here in town. Next year, it might not be up at all. It’s most definitely dominated by sharp money. We’ve lost on it every year.”

Walker opened at 40-1 (as part of the field) at Station Casinos and closed at -300 at the Westgate SuperBook to go under his draft position of 1½ after opening at -175 on Monday.

The Westgate also lost when Michigan defensive end Aidan Hutchinson, the previous odds-on favorite to go No. 1, was drafted No. 2 by the Detroit Lions. He closed at -420 to go over his draft position of 1½ after opening at -250.

“As a bookmaker, it’s certainly my least favorite event to post,” SuperBook vice president Jay Kornegay said. “There’s a lot of hype surrounding it, so you have to have it on your boards. But it is dominated by sharp, educated play.

“It’s based on information only, and most of the time they get the information first. This is a great event for the city to host. However, I don’t really prefer to book the thing.”

Sharps also won easily at the Westgate on Georgia linebacker Quay Walker to go under his draft position. He opened at 39½, closed at 25½ and was picked at No. 22 by the Green Bay Packers.

Books also took a hit when Louisiana State cornerback Derek Stingley Jr. was selected with the No. 3 pick by the Houston Texans. Stingley was as high as 100-1 at Caesars to be the third pick and 100-1 to be the first cornerback picked.

“That was the one that put us in the red,” MGM Resorts director of trading Jeff Stoneback said. “The draft is one of the toughest things we book because it’s all information-driven, and it’s very difficult to stay on top of the information.

“We would be very happy to break even. That’s our goal for the draft, which has yet to happen.”

Nevada books were required to close betting on the draft at 5 p.m. Wednesday. MGM closed it Tuesday.

“To kind of protect ourselves, we shut it down a day earlier than the requirement,” Stoneback said. “You never know. NFL people are in town, and they have friends and family, and someone may know something.”

Back to the futures

Six wide receivers were selected, and the Titans traded wideout A.J. Brown to the Eagles in a move that impacted the Super Bowl odds at Station Casinos.

“We lowered the Eagles from 35-1 to 25-1 and raised the Commanders from 50-1 to 60-1 because they’re in the same division,” Red Rock Resort sportsbook director Chuck Esposito said at a draft party hosted by former NFL players (and coach) Mike Tice and Corey Chavous.

Circa Sports put up draft positions for 32 players Monday after posting 100 players last year and losing.

“Of everything you book over the course of the year, nothing is tougher than this,” Circa oddsmaker Chris Bennett said. “My No. 1 rule in bookmaking is don’t get killed, and that doesn’t apply more than the NFL draft.”

Circa didn’t get killed after winning its biggest decision when Georgia nose tackle Jordan Davis went under his draft position of 14½. He went No. 13 to Philadelphia.