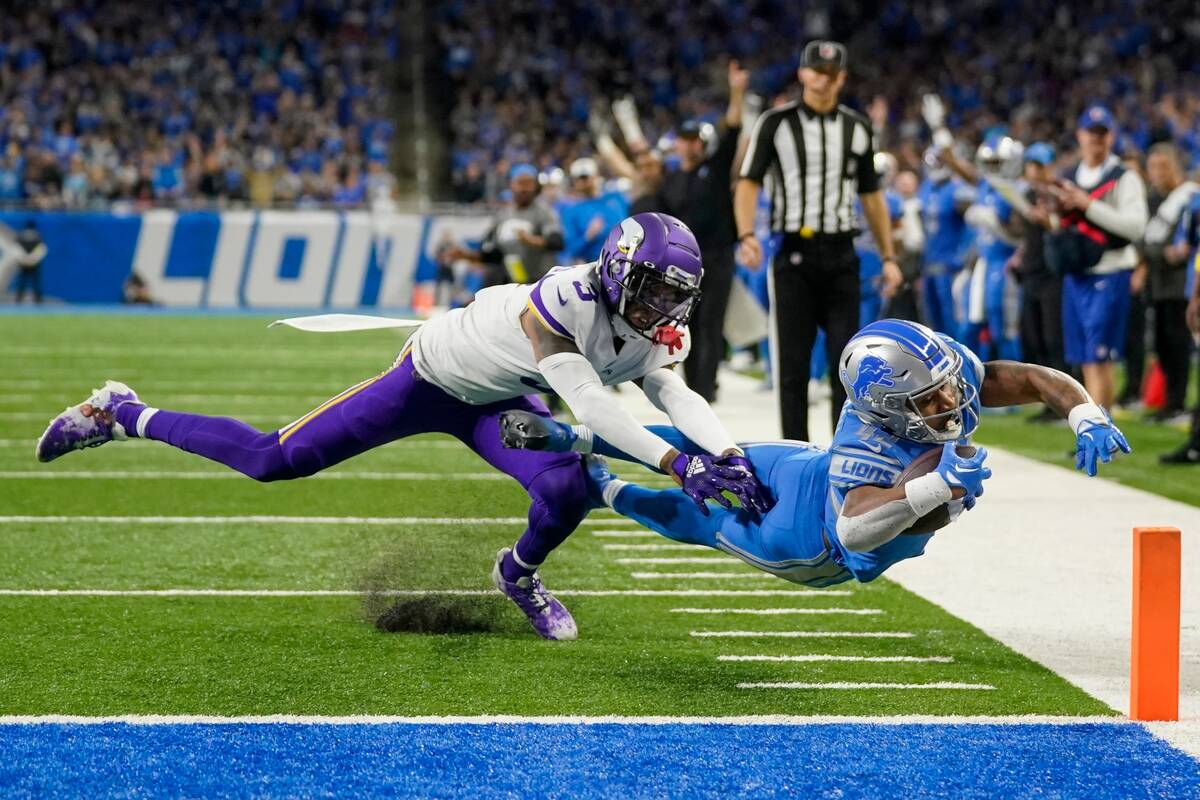 Detroit Lions' Justin Jackson runs past Minnesota Vikings' Cameron Dantzler Sr. for a touchdown during the second half of an NFL football game Sunday, Dec. 11, 2022, in Detroit. (AP Photo/Paul Sancya) 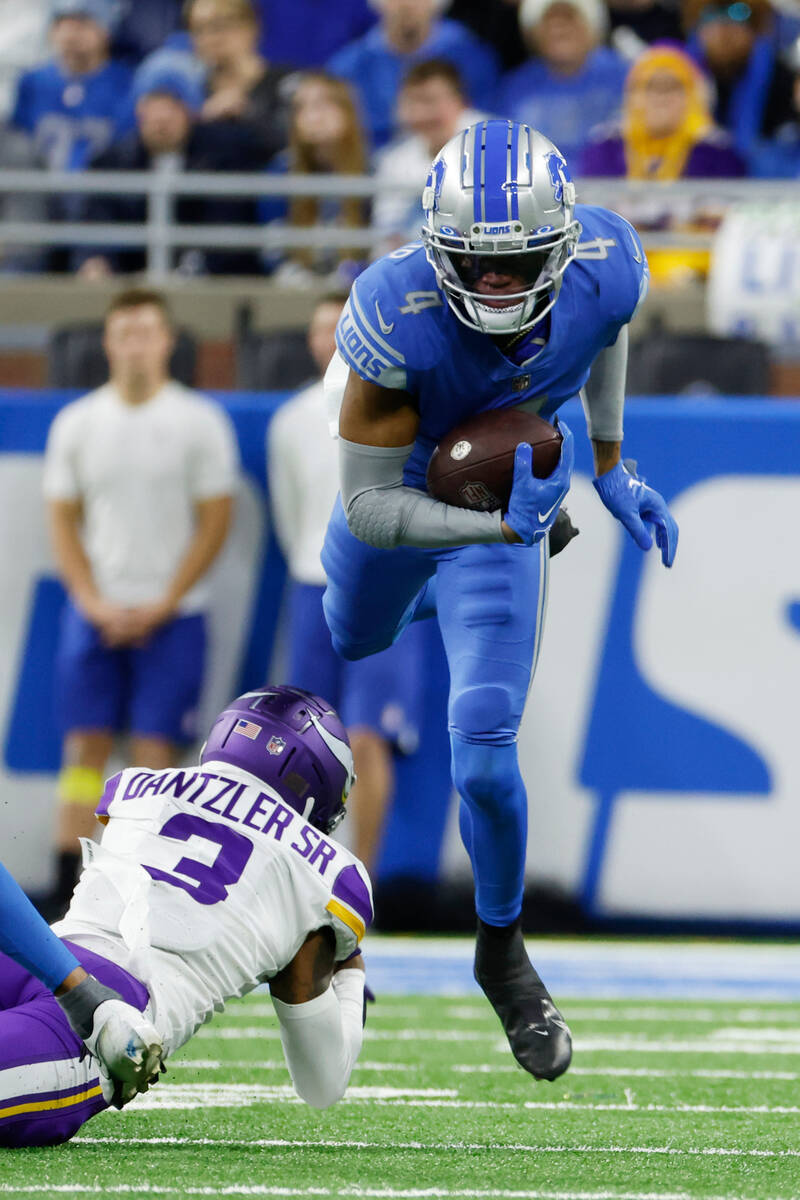 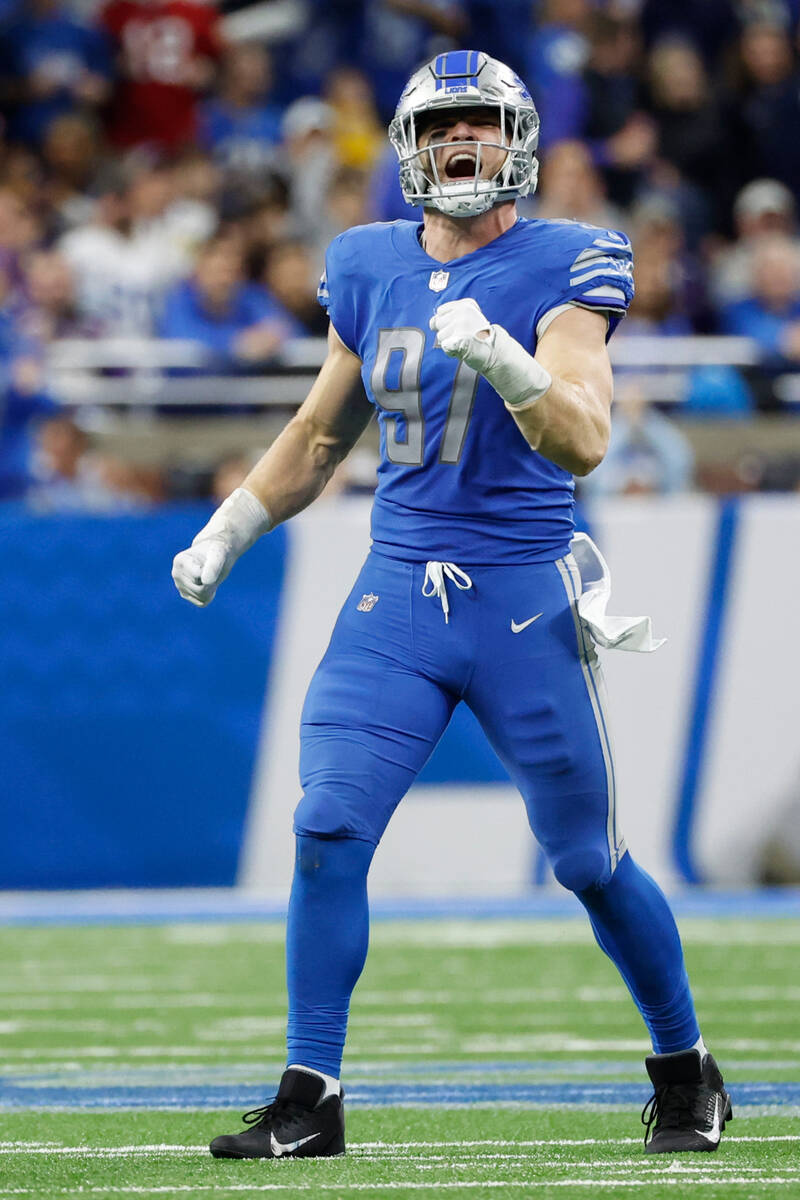 For the second time in four weeks, sportsbooks posted a line on a Vikings game that seemed off to some bettors. But, once again, oddsmakers were spot on.

Three weeks after Dallas closed as a 2-point favorite at 8-1 Minnesota and rolled to a 40-3 win, the 5-7 Lions closed as 1½-point home favorites over the 10-2 Vikings.

Detroit never trailed in a 34-23 victory. Bettors were all over the Lions at Station Casinos and the Westgate SuperBook in their biggest Sunday win.

“Everybody loved the Lions,” SuperBook vice president Jay Kornegay said. “It was pretty interesting to hear discussions about a team that has a losing record being favored over a team that was 10-2. But they bet the Lions.

“All the people that were bringing up the records certainly didn’t show up with their money. The majority of the tickets were on the Lions, and we took a couple of big plays from house players on the Lions.”

It was a different story at Caesars Sportsbook, where bettors backed the Vikings. Gamblers who took Minnesota in teasers were dealt a bad beat when Detroit kicked a 48-yard field goal with 17 seconds left.

Minnesota is now 10-3 with a -1 point differential.

Bettors also won big on the 49ers (-3½), who crushed the Buccaneers 35-7 as Brock Purdy, the final pick in this year’s draft, accounted for three TDs and became the first quarterback to beat Tom Brady in his first start.

“The Bucs are not a good football team,” Red Rock Resort sportsbook director Chuck Esposito said. “They’re still not a lock to win the NFC South. They’re letting Atlanta and Carolina hang around.”

Buffalo led 20-7 midway through the fourth quarter before New York rallied for the dreaded backdoor cover with a safety with 7:30 left on a blocked punt and a 26-yard field goal with 1:18 to go.

Kansas City led 27-0 in the first half before Denver exploded for three straight TDs, two after interceptions thrown by Patrick Mahomes. The Chiefs, leading 34-28, were in field goal range with 5:49 left when Mahomes threw his third pick and again with 1:14 to go when he took a knee to run out the clock.

“We thought we were paying out when the Chiefs got to 13 points,” Mucklow said. “We didn’t think Denver would score. It normally takes them four or five weeks to score that many points.”

Dallas, the biggest favorite of the season, trailed throughout the second half until Dak Prescott engineered a 98-yard TD drive capped by Ezekiel Elliott’s 2-yard rush with 41 seconds left.

“Houston would’ve been huge on the money line for the betting public,” Mucklow said. “At 11-1, it adds up pretty quickly. Every decision we have is seven figures now. It’s just how bad a seven figure it is.”

Bettors also got beat up by the Giants, who were whipped 48-22 by the Eagles as 7½-point underdogs.

“Surprisingly, we needed the Eagles,” Kornegay said. “We took in a lot of New York money.”

Buffalo remains the Super Bowl favorite. But for Esposito’s money, Philadelphia (12-1) is the team to beat.

“I’m starting to become a believer in ‘Fly, Eagles Fly.’ I’m not sure they shouldn’t be the Super Bowl favorite right now,” he said. “They can run, they play defense, they’ve got great wideouts, and the quarterback (Jalen Hurts), to me, right now is the MVP.”