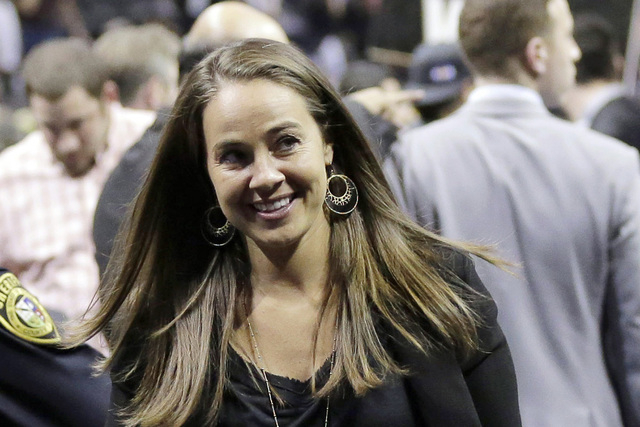 In this April 30, 2014, file photo, San Antonio Stars' Becky Hammon walks off the court following Game 5 of the opening-round NBA basketball playoff series between the San Antonio Spurs and the Dallas Mavericks in San Antonio. The Spurs have hired Hammon as an assistant coach. The Spurs made the announcement Tuesday, Aug. 5, 2014. Hammon plans to retire from the San Antonio Silver Stars after this season. (AP Photo/Eric Gay, File)

Hammon, who plans to retire from the San Antonio Stars after this season, spent time working with coach Gregg Popovich and the Spurs last season and made a strong impression on an organization with a history of forward-thinking moves.

During the 2001-02 season, Cleveland Cavaliers coach John Lucas brought Lisa Boyer into the team’s practices and some games. Boyer, now an assistant at South Carolina, was not paid by the Cavaliers and did not travel with the team, but did work with the players and coaches that season.

Last season, Hammon attended Spurs practices, film sessions and sat behind the bench for the NBA champions at home game this season. She’s been friends with Spurs teammates Tony Parker and Tim Duncan since competing in an NBA All-Star shooting competition in 2008.

“I very much look forward to the addition of Becky Hammon to our staff,” Popovich said. “Having observed her working with our team this past season, I’m confident her basketball IQ, work ethic and interpersonal skills will be a great benefit to the Spurs.”

It’s the latest trailblazing move for the Spurs, who hired European coaching legend Ettore Messina to join Popovich’s staff earlier this summer and have been the leaders in bringing international players to the NBA for almost two decades.

The Spurs are coming off of their fifth NBA title, a decisive victory over the Miami Heat in June. The organization’s stature as the league’s gold standard, along with Popovich and GM RC Buford being viewed as two of the very best in the business, led other women who have long dreamed of coaching in the NBA to hope that this is the first major step toward bringing more women into the league.

“I was so excited and pleased and the one thing that people have to remember is that the San Antonio Spurs don’t do anything for effect,” said Nancy Lieberman, a former star player who was a head coach in the NBA Development League in 2009 and now serves as the GM of the Texas Legends. “That’s not who they are. They don’t do this for the record-breaking barrier. They do things out of respect.

Charlotte Hornets sideline reporter Stephanie Ready, who served as an assistant on the Coppin State men’s team as well as in the D-League, called Popovich the perfect person to hire Hammon.

“Because he’s proven he has a tremendous track record and he does not make bad decisions,” she said.

Hammon’s reputation as a smart, hard-nosed, tough-minded player makes her a perfect fit for Popovich’s staff, Ready said. Hammon made six All-Star teams and averaged 13.1 points in her 16 seasons.

“This will open the door for other women, even like myself,” Lieberman said. “My goal is to coach in the NBA and you’ve got to start somewhere. So this is a great day.” 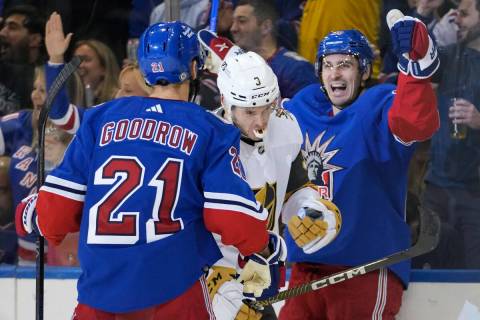