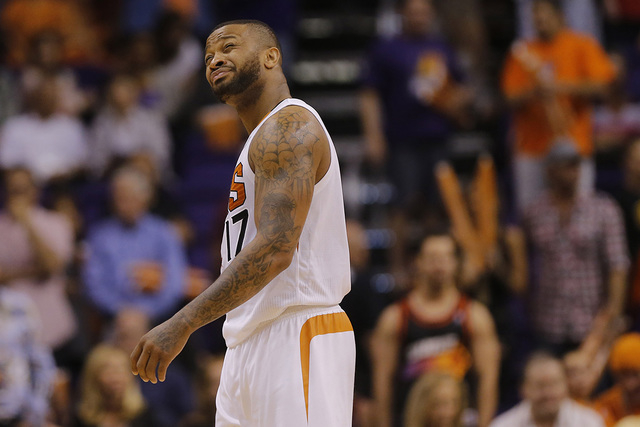 Phoenix Suns' P.J. Tucker looks at the scoreboard during the second half of an NBA basketball game against the Memphis Grizzlies, Monday, April 14, 2014, in Phoenix. (AP Photo/Matt York) 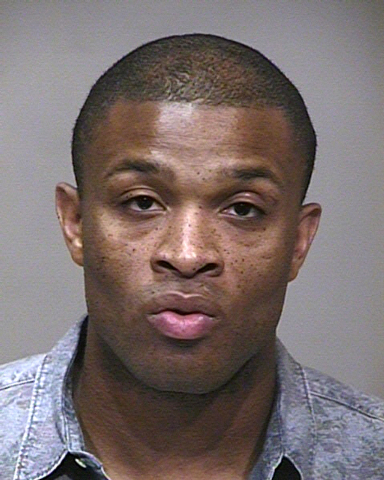 This May 10, 2014 photo provided by the Scottsdale Police Department shows Phoenix Suns forward P.J. Tucker in an arrest booking photo. Tucker, who police say had a blood alcohol level nearly three times the legal limit for operating a vehicle in Arizona, was charged with 'extreme drunken driving.' Tucker has since signed a three-year, $16.5 million contract $12.7 million guaranteed with the Suns. (AP Photo/Scottsdale Police Department)

SCOTTSDALE, Ariz. — Phoenix Suns forward P.J. Tucker was sentenced to three days in jail and 11 days of home detention Monday after pleading guilty to “super extreme” driving under the influence.

“I am truly sorry and I take full responsibility for my actions. No excuses,” Tucker said in a statement. “It is now my responsibility to examine my life and make the changes necessary to ensure this never happens again.”

Police say Tucker had a blood alcohol level of .22 after he was arrested May 10 in Scottsdale, nearly three times the legal limit in Arizona.

Tucker agreed to put an interlock device on his car for 18 months, undergo substance abuse counseling and pay fines of $2,750. He was placed on probation for up to five years.

Details of the punishment and Tucker’s statement were released by his attorneys following his court appearance on Monday.

“In considering this matter, we concluded that P.J. was sincere in his remorse and in his resolve to accept the consequences of his actions,” Suns President of Basketball Operations Lon Babby said. “We are convinced that he will take the necessary steps to avoid any such conduct in the future. The Suns do not in any way condone his conduct, but we do support him as he works through this.”

Tucker’s Mercedes Benz was pulled over by a Scottsdale police officer, and the police report said his speech was slurred, his eyes were bloodshot and he nearly fell over during the sobriety test.

The Suns were aware of the arrest when Tucker signed a three-year, $16.5 million contract in early July.

Tucker wrote of how blessed he was and that he was grateful no one was hurt.

He said the process of making life changes has begun “and will continue with the support of my family, friends and, of course, the amazing Phoenix Suns.”

“I will not let you down,” his statement concluded.