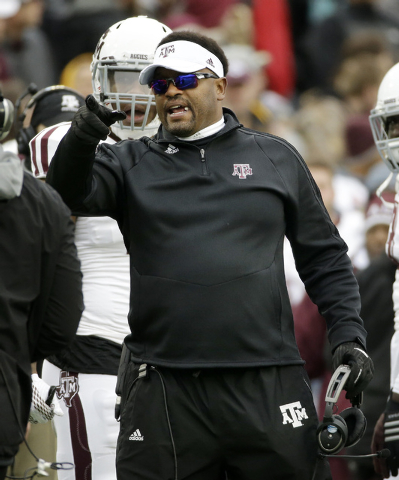 Coach Kevin Sumlin apologized to coach Dana Holgorsen, the two players who were hit and West Virginia overall. He said: “I am extremely disappointed and embarrassed, as his behavior reflected poorly on our program.”

Videos on Twitter late in the first half Monday showed Richardson using his elbow to hit one West Virginia player in the back of the head and pushing another Mountaineer in a separate incident as the Aggies were on their way to a win.

Richardson was a freshman linebacker at Texas A&M in 2012 when a spine injury during a game ended his playing career.